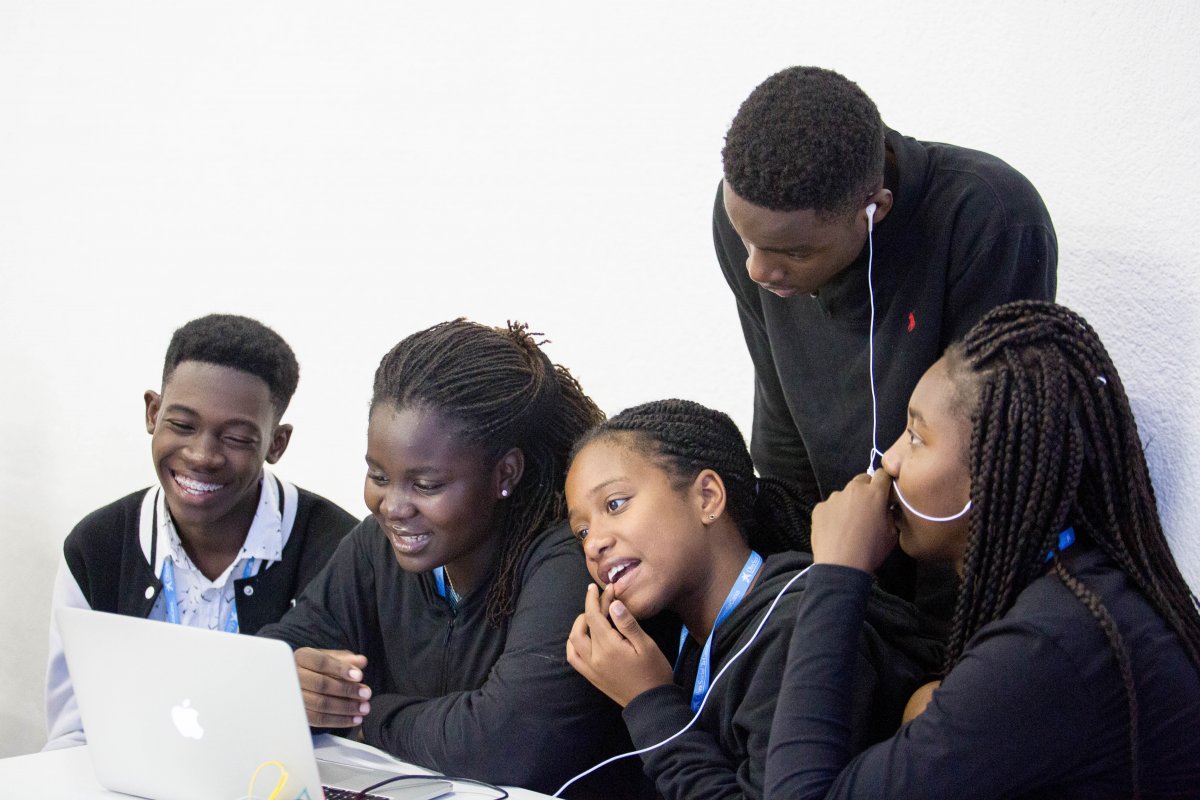 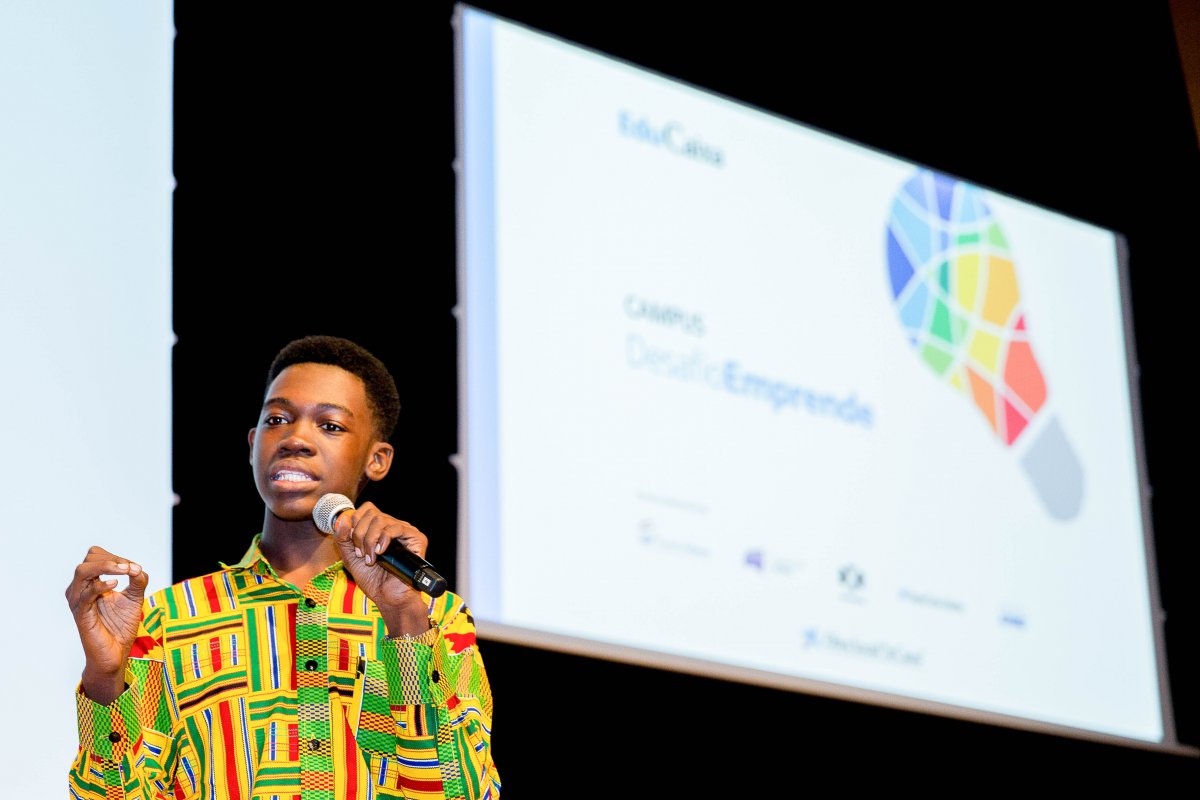 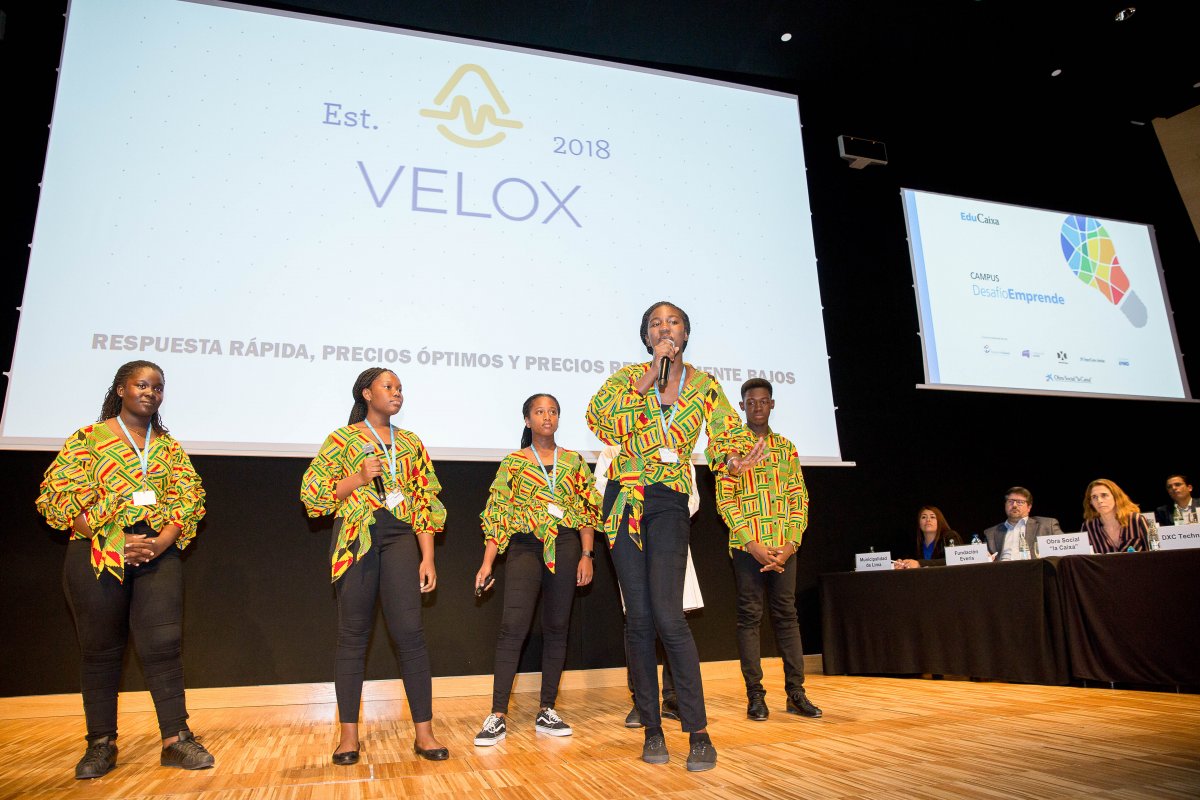 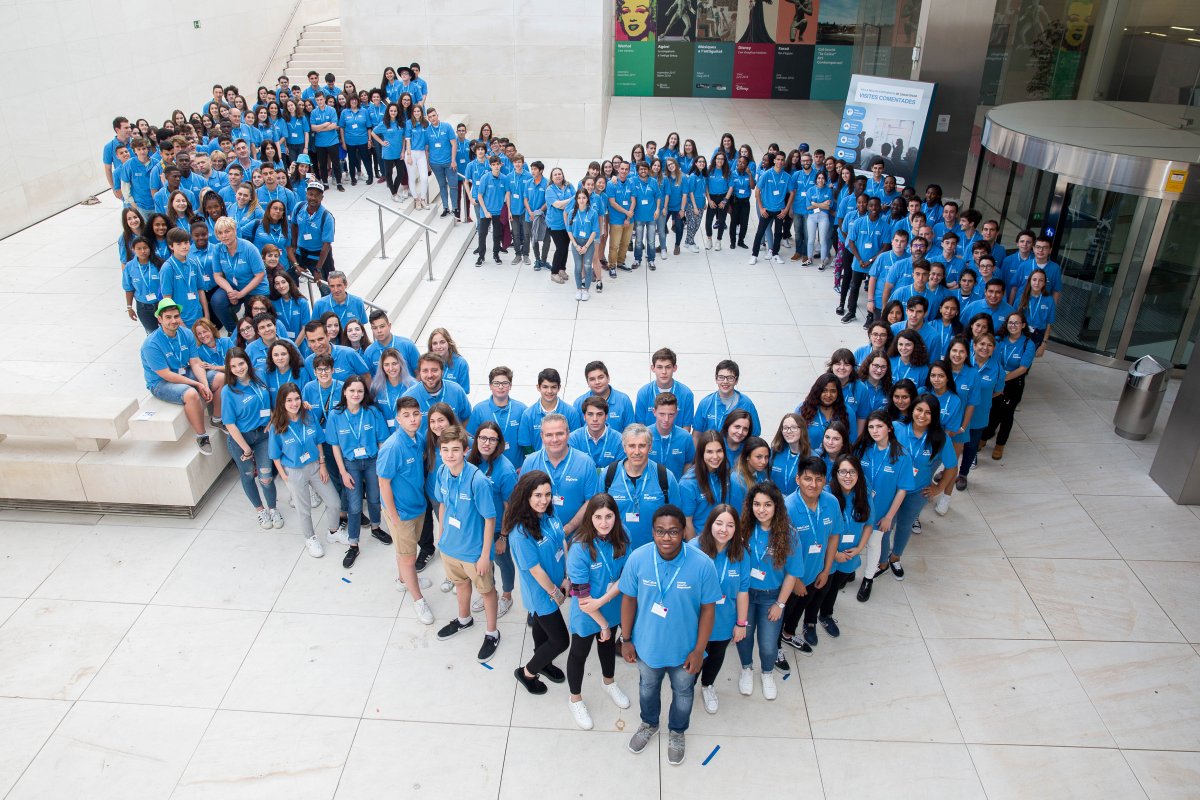 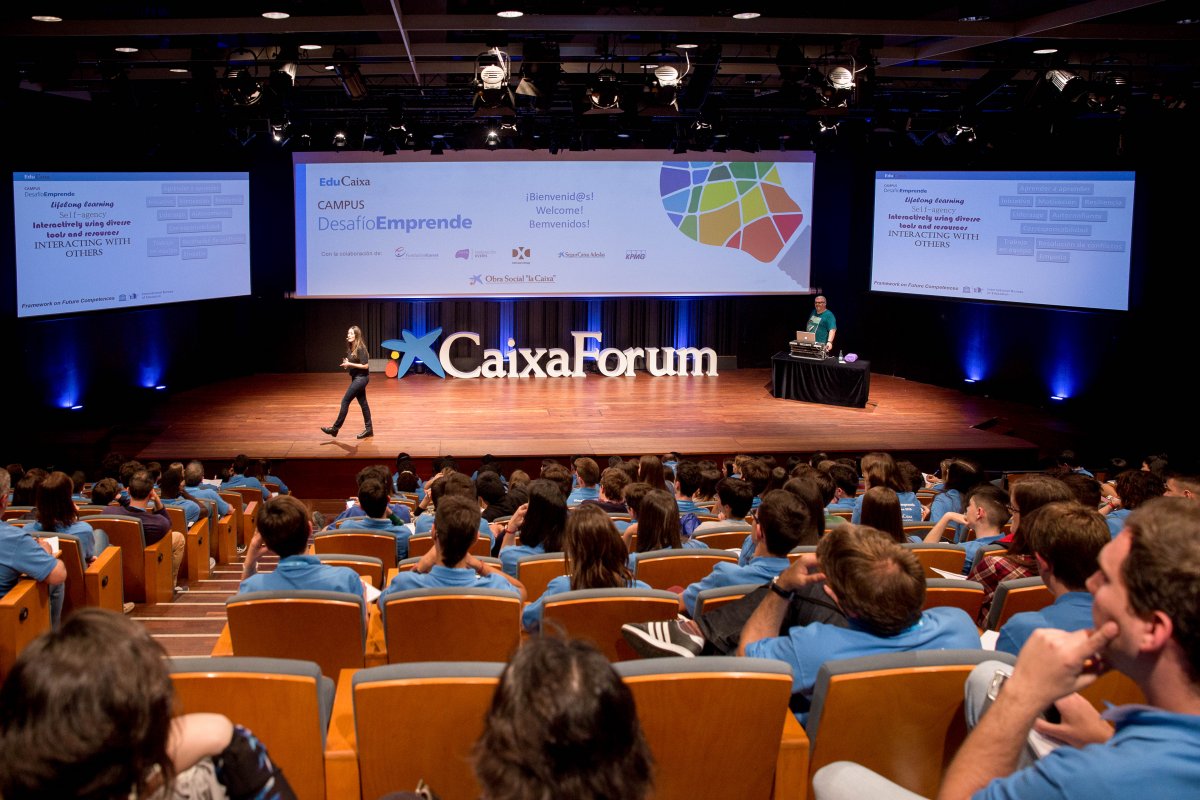 May 13, 2018. Barcelona – CEIBS has earned high praise from young students and teachers of Tema International School in Ghana for its support in ensuring their participation in the 2018 la Caixa Foundation competition in Spain. It was, once again, a demonstration of CEIBS’ commitment to the promotion of the entrepreneurial spirit among young people in Africa by making it possible for the continent to be represented during the competition. This is the second straight year CEIBS has played this role. This year, six students from Tema were among those participating from 40 schools across Europe, Africa and South America.

“I've benefited immensely from this competition,” said Edward Quansah, one of the six participants. “I’ve learnt a lot of things about starting and maintaining a business. The lessons on social entrepreneurship were especially helpful. I learned that in as much as we chase our dreams as young people, we need to always remember to help others and the environment. This has been a great opportunity for me and my colleagues to take the initiative to make an impact in our community. I have also become more confident and my public speaking skills have improved. I look forward to participating in more of these competitions.”

His team mate Charity Fafa Apreku also spoke of how the experience had broadened her horizons.  “It's been a great experience,” she said. “I met a lot of people who motivated me to do more and to open my options for the future. Additionally, I delved into a new culture and made new friends and I have also become more globally conscious. Most importantly I've learned more about what is necessary for a successful business, so I now have some really great ideas about setting up my own business in the future.  I have learned to think more innovatively and to see every problem as a new opportunity.”

Aimed at awakening the entrepreneurial abilities in students in second cycle institutions as well as promoting their personal growth and increasing their capacity for initiatives that are of value to both the students and their tutors, the competition provided participants with insights into the basic concept of the entrepreneur and entrepreneurship.

The six participants from Africa were selected during a rigorous process that included an initial selection of students from 13 secondary schools who were introduced to “KitCaixa”, a six-module syllabus that equipped them to innovate and observe the business world from new perspectives, while discovering new opportunities and developing real projects by themselves. They were groomed to develop an entrepreneurial attitude in identifying unresolved problems and unmet needs in Ghana and Africa as a whole. In teams, they were assigned roles in exploring ideas, creative thinking, coordinating, team building and communication; skills that were needed to accomplish their project presentations. After an initial assessment, three schools were shortlisted to the next stage of selection with Tema International School emerging as the eventual winners to represent Africa in the competition.

Ms. Elizabeth Osei Opoku, a tutor at the school who accompanied the students to the Barcelona event, said that her involvement in the competition has been a great experience as she has found it very educational and rewarding. “As a business teacher, l learnt a lot from experienced people which has helped to enrich my content for the classroom,” she said. “Although as part of the preparations for the competition I had to be out of the classroom many times, I am happy to have been a part of this. The competition has really had a positive impact on the students and we are establishing a la Caixa club in the school to prepare students in the entrepreneurship direction. She also had a word of appreciation for CEIBS. “I want to say a big thank you to CEIBS for investing time and money into the minds of the youth and inspiring them to have a positive impact on our society.”

She also had a suggestion on how the project could be expanded to benefit even more entrepreneurially minded youth. “It may be a good idea to organise the competition in schools in all the 10 regions of Ghana, with the winners from each region meeting to compete in a national competition where the ultimate winner will be selected to represent the country and continent,” she said.

Diana Nani, Programme Co-coordinator for the la Caixa Foundation Competition at the CEIBS Accra Campus, led the team to Barcelona. “It’s been very fulfilling working with the team,” she said. “It’s amazing how much they learned. They have been infused with so many ideas to go out there and make great changes in their communities.”

The overall winning team, which is yet to be announced, will visit and train in Silicon Valley.  Last year, CEIBS sponsored students from Merton International School in Accra, who represented Africa at the annual competition for the very first time.