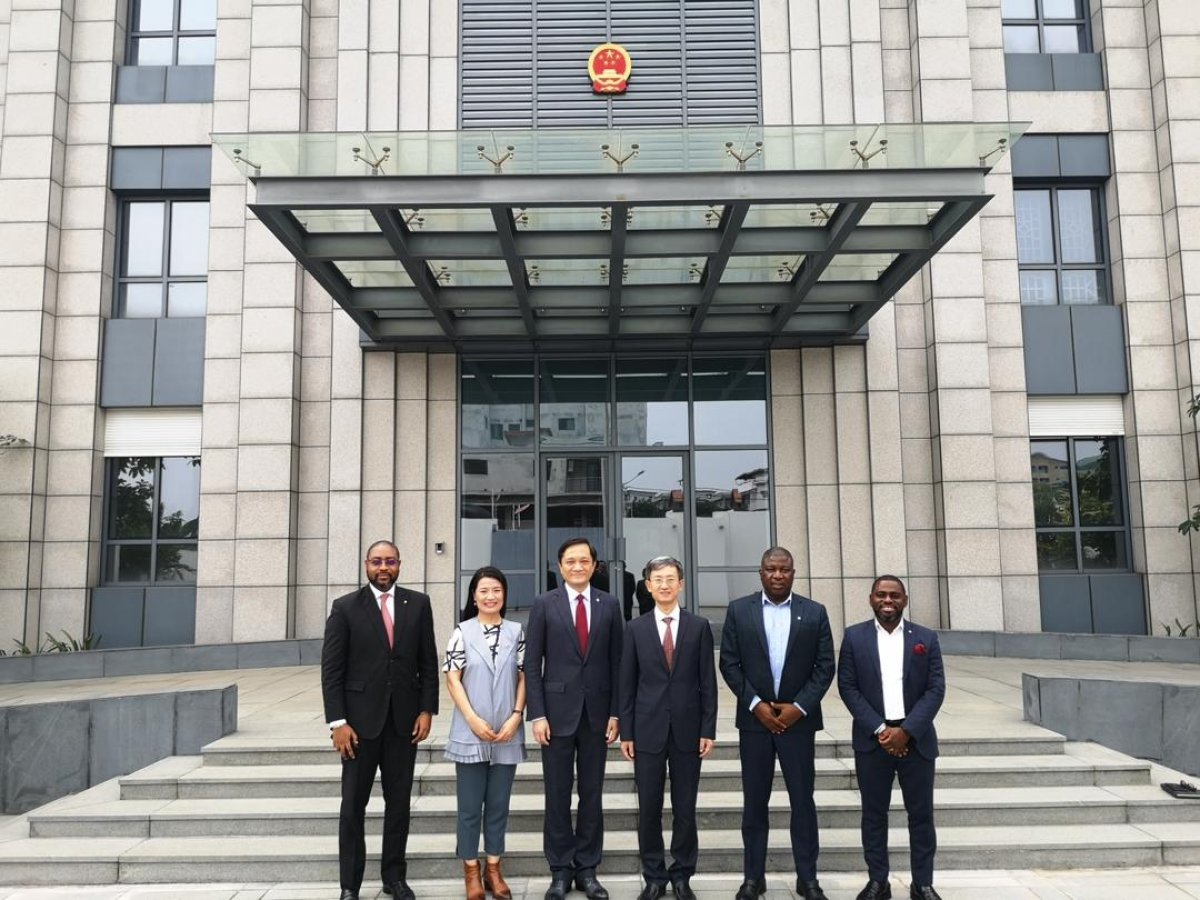 Prof. Ding, who is also in Abidjan to speak at a CEIBS alumni event, took the opportunity to visit the ambassador and formally introduce the school and its operations in Africa, and to brief the ambassador on the school’s efforts to assist in the country’s development. Prof. Ding sought the support of Mr. Wan in reaching out to Chinese enterprises in Ivory Coast to participate in activities initiated by CEIBS in the country.

Mr. Wan expressed appreciation for the school’s efforts in developing talent in Africa. He added that the government of China is very passionate about building a reciprocal and beneficial relationship with African countries and lauded CEIBS for its efforts in deepening this collaboration.

Prof. Ding also introduced the CEIBS Alumni Francophone Africa Chapter (CAFAC) and their activities in French-speaking Africa to Mr. Wan and requested they be granted an audience at the embassy when necessary.