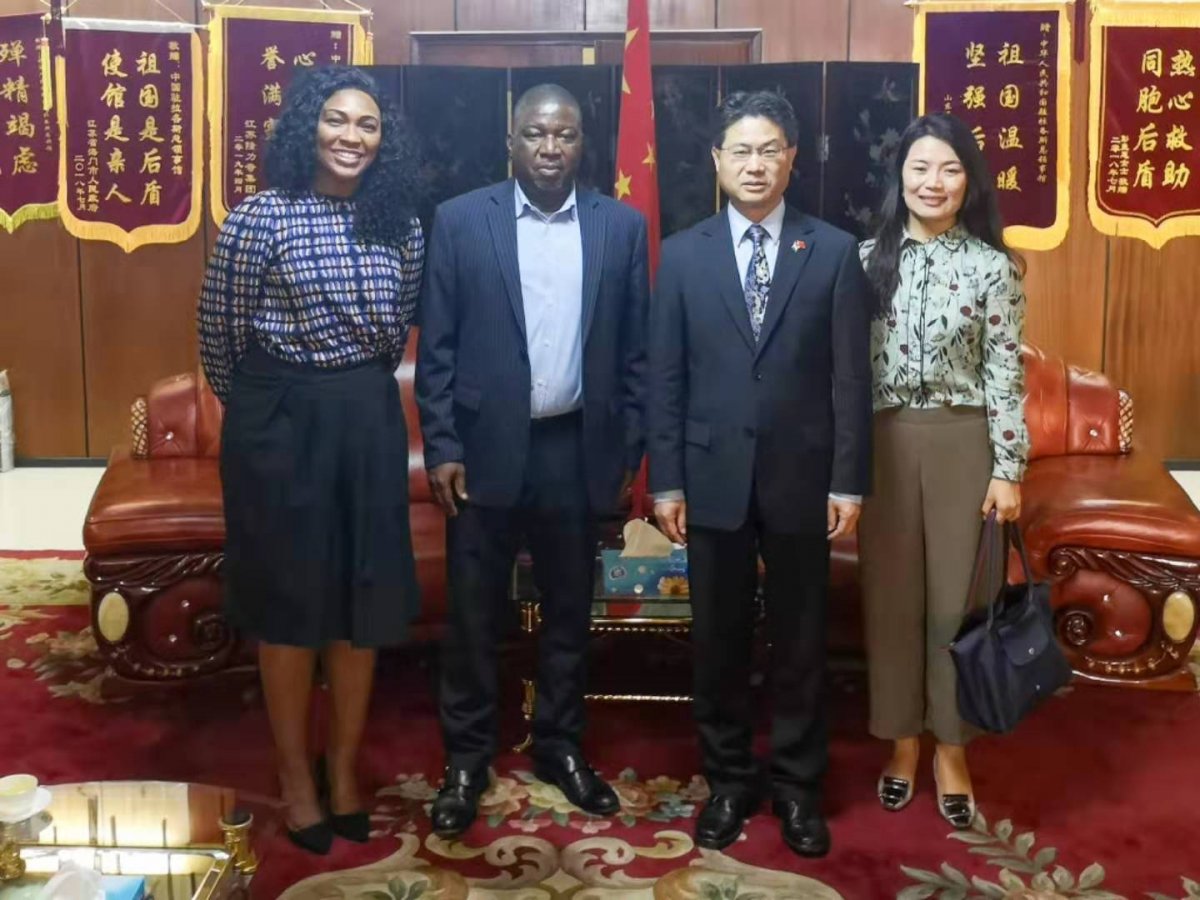 October 14, 2019. Lagos – A delegation from CEIBS Africa paid a courtesy call today to His Excellency, Chu Maoming, Consul General of the Consulate General of the People’s Republic of China in Lagos.

The visit was made to formally introduce CEIBS and its operations in Africa, but more specifically to ask for the support of Mr. Chu in strengthening the relationship between CEIBS and the Consulate General, as well as with Chinese enterprises in Nigeria.

Mr. Chu explained he was impressed with CEIBS’ efforts to promote co-operation between China and Africa. He noted that there is already particularly strong co-operation between China and Nigeria in economic development and that he is hopeful that CEIBS will make further contributions in this field. He further applauded CEIBS for its efforts in trying to share China’s experiences with leaders in Africa.

“I am very familiar with CEIBS as many of my colleagues have been to this prestigious institution and I was very happy when I heard you were visiting. I know that together we can do a lot of great things to benefit both China and Africa,” he said.

Mr. Chu also asked CEIBS to come on board in building capacity in entrepreneurship, the public sector and political leadership.

“We have been planning to hold a trade forum in Nigeria and now that you are here we want you to come on board,” he said. “We would like to develop capacity and we see no better partner for this than CEIBS.”

CEIBS Africa Executive Director Professor Mathew Tsamenyi expressed delight at the warm welcome from Mr. Chu and promised CEIBS’ would do its utmost to make such a partnership successful.

“We’re happy about your warm reception and decision to work with us,” he said, adding, “We are ready to work with you on the trade forum and any other programme in the future – we promise to bring our expertise on board.”