Participating The CEIBS Global Impact Investing Forum, during this session, you will acquire better understanding of:

· The Potential Leadership of China in Impact Investing and Sustainable Finance

· The Role of Accelerators/Incubators in Impact Investing & Showcase of Pipeline

We are looking forward to your presence, come and join us! 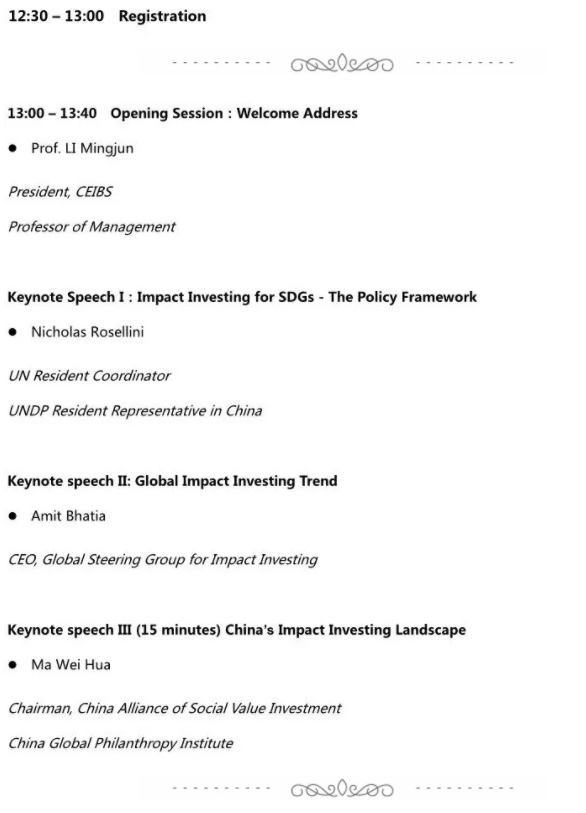 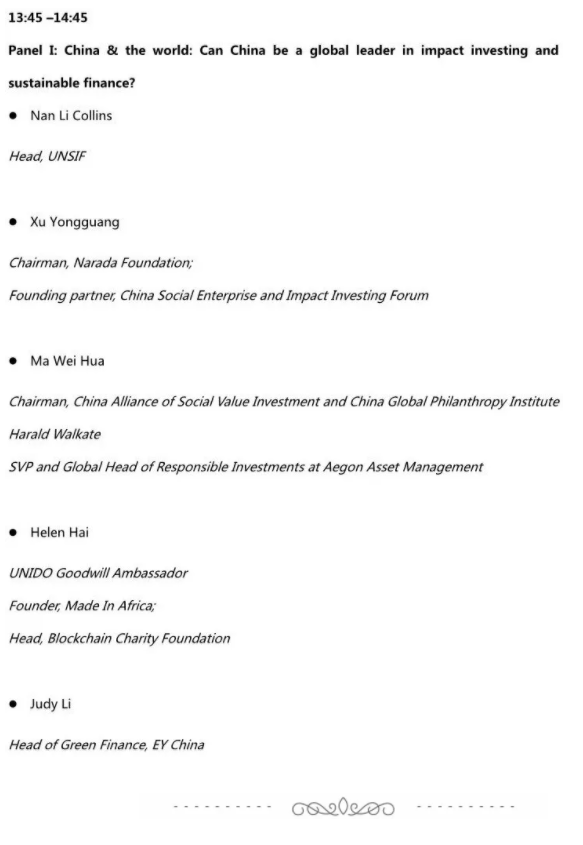 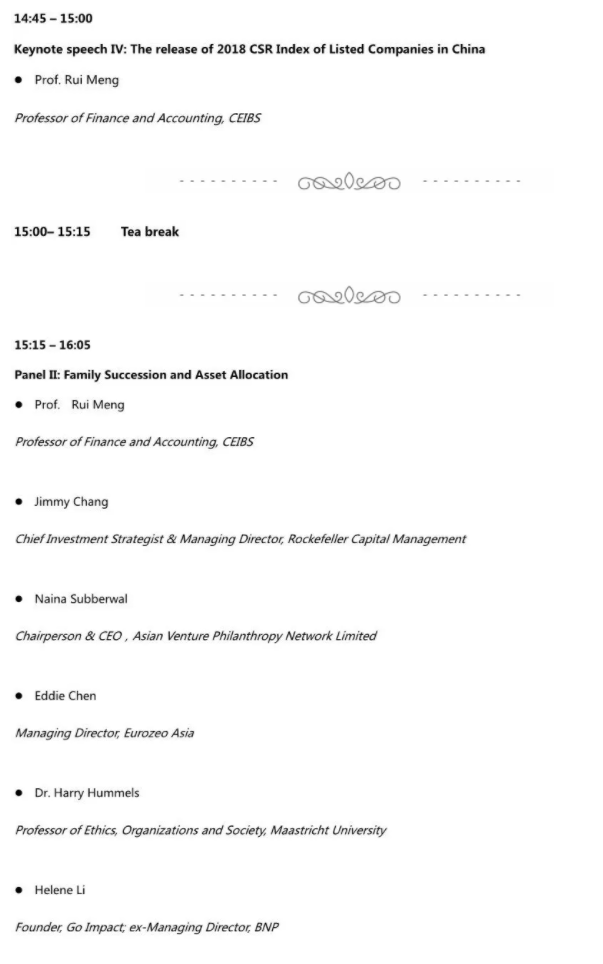 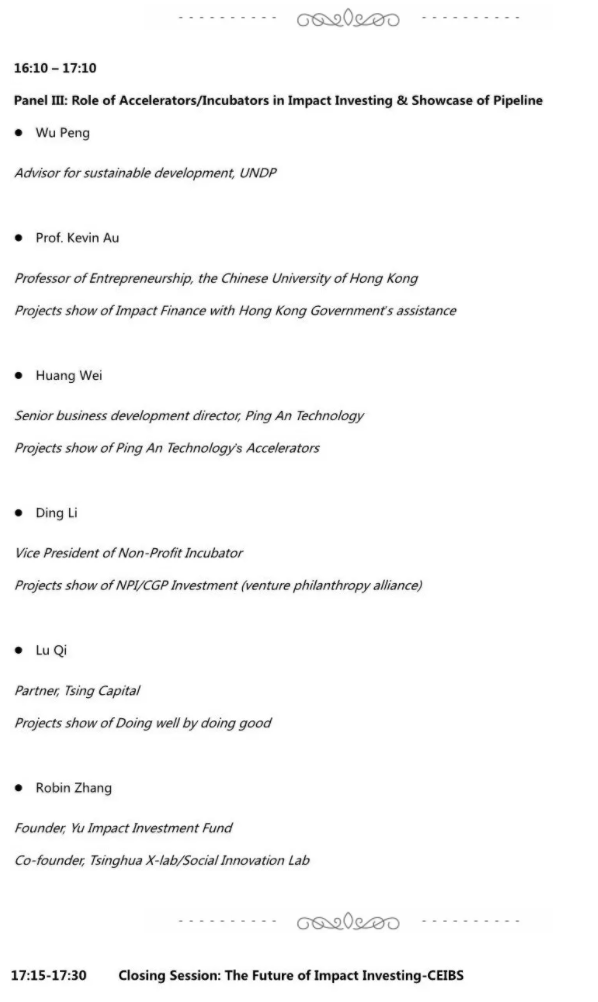 Nicholas Rosellini (Italy) took up his assignment as the UN Resident Coordinator, and UNDP Resident Representative in the People's Republic of China in October 2016. Prior to this, he served as UNDP Deputy Assistant Administrator and Deputy Regional Director for Asia and the Pacific since January 2009, and most recently also as Director of the Bangkok Regional Hub. Nicholas has also served as UN Resident Coordinator/UNDP Resident Representative in Bhutan (2005-2008). Nicholas holds a Master's degree in Economics from the London School of Economics and a Bachelor's degree in Economics from Bristol University in the United Kingdom.

Amit Bhatia is the inaugural CEO of The Global Steering Group of Impact Investment or GSG since 2017, an independent multilateral, catalysing impact investment and entrepreneurship to benefit people and the planet, through eco-system development. An alumnus of Shri Ram College of Commerce (1989) and Delhi School of Economics (1991), Amit quit a successful corporate career in 2007, to become an award-winning social entrepreneur. Amit has been Founder of McKinsey Knowledge Center; Founding CEO of WNS Knowledge Services; Country Manager of FreeMarkets; Founder & Chair of Aspire, a social enterprise in Education; and, Founding CEO of India’s Impact Investors Council.

Mr. WeiHua Ma, former CEO of China Merchants Bank. He is currently a member of Shenzhen Finance Institute. Within 30 years from 1982 to 2013, Mr. Ma took the position in Family Planning Commission of Liao Ning, Liao Ning Province Party Committee Office, and CPC An Hui Province Party Committee Office. Furthermore, he used to work as Vice President of The People’s Bank of China, Deputy Director-General of Department of Budget Planning, President of The People’s Bank of China (Hai Nan Division), Director of State Administration of Exchange Control and other core positions.

Dr. Meng Rui is Professor of Finance and Accounting, Zhongkun Group Chair in Finance at CEIBS，Director of CEIBS Center for Wealth Management. He is also professionally designated as Certified Financial Analyst (CFA) and Financial Risk Manager (FRM). Prior to joining CEIBS, Dr. Rui was a tenured Professor at Chinese University of Hong Kong. He has taught a variety of courses at both the graduate and undergraduate levels at the Chinese University of Hong Kong, Tsinghua University, Shanghai National Institute of Accounting, and Hong Kong Polytechnic University. Prof. Rui is also an award winning teacher and researcher. He received the Faculty Teaching Award at the Chinese University of Hong Kong, six years in a row, from 2004 to 2009. He received the 2013 Research Excellence Award at CEIBS and was awarded the first CEIBS Medal for Research Excellence in 2015 and the Teaching Excellence Award at CEIBS in 2017.