The annual CEIBS New Year’s concert in Shanghai is coming again, and it is the 11th time that CEIBS has held such an event. To ring in the New Year, CEIBS and the alumni-run company, Tospur Real Estate Consulting Co., Ltd., will treat the CEIBS community to the English musical Gone with the Wind, a heart-wrenching romantic epic that chronicles the growth of a woman.

The event has garnered support from all walks of life, and our special thanks go to Tospur, whose invaluable help is deeply appreciated.

There are four major changes concerning this year’s event.

01: Time: To ensure a better performance and more elaborate arrangement, the time of the event will be changed from December to January.

02: Venue: The venue will be changed from CIEBS Conference Center to SAIC·Shanghai Culture Square, which can accommodate more audience.

03: Form of Performance: The New Year’s Opera Night will be changed to the Musical Night to deliver a stunning visual feast (3.5 hours) on a more splendid stage.

CEIBS PLUS mini program on WeChat will be the only official application channel for this year’s event. Remember to bind your account before applying for the ticket. Please tap “Read more” for detailed procedures.

All of these changes are made to guarantee a wonderful and memorable New Year event for the CEIBS community. What remain unchanged are the premium performance and the efficient operating team at your service. 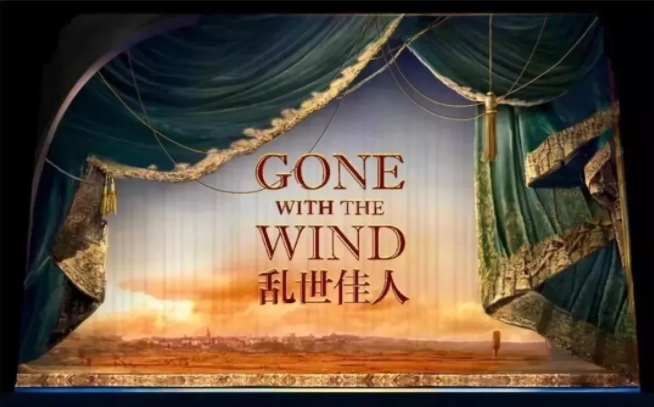 Best-Selling Novel in the World

Winner of the Pulitzer Prize for Fiction

Top-Grossing Play in Korea for 3 Years

200 Performances in 6 Months in the First French Tour

Gone with the Wind is the only novel by American writer Margaret Mitchell. Spanning from the idyllic life of the antebellum South to the cruelty of war, this epic story laments the passing of an era through the struggle of a woman.

The English musical Gone with the Wind adapted by legendary producers aims to enchant he audience with a dazzling night. The stage design draws inspiration from the novel and overshadows the movie. With 4 leading roles, 500 fancy costumes, and ¥40 million of investment, the perfect recreation of 10 classic scenes brings the story to life and immerses the audience in a theatrical world wild with imagination.

Gerard Presgurvic is one of the greatest French popular composers and musical masters. Presgurvic, together with Schönberg and Cocciante, composers of Les Misérables and Notre-Dame de Paris respectively, are hailed as “three musketeers” of French musicals. He is best known for such musicals as Romeo et Juliette, Les Dix Commandements, and Gone with the Wind.

Frantz Morel is a senior French musical director and winner of Molière Award and French Musical Award. His works include Le Roi Soleil, Pinocchio, Romeo et Juliette, and Mama Mia. He showed unique insights in the adaptation of Gone with the Wind.

She has played Christine in The Phantom of the Opera and Ariel in The Little Mermaid. Witty, beautiful and confident, she is the destined Broadway heroine.

He has starred in famous musicals including Mama Mia, My Fair Lady, Les Miserables, Richard III, and Christmas Carol. He is the modern incarnation of Clark Gable.

He is a popular musical star and rock star in France, known for his performance in Notre Dame de Paris, Romeo et Juliette, and Jesus Christ Superstar. He played Ashley in the French version of Gone with the Wind 15 years ago, a perfect fit for this romantic figure.

She was the popular contestant in The Voice, the American singing competition, and released her own album. Like Melanie, she is a strong and confident woman despite her gentle appearance.

Heavy investment, 15 trucks of stage props, and exquisite design contribute to the perfect recreation of ten classic scenes in the novel, including the elegant landscape of Twelve Oaks, atrocities of the Civil War, and battered Tara standing in ruins. Huge curtains and steel beams, two prominent features in set design, expose the stark contrast between the soft and the rigid, the classical and the modern, as well as the pastoral life and the industrial revolution. The gorgeous classical style with a touch of post-industrial modernity brings this historical saga to life in 150 minutes.

500 costumes, including 320 dresses and180 pieces of menswear, and 100 wigs packed in 120 flight cases are the secret to the play’s vintage style. From ladies, gentlemen, to soldiers, from well-dressed nobility to ragged black slaves, you can feast your eyes on the magnificent 19th century.

9 dresses tell the ups and downs of Scarlett’s life, including the iconic green curtain dress in her “rebirth” and the red dress in her conflict with Rhett. They mark her transition from a naïve girl to a lonely widow, from her love of luxury before the war to the postwar adoption of simplicity.