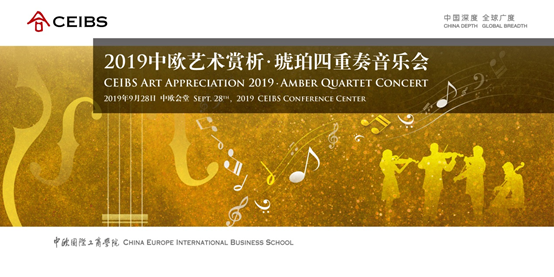 This autumn, CEIBS will invite the renowned Amber Quartet to present a string quartet concert at Shanghai campus. As our art appreciation series events, the musicians will not only play the works of Beethoven, Mendelssohn, Bartok and Wang Liping, but will also give an appreciation with their extensive musical knowledge, to lead you to the world of classical music. 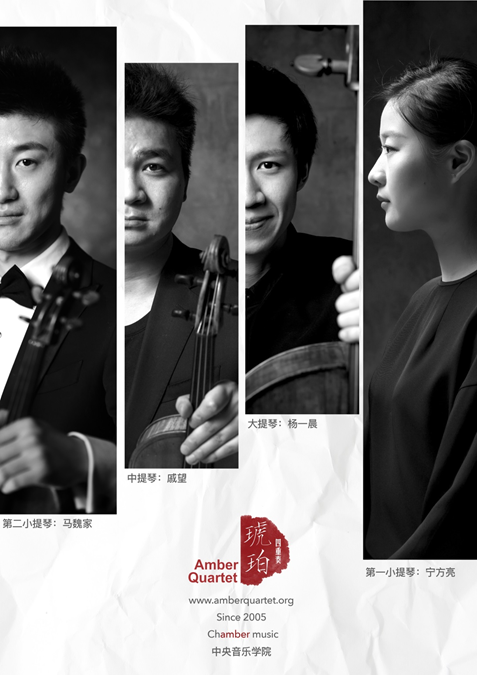 The Amber Quartet has also devoted to academic and research field and they were proved to be capable and visionary. The Amber Quartet has performed over one hundred works of string quartet covering the history of Western music for over four hundred years. Meanwhile, the Amber Quartet pays great attention on promoting Chinese chamber compositions. In recent years, the Amber Quartet has collaborated with composers and musicians in traditional Chinese music and premiered many chamber works that combine Western and Eastern elements. In 2018, the Amber Quartet and Professor Lan Pan in musicology from Central Conservatory of Music co-founded the innovative key research project Deep Integration of Performance and Theory. Based on the high-level musicality and academic achievement, the Amber Quartet was selected in the 2019 Youth Talent Funding Program of China National Art Foundation.

Members of the Amber Quartet have multiple achievements in music education. Fangliang Ning, Wang Qi, Yichen Yang are formal teachers at Central Conservatory of Music in chamber music and string performance. Starting from 2015 they have taught over forty students who won awards in various chamber and solo competitions. Besides regular teaching, they encouraged and led students in public welfare activities including High-end Music Entering College benefit concert and benefit lectures at NCPA, which received positive social responses. Members of the Amber Quartet have committed themselves to the popularization of classical music through Amber Quartet Concert Plus, an integrated and creative lecture-concert series aiming at fostering mass audience to appreciate classical music. 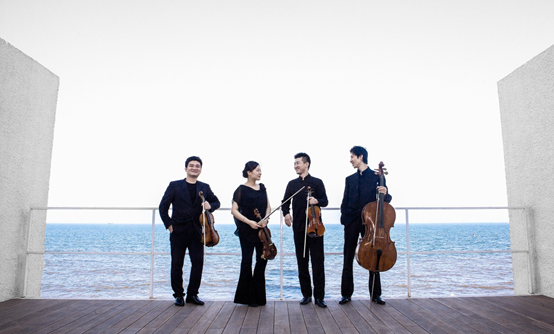 Ms. Ning was educated at The Middle School Affiliated to Central Conservatory of Music, Central Conservatory of Music (CCOM), after that she was admitted by the graduate college of CCOM with test and fee waive. She had acted as the concertmaster of China Youth Symphony Orchestra and Seiji Ozawa Music Academy, and was described by Seiji Ozawa as “an extraordinarily talented and outstanding concertmaster”. Ms. Ning was rewarded First Class Scholarship and Excellent Musician Scholarship, as well as been guided and praised by domestic and foreign musicians including Zukerman and Midori.

Ms. Ning has attained remarkable achievements in both solo and chamber. As the first violin, she founded Amber Quartet and Dacapo Piano Trio in 2005.

In 2005, he participated in the creation of "Amber Quartet" and served second violins for seven years. The former Berlin Philharmonic Orchestra chief Rainer Kussmaul praised it as "the best second violin."

Since 2011, he has worked in the first violin of the orchestra of China National Grand Theater, and has performed more than 20 operas, as well as many symphony concerts and chamber music concerts.

Qi Wang, was born in a musical family. He studied viola at the Central Conservatory of Music China from 2003 to 2007.

Graduated from the Central Conservatory of Music in 2007 and obtained a bachelor's degree.He has twice winning the China International Viola Competition.

From 2007 to 2011 he was studying in the University of the Arts in Berlin, Germany, and obtained the degree of Master and soloist.

While studying in Germany, he was once a member of the Berlin Philharmonic internship.He played the String Quartet in five years.

Yang Yichen was born in Beijing in 1988 and his native place is Taiwan. He was born into a family of music tradition and his grandfather is composer Jiang Wenye. From 1999 to 2007, he was admitted by the primary school and the middle school affiliated to Central Conservatory of Music and then Central Conservatory of Music (CCOM) by getting first place in all the relevant entrance examinations. In 2010, by excellent academic results, he was admitted by the graduate college of CCOM. Mr. Yang studies with Prof. Song Tao and Prof. Zhu Yibing successively.

Mr. Yang’s musical talent was obvious at a young age and debuted when he was only 6. At the age of 14, he was acted as a soloist in collaboration with Xiamen Symphony Orchestra to perform Dmitry Kabalevsky’s Cello Concerto.

Mr.Yang has attained remarkable achievements in both solo and chamber. As a core member, he founded Amber Quartet and Dacapo Piano Trio in 2005.

Dacapo Piano Trio won gold medal in Cuellar-Nathan Chamber Competition of CCOM and won praise of Menahem Pressler, the chair of the jury. Mr.Yang is also the founding member of China Cello Philharmonic. Since 2005, they have given nearly 300 performances throughout the municipal concerts and institutions of higher education. In 2010, they were invited to the Netherland Cello Biennale.