With CEIBS Alumni Reunion 2018 just around the corner, Flute and String Quartet Concert of Berlin Philharmonic Orchestra will be staged at 7:00 p.m. on November 17 to cap off the year-round CEIBS Art Season launched in 2018.

This Concert will assemble a star-studded cast: Emmanuel Pahud, hailed as “Prince of the Flute”, and three string music masters (Maja Avramovic, Joaquin Riquelme Garcia and Stephen Koncz) from Berlin Philharmonic Orchestra, together with the guest performer Prof. He Shengqi from Shanghai Conservatory of Music. As a chief flutist of Berlin Philharmonic Orchestra, Emmanuel Pahud is world-renowned for his elegant and extraordinary skills, with numerous international awards under his belt. Prof. He Shengqi is a leading figure in China’s flute field, with a wealth of experience and creative ideas in teaching. For years, he has been committed to introducing China’s flute music to the overseas audience. 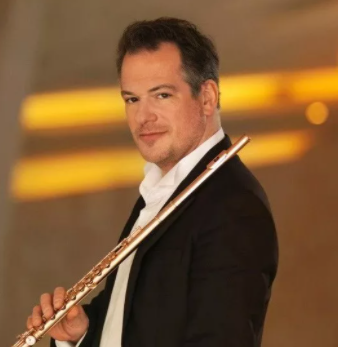 Emmanuel Pahud (born 27 January 1970) is a Franco-Swiss flute player. He was born in Geneva, Switzerland. Pahud is most known for his baroque and Classical flute repertory. He was born into a nonmusical family. As a young boy living in Italy, Pahud was captivated by the sounds of the flute. From the age of four to the age of 22, he was tutored and mentored by famous flutists such as François Binet, Carlos Bruneel and Aurèle Nicolet. Classically trained at the Conservatoire de Paris, he leapt into the international orchestral and solo music scene when he joined the Berlin Philharmonic Orchestra in 1992. His versatility in music styles over the years has "signaled the arrival of a new master flautist" (The Guardian). He plays in diverse music genres, whether baroque, jazz, contemporary, classical, orchestral, or chamber music.

Shengqi He, senior flute graduate tutor and flute peak discipline chief professor of Shanghai Conservatory of Music, chief professor of Pa-He International Flute Art Center in Shanghai Conservatory of Music, as known as the flute leading figure of China and the most influential and widely respected flutist and educator in China’s domestic and international.

He has more than 30 years of successed flute teaching history and his students are all over the world. He also has more than 30 years of stage performance history and he is renowned both at home and abroad flute art field. He has deep personal relationships with both the world's flute Kings J. Galway and E. Pahud. His lectures, performances and concerts have received international attentions, he is the pioneer of flute art field in China and he held series of flute activities which have dominant influences within Chinese Flute audiences and achieve many of flute memorable moments and peak reproductions in China. He shared a unique contribution in promoting flute popularity, professionality and internationality in China, he contributes a unique concept in flute discipline research and demonstrates a unique skill in flute playing; he made outstanding achievements in the International flute field.

Maja Avramovic was born in Nis, former Jugoslavia. In 1981 she completed her violin education in a boarding school which for music talents and received a diploma.
During her time at school she won a number of prizes in national contests. After her emigration to the Federal Republic of Germany, Maja Avramovic studied in the masterclass under Igor Ozim until she reached her artistical matriculation.
Before the violinist joined the Berlin Philharmonic in 1996, she performed in a number of German orchestras. Maja Avramovic is also a member of the "Divertimento Berlin". 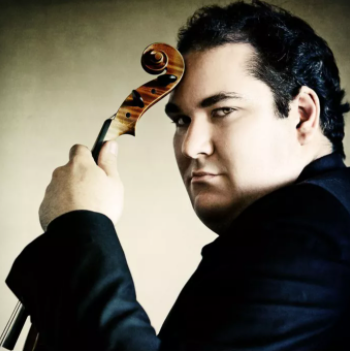 Joaquin Riquelme Garcia was born in Murcia, Spain in 1983. He is a Spanish viola soloist and member of the Berlin Philharmonic. Joaquin started his music studies in Murcia, before moving to Madrid to study at the Madrid Royal Conservatory. Later he studied at the Berlin University of the Arts, where he was a student of Hartmut Rohde. He was awarded prizes at the International Festival of Youth Orchestras (Murcia), the Tomas Lestan Viola Competition, the Seventh Concurso Villa de Llanes and the Carl Flesch Academy Prize. He is an active viola soloist and concerto engagements include the Valles Symphony Orchestra, the Barcelona Symphony and Catalonia National Orchestra, the Orquesta Sinfonica de la Region de Murcia, the Symphony Orchestra of the RCSMM, the Spanish National Youth Orchestra and the Andorran National Orchestra. At 23 he was made joint principal viola of the Barcelona Symphony and Catalonia National Orchestra and in March 2010 he became a full member of the Berlin Philharmonic. 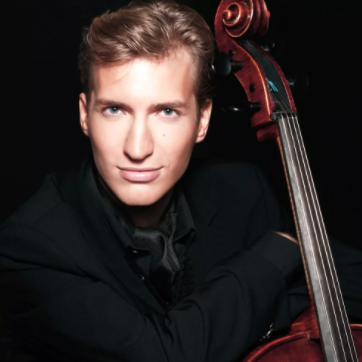 Born in Vienna in 1984 into an Austro-Hungarian family of musicians, cellist Stephan Koncz started studying at the University for Music in Vienna with Valentin Erben (Alban Berg Quartet) at the age of 8. In 2000 he continued his studies with the principal cellist of the Vienna Philharmonic, Robert Nagy, and additionally pursued a double-major in conducting and composition. An avid chamber musician, Mr. Koncz has collaborated with Julian Rachlin, Gabor Takacs-Nagy, Dmitry Sitkovetsky, "The 12 Cellists of the Berlin Philharmonic", and has had master classes with Steven Isserlis, Daniel Barenboim, and Heinrich Schiff. After being a member of the Vienna State Opera Orchestra / Vienna Philharmonic for two years he became a member of the Berlin Philharmonic in 2010.

The Flute Quartet No. 3 in C Major (K.285b) was composed by Mozart in his late years, between 1781 and 1782, for the amateur flutist Ferdinand De Jean. This Quartet is in two movements: 1. allegro; 2. andantino, theme and variations. The second movement was adapted by Mozart from the sixth movement of his Serenade No. 10 in B Flat Major (K. 361).

“Song of Emancipation” for Flute

The Song of Emancipation is a folk song with the lyrics based on Daoqing tunes common in northern Shaanxi Province. In 1942, the cultural and artistic workers from Lu Xun Institute of Arts in the city of Yan’an collected and collated a huge number of folk music works popular in northern Shaanxi Province. Impressed by the passionate Daoqing tunes, they decided to compose a new musical piece based on this genre to extol serfs, who became masters of their own fate under the leadership of the Communist Party of China. Emotionally, this work is divided into three parts. The first part, in an allegro form, is aimed at expressing emancipated serfs’ joys. The second part, in a slowing tempo, depicts how serfs were trampled upon in the Old Society. The third part, in which the tempo changes from an allegretto to an allegro, sings high praises of serfs’ spirit to stand up and fight for their freedom. This Concert will present a version for flute based on the quartet.

As Mozart’s most well-known and complete flute quartet, the Flute Quartet No. 1 in D Major (K.825) is in three movements: 1. sonata; 2. adagio in a triple meter. The aria-like flute solo was accompanied by three string instruments, on which performers play broken chords by plucking the strings. The second movement is associated with the Dance of the Blessed Spirits for solo flute in Act II of Orpheus and Eurydice by the German composer Christoph Willibald Gluck in the same period. The second movement incessantly connects with the third movement, which is a rondo in a duple meter. Classical composers were given to bringing a musical piece to a cheerful close.

The Flute Quartet No.2 in G Major (K.285a) is the second of the three quartets Mozart composed, between 1777 and 1778, for the amateur flutist Ferdinand De Jean. The Quartet is in two movements: 1. andante; 2. tempo di menuetto. Different from the previous chamber music in a quick-slow-quick rhythm, this Quartet features similarities between the two movements in terms of structure, tonality, tempo and meter, with minor differences only in harmony and dialogue style.

Titled “American”, this Quartet was Antonín Dvořák’s second work after the New World Symphony during his stay in the US. Hailed as the “father of chamber music”, Dvořák left behind a vast repertoire of chamber music works. The “American” String Quartet No.12 was the most popular among his 14 string quartets. As with the Symphony No.9 “From the New World”, Dvořák fused melodious black music into this Quartet to express a yearning for his hometown. This Concert will present a version adapted by the cellist Stefan Koncz.

This Concert will be a feast for all art lovers. Please do not miss this precious opportunity! The ticketing link will be opened soon. Please stay focused!