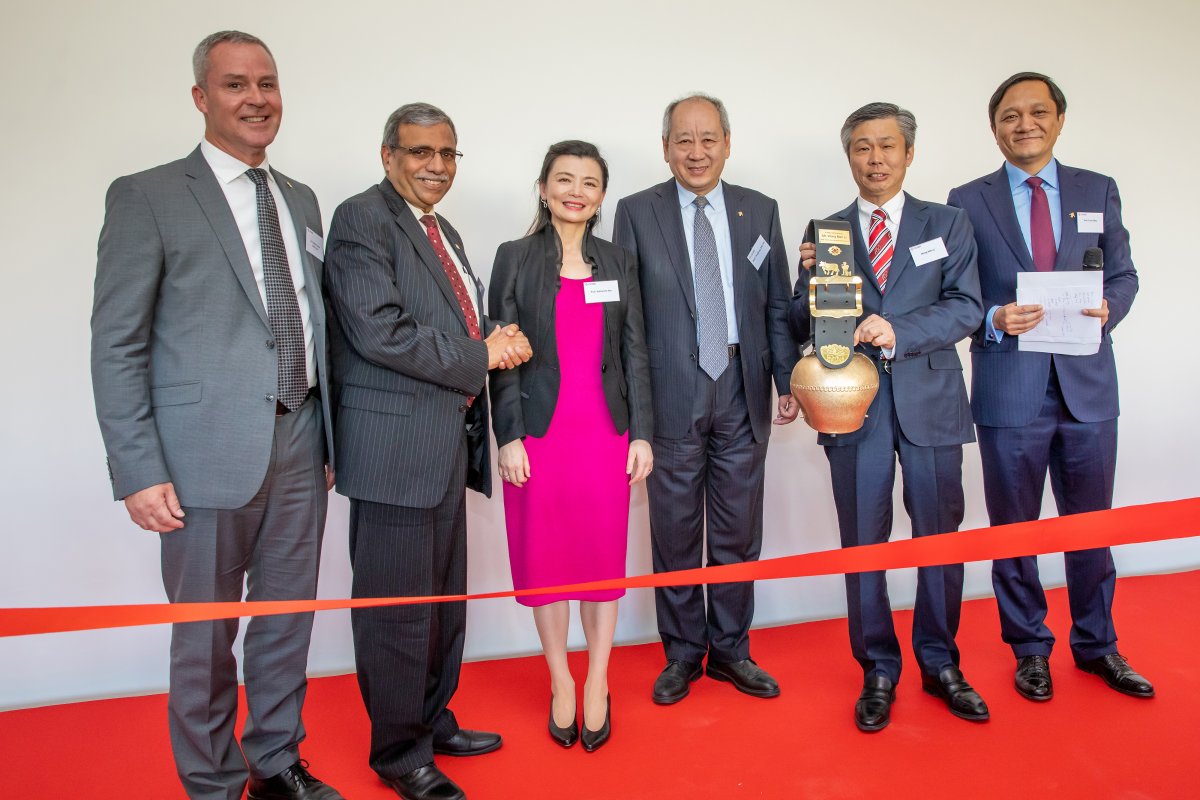 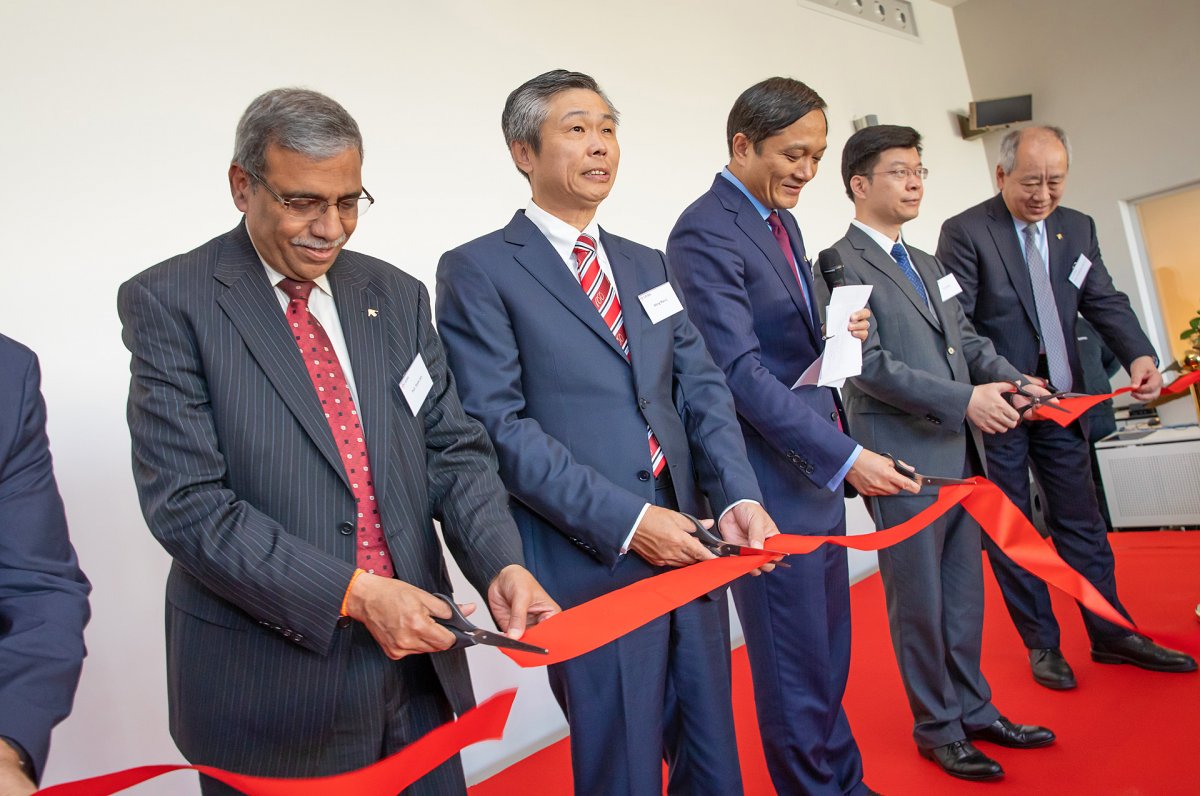 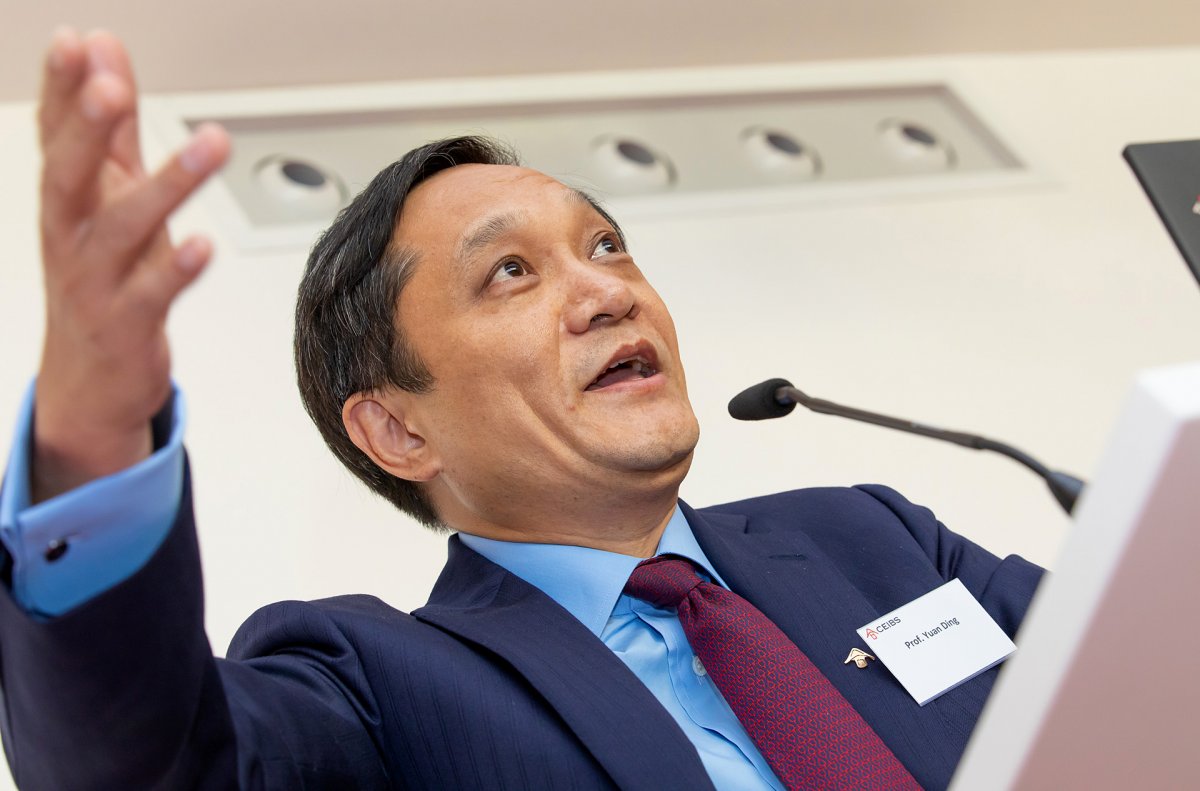 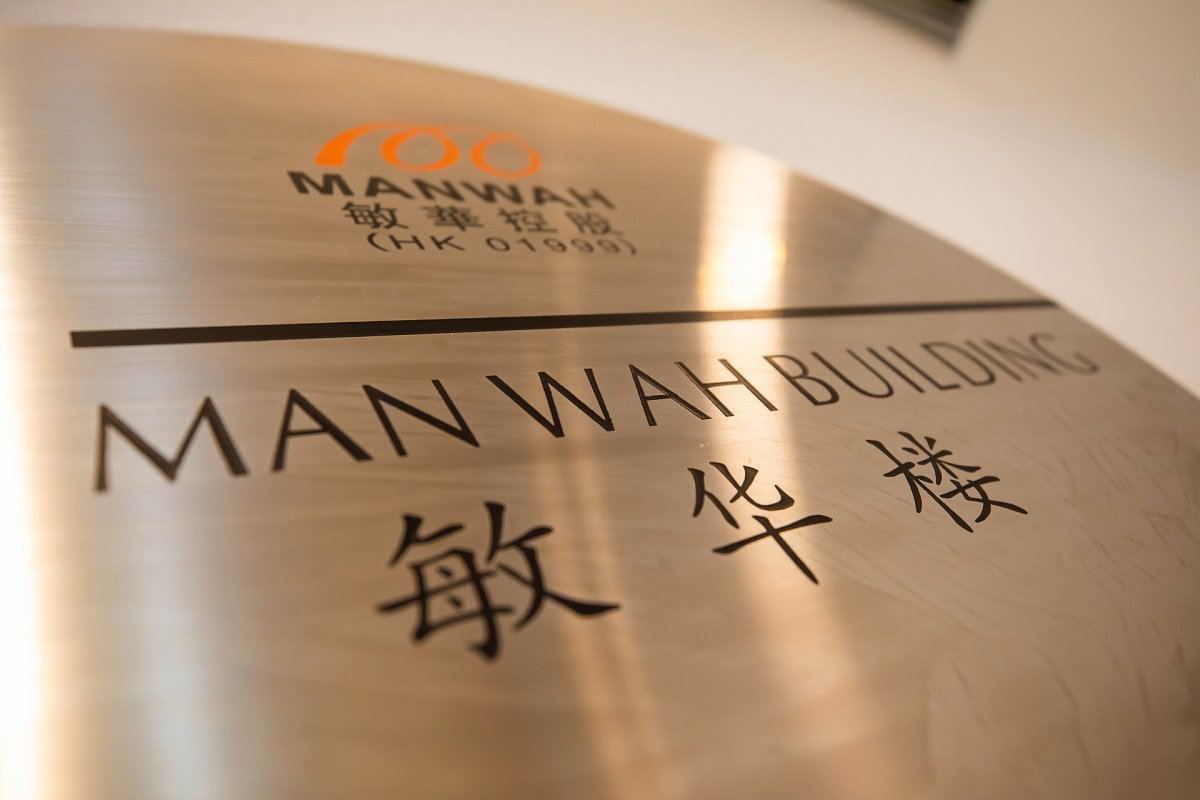 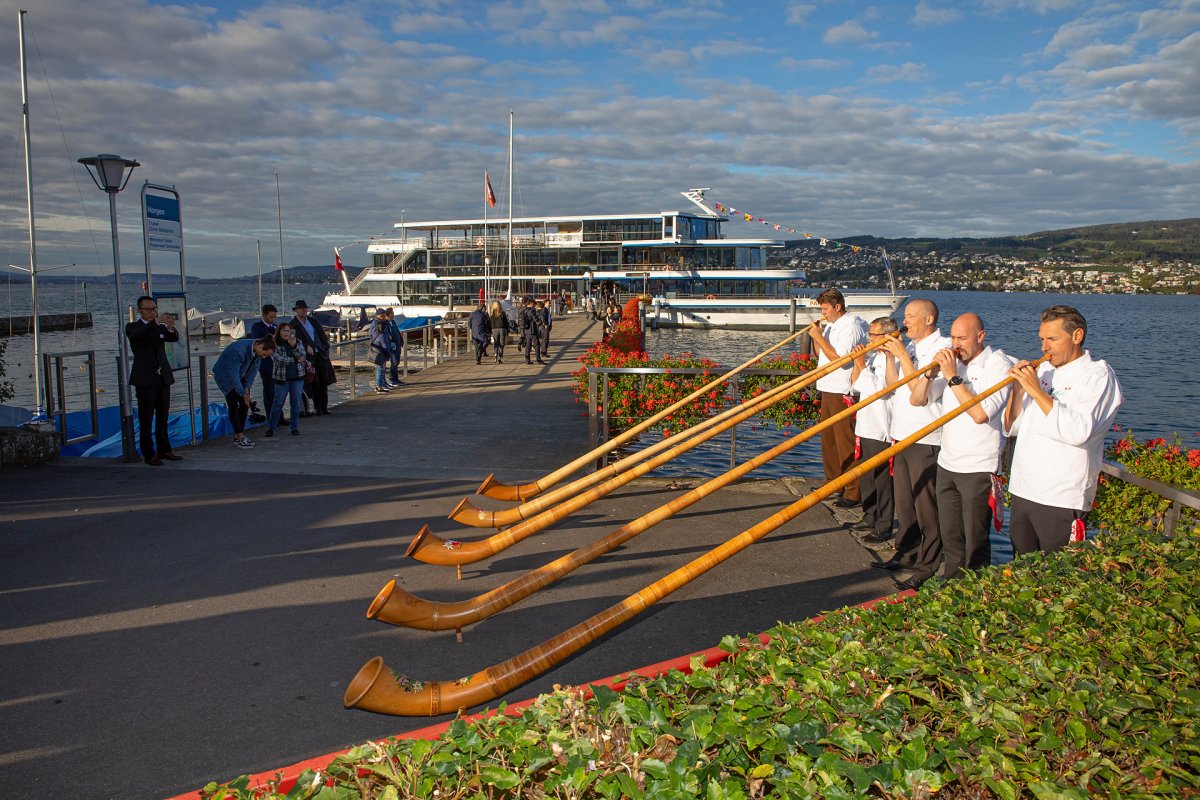 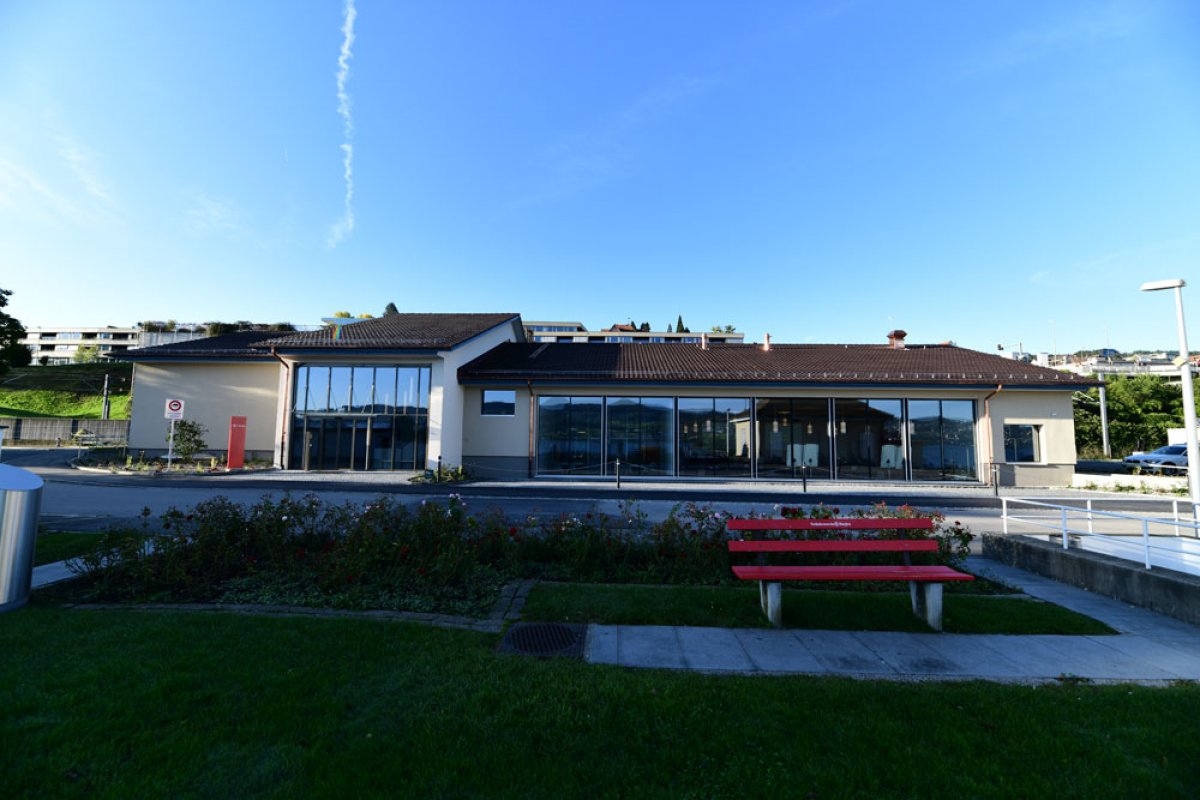 October 7, 2019. Zurich – CEIBS has this month officially doubled the size of its campus in Switzerland, solidifying its status as a unique centre of east-west business learning in Europe.

At an inauguration ceremony on October 7, attended by CEIBS leaders, and Swiss officials, a brand new building was opened at our European campus situated on the picturesque shores of Lake Zurich.

Eric Cornuel, President, EFMD was also present, and the Consulate General of the People's Republic of China in Zurich was represented at the event.

CEIBS President (European) Professor Dipak Jain gave an opening speech in which he highlighted the progress made by the school. “Doubling the size of our campus in Switzerland, in our 25th anniversary year, illustrates the school’s upward trajectory and further strengthens our ability to bring China and Europe closer through business learning," said Prof. Jian, adding, "This expansion marks another significant milestone in the global initiatives of CEIBS, boosting our cross-cultural leadership and collaboration capabilities, including facilitating greater European and Asian entrepreneurship."

“Switzerland is a role model and ideally situated in the heart of Europe, and CEIBS brings European and western management know-how, values and practices to China,” said Prof. Ding,  “In return, CEIBS offers European and western executives the chance to gain in-depth insight on how to successfully do business in China,” he added.

Celebrating its 25th anniversary in 2019, CEIBS is Asia’s number 1 business school and both its MBA and EMBA programmes are ranked top 5 globally by the Financial Times.

“Often western businesses fail to be successful in China due to a lack of understanding of the Chinese market and regulations or by applying western business models without having the ability to make the necessary adjustments with regards to local differences," said Dr. Straw, adding, “The same goes for many Chinese companies when trying to adapt to the European market.”

Dr. Straw pointed out that western companies face drastically more competition in China from local firms when compared with Europe. “Thus, it is important to obtain invaluable knowledge, not just in theory, but also through an immersive programme that has practical value," he said.

CEIBS has a commitment for its campuses to be carbon neutral, and its state of the art new building was predominantly built by local vendors, in line with sustainability guidelines. It features a photovoltaic system which powers the building using solar energy, an environmentally friendly mineral facade insulation as well as a cooling system that uses water from Lake Zurich. In addition, the campus will be a plastic bottle-free zone.

The establishment of the Zurich campus and its expansion were made possible due to generous support from two CEIBS alumni who attended the inauguration ceremony as guests of honour.

GCL System Integration Technology were also recognised for their generosity in providing the solar energy system for the new campus.

Under the theme of an eight-month-long celebration of “China Essence, Global Significance”, the event on Lake Zurich was just one of many activities marking the CEIBS 25th Anniversary Celebration, which will culminate in a grand ceremony at the school’s flagship Shanghai campus in November.