As Good as it Gets?

~ EIU’s Robert Ward Speaks at CEIBS on Key Pointers for the World in 2018
Back
Printer Friendly Page
Share to: 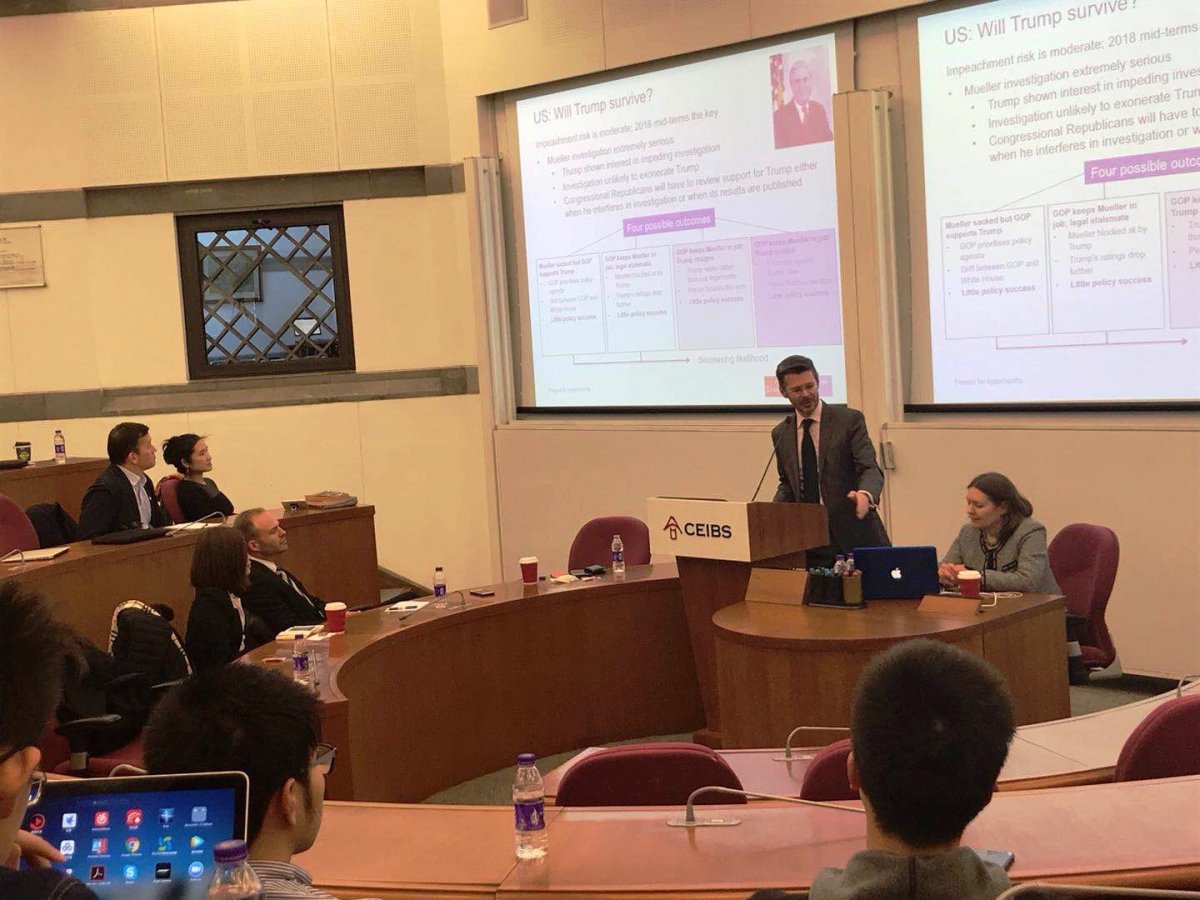 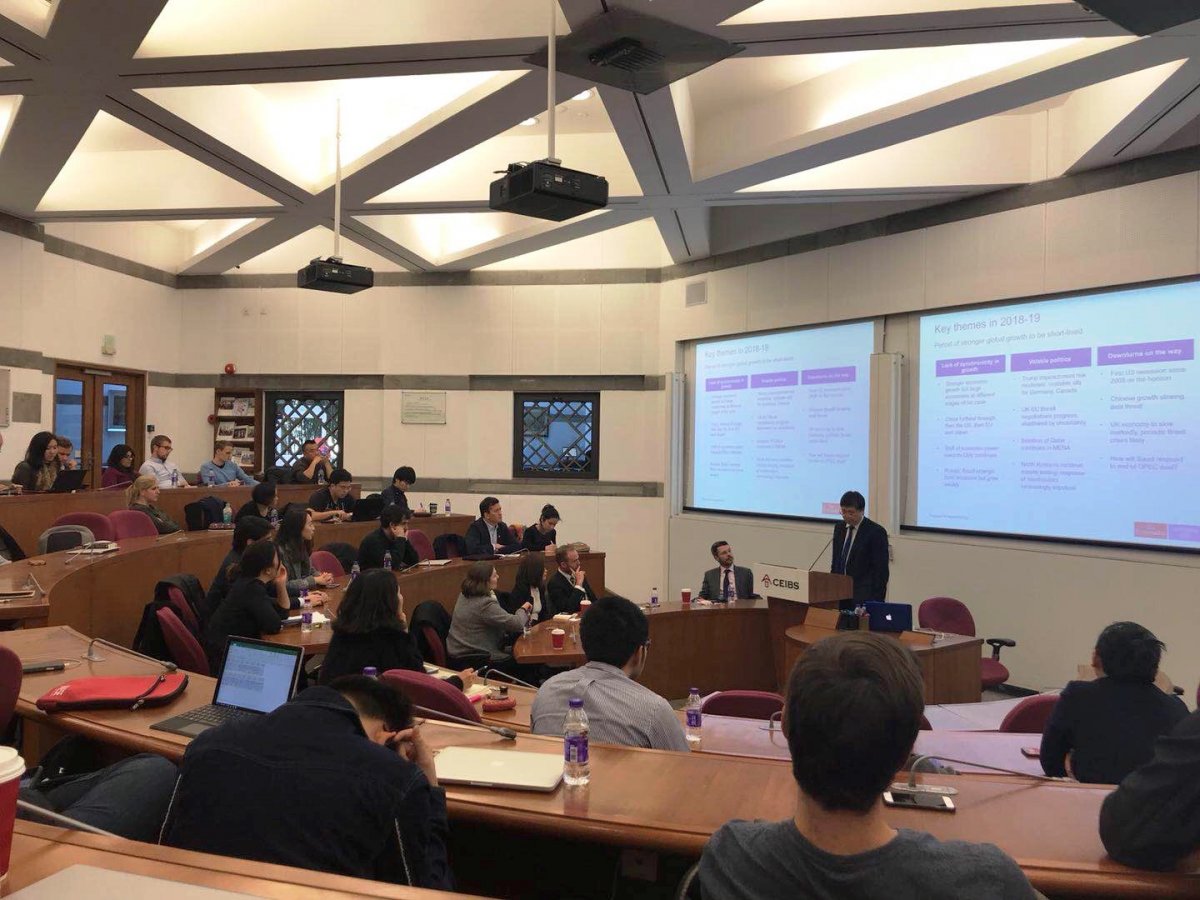 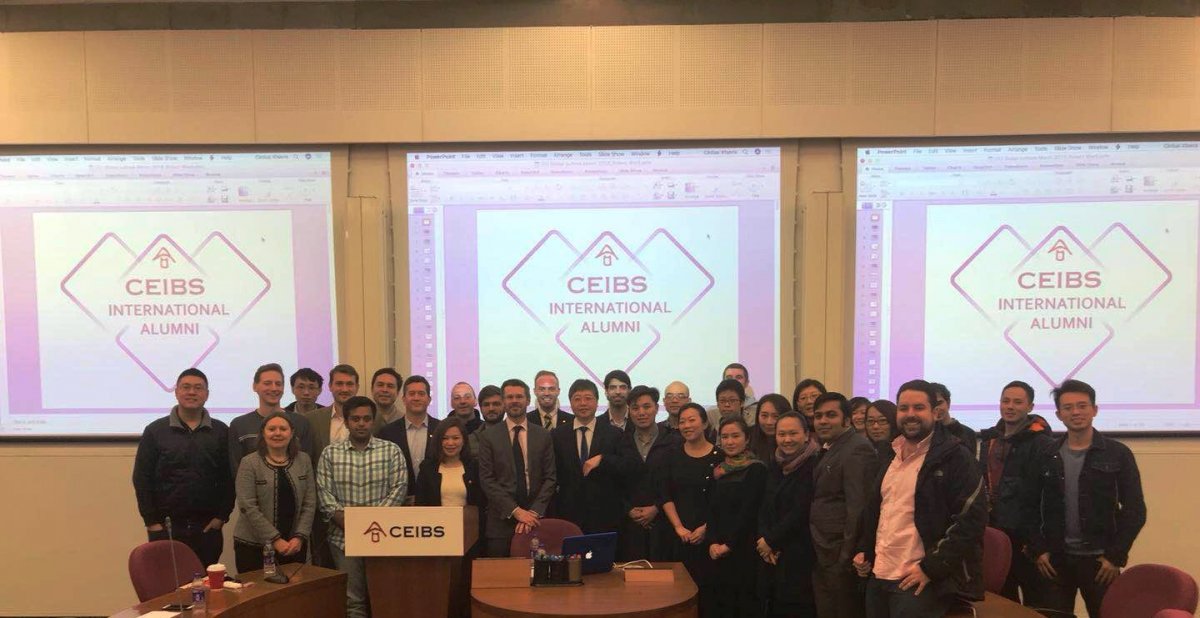 March 9, 2018, Shanghai – Robert Ward, Editorial Director of The Economist Intelligence Unit, this afternoon highlighted key issues that will affect the global economy in 2018. He touched on everything from global growth, global order, Brexit, US President Donald Trump’s chances of staying in office, as well as China, India and other emerging markets. His insightful and intriguing speech at the Shanghai Campus of the China Europe International Business School (CEIBS) was organised by CEIBS Alumni International Chapter (CAIC), their first event since Chinese New Year. The audience, some of whom joined from Africa and Europe via Facebook live, included CEIBS MBA and GEMBA students, members of the CEIBS alumni community, and CEIBS faculty. The session culminated in a Q&A session with Ward, which was moderated by Xu Bin, Professor of Economics and Finance, Wu Jinglian Chair in Economics, and Associate Dean (Research) at CEIBS.

Aptly titled “As Good as it Gets?”, Ward’s presentation was as deep in substance as it was diverse in the geographies covered. He touched upon contemporary issues in global economics within the context of NAFTA negotiations between the US and its Latin American partners, challenges posed to the EU, China’s growing influence in Asia and Africa, and the nascent stirrings of economic reforms in Saudi Arabia. The crux of Ward’s argument was the tectonic shift in the world order over the last two years, as western political systems have been challenged from the electorate within, as inequality grows and political solutions to deal with the challenges of globalisation and geopolitical conflict become ineffectual. The audience also eagerly listened to his analysis of the Chinese economy, especially his views on the country’s increasing global influence, through the Belt and Road Initiative. Ward also touched on the potential risks to the Chinese economy stemming from a build-up of debt, particularly in the corporate sector. He believes the Chinese government must avoid a sudden deceleration in economic growth over the next few years. The seasoned economist’s 50-minute analysis and presentation of the facts effectively conveyed to the audience the gravity of the global political challenges. The event burnished CEIBS’ reputation as a platform for generating healthy intellectual discourse and CAIC’s role as a facilitator in this process.

Prof. Xu Bin’s comments followed, and complemented, Ward’s presentation. Prof. Xu provided highlights from his recent research and original insights on geopolitical and economic analysis – specifically in the context of China and the prevailing tensions in the Korean peninsula. He emphasised how persistent investment by the Chinese government and the private sector in technologies such as AI, e-commerce, high-speed rail etc. has enhanced the technological frontiers, giving the economy scale, scope and speed (what he calls the 3S). These factors will drive growth in China beyond expectations in the medium term, he said. Turning to the issue of North Korea, Prof. Xu was sanguine about recent attempts made by the US government to reach out to Pyongyang, saying he believes dialogue would probably help in de-escalating tensions. Finally, in a style characteristic of accomplished academics, he encouraged thinkers and policy-makers to engage in “soul-searching” over why “globalisation” and “western political systems” are failing, and what can be done to prevent a sharp rise in wealth inequality, the root cause of these symptoms.

As part of the CAIC's efforts to involve CEIBS alumni across the globe, this special speaker session was broadcast live on CEIBS Facebook page with the help of CEIBS Marketing and Communications Department. As the session was organised in Shanghai on a weekday, CEIBS alumni who could not physically attend benefitted immensely from the Facebook live streaming. In addition to the 54 individuals in the classroom, 240 others joined the event online!

About CAIC
The CEIBS Alumni International Chapter (CAIC) is the home base for English-speaking CEIBS Alumni and provides a platform where all interaction is in English. The CAIC continues to give voice to CEIBS’ internationalisation by building an international alumni community through a variety of regular activities. It invites CEIBS alumni around the world to join in order to strengthen the international CEIBS community.