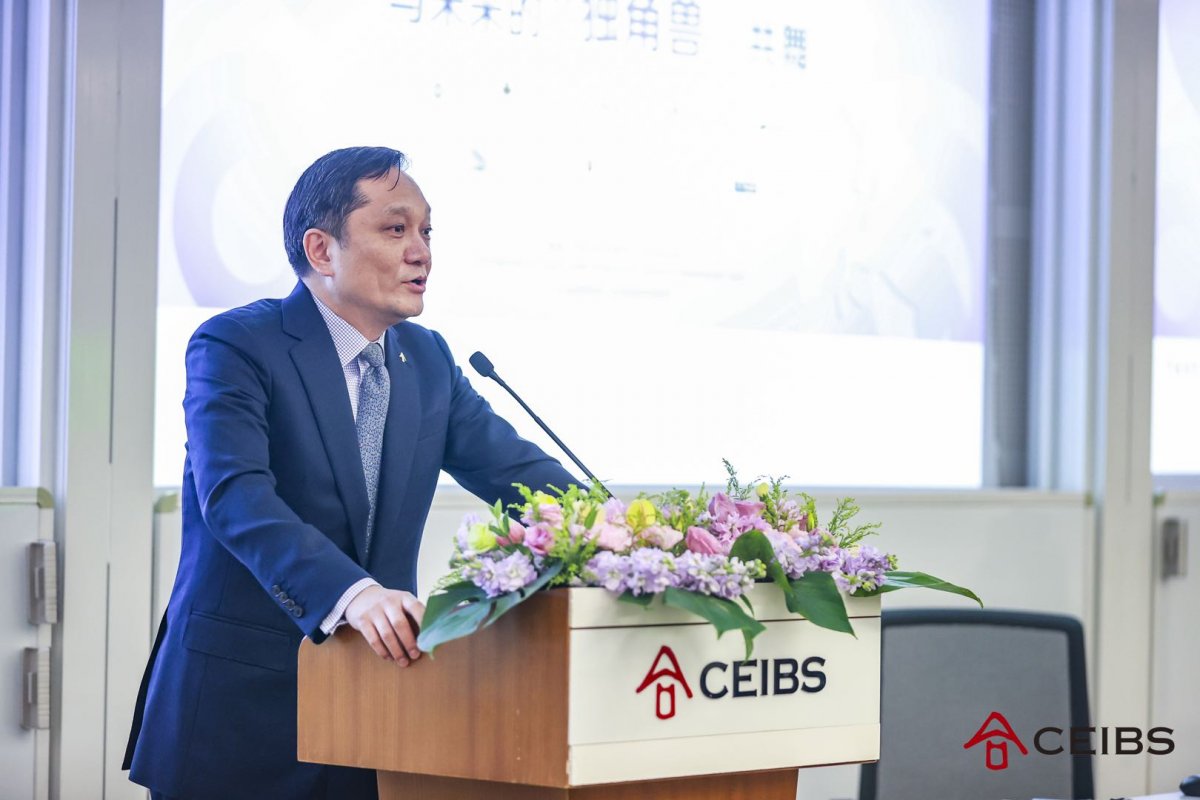 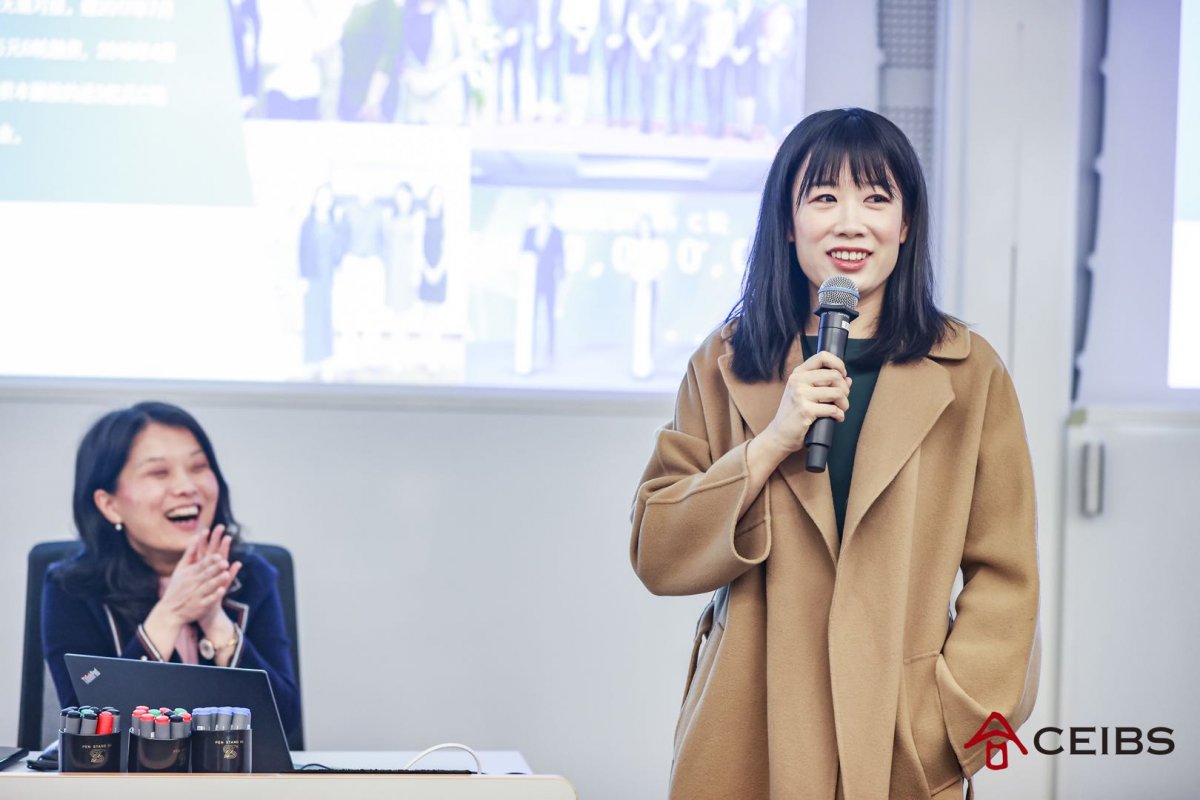 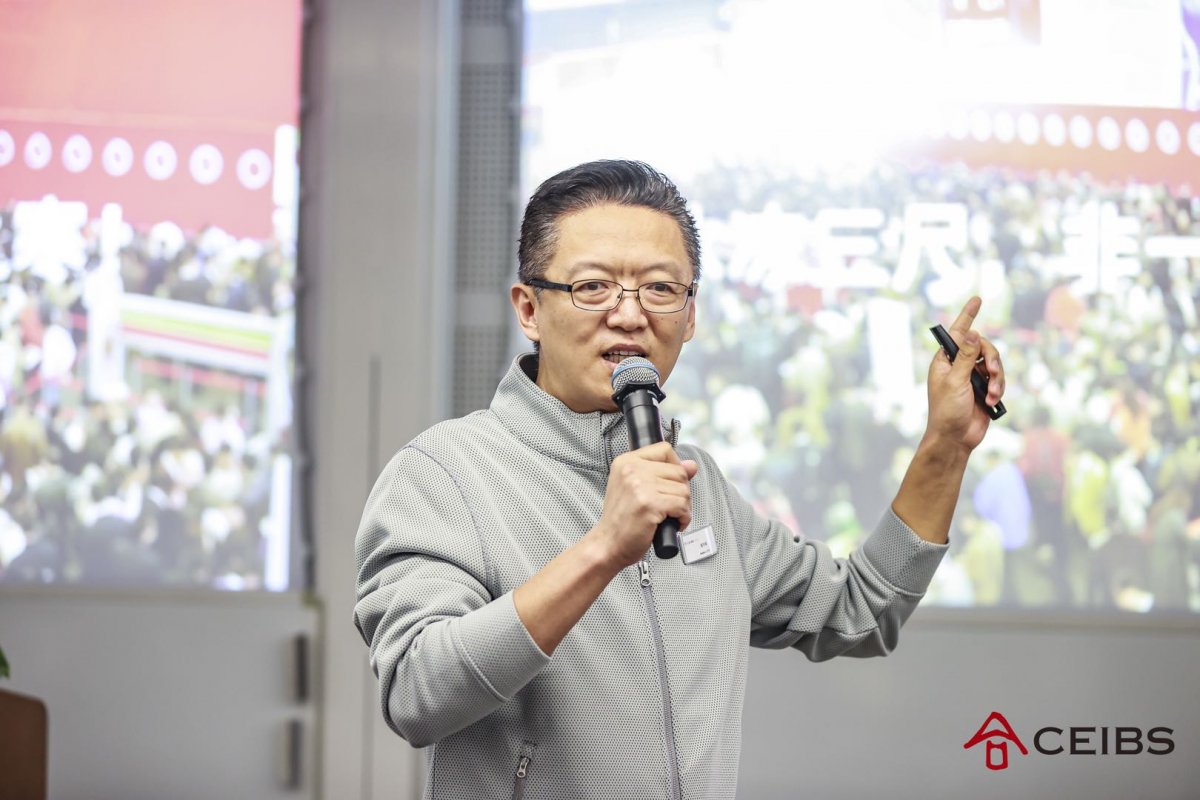 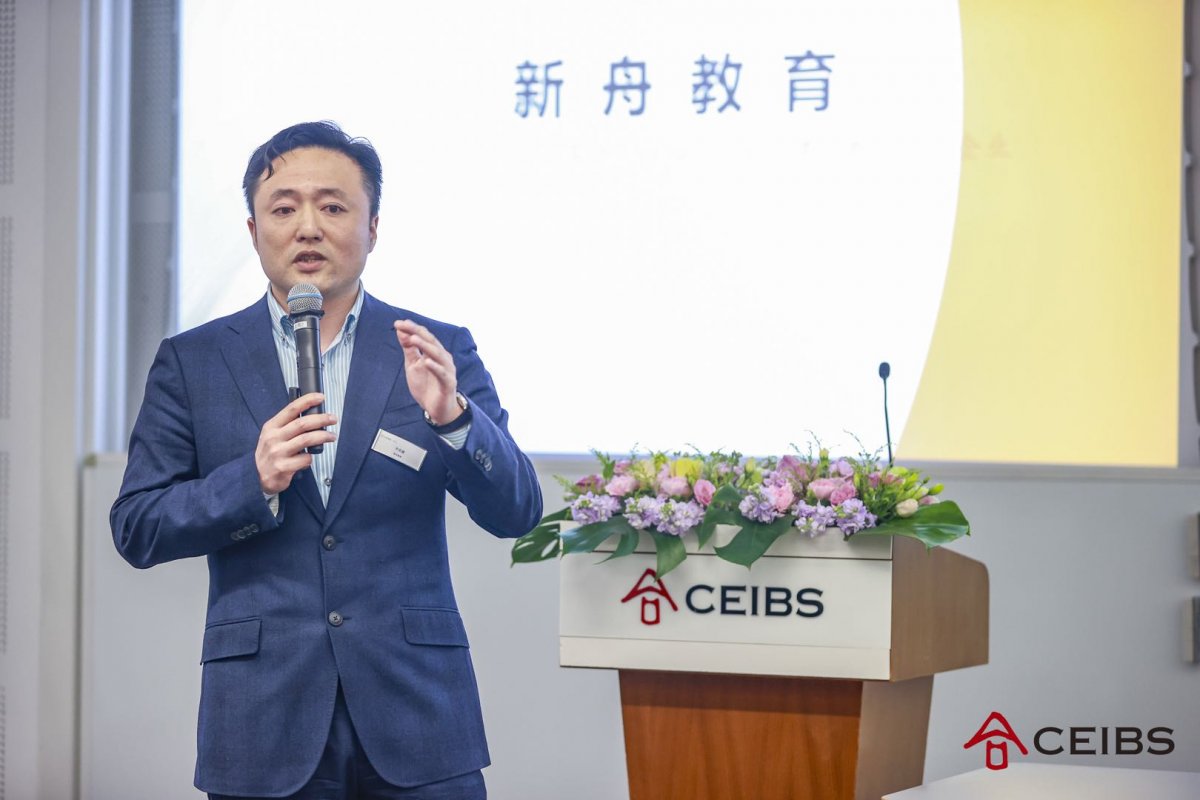 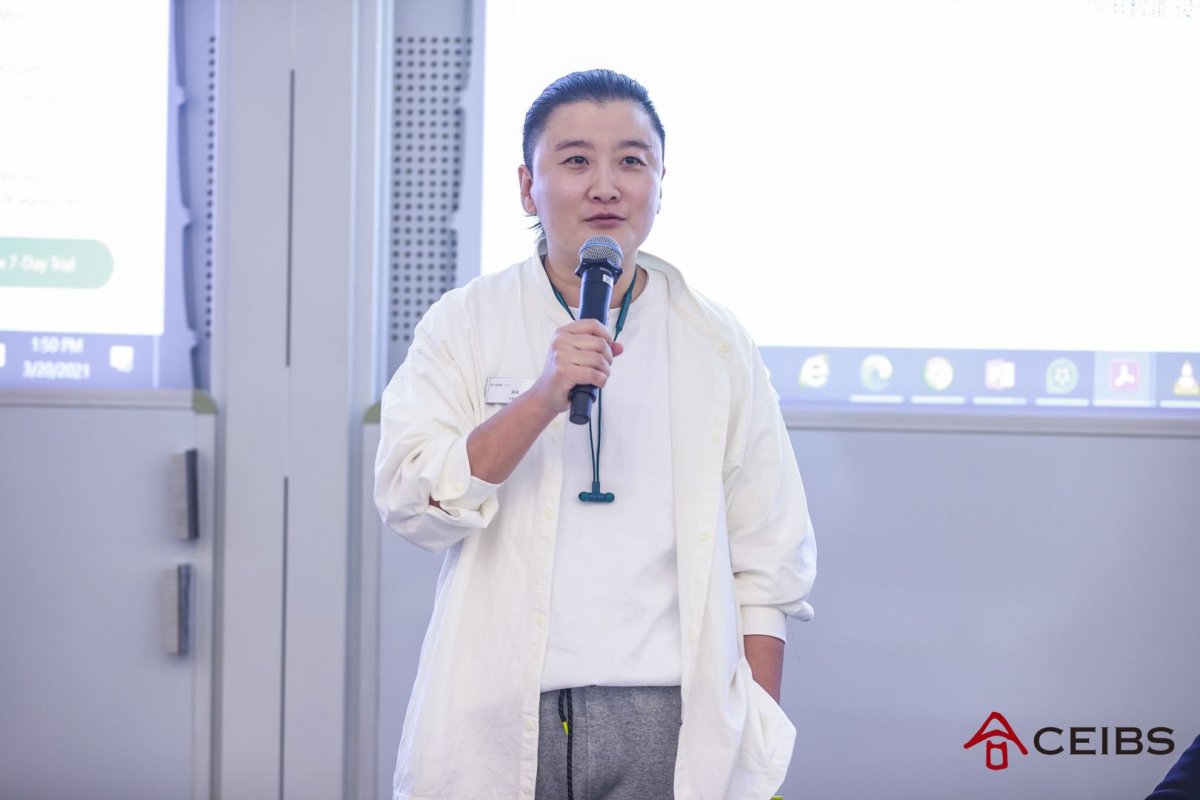 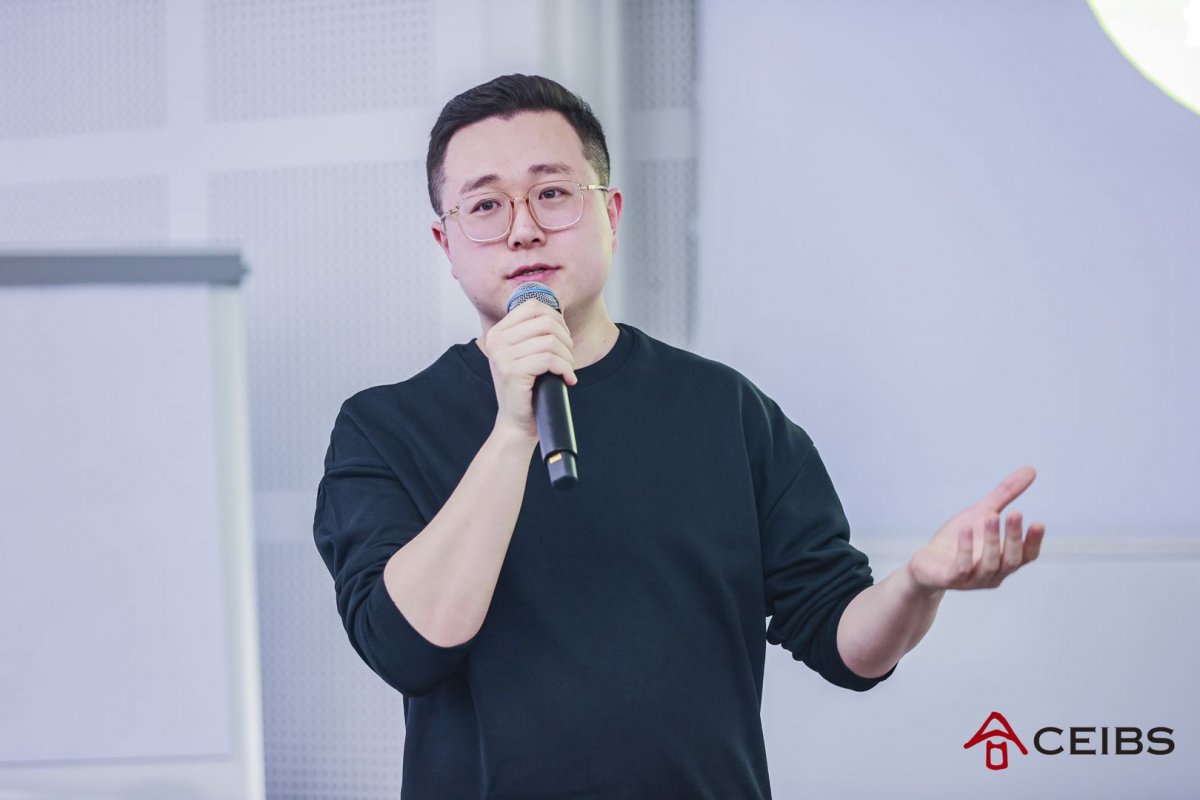 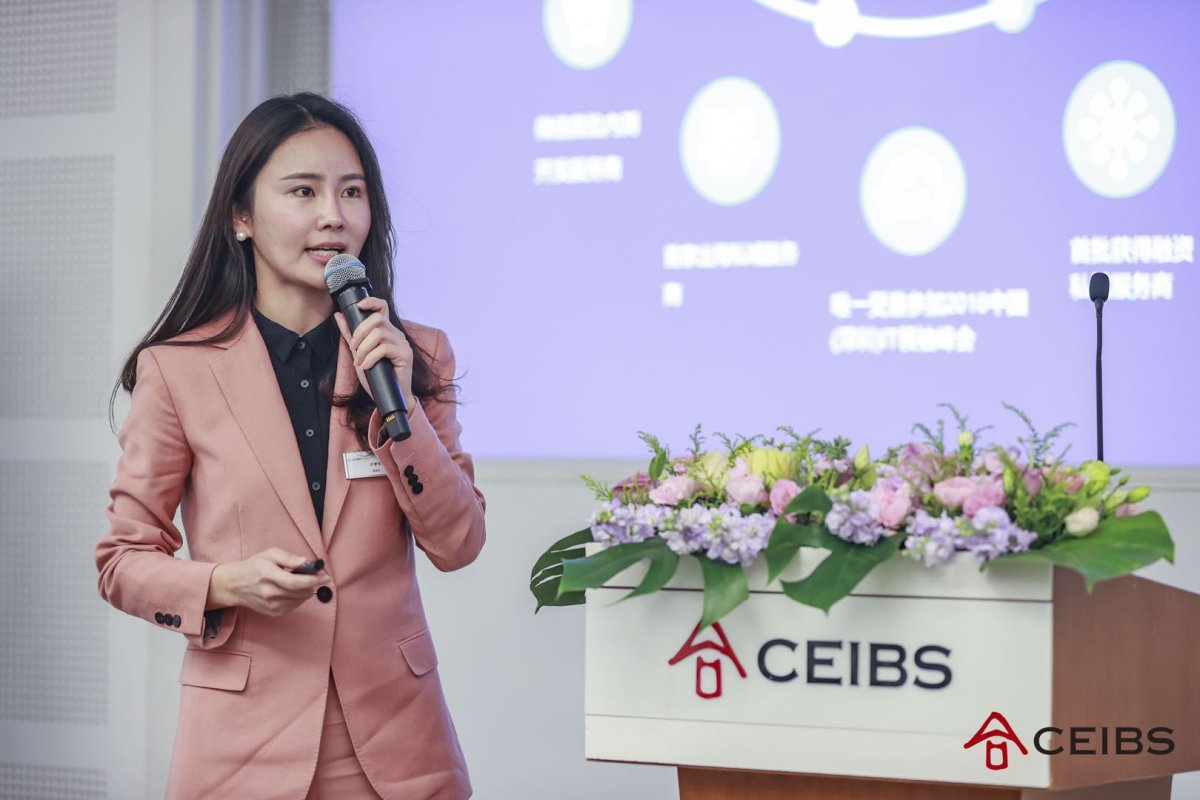 March 20, 2021. Shanghai – In order to better help current MBA students and alumni engage more with entrepreneurial companies and start-ups, a networking event with E-camp companies was held today at CEIBS Shanghai campus. The event was co-organised by the CEIBS Career Development Centre and the Entrepreneurship Camp and attracted nearly 70 participants.

In his opening speech, CEIBS Vice President and Dean Ding Yuan commented, “Like the start-ups joining in this event, CEIBS is the youngest – 27 years in history – amongst the top 50 business schools in the world, and still much like a start-up at the moment. Thanks to the continuous innovation of all CEIBS people, the school has achieved a series of major accomplishments and the MBA programme has been ranked the top 10 in the world for four consecutive years.”

Prof. Ding also noted that China is currently one of the most important players in the global economy, with many domestic entrepreneurs showing the potential to become “unicorns.”

As part of its commitment to offering high-profile business and management education, CEIBS is determined to build up an innovative ecosystem by linking proactive entrepreneurial start-ups with specialised management knowledge with talent. Meanwhile, CEIBS will further integrate entrepreneurial spirit into the existing training and teaching modules.

The 13 start-ups that joined the event were GS Capital, WeMeet, Lingang LKC Investment, Pook, Qinglian Food, Smart Design, UniCareer, Fun Factory, Xinzhou Education, Youhug Media, Kukeduo, Tiger8, and Yuanqisenlin. The founders of most of these companies are CEIBS alumni, and each company has its own unique characteristics. Some enjoy more mature entrepreneurial teams that have been in their industries for over 10 years, while others are so-called “dark horses” who have seized the opportunity in the market at the right time and quickly get on the track, and still others have relied on the resources of large parent companies as innovative pilots and subsidiaries of more well-known brands. These start-ups’ businesses operate in sectors such as new technologies (e.g. cloud computing, artificial intelligence, internet, e-commerce), new consumer industries (e.g. education, fast consumer packaged goods, retail), investment and finance, media, agriculture), as well as some other emerging industries.

The event featured a founders’ sharing session, where the Partner and Chairmen of Kukeduo, Smart Design, WeMeet, Xinzhou Education, UniCareer, Fun Factory and Qinglian Food offered insights into their corporate values and the industries they operate in. The speakers also included both CEIBS EMBA and E-camp alumni who are extraordinarily keen entrepreneurs, as well as a world gaming champion. Each speaker had a distinctive background and personality, but a common thread amongst them was that they all challenged themselves and wanted to change the world.

During a three-hour networking session, the companies opened nearly 50 positions to participants. Huang Haiqing, Human Resources Director from Lingang LKC Investment commented, “The quality of CEIBS MBA students is very high. For instance, one CEIBS MBA student who joined us last year left everyone with a deep impression. That is why we were so eager to join this event to look for more talent from CEIBS.”

Wu Qi, President of the Student Real Estate Club (MBA2022), observed, “The event provides an opportunity to broaden my horizon. Through listening to the founders’ sharing sessions and having face-to-face communication with start-up companies, when planning and preparing for my future career development upon graduation, my way of thinking will be different than the past and my vision will be far broader.”

According to alumni who attended this event, the sharing and networking sessions not only helped them get a deeper understanding of emerging innovation business models and fast-growing start-ups, but also broadened their own career development choices. The event also gave everyone the opportunity to gather on campus again and they looked forward to more offline activities on campus in future.

Following this initial event on March 20, a second networking event with E-camp companies will be held on April 25. Several more entrepreneurial companies from different fields will be on stage to meet and engage with CEIBS MBA alumni and students.