Can You Really Pause to Face Challenges if You’re Running at China Speed?

~ An interview with MBA 2018 alum Rituraj Shailendra
Back
Printer Friendly Page
Share to: 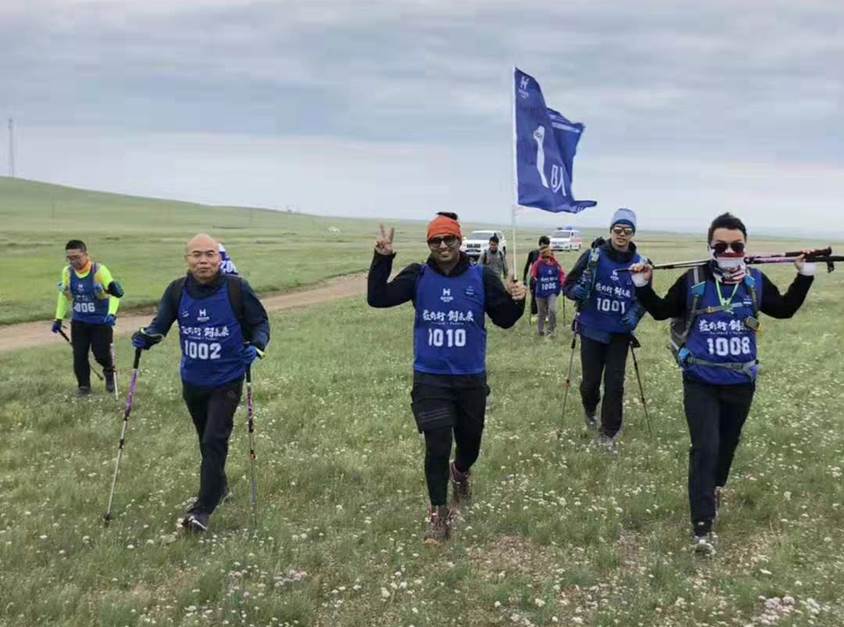 July 15, 2019. Guangzhou – Rituraj Shailendra, the General Manager and first international hire of Guangzhou-based logistics conglomerate EBON, sat down with MBA Admissions to share his journey from Patna, India, to Shanghai and now to Guangzhou as he takes up the mantle for growing EBON’s e-commerce business unit.

Challenging myself to climb faster

Prior to starting his MBA, Rituraj was in a middle management position for multinational oil and gas services company L&T Hydrocarbon Engineering in Oman, having previously arriving at the company as an engineering trainee. In his words, it was an awesome role with lots of exposure to different functions and teams. Maybe more importantly, L&T were happy, too. Given his strong performance, they kept shifting him to more client facing and strategic roles, but, even though he was being promoted faster than many of his colleagues, Rituraj wasn't satisfied. “It felt like my seniors would always be my seniors even if they didn’t perform well and I kept clocking up successful results for the group,” says Rituraj. “Effectively, it meant that it would have taken me more than 30 years and I would have had to wait for my seniors to retire in order to reach a position with top management. I didn’t have that much time or the patience.”

The time was right to make a change and Rituraj started considering an MBA as a way to tap into opportunities that valued performance over experience. “If you are impatient, like me, I would thoroughly recommend an MBA. In terms of schools, I went with CEIBS primarily because I thought that if I was spending money and taking a risk, I needed to choose the absolute best and CEIBS at the time (and even now) was one of the top ranked options amongst the schools I was contemplating going to,” he says. “Unlike technical degrees, an MBA is something which I suggest everyone must do with the best-known school only because once you graduate, you are going to be selling your brand and you want the buyer (employer) to know and appreciate your brand.” 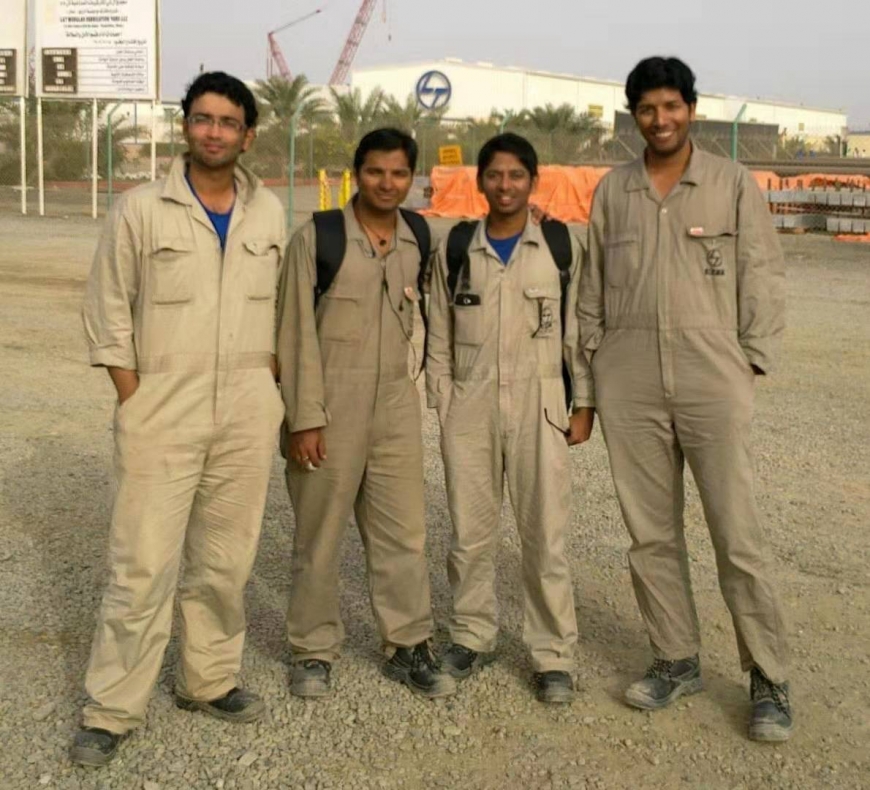 Challenging my perception of MBAs

After being accepted by CEIBS, Rituraj travelled to Shanghai with a fresh sense of optimism and the belief that, if he worked hard, got to know China and performed well in class and in interviews, his dream job would be waiting for him. Reality, however, is really if ever that straight forward. “The beginning of my journey at CEIBS was difficult. I’m a very proud individual, always have been, maybe to the point of arrogance. But I came in with a chip on my shoulder having not received a scholarship. I also felt threatened by how my classmates knew every alumnus and had talked to them before coming to CEIBS for guidance and help in making career defining decisions whereas I had just took the leap of faith.” Time however made all the difference for Rituraj. The semesters went well and school and alumni events were great. He mixed and matched his electives and then exchanged at INSEAD. “One of my most valuable lessons was learning to respect opinions and comprehend the circumstances when that opinion was made,” says Rituraj. “Facts can be black and white, but opinions are not, they are grey, which I believe, is also the true colour of an MBA.”

Rituraj had found his feet, both inside and outside the classroom, but towards the end of his exchange, news kept hitting his WeChat and making him nervous that one classmate after another had secure a job while he was still there, waiting for a miracle. “I would say the period from November 2017 to February 2018 was the most frustrating, as I was still looking for my first break,” he recalls. “I kept telling myself that having left my pre-MBA job on good terms with my company allowed me the cushion of going back if things didn’t work out. My break came when I attended the CEIBS Annual MBA Recruitment Fair and got an excellent job offer from my present company (EBON), which was the first of many that would soon follow.” 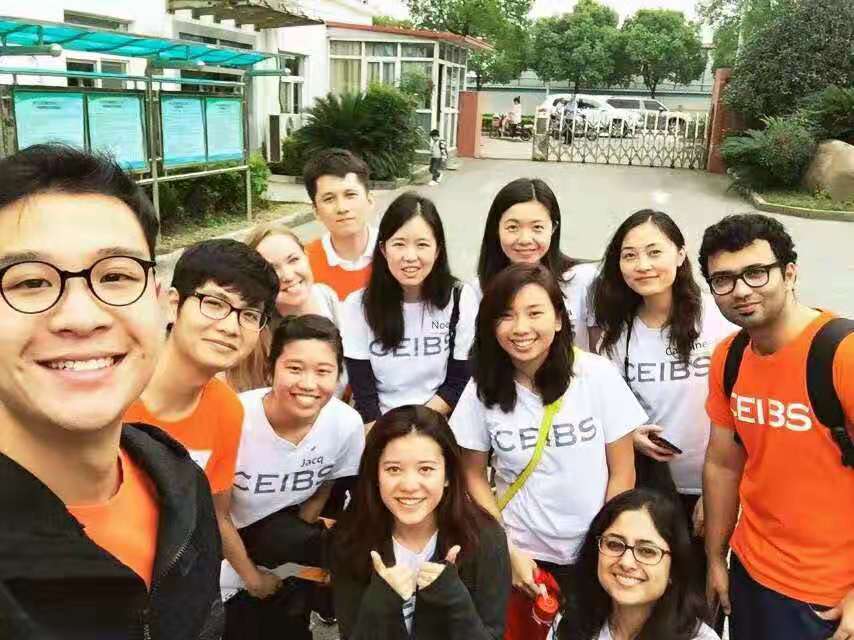 Challenging myself to succeed in a Chinese-language environment

At EBON, Rituraj leads a cross border e-commerce team of 30 colleagues. Nearly 80% of his team speaks English, so day-to-day communication is not an issue. “Verbal is just 20% of the total communication. Yes, it is important – it is very important – but more important than that is the 80% non-verbal which we demonstrate in everyday life through our actions,” Rituraj says.

Instead, he says, the bigger challenges are gaining trust and coordinating expansion. “From my perspective, it takes Chinese companies, or any foreign company for that matter, longer to trust you with important issues. With this in mind, I firmly believe it is better to do your MBA in China, if you want to work in one of the most vibrant economies of the world. This way you can figure out how to build trust here and make mistakes in a position with low margin for error. It’s also the reason why nearly every business school has at least a small elective in China, but I can assure you it’s not long enough,” Rituraj says. “Generating trust is paramount, if my team feels that I can understand them whether or not they actually communicate in the same language, my job is done. As a leader, most of the time the role entails gauging issues that may have crept up and solving them before they occur. I need to do a lot of reading and learning to be one step ahead of my team. I translate and I study. It does take a little more time for me than for native Chinese speakers, but I try to be more productive and efficient at other times to negate this time inefficiency on my part.” 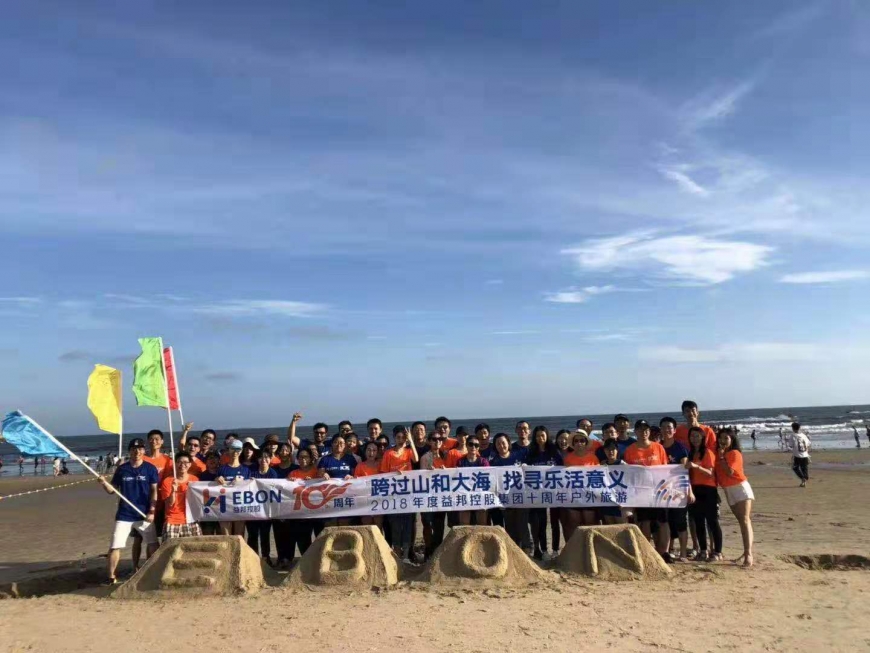 With trust somewhat secured for Rituraj, it is how to expand the business unit that more frequently keeps him up at night. “It is a small business unit for the group, but one that the company considers to have the highest potential. The possibilities of expansion are huge and the only question which remains is whether the opportunity is sustainable or just a momentary spark. As the decision maker, I feel empowered to be in charge of this business for the group. At present, my sole goal is to make this business exponentially bigger and more profitable. The business is growing but the speed is where the money lies. If I’m able to help the unit grow faster than my competitors, we will probably end up with a bigger share of the expanding pie.”

Having recently hit his first year anniversary at EBON, Rituraj is in a reflective mood, as he thinks back to almost three years of running at China speed. “At a superficial level, nothing much has changed. I wear a shirt to the office instead of a T-shirt to class now,” he says. “Ironically, my big lesson is to pause and to have patience with myself. It sounds counter-intuitive when we are talking about the fast paced environment of China, but it worked for me.”