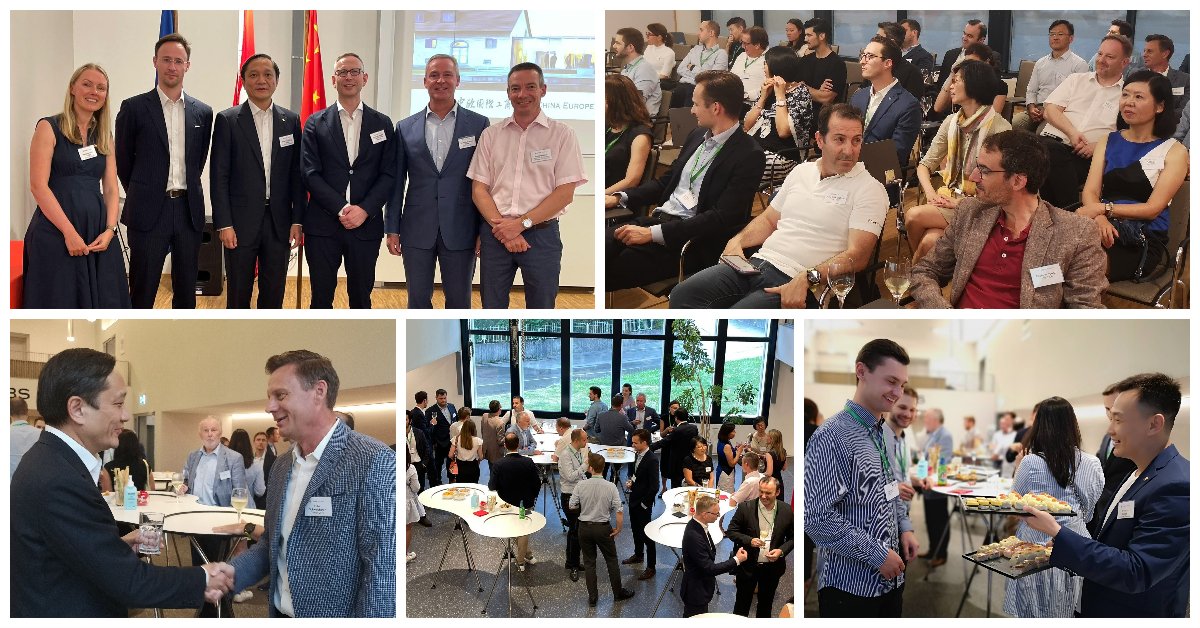 Hosted at CEIBS Zurich Campus on the shores of Lake Zurich in Horgen, the event attracted more than 50 alumni from both schools, mixing with other like-minded people and enjoying an evening of discussion. The group were joined by CEIBS Vice President and Dean Ding Yuan and Frankfurt School of Finance and Management President Nils Stieglitz, who gave welcome speeches on the importance of alumni networks.

Serving as the guest speaker for the evening, David Watkins, Senior Vice President, Group Talent, Transformation & Engagement at Oerlikon, also spoke on the future of work, covering topics such as digitalisation, skills shortages, retraining workers, and the varying work mindsets of different generations. His enthusiastic and engaging talk sparked many conversations both in the room and during the networking session that followed, as alumni from both schools questioned what the future might hold in a post-COVID working environment coupled together with the current pace of digital advancement.

Following the talk and a busy and energetic Q&A, the group moved onto socialising, networking, and light bites around the CEIBS Zurich Campus. Enjoying summery foods and cold drinks, there was a bustling atmosphere as people made new friends and contacts, and connected with old ones as phone numbers, business cards, and LinkedIn details were shared amongst the attendees.

“It was great to host both CEIBS and Frankfurt School alumni on our campus. The two groups were delighted to come together and naturally found many things in common. Not only was it great for networking, but many people also made new friends. We look forward to working with the Frankfurt School more in the future and hope to welcome more of their alumni and students to our Zurich campus,” said CEIBS Zurich Campus CEO Dr. Robert Straw.

For more updates on CEIBS alumni events and events in collaboration with the Frankfurt School, keep an eye on your inbox! For information about other CEIBS event, please visit our events page here.