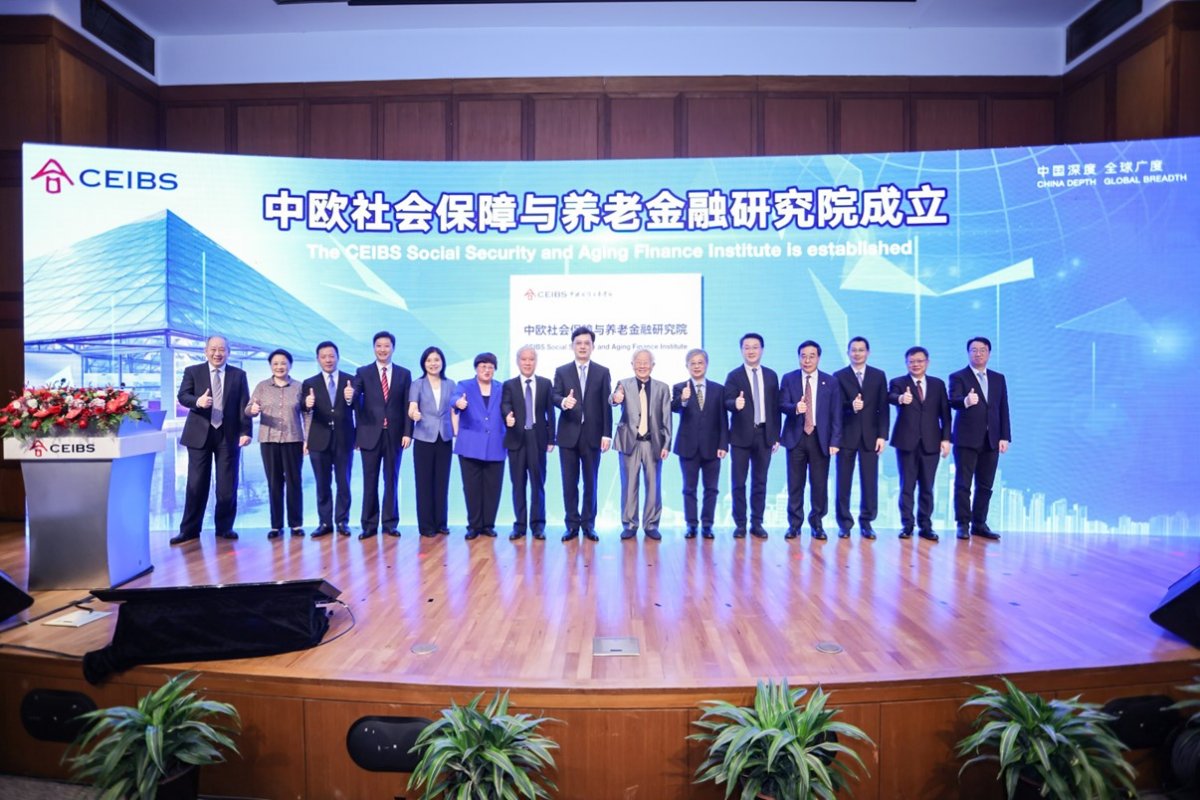 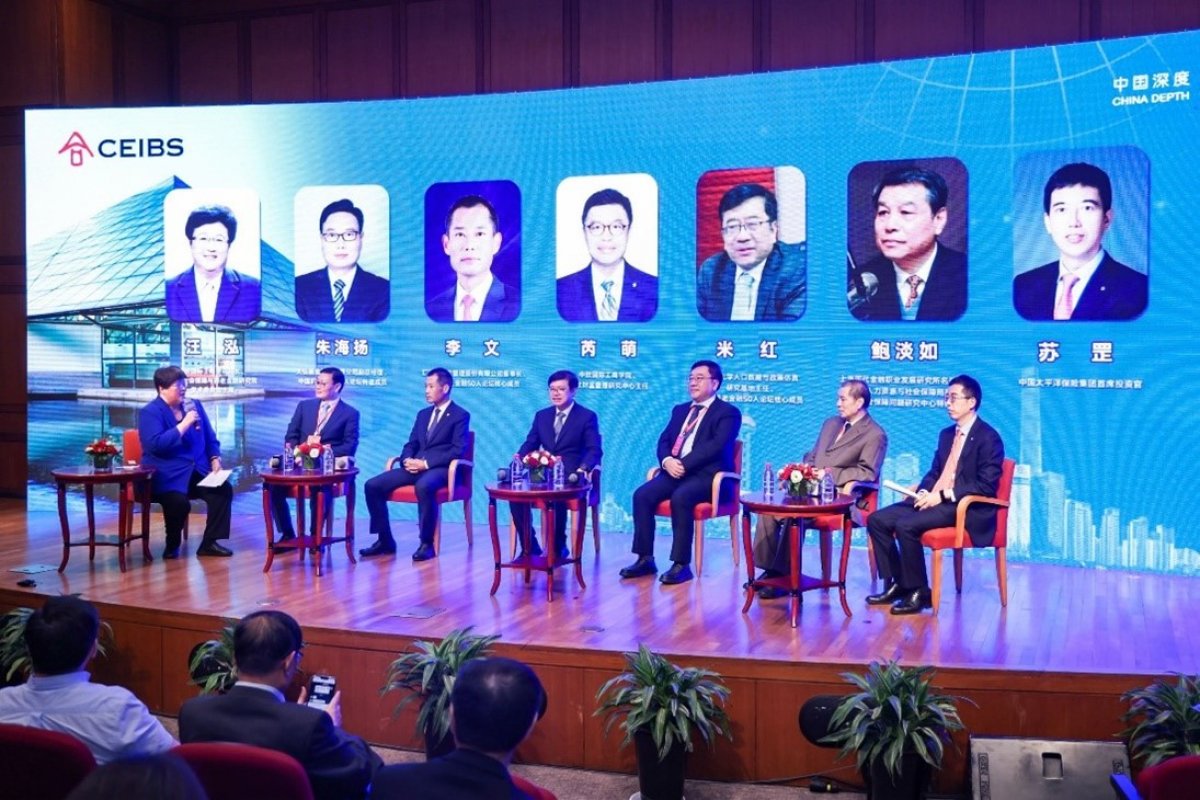 August 21, 2022. Shanghai – A new research institute on social security and aging finance was inaugurated at CEIBS Shanghai campus today as part of the school’s efforts to contribute to the pressing social challenges brought on by China’s aging population.

Directed by CEIBS President Wang Hong, the institute will bring together insights from industrial experts, policymakers, international think tanks, universities, and entrepreneurs to build a network and an exchange platform for social security research between China and the rest of the world.

In a keynote speech, Prof. Wang emphasised that the establishment of the institute is of great significance in fulfilling CEIBS’ role as a responsible international business school.

“With a focus on social security and aging finance research areas, the new facility aims to become an influential research platform and think tank with in-depth academic and policy research,” she said.

Also addressing the event, CEIBS President (European) Dipak Jain noted that by 2030, there will be over 1 billion people over 65 and more than 200 million over 80 worldwide.

“The new institute will focus on key issues that are of critical importance to government, public policy makers and business leaders,” he said, adding that it will also help illuminate the dynamics of the aging population and its implications for pension funds, health care, immigration policy, and human talent in China and other parts of the world.

“Interdisciplinary research not only reflects CEIBS’ advantages in addressing social issues, but also paves the way for Shanghai’s development,” he said.

“Globally, tax incentives are the most direct and effective incentive for individuals to save for their retirement,” he said.

Three major transitions need to be made in coping with an aging population and achieving the targets outlined in the Healthy China 2030 blueprint, including the full participation of the medical, environmental and education sectors; greater focus on all people (rather than patients only); and taking a holistic view at the whole life cycle instead of disease cycle, he explained.

The forum also featured a round-table discussion where panellists shared views on new opportunities, challenges and strategies for the individual pension systems.

A donation ceremony was also held to mark the contributions of some 25 alumni companies and individuals who gave a total of 5 million RMB to support the research and activities of the institute.