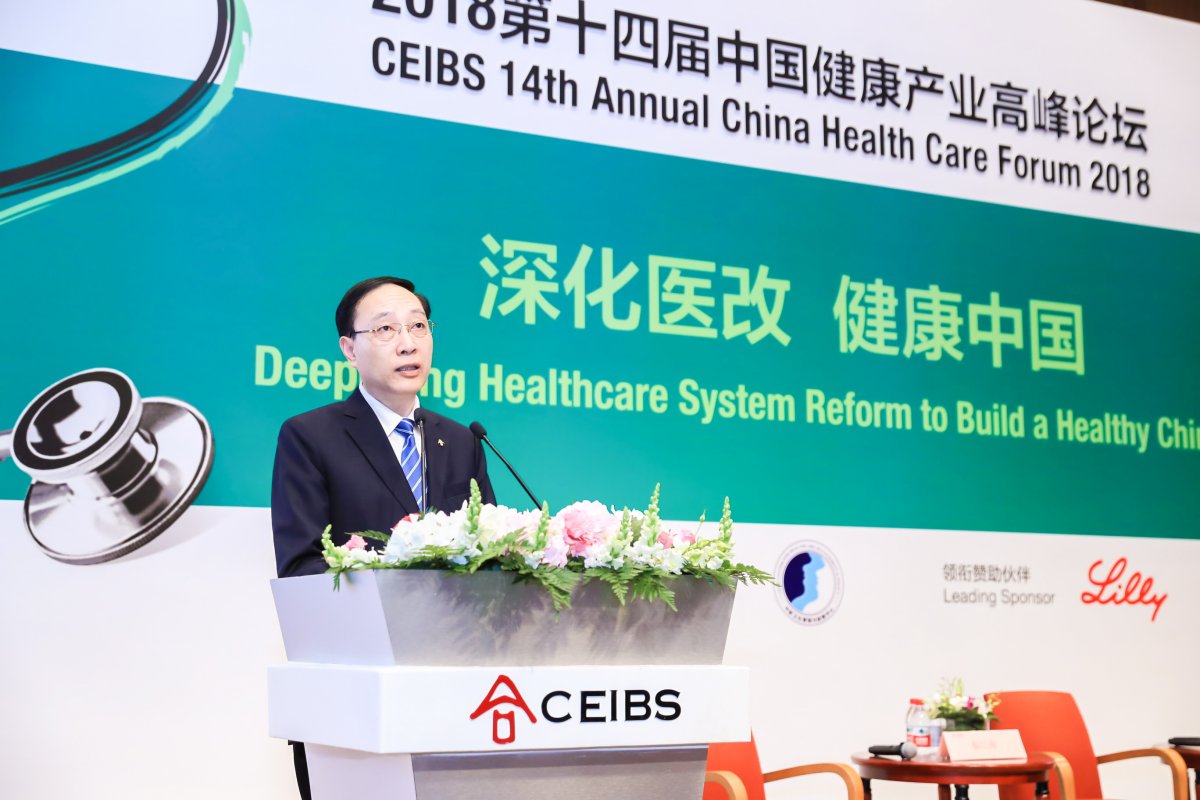 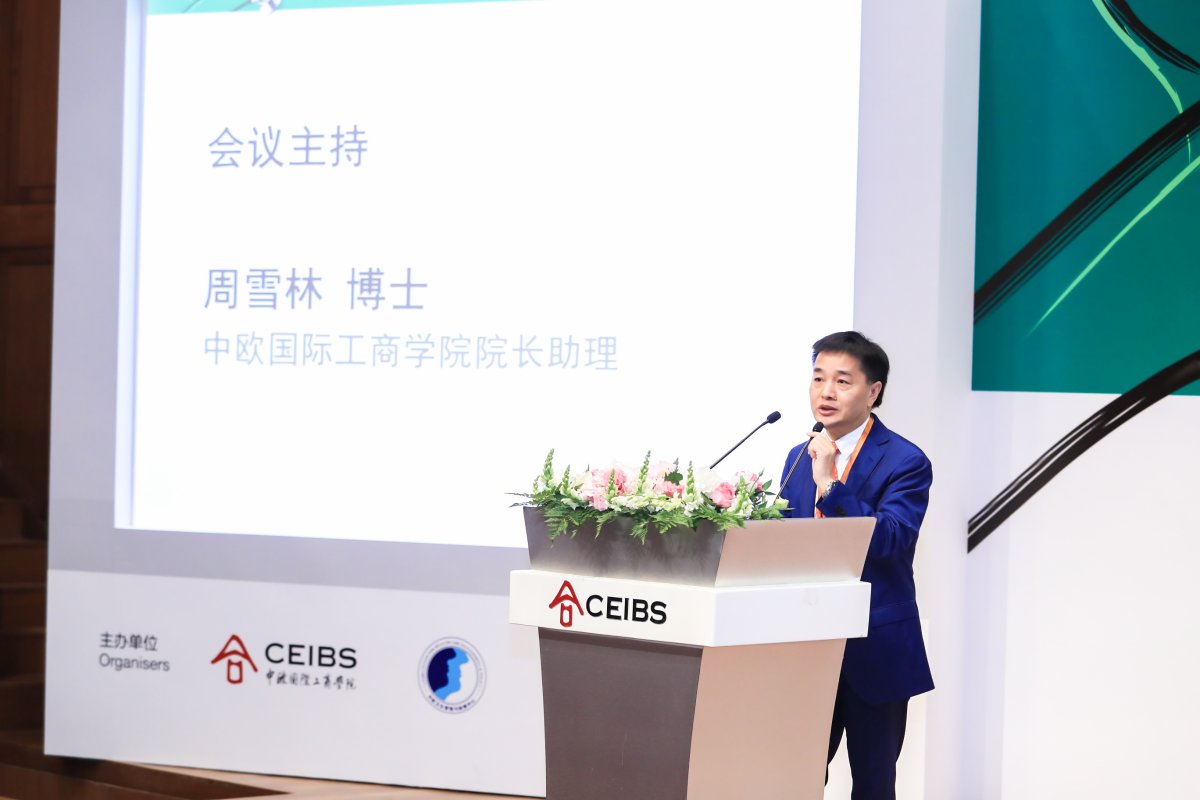 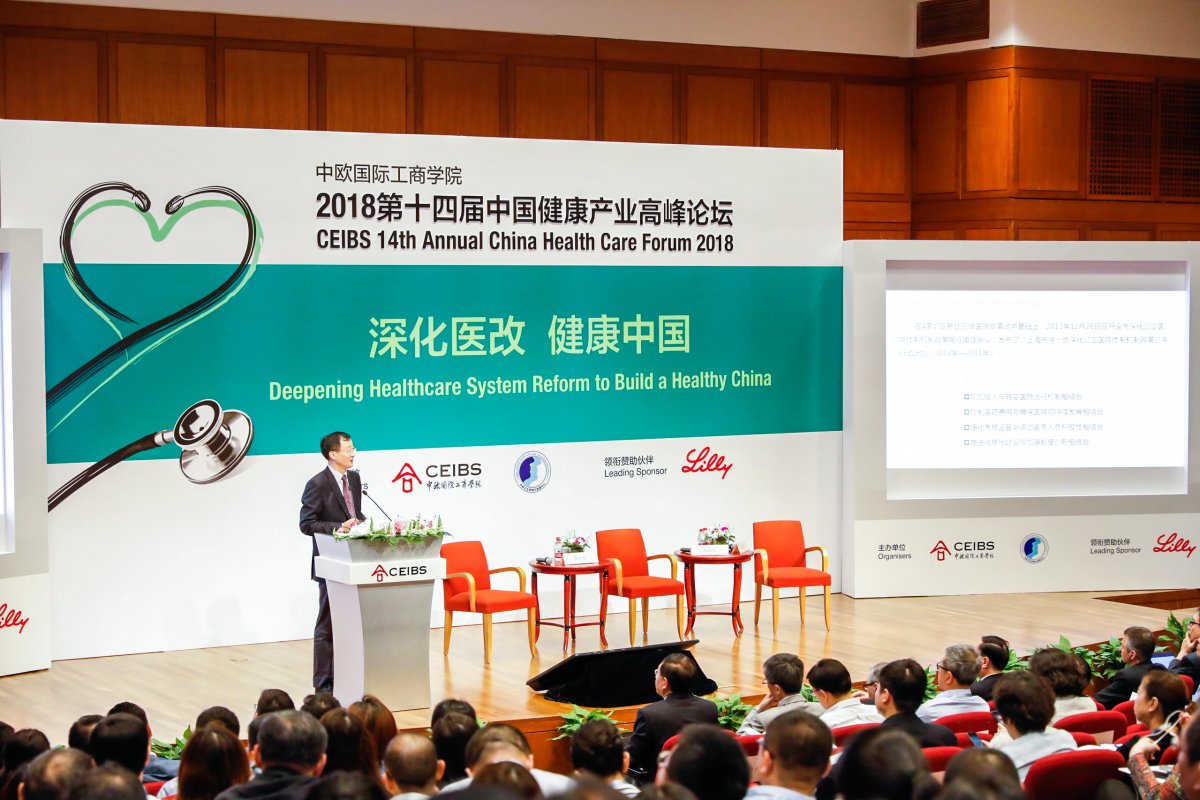 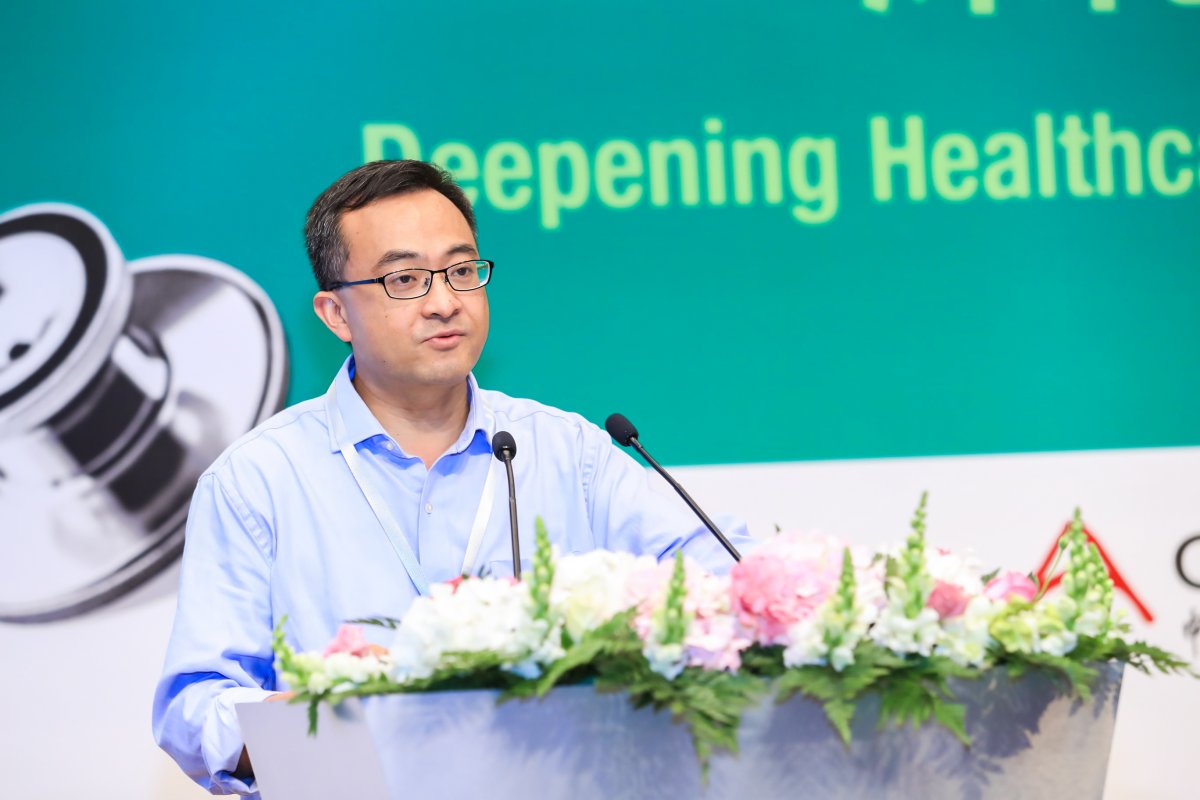 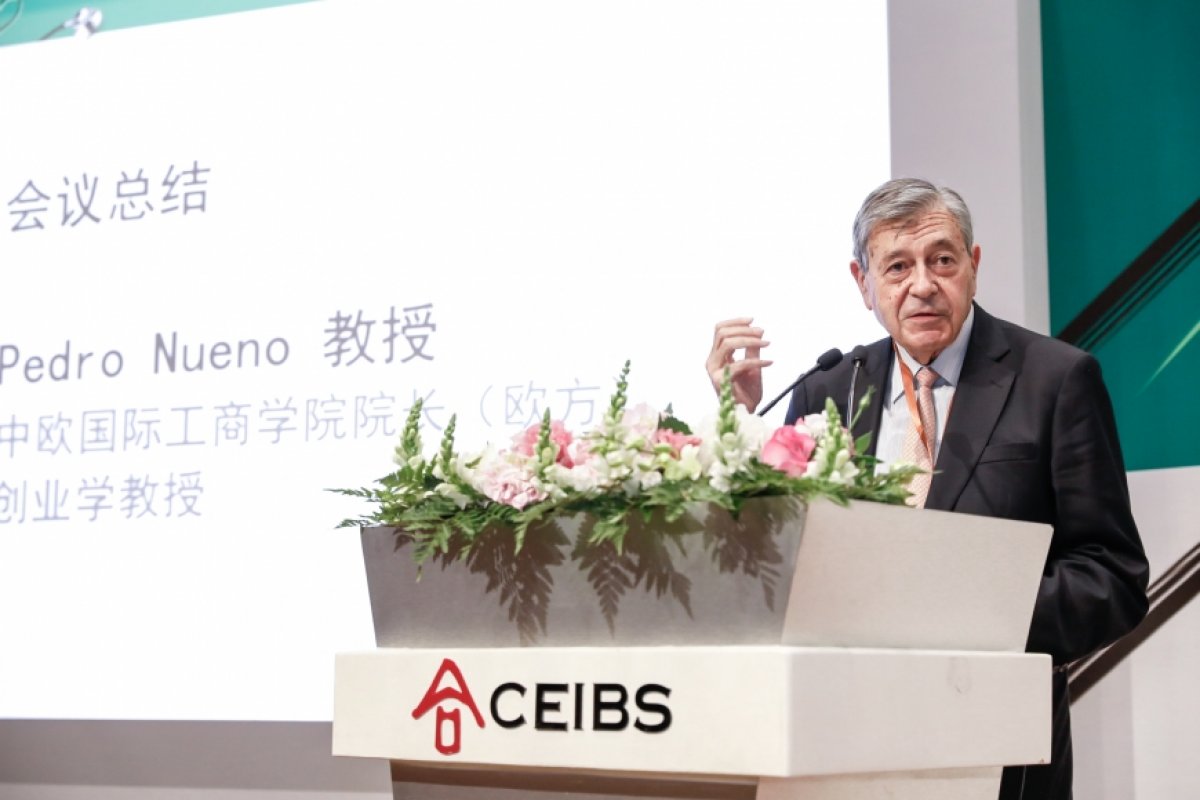 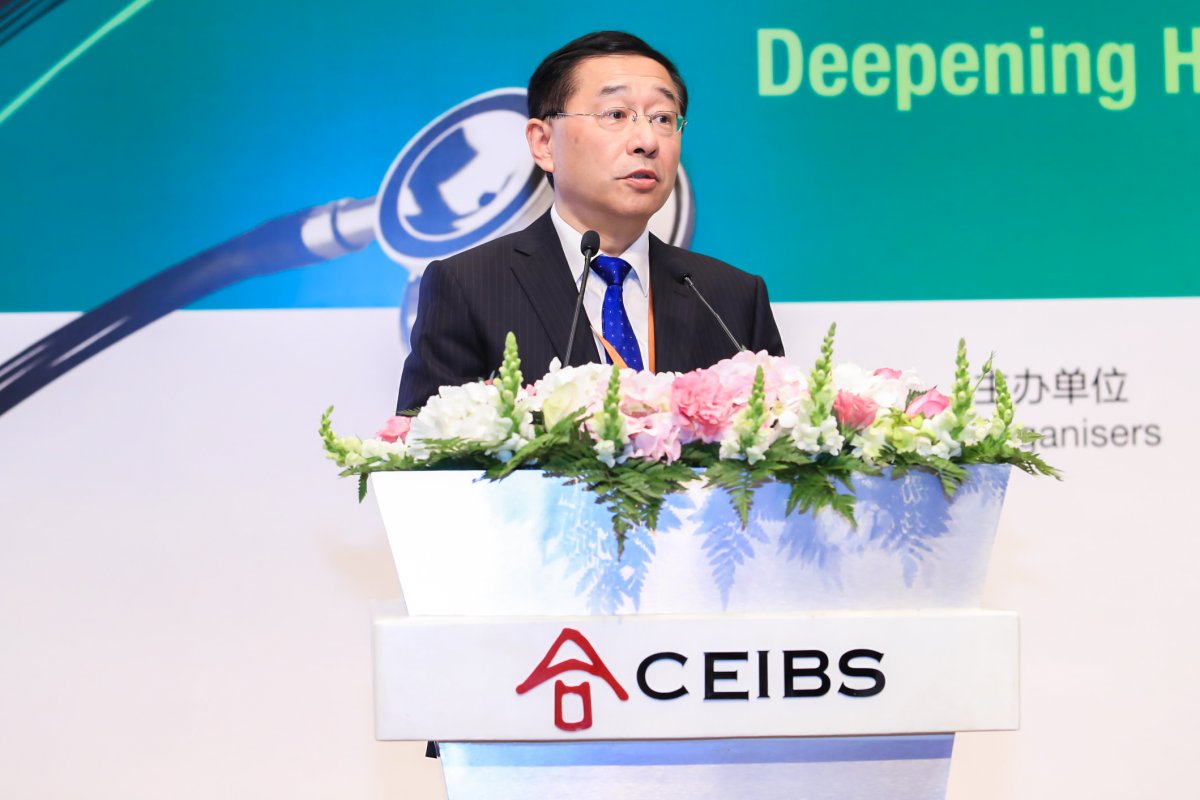 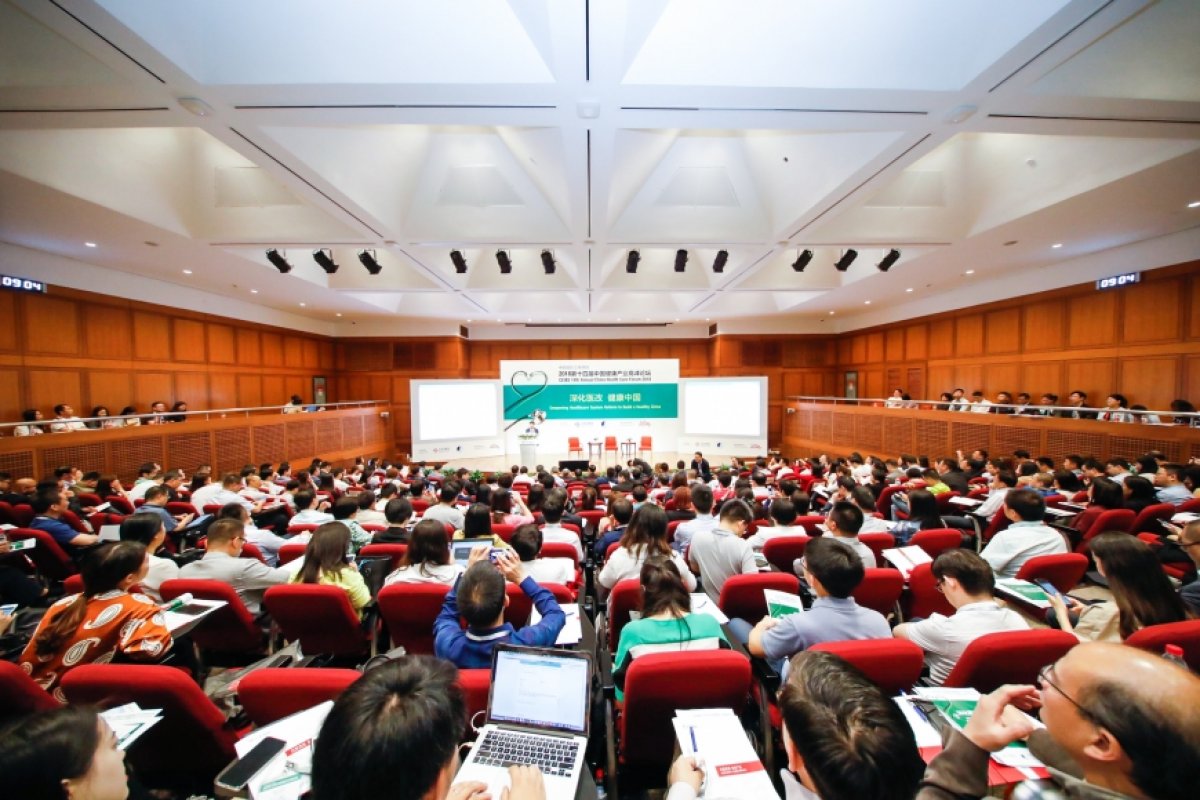 May 12, 2018. Shanghai – This year marks the 14th staging of the CEIBS Health Care Forum, and is also the first year the event is being held after the 19th National Congress of the CPC. The Congress had emphasised the importance of deepening reform of the public healthcare system to offer Chinese nationals affordable and easier access to medical services, by rolling out the Healthy China 2030 strategy. CEIBS Assistant President Dr. Snow Zhou who moderated a part of today’s event, highlighted the role CEIBS has been playing in contributing to China’s medical reform. “CEIBS assumes its social responsibility as a China knowledge powerhouse by building this platform for insight sharing, between policymakers, scholars and industry leaders, to accompany our country in the medical reform process,” he said.

In his welcome address, CEIBS President, Professor of Management, Li Mingjun remarked that, the domain of healthcare remains one of the many key research vectors of the school. “The CEIBS Centre for Health Care Management and Policy, led by Adjunct Professor of Economics John Cai, has become a tunnel through which the school can continuously provide advice to policy makers,” he noted. Within the powerful CEIBS community, he added, “There are also a lot of alumni working in the healthcare industry,” and “the CEIBS healthcare network keeps growing year on year.” He believes China’s medical reform will be successful with the government’s leadership, China’s superior social system, and Chinese people’s wisdom and efforts are effectively coordinated and synergised.

The insightful forum first looked at the progress and trends in China’s healthcare system reform. Among the speakers was Dr. Wu Jinglei, a chief physician who is also Director and Deputy Party Secretary of Shanghai Municipal Commission of Health and Family Planning. He shared with the audience current results and future prospects for healthcare reform in Shanghai. “The average life expectancy of Shanghai residents has reached 83.37 years, which, we can confidently say, is already comparable to the Scandinavian countries that are known for complete social benefit coverage,” he noted. Dr. Wu lauded the effective implementation of the medical reform in Shanghai, saying, “the infant mortality rate has been lowered to 3.71 per thousand within ten years, and the maternal mortality rate is now at a very low level as well, which is only 3.1 per hundred thousand. Both are much better than the US figures.” Despite these fruitful results, challenges are ahead, he said, pointing to the need to change people’s mind-sets. “We should integrate five values into every step in the reform: sharing, synergy, ecology, openness and innovation,” he urged. Before, according to him, the reform was heavily centred on medical services, but now it should be “health-oriented”.

Attendees also heard from Mr. Yan Qinghui, who is Deputy Director of the Department of Medical Insurance of the Chinese Ministry of Human Resources and Social Security. Mr. Yan spoke of five challenges ahead for medical insurance: long-term financial sustainability; effective synergy with various external agents; the balance between social benefits and pharmaceutical industry’s economic growth; the integrity and systematic nature of the medical insurance system at the national level; transition of the government’s role from a “one-way order assigner” mind-set to a ground doer and harmoniser between different stakeholders in the medical reform process.

Other important topics in terms of deepening China’s medical reform under the framework of the Healthy China 2030 strategy such as how to reform hospitals by removing institutional obstacles and how to reform the pharmaceutical industry through increased availability and value creation were the subjects of panel discussions in the afternoon.