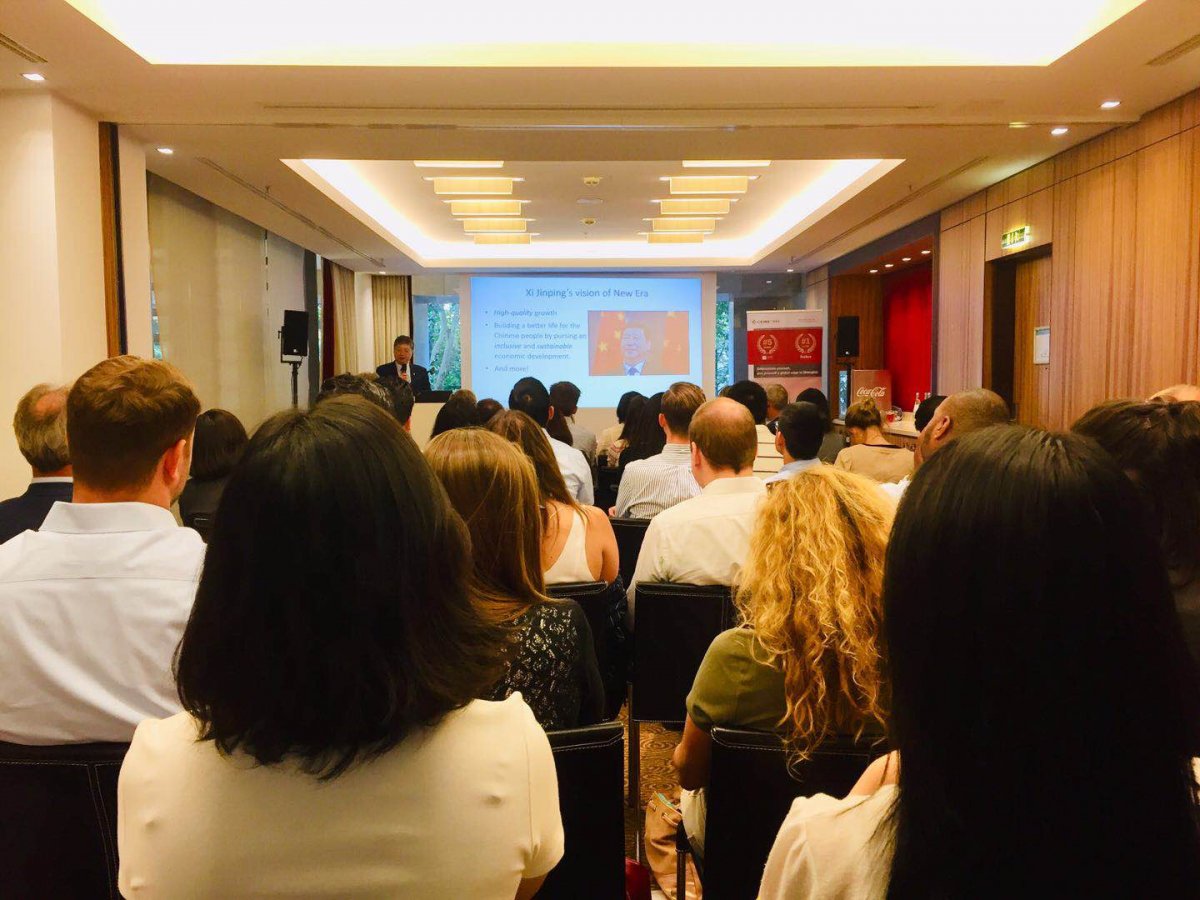 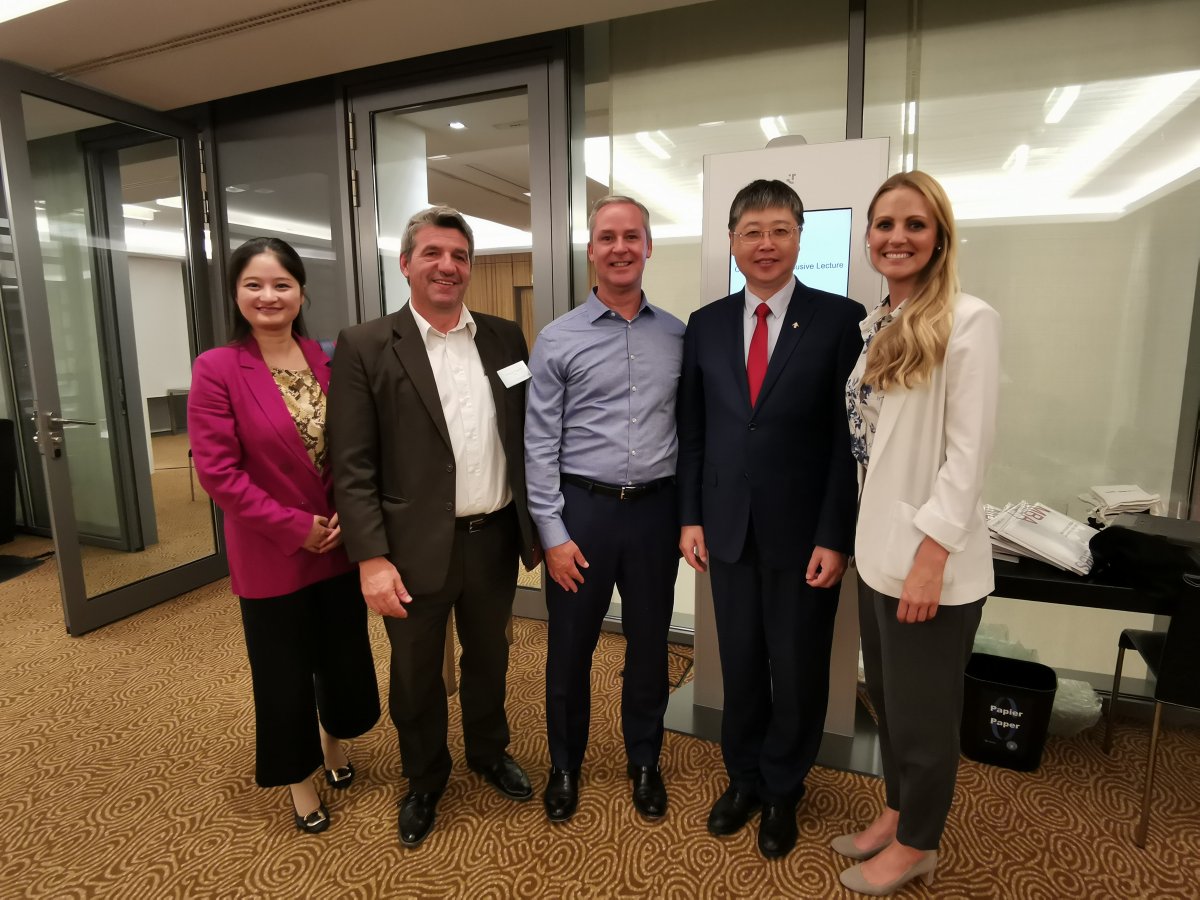 July 3, 2019. Dusseldorf – More than 40 business and innovation-minded participants gathered today at the Intercontinental Hotel in Dusseldorf for an exclusive CEIBS 1+1 Lecture on the topic of China’s Economic Transition and Its Global Impact.

The event began with an introduction from CEIBS Zurich Campus CEO Robert Straw, who challenged the audience with the question, “Do you have what it takes?” CEIBS, he assured, would provide them with the answer. With a well-established campus based in “the heart of Europe,” Dr. Straw stated that CEIBS intended to place greater emphasis on the “E” (European) and “I” (International) in the school’s name by way of its GEMBA and MBA programmes and invited prospective students to come and be a part of the next exciting chapter in the school’s history.

Next, Yuen-Ling Lok (CEIBS MBA 2009) shared her experience as an MBA student at CEIBS. Now the Head of Commercial Operations Holographic Light-guiding at Covestro, Lok said she decided to attend CEIBS to get a better understanding of the “Chinese dimension” of business. Having grown up in Germany, she explained, she found that the school not only taught her about international business practices, but also cultural differences within these practices.

CEIBS Professor of Economics and Finance Bin Xu then gave a lecture on China’s radical economic transformation and what it entails for the rest of the world. “China is no longer the China of our impressions,” he emphasised, adding later that, “The new era of the Chinese economy is characterised by a ‘new normal,’ new transformation and new opportunities.” Using this new era as a backdrop, Prof. Xu then identified windows of opportunity that have opened up for German businesses.

The event concluded with a brief Q&A session with many of the participants eagerly voicing their questions and opinions. During the Q&A, Prof. Xu fostered further discussion on the future landscape of the global economy and what role Germany can play in it. For more details about CEIBS 1+1 Lectures and other upcoming CEIBS events, visit our events page here.