~ Series of events held in Beijing under theme of New Era, New Responsibility
Back
Printer Friendly Page
Share to: 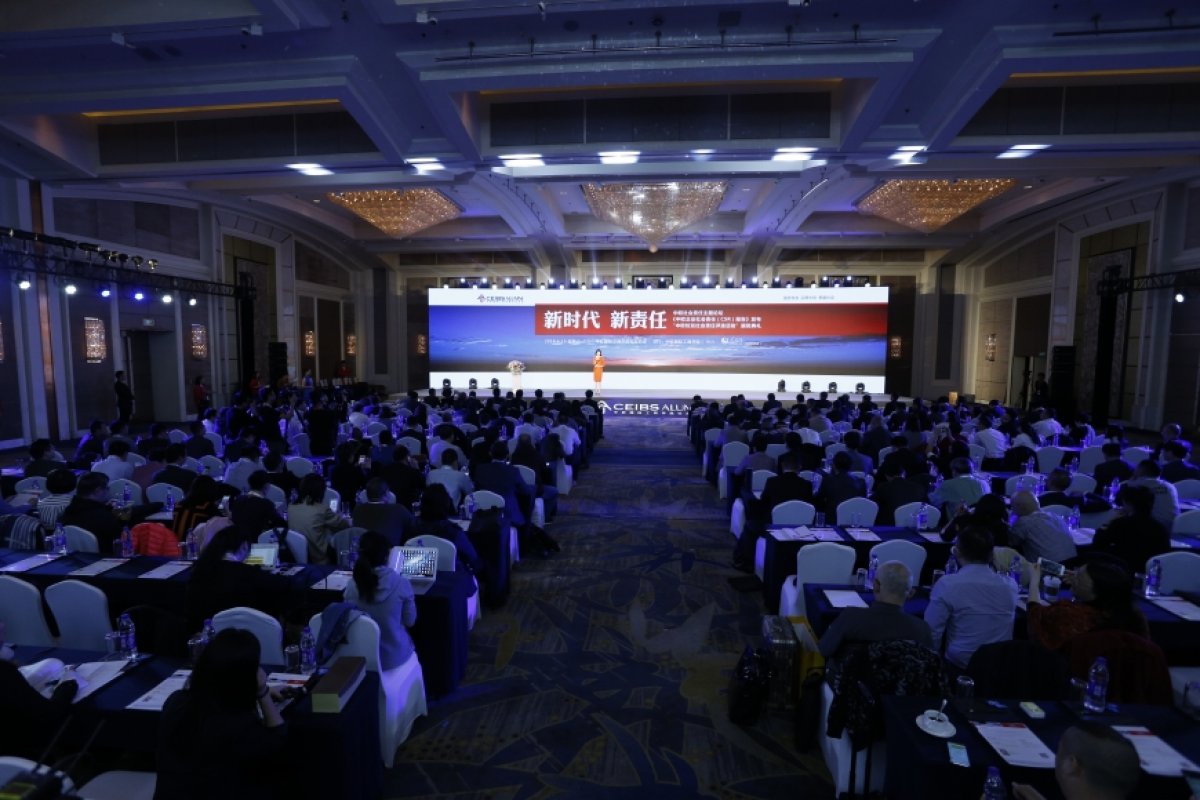 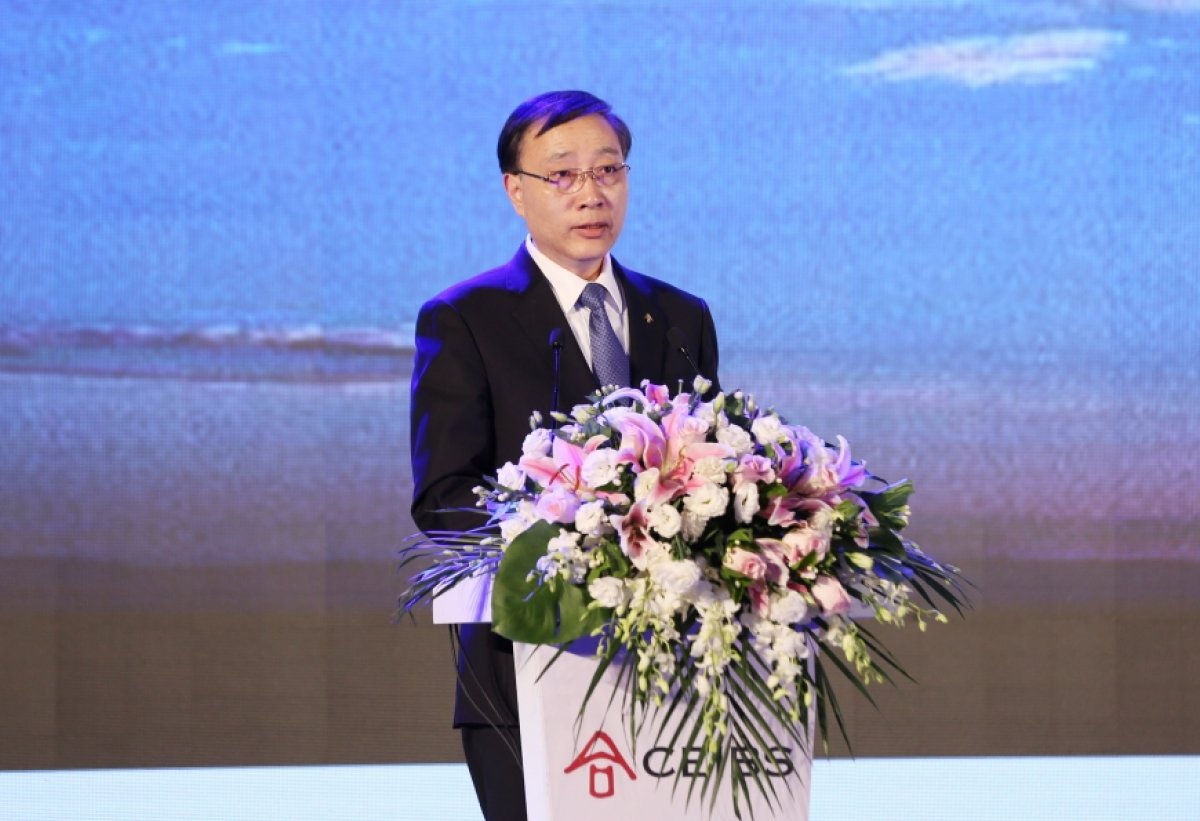 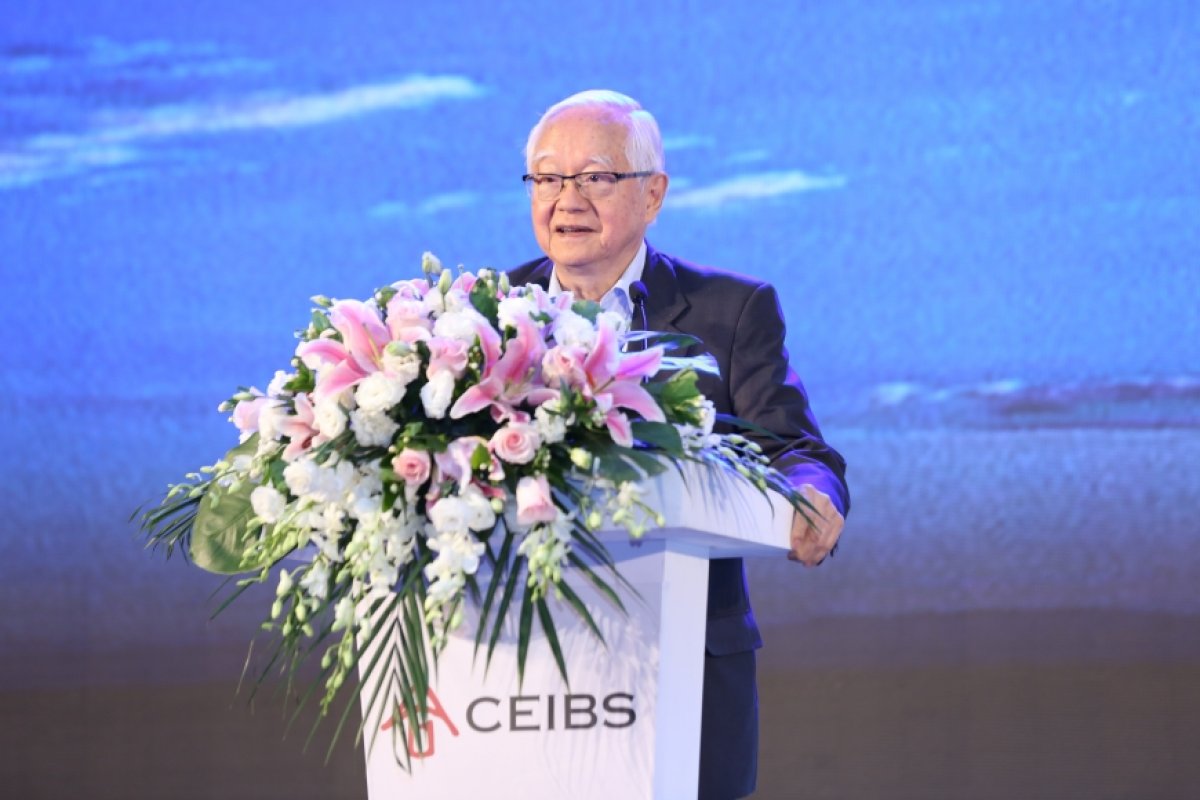 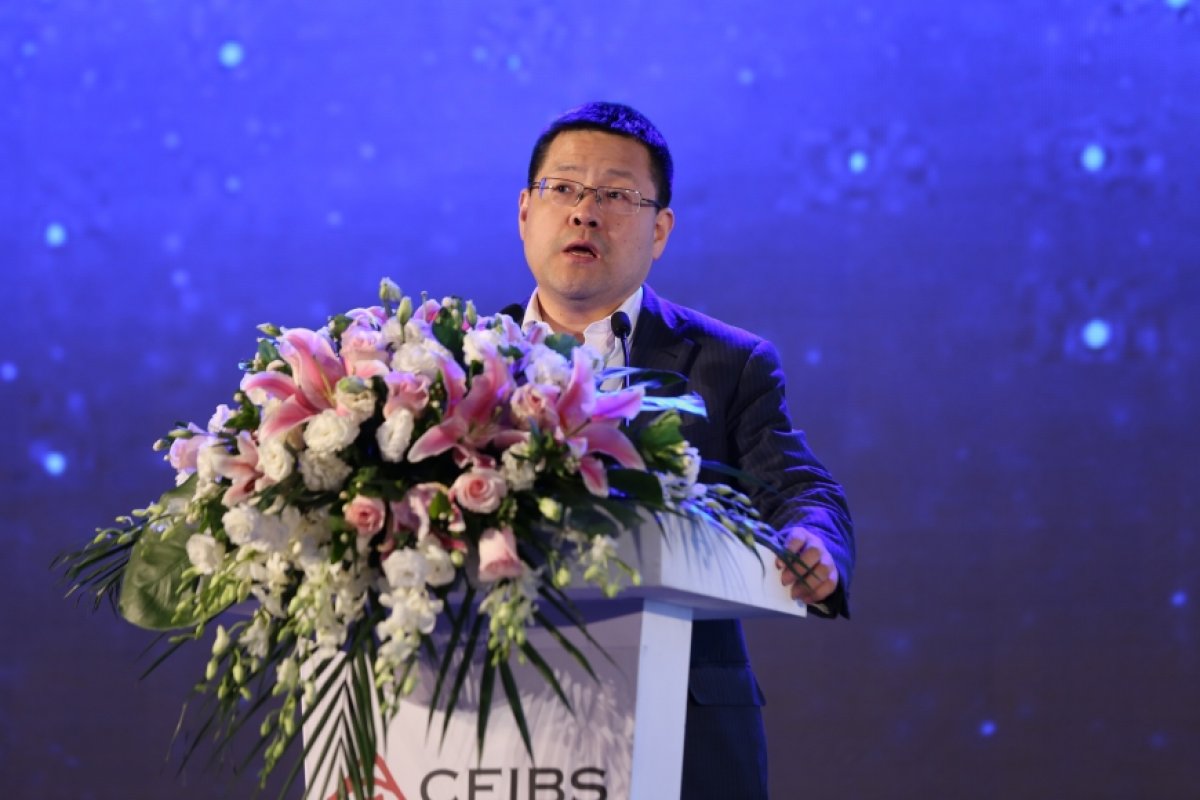 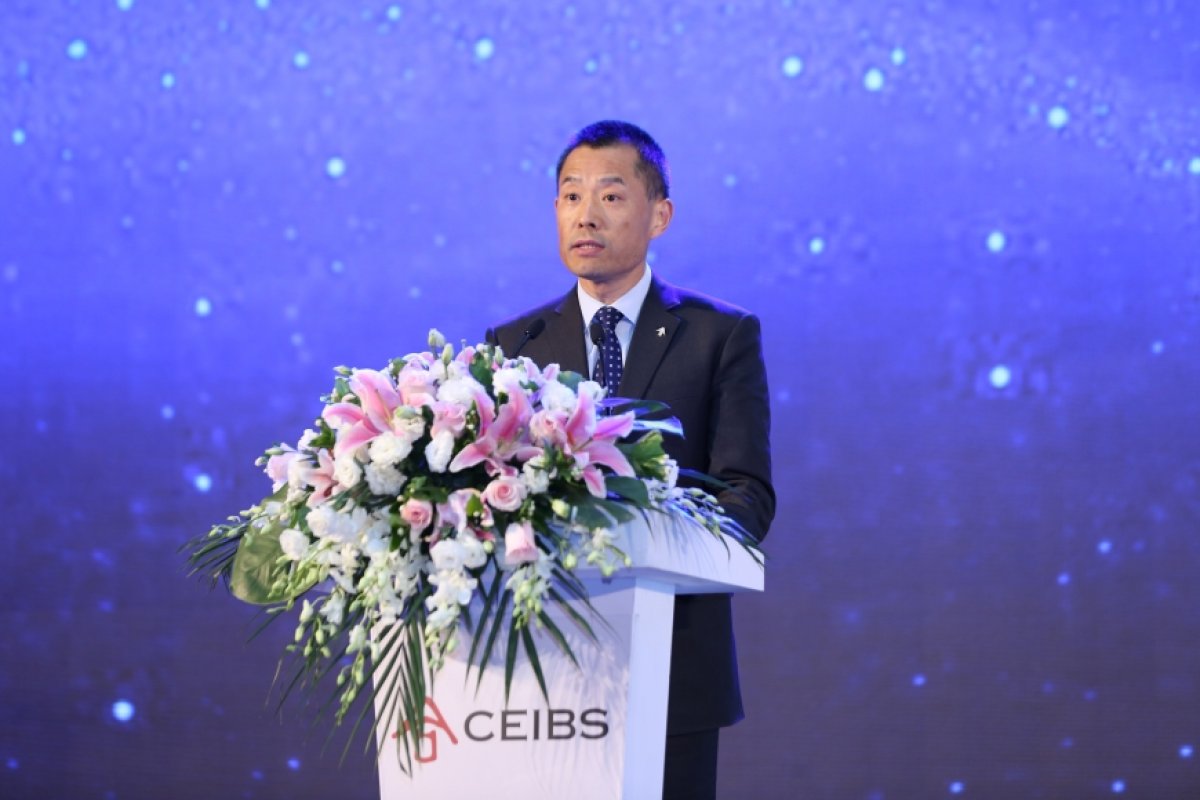 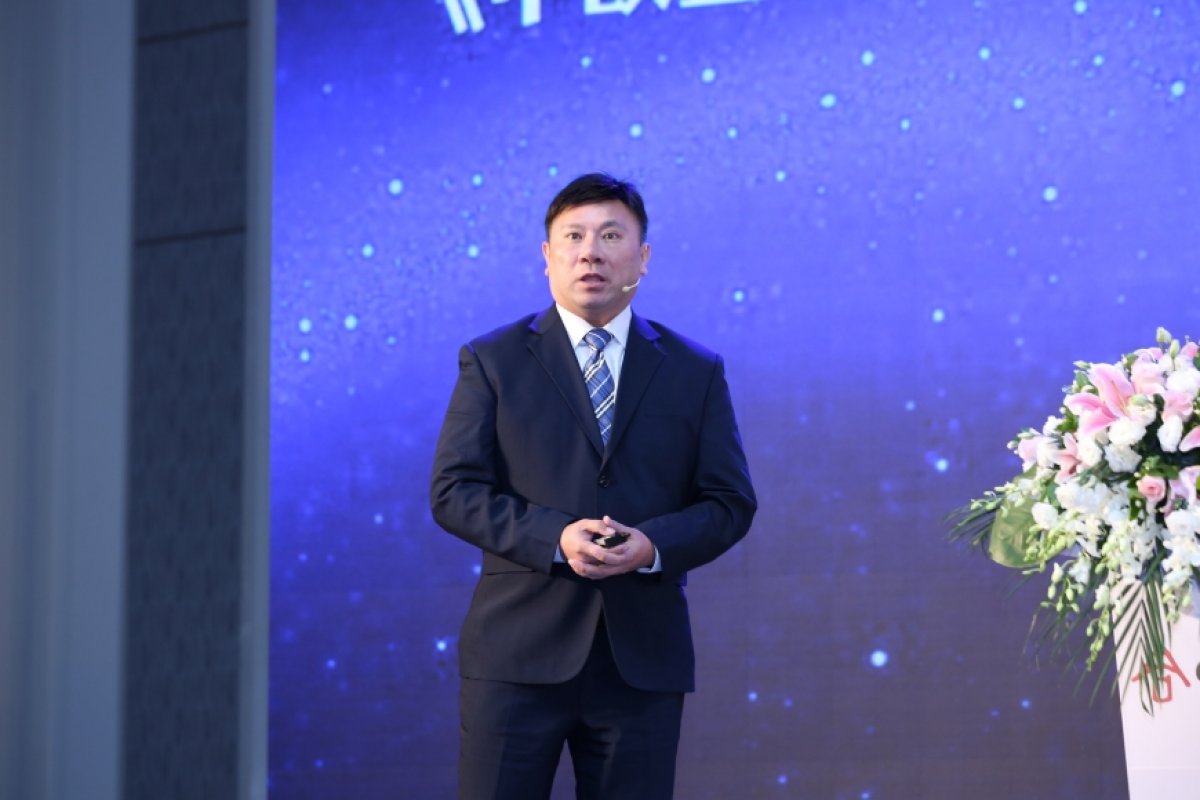 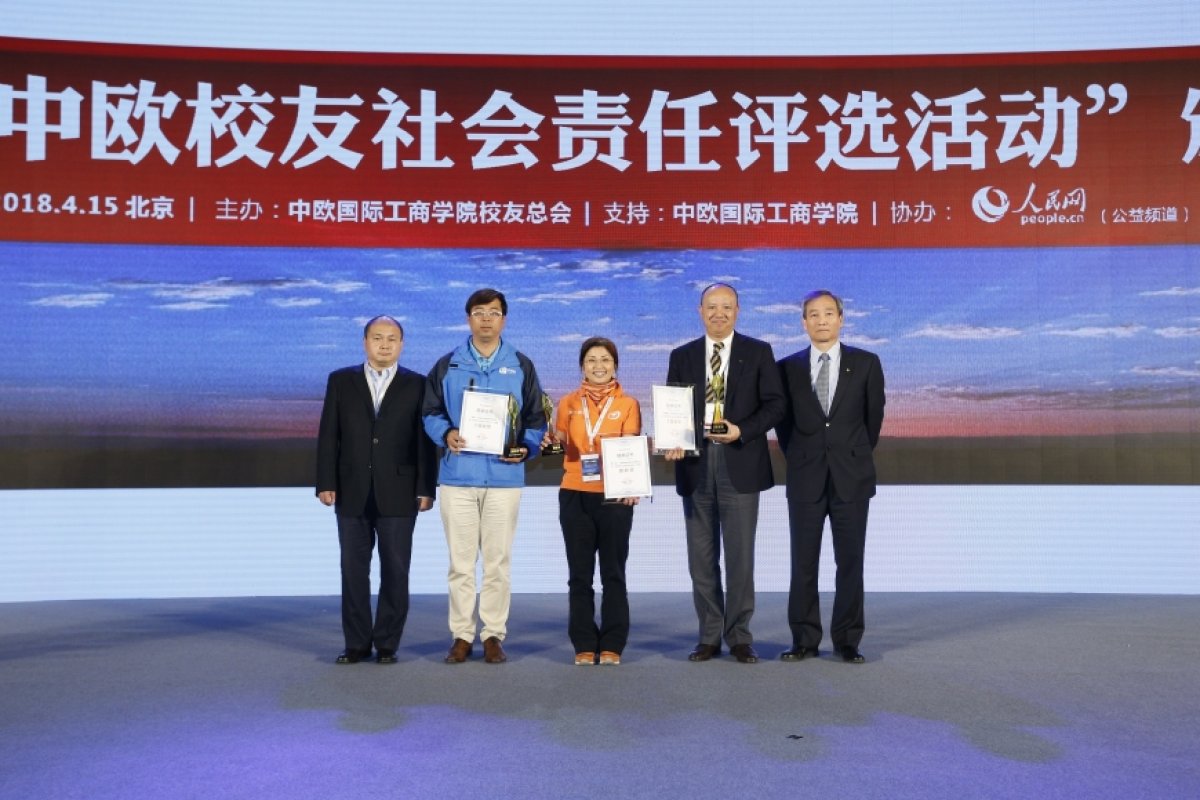 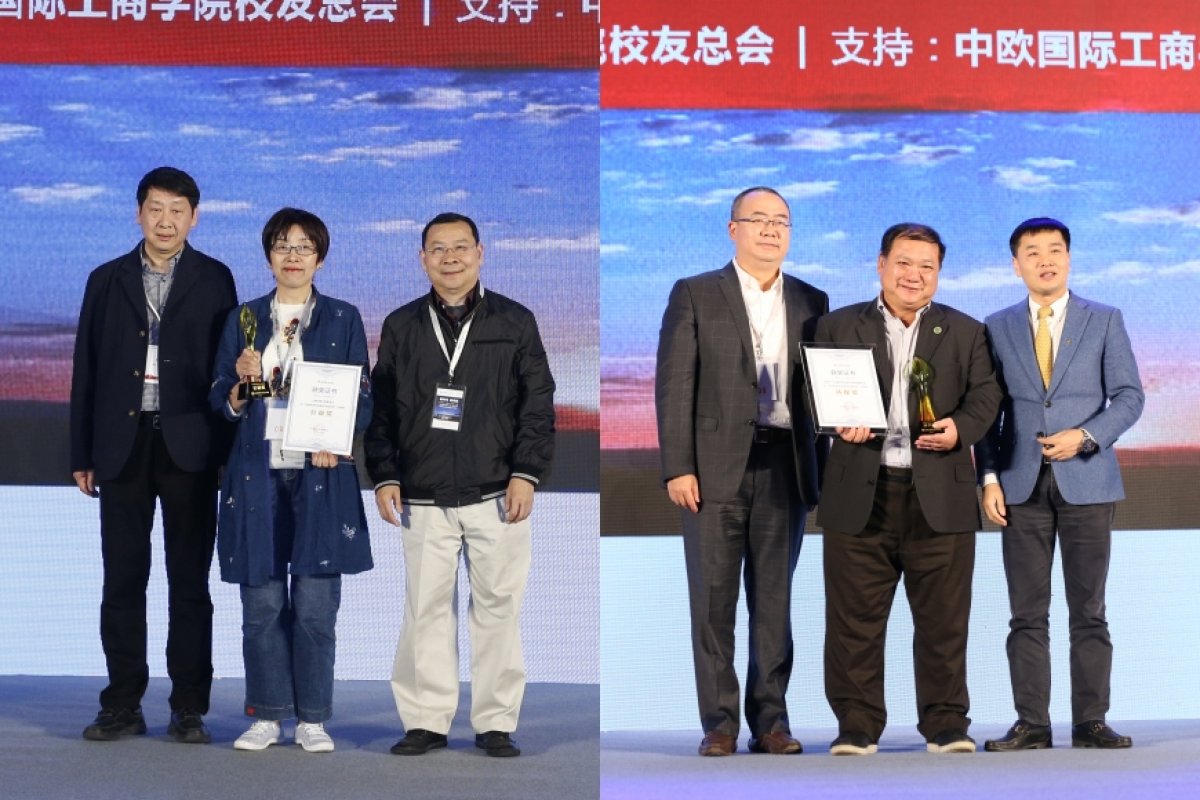 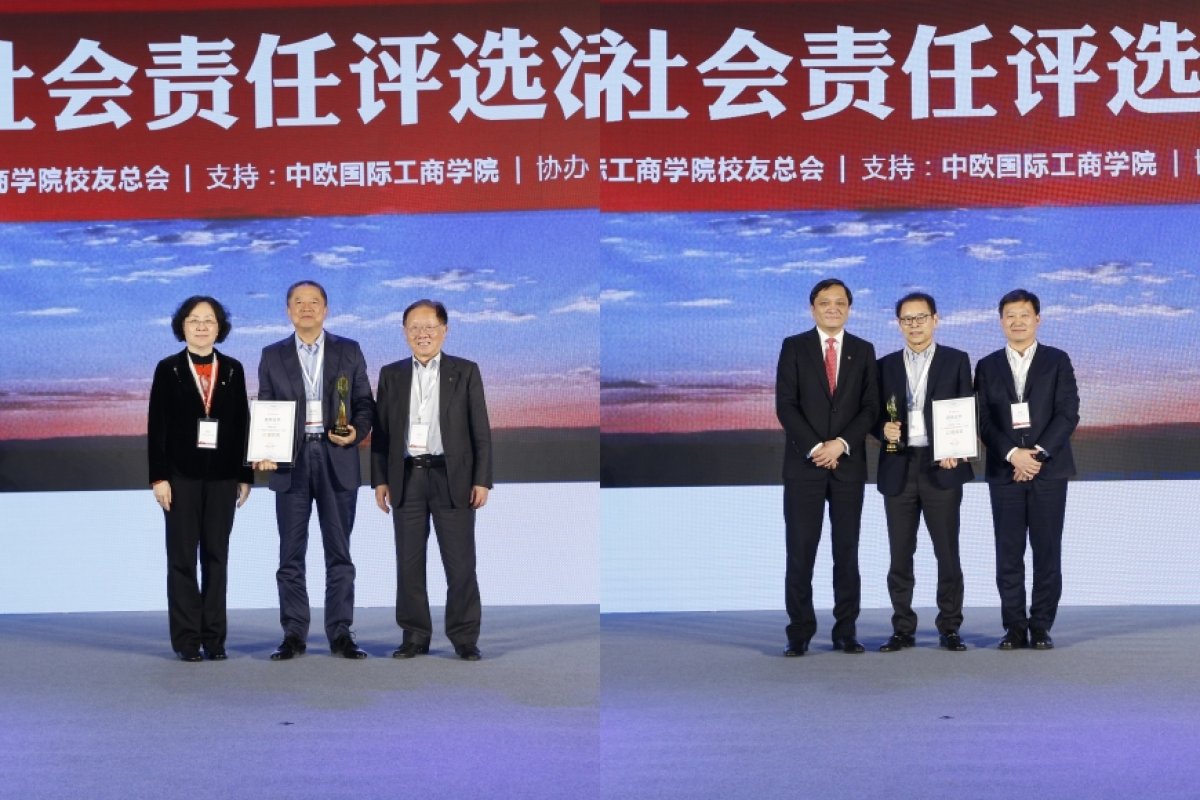 As a renowned international business school, CEIBS has long embraced its mission of fostering business leaders who have an entrepreneurial spirit and actively assume their social responsibility. On the cusp of a historic moment in time, CEIBS Alumni Association and the school jointly held the series of activities as a way to encourage alumni to make every effort to be beyond reproach in their commercial activities, and urge more alumni enterprises to include social responsibility in their development strategies. In the future, social responsibility will become the theme of annual CEIBS Alumni Association meetings, providing an opportunity for the leading business school in Asia to continuously contribute to the advancement of commercial civilisation and social progress.

As CEIBS President Professor Li Mingjun noted in his speech that signalled the start of the forum, in the last 24 years CEIBS has consistently been in step with the times and the fate of China – and bravely assumed its social responsibility. He explained that, since its establishment, CEIBS has always been closely connected to the wider society and has integrated the concept of social responsibility into all aspects of its day-to-day operations such as teaching, research, and forums. President Li reminded the audience that CEIBS has offered a compulsory course in business ethics since the launch of its MBA programme, and has selected Good Deed Award winners among EMBA programme participants every year to encourage students to take an active role in undertaking their social responsibility. Other facts shared by President Li: CEIBS established its Africa Campus in Ghana to equip local students with management knowledge and, by providing scholarships and subsidies, has made an impact in educating the continent’s current and future leaders. To date, CEIBS has 449 alumni in Africa. In September 2017, CEIBS began to offer – from its Beijing Campus – a special course called Key Talent Programme for Chinese Companies Going Global, so as to contribute to the implementation of the Belt and Road Initiative. “We would like to work together with everyone to keep the concept of social responsibility at the forefront of our minds and jointly promote the development of commercial civilisation along with the progress of China and the rest of the world,” said President Li.

Another highpoint of the forum was an inspirational speech by Baosteel Chair Professor in Economics at CEIBS and spokesperson of the CEIBS Alumni Social Responsibility Series of Activities Wu Jinglian. He pointed out that the social structure that took shape in the 19th century meant that social issues were handled through both the private and public sectors. Over the years, defects have gradually been found in this model. Governments around the world have had to pay higher and higher costs to address social issues, yet they are still unable to meet public demand. This despite the fact that, in some specific cases, non-governmental organisations also deal with public issues. Prof Wu added that this pattern, although it developed fast, was weak and lacked resources, and accounted for a small proportion of the society. Therefore, it became a trend in the late 20th century to get thousands of commercial companies involved in public welfare activities. At present, the pattern of social enterprise has been institutionalised in some countries and it is hoped that similar systems will emerge in China, which will allow the business community to provide more help in solving social problems. He explained that it is of great significance that CEIBS has raised social responsibility to the strategic level, and he told the audience of his wish that this cause would be successful.

Co-director of China Commercial Civilisation Research Centre Qin Shuo, who is also a Financial Observer and the Initiator of Qin Shuo's Circle of Friends, shared his research findings from the field of commercial civilisation. He divided corporate social responsibility into three phases. In version 1.0, there is a potential, implied contractual relationship between the enterprise and the society and the company's profits should be regarded as the result of an enterprise’s effective use of social resources and successful supply of required services to society. In version 2.0, social value-driven companies emerge as the times require; that is, a group of companies that have prospered out of good deeds and continue to uphold good deeds. And in version 3.0, social value is created in the social public space through entrepreneurship, which is the outlook for the future. To drive home his point, he shared a quote from Adam Smith's The Theory of Moral Sentiments, "The perfect human nature will be constructed when one thinks of others more than himself, suppresses his own desire and conducts good deeds in public."

Executive Director of the CEIBS Alumni Association, Co-director of the Corporate Social Responsibility Committee, and Chairman of China Universal Asset Management Co Ltd Li Wen, shared his experiences from the perspective of someone who practices CSR.  According to him, "An enterprise should, from its launch, assume social responsibility, which is also a major reason for its very existence. Social responsibility creates social capital and is an important core competitiveness of an enterprise. The connotation of social responsibility is continuously deepened with the development of the enterprise and the progress of the times." Good corporate governance, adequate organisational security, and integration into the company's corporate culture are three elements in a company's practice of social responsibility, he told the audience. Li Wen added that the day’s event was an indicator of CEIBS’ open mindedness in exploring the current landscape and diligently fulfilling its social responsibility with concrete results. Meanwhile, he said, the alumni are enriching the core values ​​of CEIBS through their own efforts.

The report points out that, from a global perspective, there is a consensus – within the society – on the importance of engaging in CSR, and global business practices that incorporate CSR development trends have been integrated at unprecedented levels. Chinese companies’ CSR practices are rapidly catching up with international trends: environmental protection has become one of the most important challenges; corporate poverty alleviation has shifted from financial to technical aid; it has gradually become a trend to publish CSR reports, the content and use of which are increasingly diversified; and the investment community is actively promoting responsible investment. Chinese companies have increasingly grown to realise that CSR is not merely a cost or constraint, but also a strategic step that can create new opportunities, promote innovation and provide a competitive edge.

CEIBS leaders, professors, and well-known public welfare activists presented awards to winning alumni companies/organisations who were lauded, by everyone present, for their outstanding contributions to the field of corporate social responsibility.