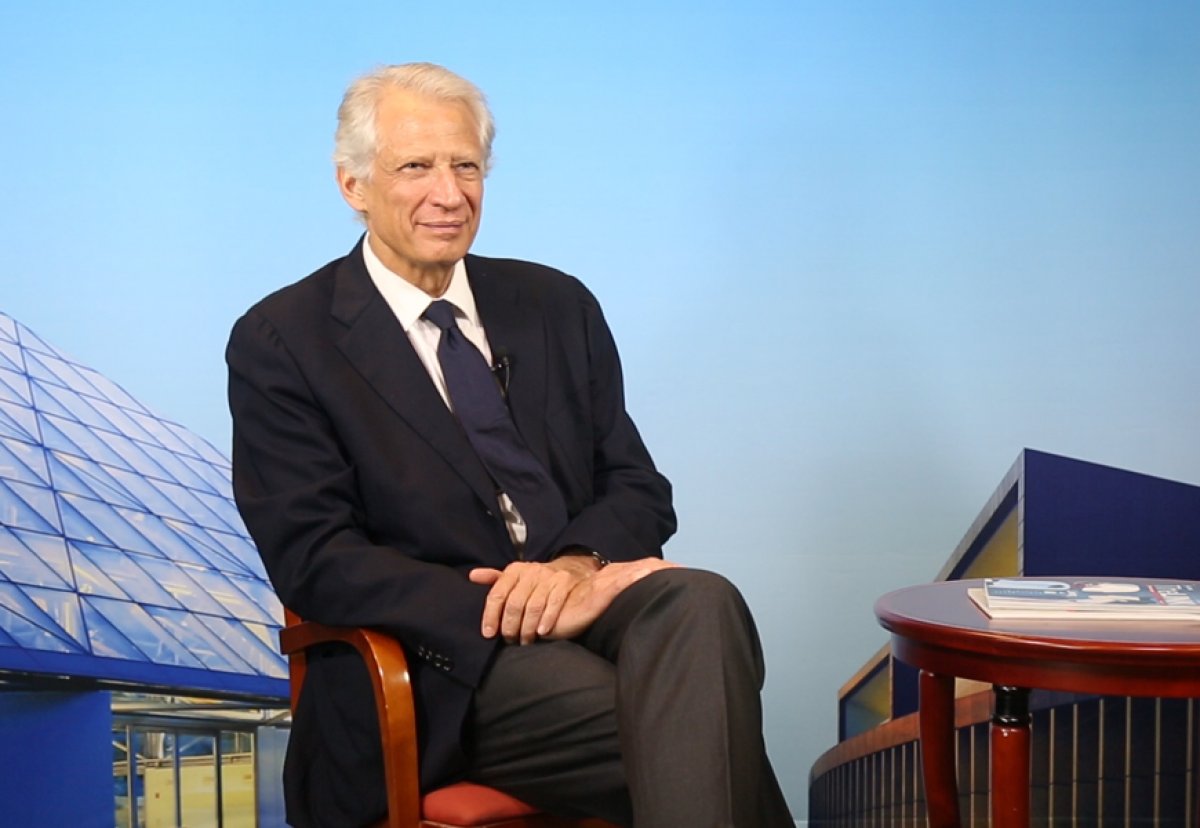 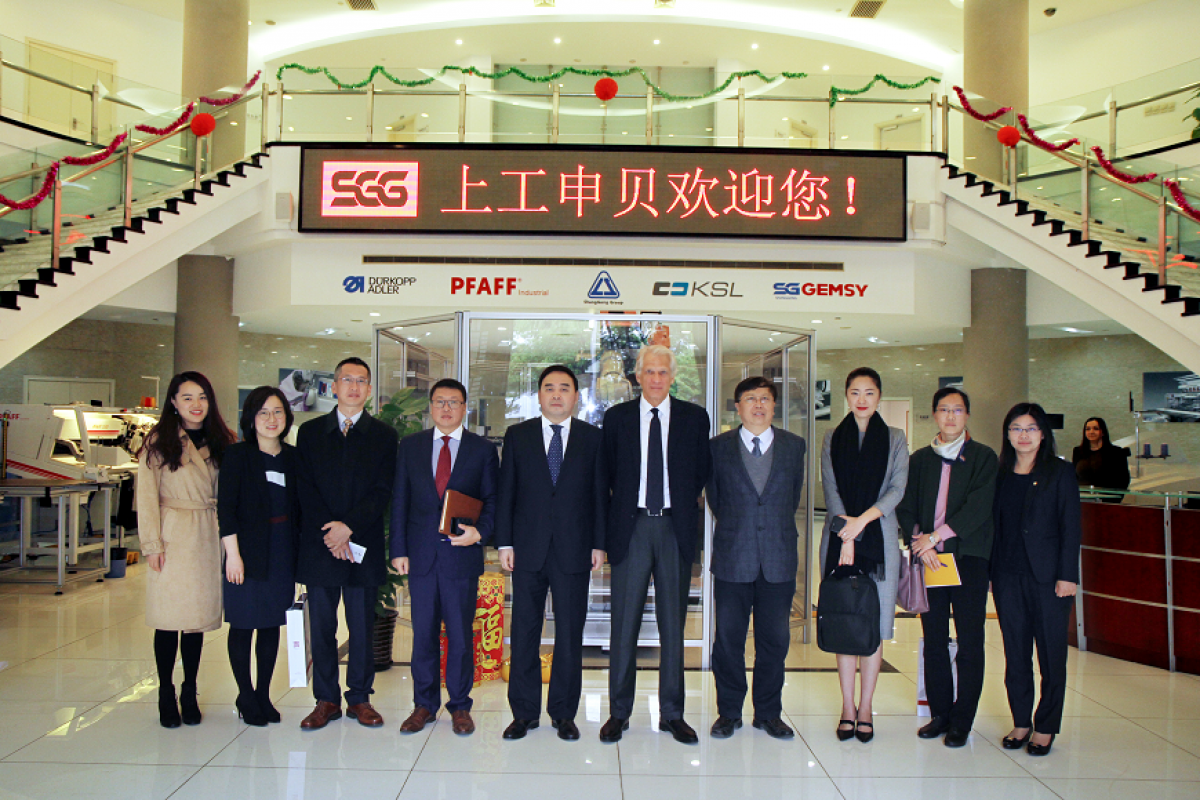 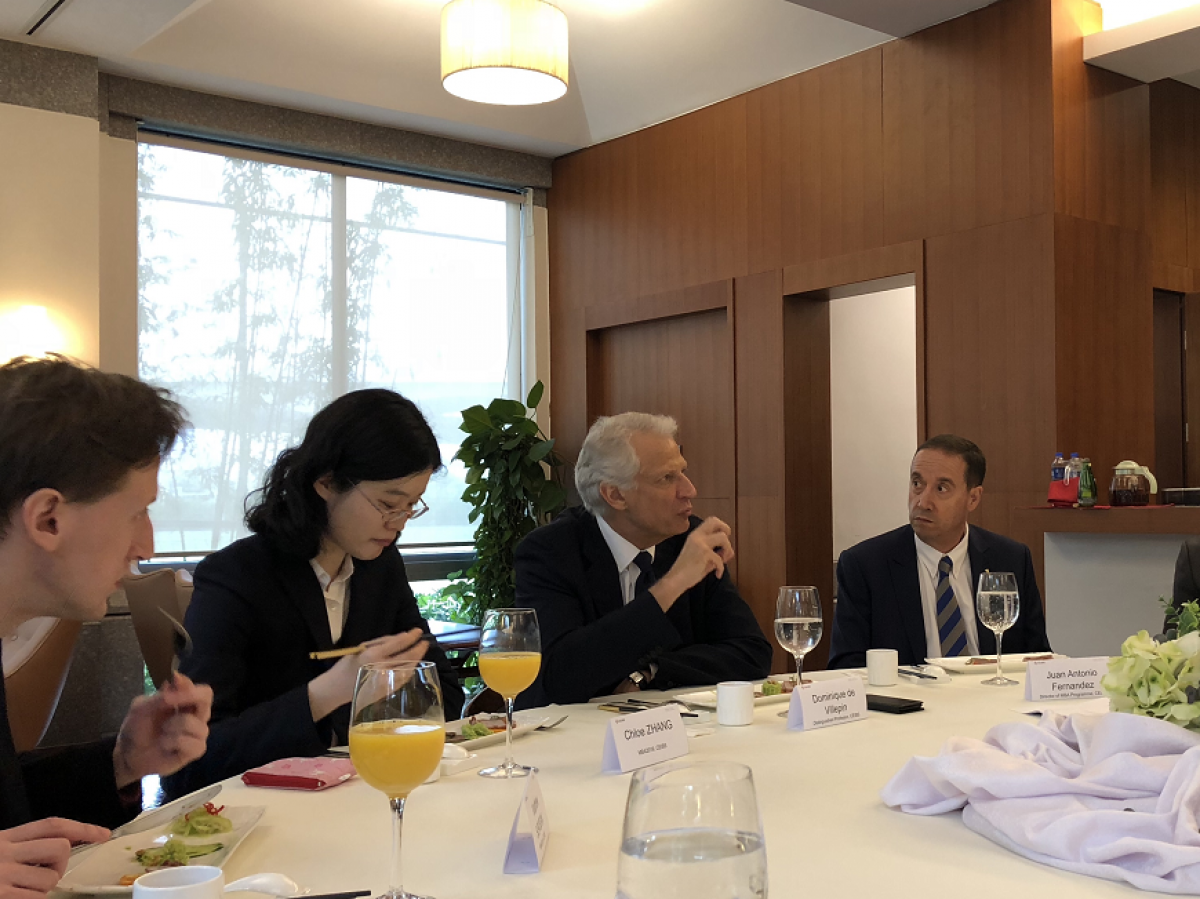 April 13 & 14, 2018. Shanghai – Dominique de Villepin, the former Prime Minister of France who CEIBS is now honoured to have as a member of its faculty, has stressed the importance of the 15-year-old China-EU Comprehensive Strategic Partnership, especially at a time of trade tension between the US and China.

“I think it’s a key partnership. In a moment of tension among the world community it's more important than ever,” he said. “I believe that the Europeans are committed to trying to find answers and peaceful solutions, through cooperation with China.”

He was speaking, on April 13, during a video interview with CEIBS Marketing & Communications, after wrapping up a roundtable discussion with a group of the school’s MBA students. This is the first of several visits planned throughout the year, during which the statesman will engage in high-level discussions and lectures on topics ranging from the China-led Belt & Road Initiative, art and culture, to the new global economic competition. He was appointed Distinguished Professor at CEIBS in January. The exchange of knowledge that will be facilitated by his visits is an excellent example of CEIBS’ role in fostering the China-EU Comprehensive Strategic Partnership.

Mr. de Villepin also touched on the importance of EU-China ties during his keynote speech at the April 14 CEIBS MBA graduation ceremony (related story). Convinced that Europe and China can work together in “reshaping globalisation”, he said graduating students will have a role to play in building bridges between nations and continents. “Since 1994, this school has been striving to gather excellent people showing interest in Europe and China. I do believe you’ll be the voice of this long and fruitful friendship,” he said. Pointing to the US$500 billion of annual trade between China and Europe, he spoke of the inevitable need to strengthen existing economic bonds while collaborating on new ones in “dynamic sectors like smart cities, transport, green energy and Artificial Intelligence”. He also stressed that economic partnerships are the best way to stave off “commercial war”, and spoke of the need to “build an alternative to the escalation currently taking place between China and the United States with growing tariffs on both sides”.

Mr. de Villepin’s visit also included April 13 afternoon interviews with the Chinese media and a morning visit to sewing machine manufacturer Shanggong Shenbei Group (SGSB) where CEIBS EMBA alumnus Zhang Min is Group Chairman and CEO. A number of other CEIBS alumni from a range of industries including culture, technology and investment, also got an opportunity to engage with Mr. de Villepin during dinner later that day.

Mr. de Villepin’s visit is part of a wider CEIBS initiative to mark the 15th anniversary of the China-EU Comprehensive Strategic Partnership. Throughout the year, there will be knowledge exchange – through events inside China – with other European and Chinese leaders from the world of politics, academia and business. There will also be major forums in five European cities as CEIBS embraces being a role model of effective China-EU cooperation by providing an economic and cultural bridge between both sides and act as a window of China’s reform and opening up in the education sector.