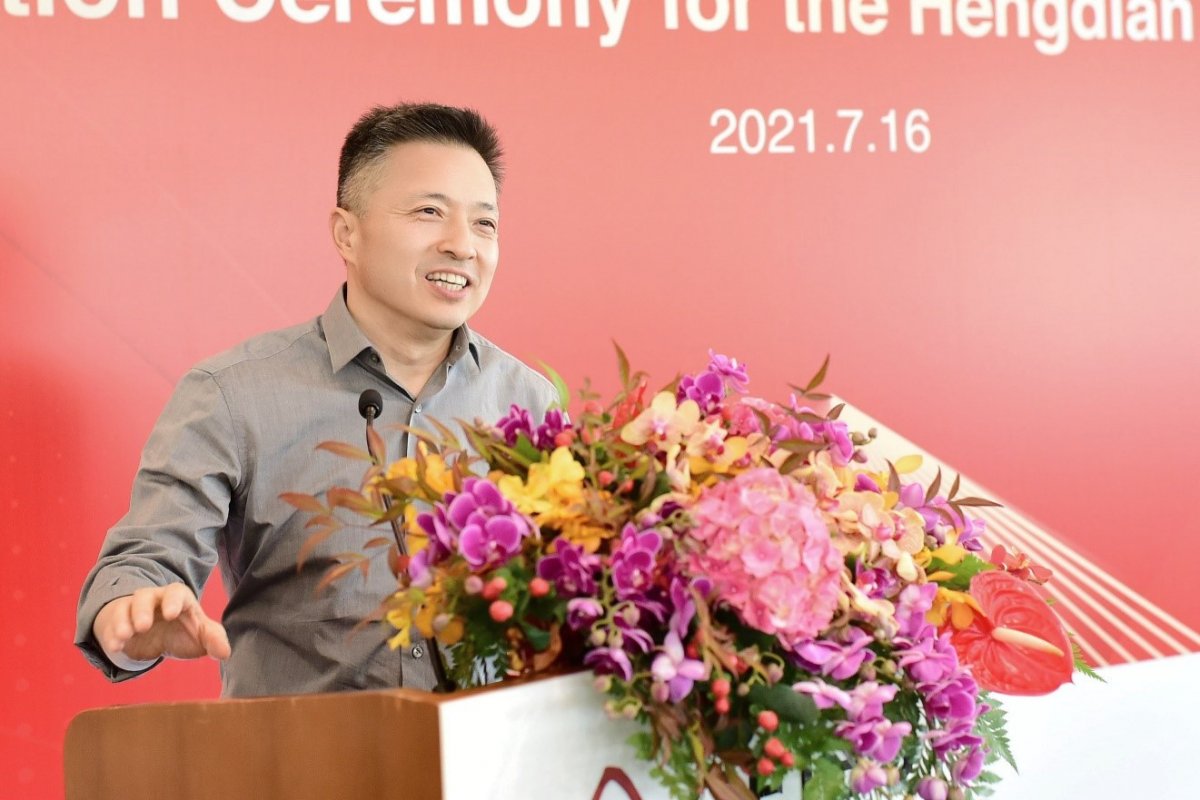 July 16, 2021. Shanghai – A donation ceremony was held at CEIBS Shanghai campus today to recognise the establishment of a new Hengdian Group Chair.

Chaired professorships are an important form of support for higher education institutions. They are both a high academic honour and an important recognition of the teaching and research ability of faculty. As such, they can help attract and retain top professors and thereby aid in the development of schools.

As decided by the CEIBS Management Committee, CEIBS President and CEIBS Education Foundation Chairman Wang Hong has been appointed as the Hengdian Group Chair in Management.

During the ceremony, Prof. Wang expressed her gratitude to Mr. Xu and Hengdian Group for their support and trust in CEIBS and said she was honoured to be able to help deepen teaching and research about Chinese enterprises.

Perhaps most well-known for its Hengdian World Studios film property, Hengdian Group is playing an important role in China’s reform and opening up. Since 1975, the company has formed a rich industrial cluster and industrial chain and has made numerous major contributions to the development of Zhejiang Province. With a strong focus on electronics, chemicals, pharmaceuticals, and entertainment, it is often cited as a benchmark for industry-region integration and a model for economic development in China.

Speaking during the event, Mr. Xu said that the measure of value of a company rests not only in its profitability, but also its sense of social responsibility.

At each stage of its development, Hengdian Group has embraced the belief that enterprises that take from society should give back to society. As such, he said, Hengdian’s values are closely aligned with CEIBS’ mission to educate responsible leaders versed in “China Depth, Global Breadth.”

In conclusion, Mr. Xu said he hoped the company’s gift will help strengthen the school’s research efforts and inspire CEIBS students and alumni in their spirit and thinking.

Lastly, CEIBS Management Committee member Ma Lei recalled that throughout CEIBS’ development, Hengdian Group has been there to provide the school with support.

He further noted that advocating for and practicing corporate social responsibility (CSR) and sustainable development are important to China’s development. Moreover, Mr. Ma said he hopes that Hengdian Group’s example will encourage those in the CEIBS community to seek a win-win situation for both business and society.