Cultivating Forgiveness: What Managers Get Wrong with Apologies 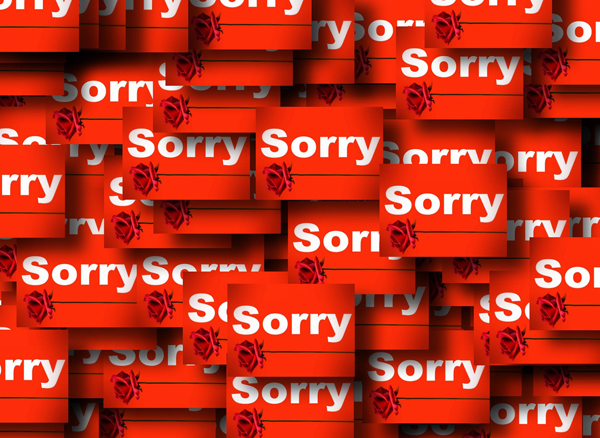 Conflict in the workplace is inevitable. Colleagues sometimes bad mouth each other; supervisors may take credit for a subordinate’s work; and power struggles are rife. Following such a conflict, the offering and acceptance of an apology is the usual way to reduce tension and prevent a full-blown drama. However, new research by CEIBS Lecturer of Management Zheng Xue finds that this apology ritual for resolving office transgressions is not always as effective as we think, particularly when it’s the boss who is delivering the apology.

Prior research has shown that an apology’s effectiveness is influenced by factors such as the closeness of the relationship between the transgressor and victim, and whether or not the transgression was intentional. In their study, Professor Zheng and her co-authors focused on evaluating the effectiveness of apologies from another aspect - the difference in power position between the transgressor and the victim. Their findings show that we are more likely to forgive a peer after they offer an apology, but less likely to forgive our boss or others above us in the office hierarchy. The researchers define power as either position power, where a subordinate must answer to a superior due to their position, or reward power, the ability to give or withhold resources from the victim such as salary or bonus. An apology is defined as an expression of remorse.

The researchers found that the reason apologies from managers often don’t result in forgiveness is because we tend to be cynical about those in positions higher than us, and therefore we also have a cynical view of their apology; we may go through the ritual of accepting it, but our cynicism keeps us from really forgiving them. Over time this can lead to staff feeling demotivated or less engaged in their work.

For their study, Professor Zheng and her co-authors surveyed two groups and did a controlled lab experiment. In the first survey, 247 employees of various organizations answered an online questionnaire. They were asked to “recall a specific incident that happened in the last six months, where someone in the company did something that offended, harmed or hurt [them],” whether they received and accepted an apology, and the transgressor’s reward power. The second online survey asked 156 employees to describe an instance where someone with higher or lower power (relative to the participant) transgressed against them and whether or not they apologized. In this study they were asked to describe the content of the apology and to assess, using a scale, their cynicism of the transgressor and their forgiveness of the transgression. Finally, the researchers conducted a lab experiment with 127 undergraduate business students at a European university. Participants all experienced the same transgression in a trust game. Some received apologies, others did not. Cynicism and victim forgiveness were then measured using a cynical distrust scale and a four-item forgiveness scale, respectively.

Across the three studies, results showed that apologies from transgressors with higher power relative to the victim will generally not lead to forgiveness from the victim due to victim cynicism. An important implication is that “the obligation of accepting an apology from a high-power transgressor may result in the low-power victim reconciling without forgiving, which may then be detrimental to the victim’s performance and well-being in the long term.” This does not mean that high power transgressors should not apologize to their subordinate victims; rather, transgressors and victims should be made aware of the phenomenon of victim cynicism and should try to dispel it. Additionally, high power transgressors should accept that a simple expression of remorse may not constitute an effective apology to someone with lower power, and should find more comprehensive ways to express remorse.

The results of the study can be found in a paper titled, “When Saying Sorry May Not Help: Transgressor power moderates the effect of an apology on forgiveness in the workplace,” which has been published in the journal Human Relations. Professor Zheng’s co-authors are Professors Marius van Dijke, Joost M. Leunissen, Laura M Giurge and David De Cremer. Read the paper here.