Inside the MBA China Discovery Series

February 13 – March 12, 2019. Shanghai - With a mission to educate responsible leaders versed in “China Depth & Global Breadth,” the China Discovery Series is designed to expose CEIBS MBA students to the most recent research findings relevant to China. It aims to deepen students’ understanding of China’s business environment and offer an opportunity to analyse perspectives on China’s history, economic developments, international relations, and cultural evolution.

The topics delivered in 2019 included:

The China Discovery Series is the quintessential China Depth experience. The series exposed participants to an array perspectives and visions of China’s history and future from great thinkers and corporate leaders. Each presentation served a different purpose but together they formed a holistic view of the Chinese economy and its challenges, changes, and successes. Each presentation provided students a framework for thinking about global economic changes over the past ten years, but also ideas on how to participate in the new economy over the next ten years. 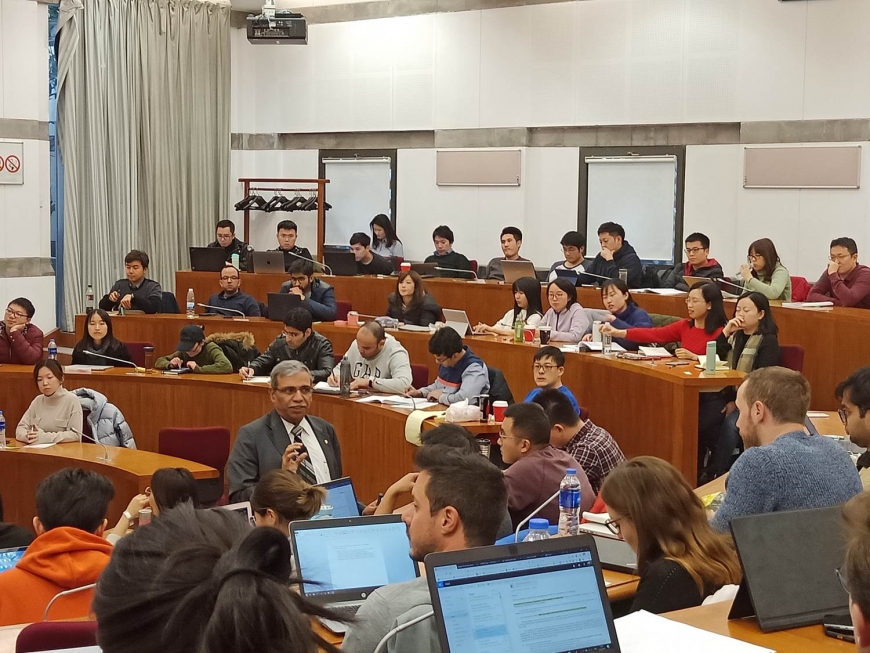 The Discovery Series started with a session led by CEIBS President (European) Dipak Jain exploring use cases of the “sandwich strategy” for marketers and innovators. Professor Jain’s past uses of this strategy provided us an applicable framework for dealing with the hyper-competitive nature of China’s innovators and fast movers. In China, there always seems to be a fast follower putting immense pressure on even the fastest companies. Using real examples from a range of industries from shipping to pharmaceuticals, students quickly learned to identify opportunities for use cases in any of field of work. Chinese companies continuously compete on price, but Prof. Jain nevertheless provided exactly the opposite advice: “Do not compete on price,” he said. “But, justify the claim of the customer that the service is not worth the price.” His elegant and smooth teaching style made the experience an amazing start to an excellent adventure into dealing with the speed and change in the Chinese economy. 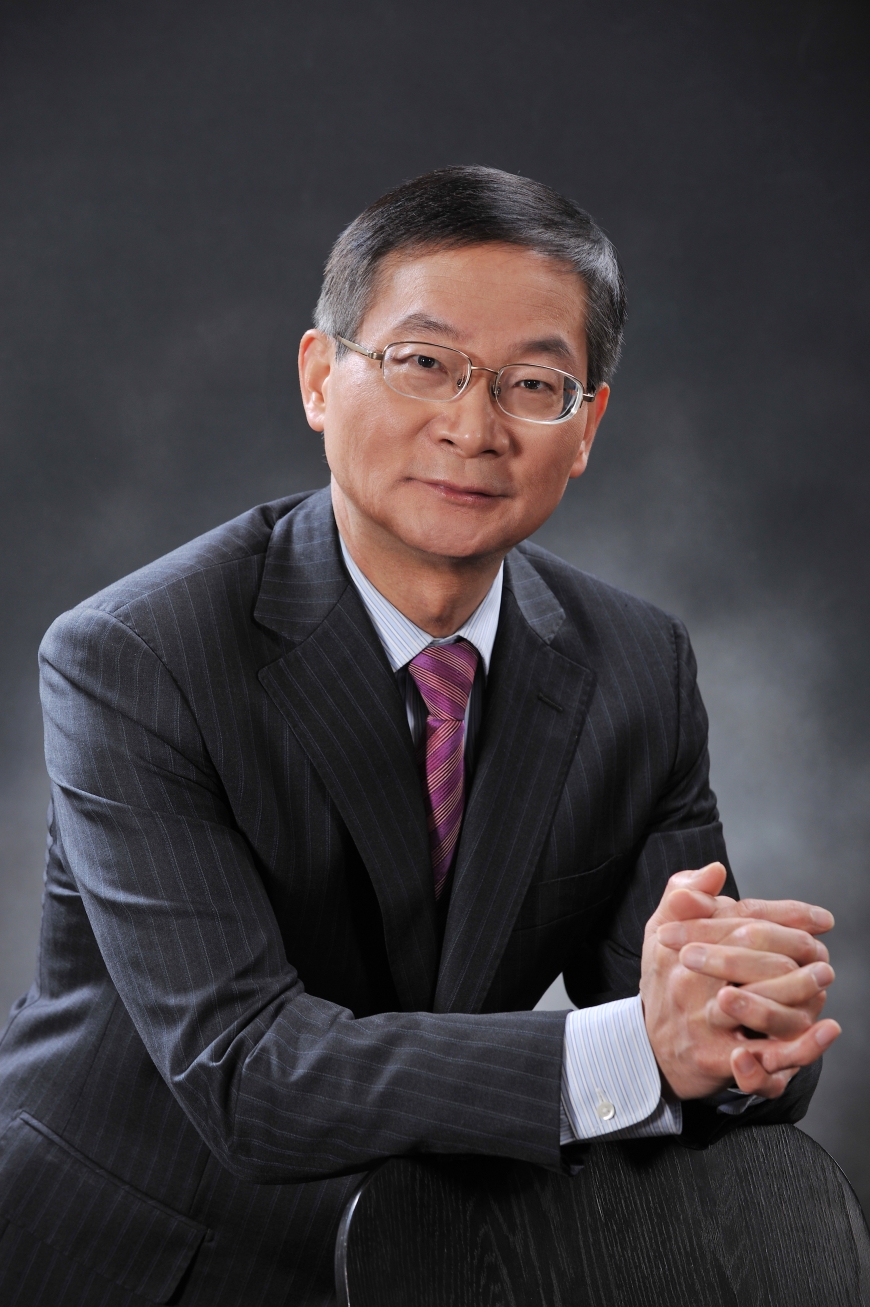 CLIIF Director and CEIBS Adjunct Professor of Finance Jiang Jianqing and CLIIF Executive Deputy Director and Adjunct Professor of Economics and Finance Sheng Songcheng tested our understanding of the last global financial crises and how to approach the Chinese financial landscape in the future. Dramatic and irreversible changes that have occurred since the Great Recession have raised the importance of the Chinese financial system to a level which the world can no longer ignore. By becoming the largest contributor to global growth, factors driving the Chinese economy now drive the global economy. However, the deteriorating economic conditions in 2018 created a panic in the market which exacerbated the difficulties of reform and deepened the economic slump. Understanding how the central government chose to deal with these slumps in the past, created insights into the mechanisms the government is using now, and the potential outcomes of trying to use similar tools in 2019. The Chinese government’s decisions to engage in direct spending, tax cuts, credit easing, or market intervention all have different economic implications. The extent these tools are necessary can only be judged after clearly defining the problem.

Much of the 2018 panic originating from the China-U.S. trade war was discussed by CEIBS Vice President and Dean Ding Yuan. China’s impact on the global economy extends far beyond trade. With China’s magnificent rise, countries in the developing world are starting to doubt the merits of a complete market economy. There was a long-held belief in the West that as countries industrialise, they would move towards a US-style system. However, China has shown this is not always the case. Now, China faces the challenge of convincing countries of the merits of state-led capitalism, and it must start by becoming a responsible stakeholder and assuming the responsibilities of a great power. If China consumes twice as much as the United States in 2030, it will require an international framework that upholds the stability which makes its consumption possible. To deliver these outcomes, the Chinese government must continue to develop its internal and external systems and relationships with timely adjustments and predictability. 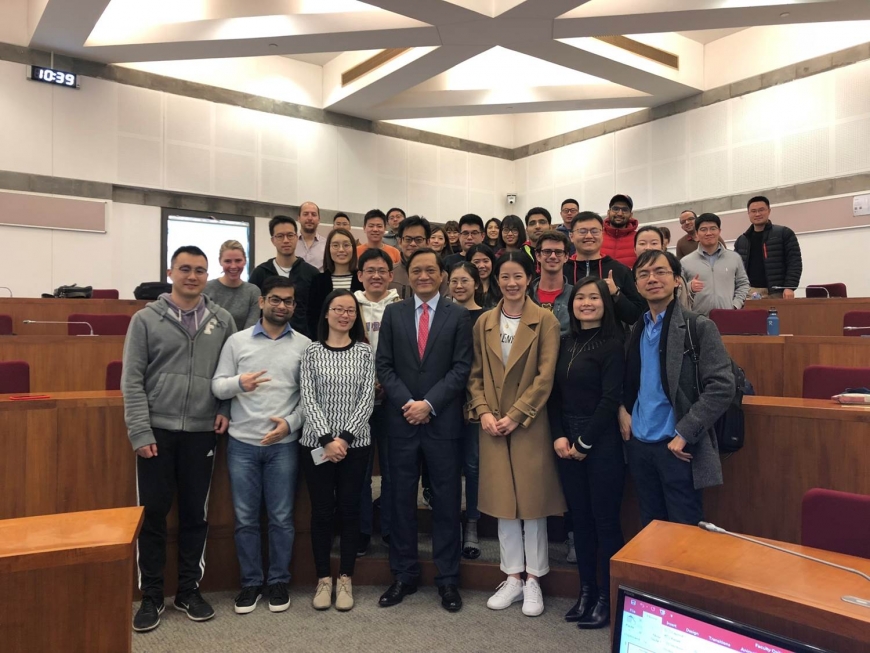 There is no time like the present and this year’s China Discovery Series exemplifies this maxim. China is managing an unprecedented rise which is, at the same time, destabilising a global framework unprepared for the rate of change that has accompanied it. The growing pains of China are starting to be felt around the world. The holistic view created by the China Discovery Series provided students with insights and ideas about how to progress alongside these new developments and provided tools for identifying the challenges and opportunities ahead. This series truly fulfils the school’s motto of China Depth, Global Breadth.