Swapping Handlebars for High-Tech in Shanghai

October 30, 2017. Shanghai -  Born in Yorkshire, grown in London and tested in Shanghai – that’s the tagline of Drew Bates’ LinkedIn profile.  The last part is likely to resonate with many who come to China from elsewhere for business, given the challenging, unfamiliar and often winding nature of the road to success here.  Drew is now the Head of Product Marketing at SAP’s Innovation Lab in Shanghai, but before flying drones and discovering the latest tech innovations in his current role, he worked on the special effects team for Ridley Scott’s blockbuster ‘Gladiator’, and was an entrepreneur in the grassroots cycling movement in Shanghai long before the shared bike services Mobike and Ofo took over our pavements.

MBA Admissions sat down with Drew to discuss the challenges and opportunities for foreign MBAs in China, deciding between a big corporate career path or entrepreneurship, and why China is the ideal playground for tech professionals seeking the next big thing.

Why an MBA, why CEIBS?

Rewind to 2007 in Soho, London. Drew was working in advertising for the 3D special effects company BEAM.TV.  During his eight years there the company went through three management buy outs.  Although he enjoyed travelling the world for business and sliding down a fireman’s pole to the pub below his office at the end of each working day, Drew sensed that a change was needed if he was to really profit from what was going on in the business world.

“The MBA came onto my radar as I felt I simply wasn’t knowledgeable enough about management principles to take advantage.  Back then there were ‘things that I didn’t know I didn’t know’ and an MBA felt like the best way to fill in the gaps.  I also wanted to change my function and although I was living in the best country in the world at that time, I wanted to explore somewhere new.  The MBA was the safest way to make that leap whilst remaining in control of the process and not cannibalizing my salary,” said Drew.

Having decided an MBA was the next logical step, Drew reflected on his numerous business trips abroad to help him narrow down suitable locations.  “In the end I only applied for CEIBS.  For me I wanted a specialist business school that was campus-based and had its own brand and heritage.  I also didn’t want to feel like an older guy hanging out with university freshers, so the fact that the MBA is the most junior programme at CEIBS, I knew I was in the right environment to learn from my more experienced peers,” said Drew. 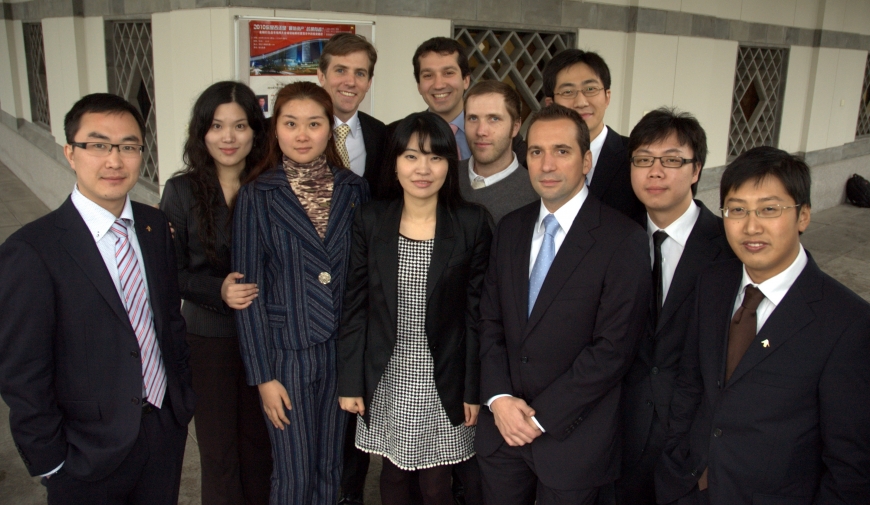 Behind the handlebars of my MBA journey

Affectionately referred to by his MBA cohort as ‘the bike guy’ Drew opted to live off campus and cycled an hour each morning from his apartment in leafy Xujiahui, crossing the Huangpu river by ferry, through the financial district of Lujiazui and finally to campus.  “Providing I didn’t miss the last ferry back, I found the journey a great way to decompress after lectures,” he said.

Drew’s most vivid memories of campus life were in the classrooms of Financial Accounting Professor Dr. Shimin Chen and Management Professor Dr. Jean Lee. “We were forensically analyzing the books of an enormous Chinese company called Bao Steel in Prof. Chen’s class. Outside of China Bao Steel may not be a household name, but it ranks as the world’s second largest steel producer.  At the time it felt impossibly difficult, but now I feel I have a ‘Matrix-style sixth sense’ for what is going on when I open up a company’s books,” he recalls.  “I also remember learning about high and low context communication styles from Prof. Lee.  When to be long winded, when to be short winded, and when someone telling you ‘I think we should find another way’ actually means ‘no that’s a terrible idea’,” Drew said.

Instead of heading out on exchange during the second year of the 18-month programme, Drew opted to stay in Shanghai and direct his additional energies to incubating some business ideas with some cycling friends.  What began as a hobby quickly snowballed into Factory Five and Drew found himself graduating from business school with two shops that sold bespoke bike frames in Shanghai. 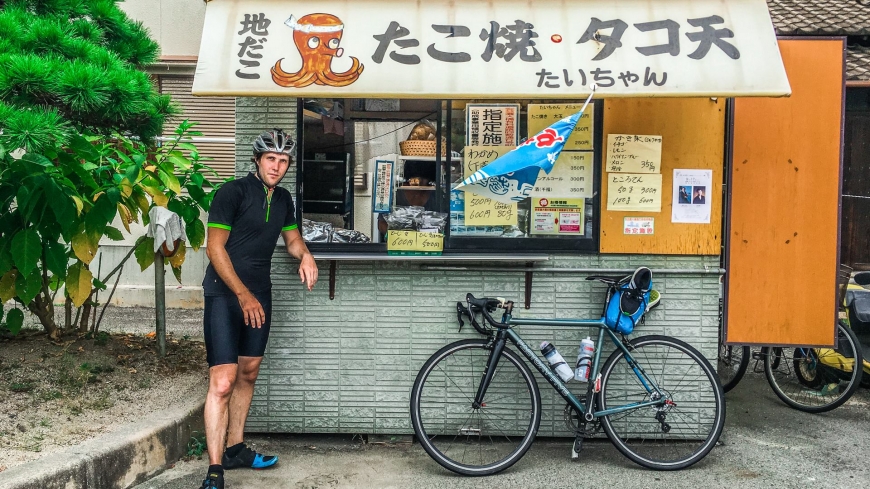 Entrepreneurship vs. big corporate in China

According to GMAT research on the motivations of MBA applicants, there is now a fairly even division between candidates enrolling to switch careers, enhance careers and to start their own companies.  Drew’s dilemma of whether to continue down the entrepreneurship path or return to corporate life is a familiar quandary for many MBA graduates.

“I think deep down you know which direction feels right,” Drew said.  “There are few people who are completely on the fence as the two paths are so different.  We spent quite a lot of time at the beginning of the MBA on self-analysis, so I was confident to explore the entrepreneurship path without fighting too hard against my natural disposition.  What really helped for me was to set myself some early rigid indicators for what I wanted to achieve from Factory Five.  After four years, I hit those goals and it felt like the right time to apply what I had learnt about entrepreneurship back into the tech industry,” said Drew.

Given his experience of entering the job market in China as a foreigner, Drew is often asked about the importance of Mandarin fluency.  “My Mandarin is probably better than I think it is, but not as good as I would like it to be.  I would never be able to fill a role that is designed for someone who speaks Mandarin at a mother tongue level, but you have to put that to one side and accept that you are closing the door on certain opportunities,” he said.  “Whether your Mandarin is good or bad, the language is as much a proxy for how integrated in society you are prepared to be, and the foreign MBA alums that have done well in China since graduating tend to be the ones who have embraced this.” 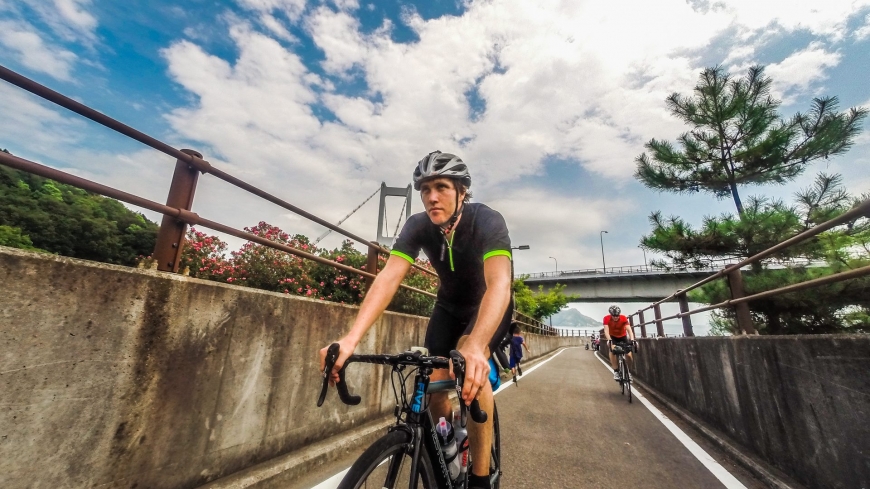 Drew joined global German tech giant SAP in 2015 as part of their Small and Medium Business Division (SMB).  The remit of his team in the Innovation Lab is to embrace new technological innovations and see how they fit with customers. “We buy toys, take them apart, and see how they can be incorporated into our customer’s products or services,” he said.  “Innovation is happening globally across SAP, so I am often in meetings with a blockchain expert in Singapore, or a chatbot expert in India for example.  We need to keep our finger on the pulse of tech innovation coming out of China, so to do that we have a presence across the main technology fairs and host our own hackathons.  Keeping up is certainly the biggest challenge we face, mainly due to China’s unique ability to leapfrog phases of technology.  In the UK for example, we are generally quite resistant to embracing innovation, and may try something second hand or a budget version before establishing trust.  In China though, there is a tendency in both B2B and B2C to skip straight to adopting the most cutting edge technology, which is what makes it such a fascinating time to be working here.” said Drew.

Inspired by Drew’s story?  Here are a few ways to help you to further explore the CEIBS MBA: