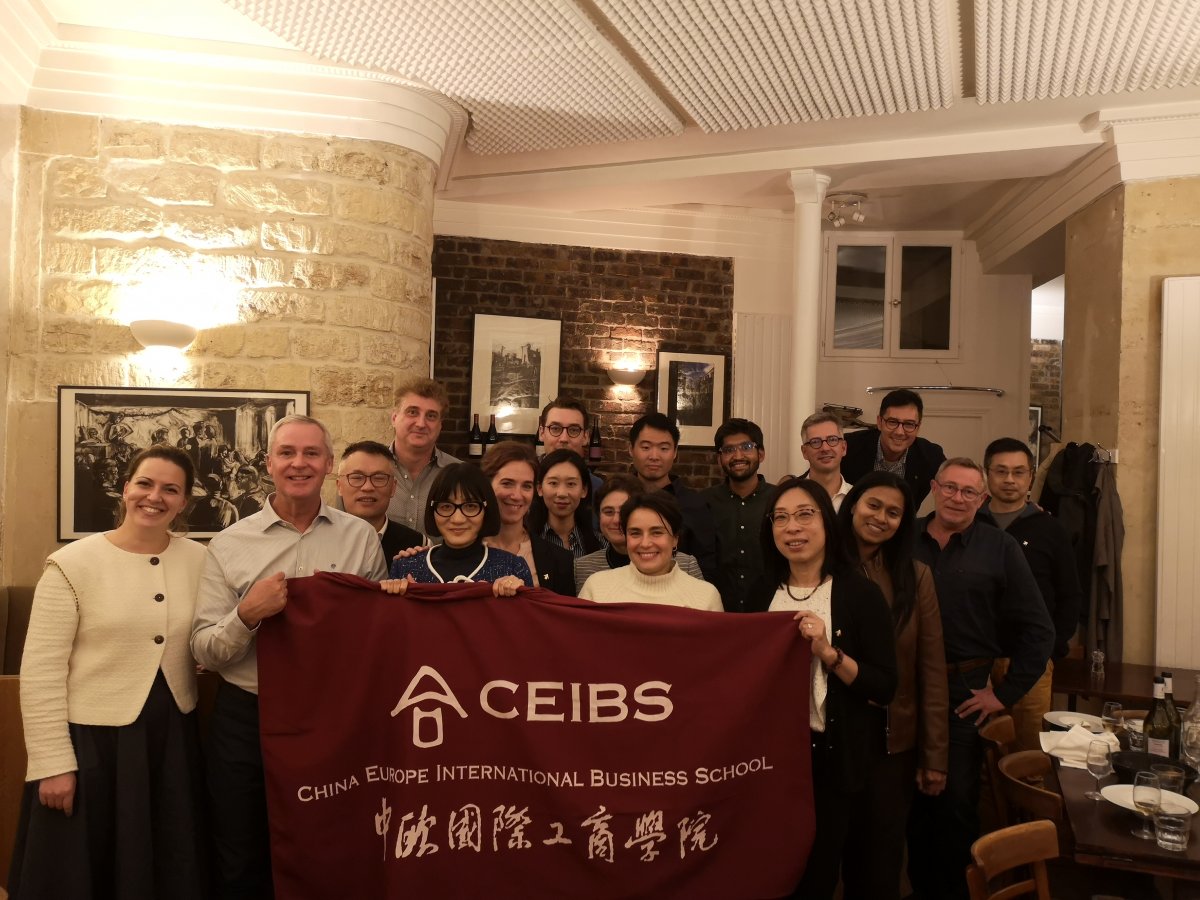 The workshop was led by CEIBS Zurich CEO Dr. Robert Straw and Lisa Bevill, Director of the Center for Health, Well-Being & Happiness at IE. This is the sixth time that the pair have hosted the educational workshop, having visited other alumni chapters across Europe throughout 2022.

Whilst the participants were mainly made up of French chapter alumni, three guests also travelled from Switzerland and the Netherlands to join the workshop after hearing about it from their peers.

Day one of the workshop involved introductions, self-reflections and participants acknowledging both the challenges they face at work and how building high-performance teams would help them overcome these challenges and reach their aims.

The group of senior executives quickly began to share their personal and professional goals with one another, encouraged by Robert and Lisa to document their thoughts. The group also played a game which helped spark more ideas and conversations on leadership styles and how vital good communication is when working in a team.

“It’s always a pleasure to see our alumni and this workshop is so animated and thoughtful. We create a safe space where people can discuss honestly and openly their professional challenges and concerns and share advice and learn from one another as well as from Lisa and I,” said Dr. Straw.

At the end of the first day, the group was joined by more members of the French alumni chapter for dinner at Mamou in Paris. The bistro-style restaurant served French food in a casual atmosphere and gave the group a chance to get to know each other better and discuss their learnings from the day’s workshop.

Day two of the workshop involved more team-building exercises and a ‘walk and talk,’ which saw participants head out along the streets of Paris to discuss and advise one another on their missions and ambitions in their careers.

The second day wrapped up with many reflecting on what they would like to change going forward and how they will adjust their work/life balance, with many alumni making plans to meet again soon.

Alumni were delighted to have attended the workshop, calling it ‘insightful’ and ‘energising,’ with some saying it was the perfect event to keep them on track for the remainder of the year.

This was the final stop for the Building and Leading High-Performance Teams and Cultures workshop series after having visited Germany, Spain, Italy, the UK and Switzerland earlier in the year. More alumni workshops will be hosted in 2023, so keep an eye on your inbox and on the CEIBS website for more event announcements and information.