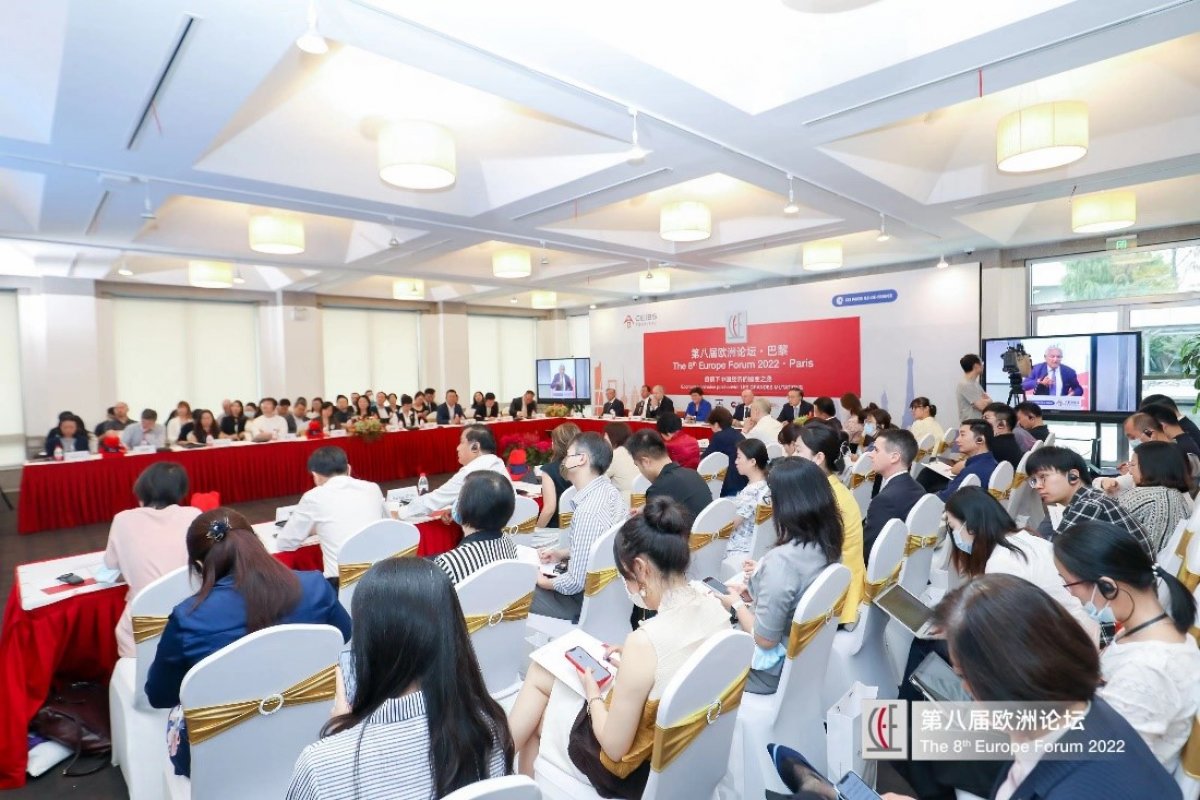 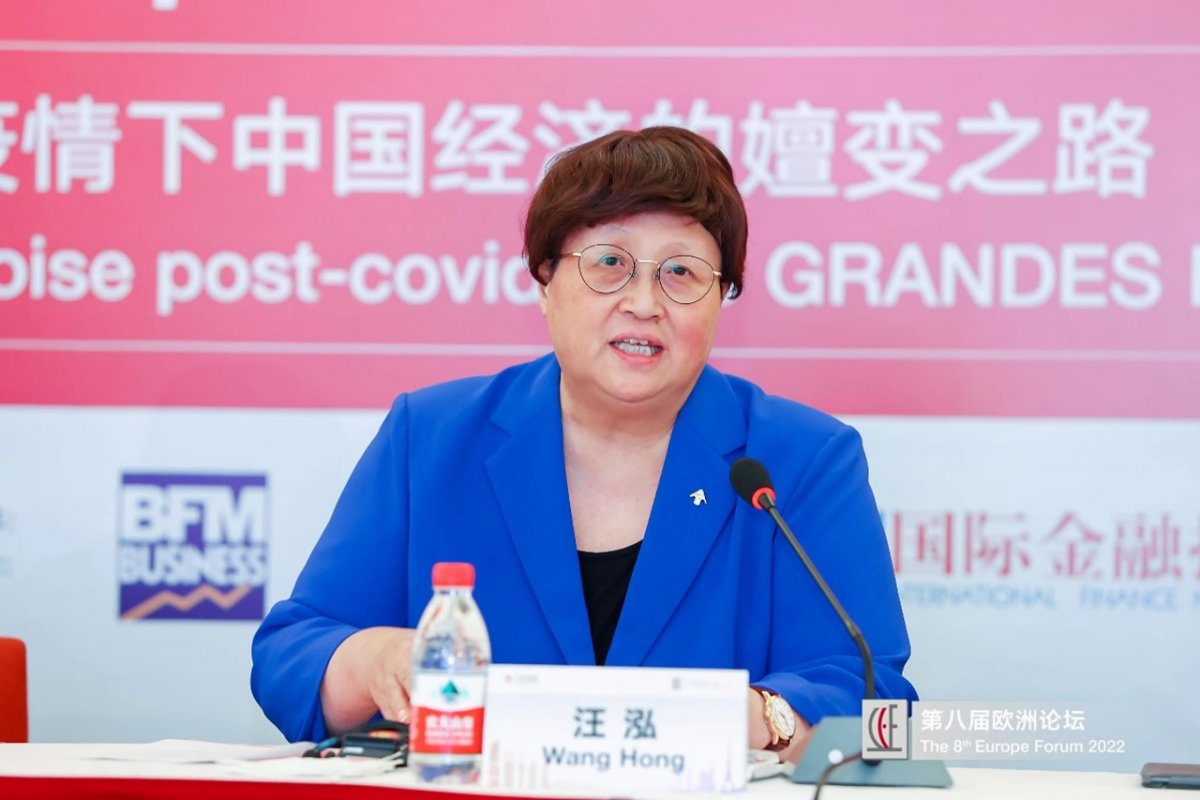 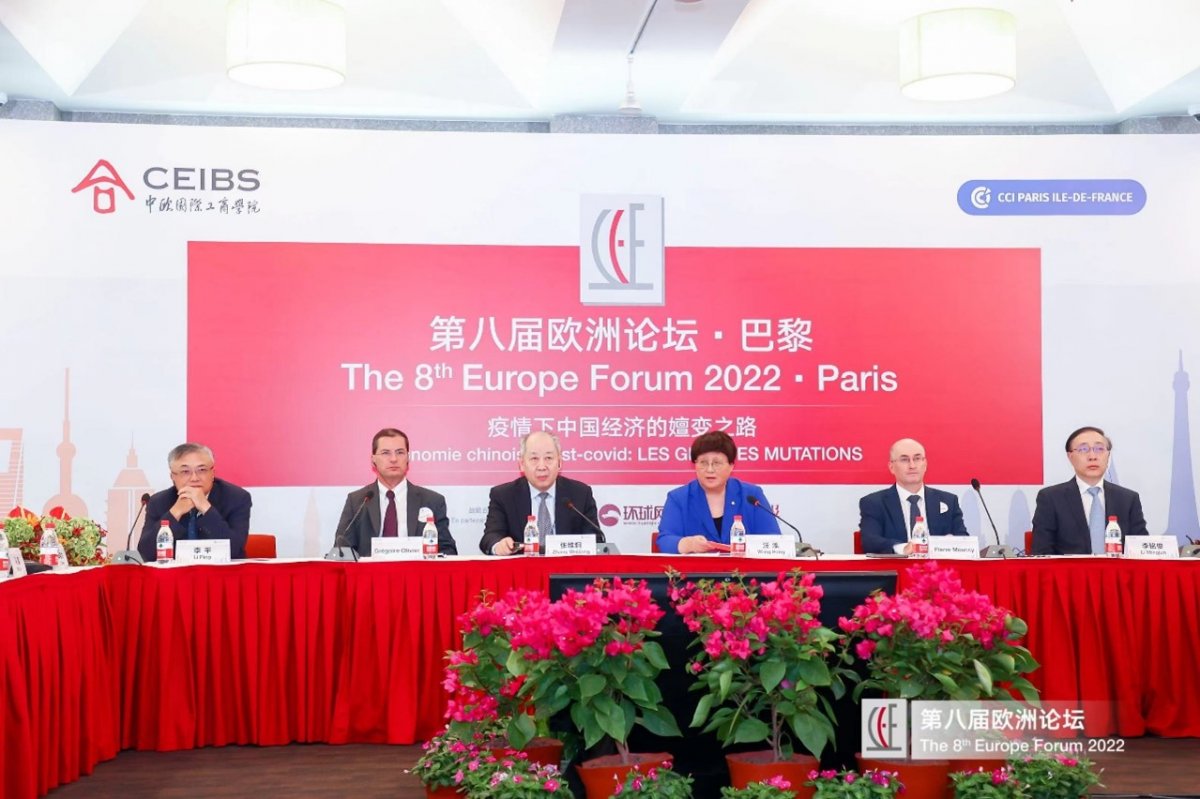 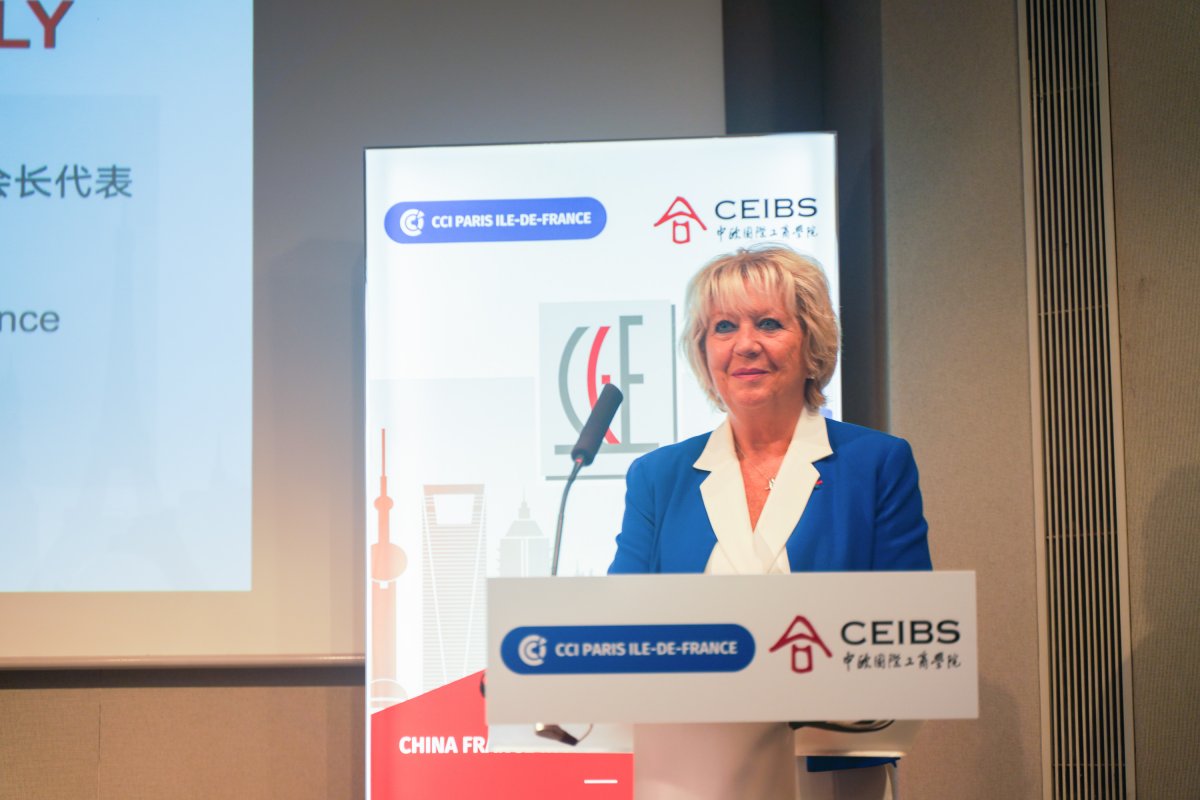 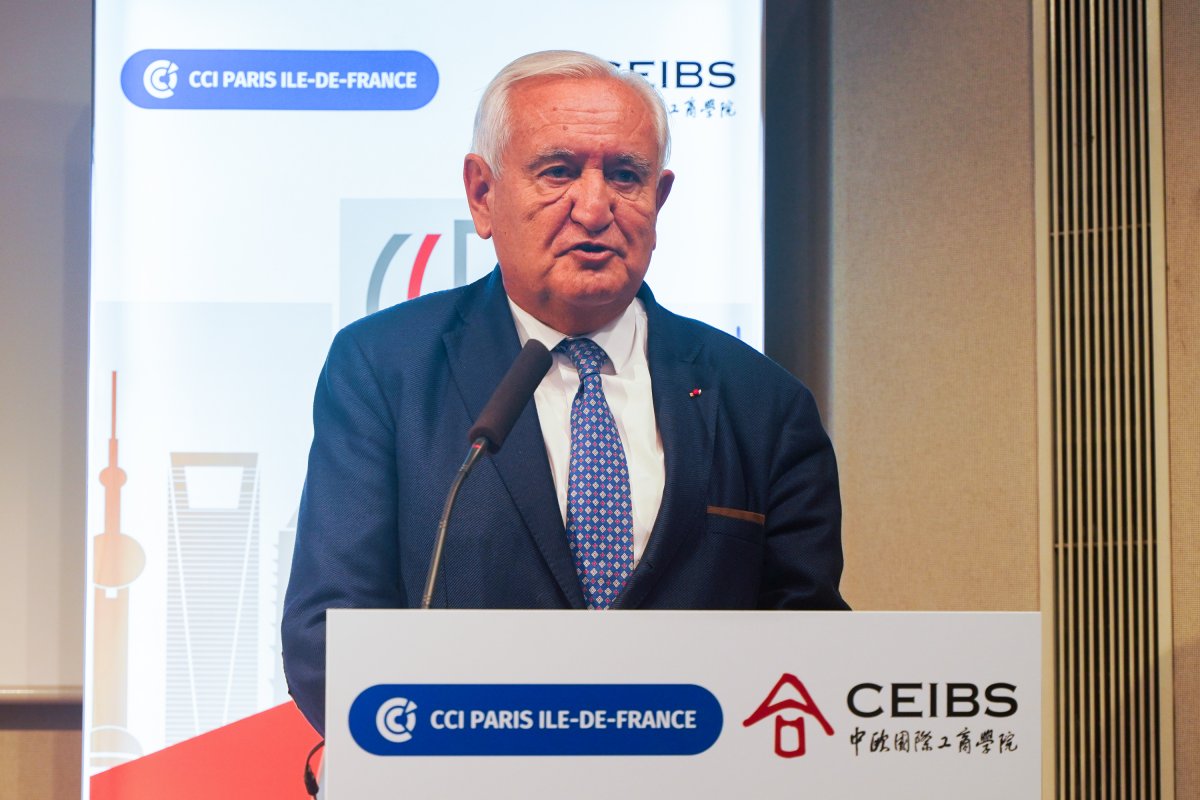 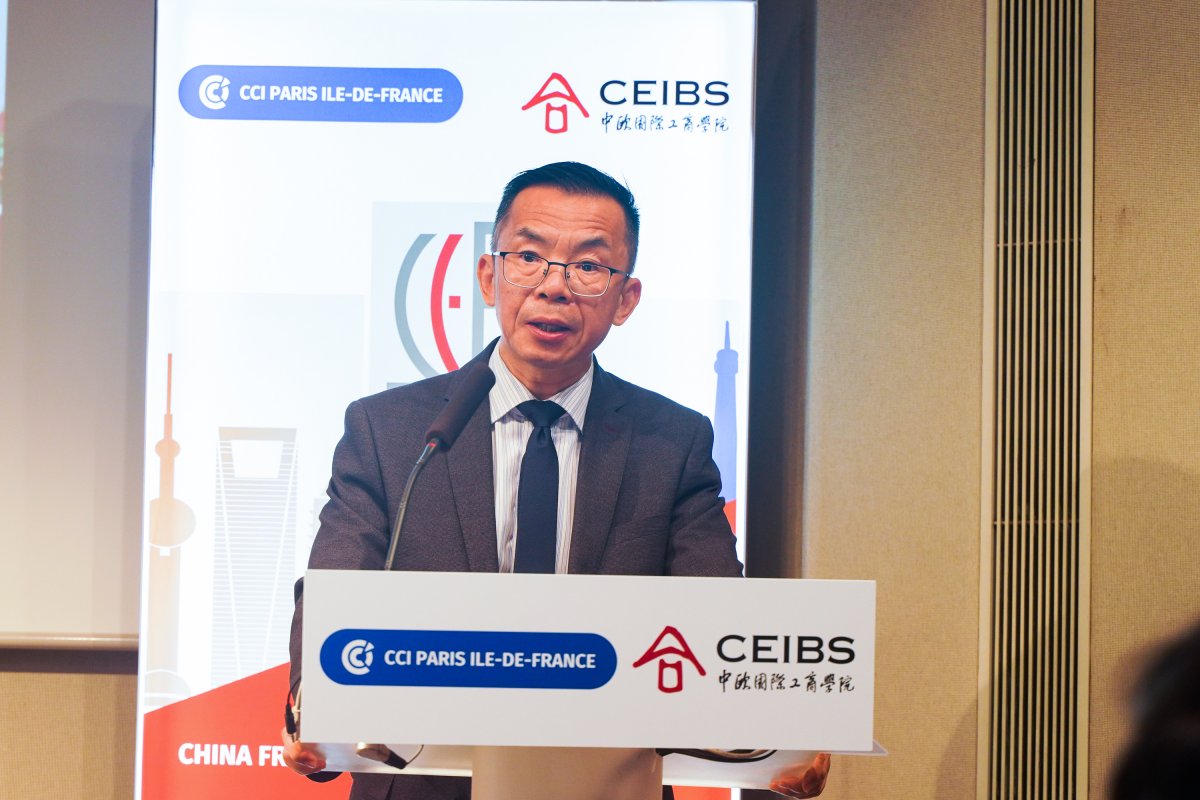 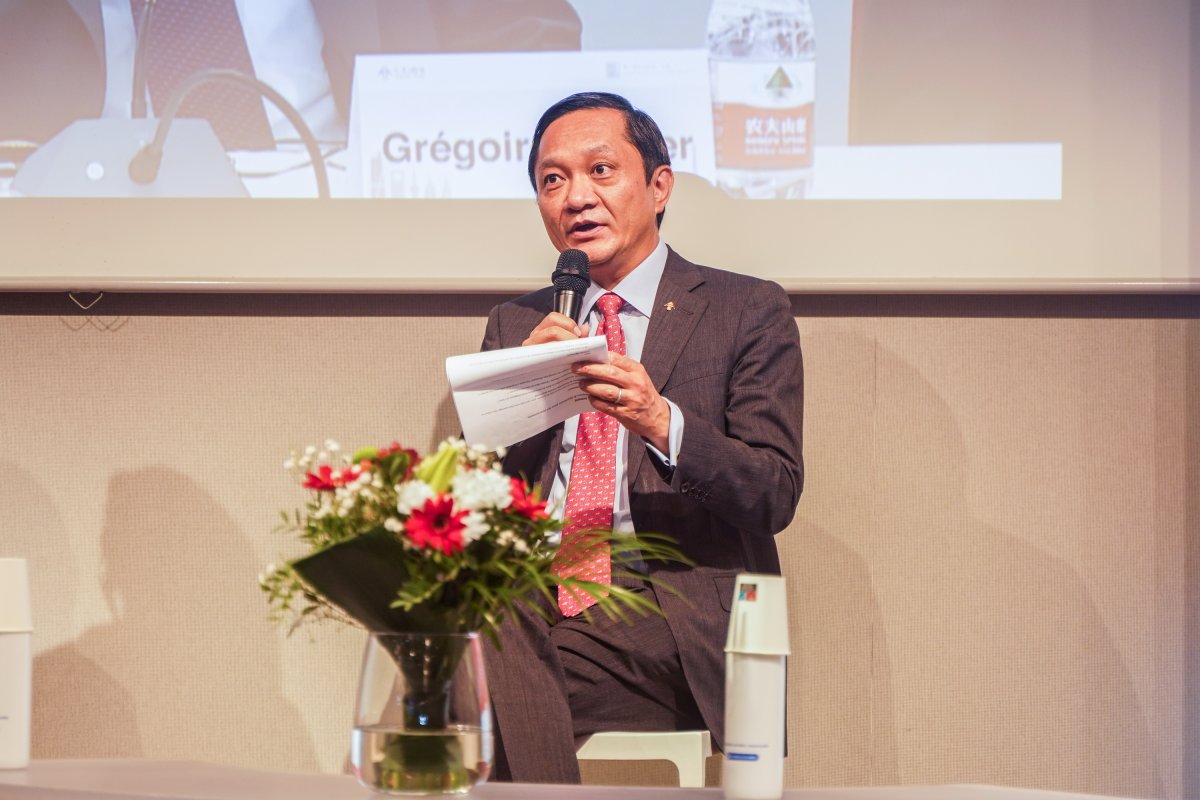 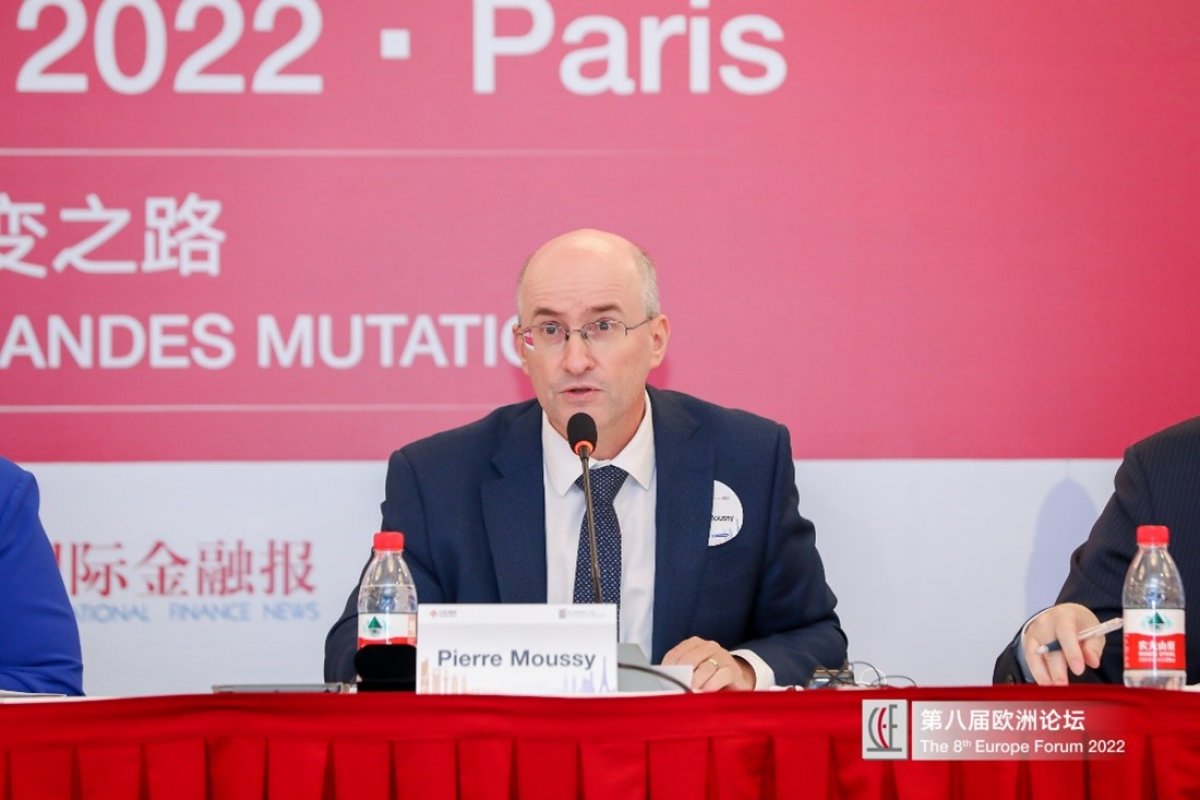 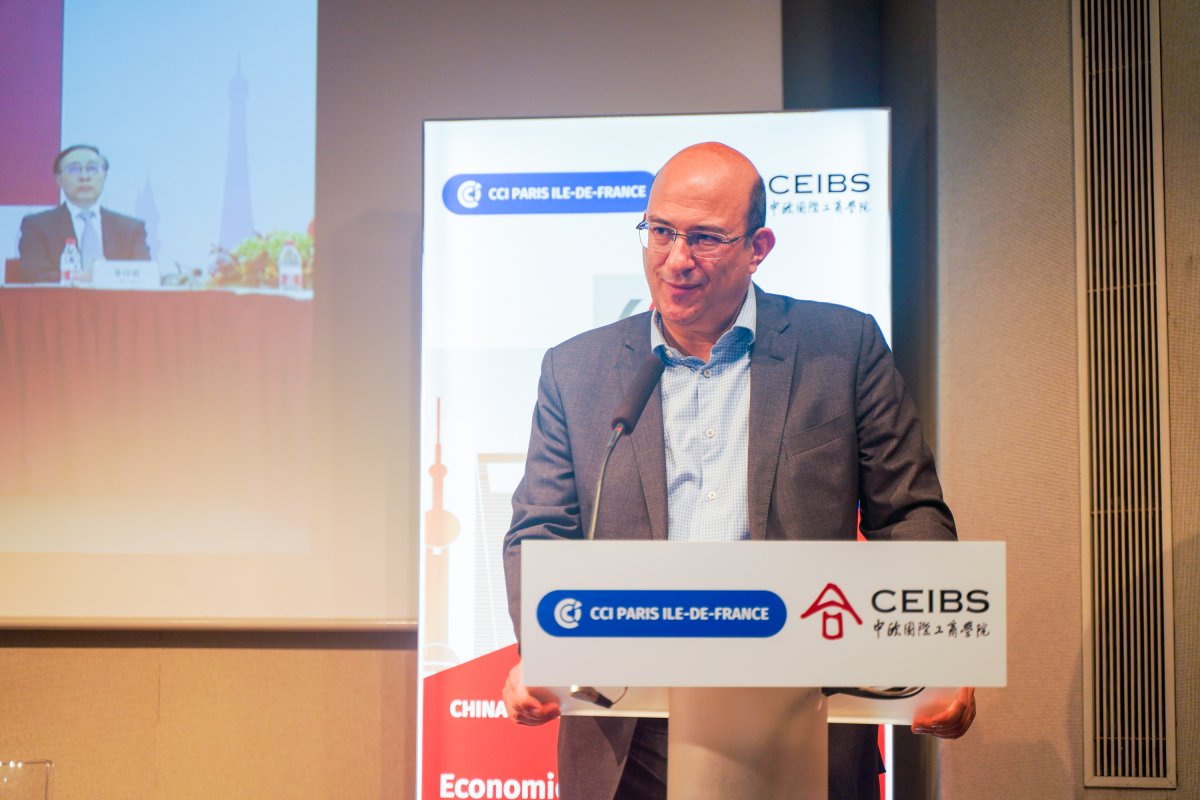 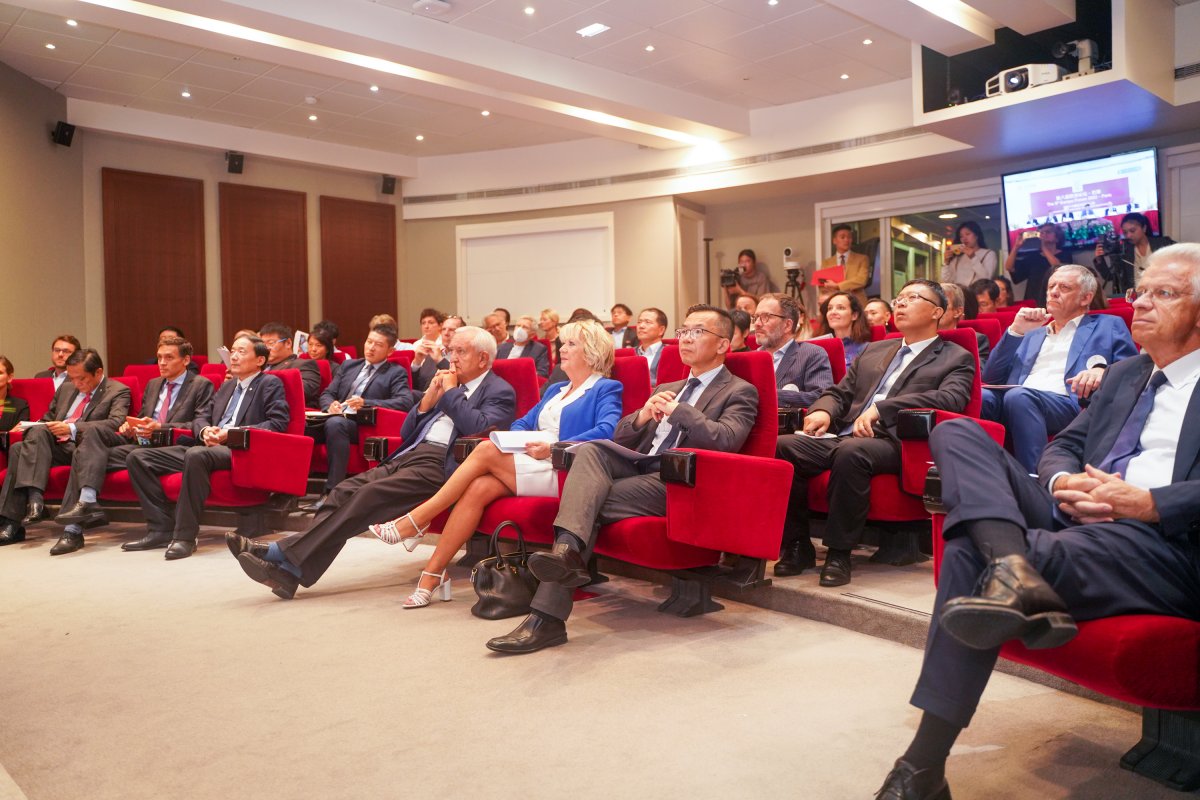 September 8, 2022. Shanghai – Faced with a complex global landscape and growing instability, frontier technology and green transformation have become both economic growth points and battlefronts around the world. At the same time, a healthy global economic recovery which answers the challenges of climate change will require international dialogue and cooperation. As such, it is necessary to strengthen Sino-French economic cooperation in the new geopolitical and post-pandemic era.

In this context, the CEIBS Insights Paris Forum was held today at dual venues in Paris and Shanghai to explore major changes in the Chinese economy in the post-COVID era. Co-organised by CEIBS and CCI Paris Île-de-France, the hybrid event brought together decision makers, entrepreneurs, and scholars from China and France to discuss bilateral cooperation in the areas of advanced technologies, sustainable development and energy transformation.

In a welcome speech, CEIBS President Wang Hong stated that China and France share many common interests and that there exists vast potential for economic cooperation, especially in the green sector. She further emphasized that amidst a sluggish global economic recovery and climate challenges, that both sides should work together to innovate and promote further collaboration.

She also noted that CEIBS is an important platform for economic and cultural exchange between China and Europe. With this in mind, she said, this year’s forum is aimed at enhancing dialogue and cooperation between China, France and Europe as a whole.

Also addressing the event, Vice President of International Affairs at CCI Paris Île-de-France Marie-Christine Oghly pointed out that, faced with recent geopolitical shifts and climate crisis, dialogue between countries has become more important than ever before.

“China has undergone dramatic changes within the span of a few decades, and the Chinese market is now much more mature and demanding than a few years ago with the emergence of a host of local competitive companies, which is why any company that wants to enter the Chinese market must prepare itself carefully,” she said.

“While global geopolitics and the pandemic continue to disrupt the world, we should strive to go beyond conflict and seek common ground,” he continued.

“Dialogue and economic cooperation are vital in today’s polarized world to have a balanced global governance,” he said, adding that, “The more we cooperate, the more likely conflict will diminish.”

Prof. Raffarin also stressed the importance of people-to-people exchanges through gatherings such as the annual China International Import Expo (CIIE) in Shanghai.

“Chinese and French people have developed a long-standing friendship over the years, and I hope that we can defend our friendship and reach the end of the tunnel together,” he said.

“First, a new stage of development: the Chinese economy has shifted from rapid growth to quality-oriented development,” he explained.

In the post-COVID era in a globalized world, he continued, major economies should work together to overcome difficulties.

“We should embrace economic integration, not isolation; advocate openness and not be closed off; pursue mutual benefit instead of exclusiveness; and seek stability and be against volatility,” Mr. Lu stated.

“French entrepreneurs are important witnesses, actors and beneficiaries of Sino-French cooperation. In the post-COVID era, you need to project yourselves in the long term and take deeper root in the Chinese market with a view to greater development,” he said.

“At the same time, we also count on you to echo of the positive aspects of our cooperation, in order to create a good atmosphere for China-France cooperation,” he concluded.

The panelists shared views on China’s electric vehicle market and how foreign enterprises can develop and thrive in the Chinese market. They also discussed collaboration between French and Chinese companies on carbon neutrality, and agreed that both countries should step up cooperation in high-tech and green technologies and find sustainable solutions to meet current challenges and opportunities.

In his closing remarks, Consulate General of France in Shanghai Pierre Moussy stressed three issues at the heart of Sino-French bilateral relations: France’s contribution to the Chinese economy, the Chinese macroeconomic landscape and green transformation.

“It is important to remember in these times of rising uncertainty that French companies are trusted partners in the Chinese economy, and they intend to remain so,” he said, adding that, “The competitive advantages of French companies are well suited to serve China’s needs, especially in areas of the environment and new energy, which can open up new opportunities for cooperation for both countries.”

Moreover, while the external demand driving economic growth has faded due to a changing international landscape, restoring normal flows with the rest of the world is important to the healthy development of foreign companies, he said.

“There are many examples of cooperation between China and France, such as offshore wind, batteries, energy, and green finance,” he explained. “We should support and further cooperate to ensure fair market access and a balanced technological partnership.”

Deputy Managing Director of International Affairs at CCI Paris Ile-de-France Pierre Mongrué served as the host of the forum.

Since its launch in 2012, the annual CEIBS Insights Europe Forum Series has hosted 30 overseas forums in 10 countries and regions around the world, featuring more than 200 keynote speakers and attracting more than 8,000 participants from government, industry and academia. With a focus on the most pressing issues of the day, the forums serve to maintain open dialogue between China and the world and to promote cooperation in tackling challenges affecting us all.