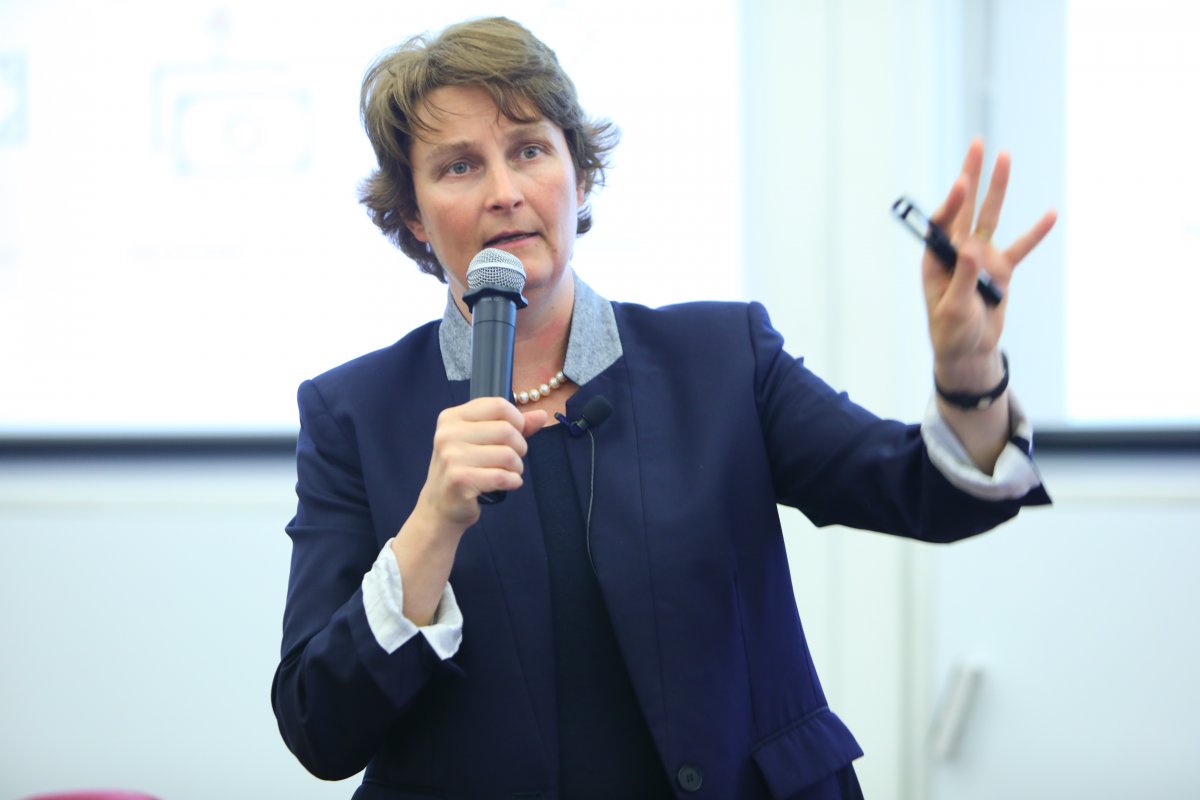 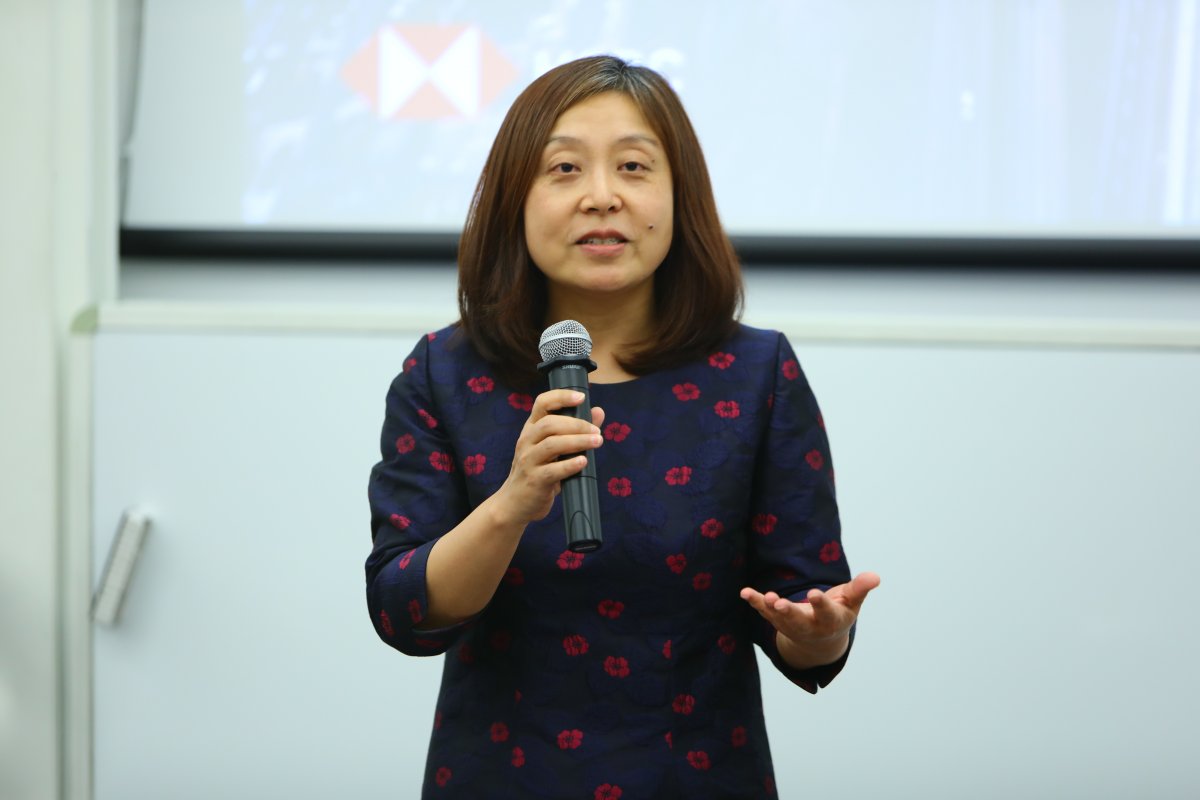 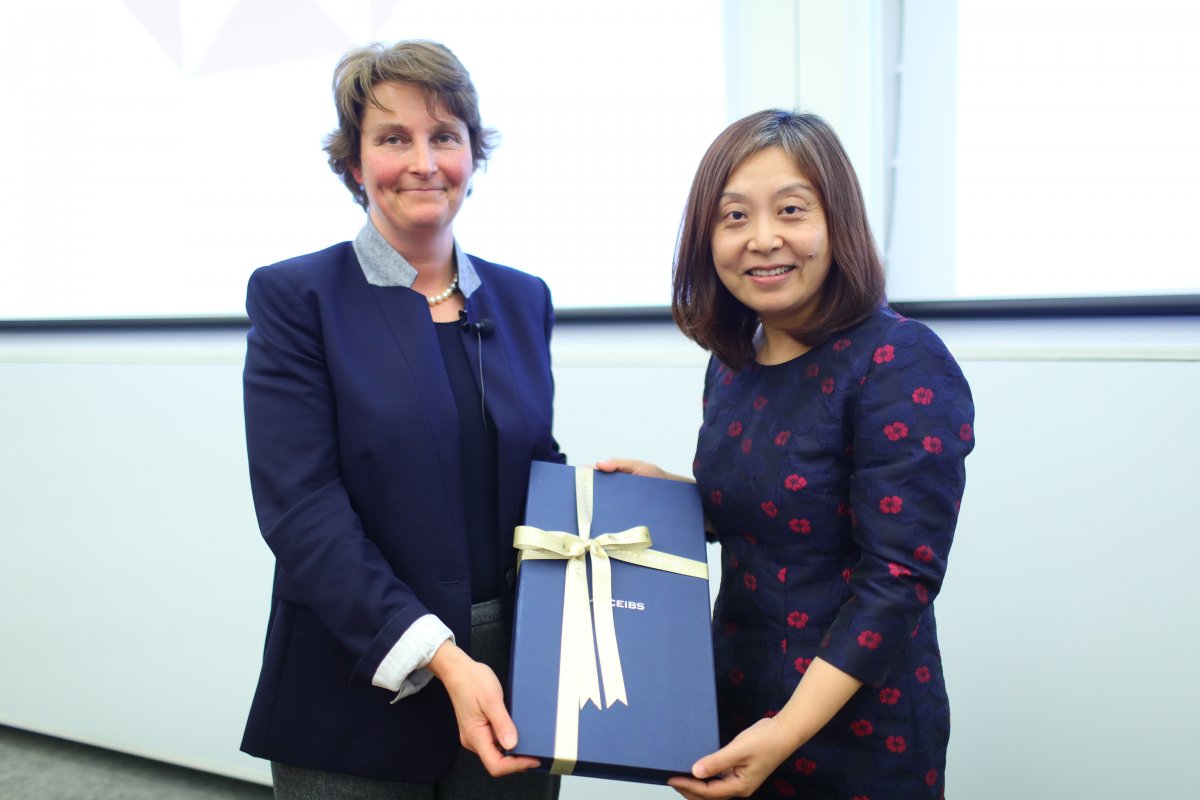 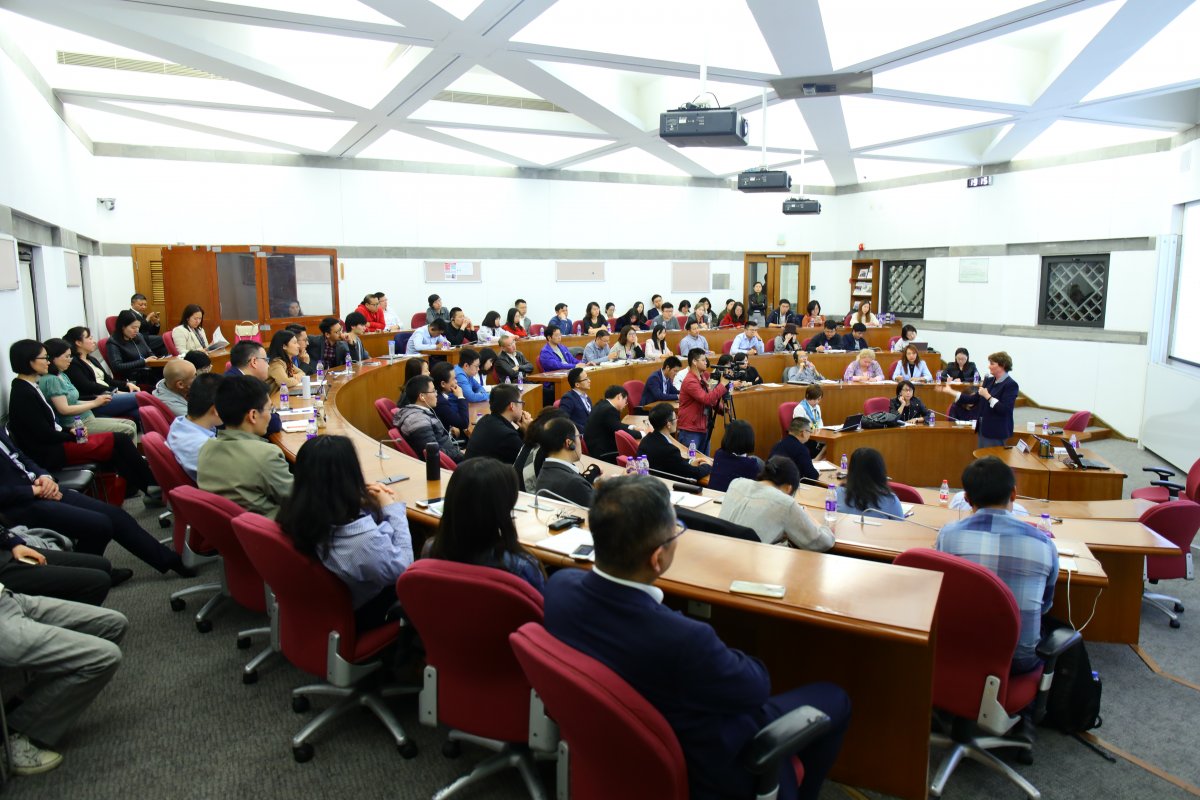 April 26, 2018. Shanghai – Global forces are fundamentally revolutionising what, where and how we trade. From the growth of trade in services right up to the internet giving micro multinationals full market access at the click of a button, the world of trade and trade finance now stands on the threshold of a new age. It is against this background that Natalie Blyth, HSBC’s Group General Manager and Global Head of Trade and Receivables Finance, gave a lecture on “Disruption in the World of Trade and Trade Finance – How Global Trade Evolves around China”. She was the guest speaker at the latest CEIBS Executive Forum held at the school’s Shanghai Campus today.

The word ‘trade’ simply refers to the buying and selling of goods and services. However, as Blyth suggests, it has a tremendous impact on not only global economic growth, but also quality of life as well as the peace and prosperity of the entire society. Trade finance, she explained, with numerous banks as trusted intermediaries, helps businesses trade with confidence and optimise working capital by absorbing risks, bridging cash flow gaps, along with facilitating trade flows and settlements.

Since 2015, there has been a sustained decline of trade values while trade volumes are still growing. This growth, according to Blyth, is driven largely by commodity prices but is also partly the result of China’s deceleration in trade. Compared with the 2008 financial crisis, China’s slowdown obviously has a deeper and longer impact on trade, as the former only had a short-term negative impact on the upward trend in trade values. This, Blyth believes, is a strong indicator of China’s increasing importance in the global trading market. Moreover, statistics suggest that – with the implementation of global strategies such as the Belt and Road Initiative – the growth of GDP and trade in China is expected to continue. At the same time, economic development will also bring about technological upgrading in Chinese businesses, along with further changes in consumption patterns and power distribution in the social hierarchy.

Blyth also noted that the revolution and evolution are not limited to China. Trade around the world is now facing exponential disruptions as what, where and how trade is conducted is being revolutionised. Using containers as an example, Blyth showed how technology can help raise efficiency and slash costs when doing business; and how ordinary boxes had become the biggest innovation in the last 100 years. With the rapid development of technology, trade finance now stands on the cusp of a curve jump. New steps must be taken. In the case of documentary trade, businesses will need to eliminate inefficiency at every stage of the process and standardise their procedures, so that they can have the automation and digitalisation that will boost their competitiveness and take trade to a higher level.