In the first session, school leaders and participants discussed business education in China. CAB members shared their advice and feedback with school leaders, in an effort to ensure that CEIBS’ teaching and research activities are closely aligned with real business practices. Professor Ding Yuan moderated this discussion.

In addition to receiving updates on the school and providing strategic advice for its development, CEIBS Corporate Advisory Board meetings are also an opportunity for executives to benefit from new research by CEIBS faculty. Today’s meeting was no exception, Professor of Economics and Finance Xu Bin, who is Wu Jinglian Chair in Economics as well as Associate Dean (Research), gave a presentation on “The Chinese Economy: What’s New and How It Will Affect Us”. The presentation began with an explanation of the “New Era” defined by Chinese President Xi Jinping during the 19th National Congress of the Communist Party of China (October 18-25, 2017). He then discussed the evolution of the Chinese government’s economic policy between 2013 and 2017, and predicted the direction of China’s economic policy in the next five years (2018 to 2022). The presentation concluded with a brief discussion of what this “New Era” means for companies doing business in China. 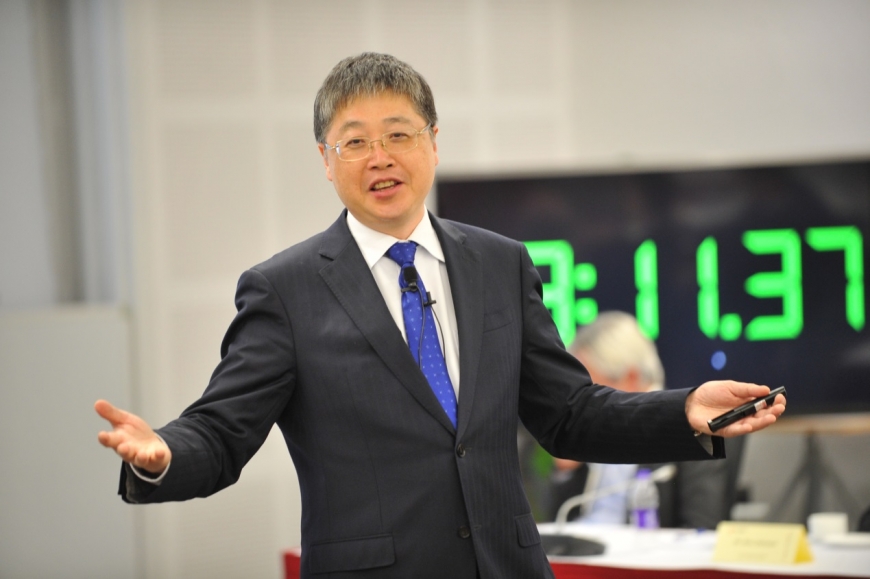 Professor of Economics and Finance Xu Bin, who is also Wu Jinglian Chair in Economics as well as Associate Dean (Research).

CEIBS’ Corporate Advisory Board is a high-visibility platform that provides senior executives from the school's corporate sponsorship partners with an opportunity to share their views on business education in China. As an interface between the school and the business community, the CAB gives on-going advice and feedback to CEIBS on issues such as the school's branding, strategy and fund raising, and ensures that the school's teaching and research activities are closely linked to business practice.