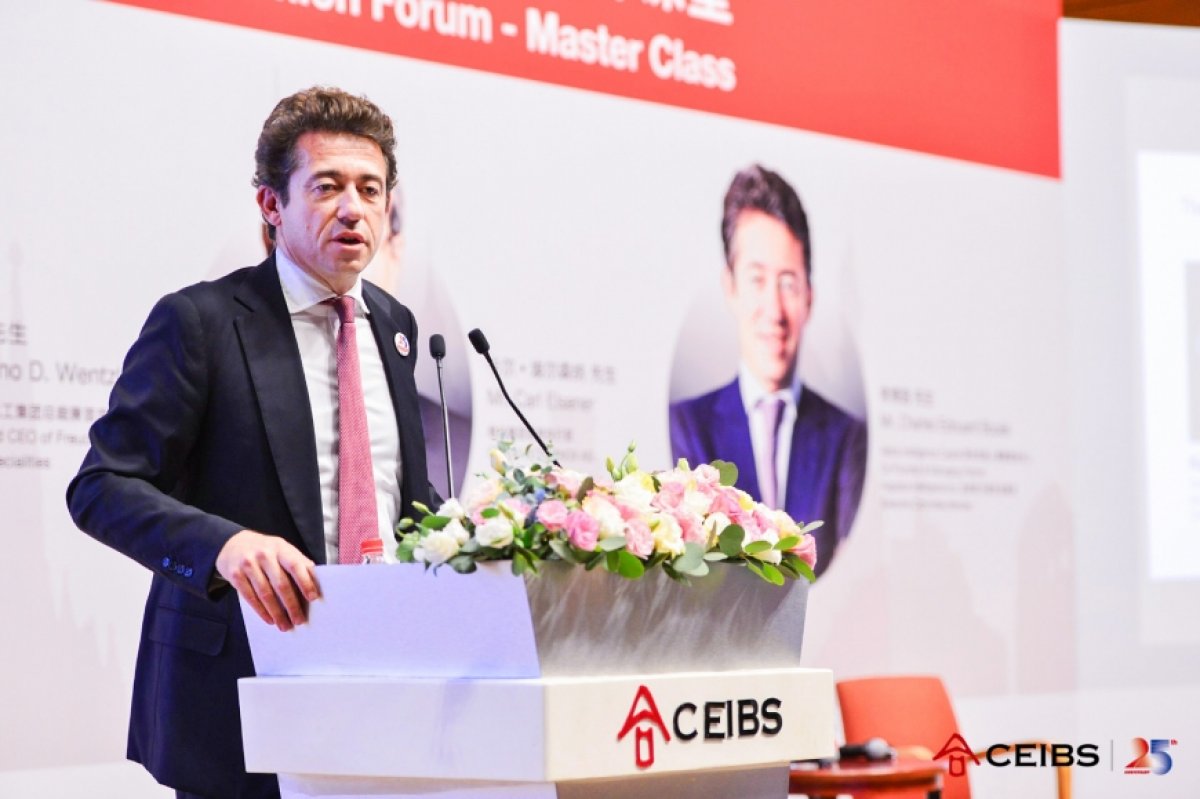 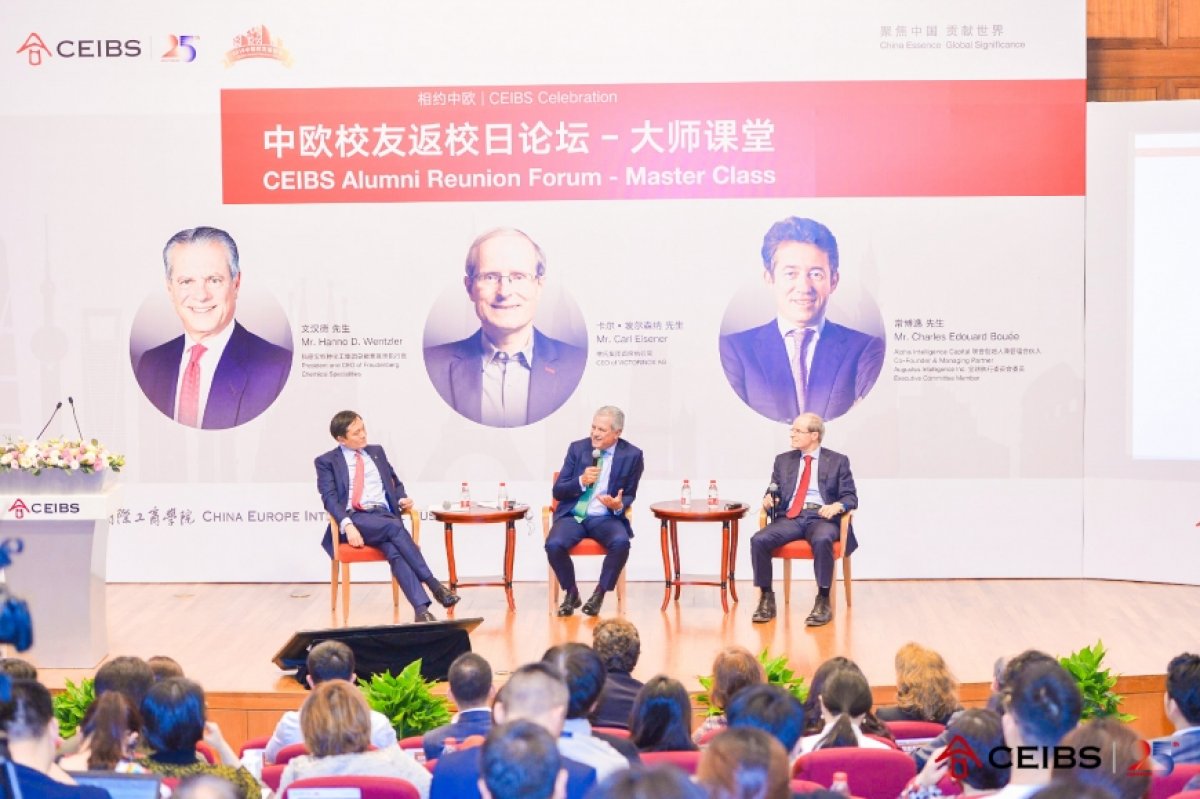 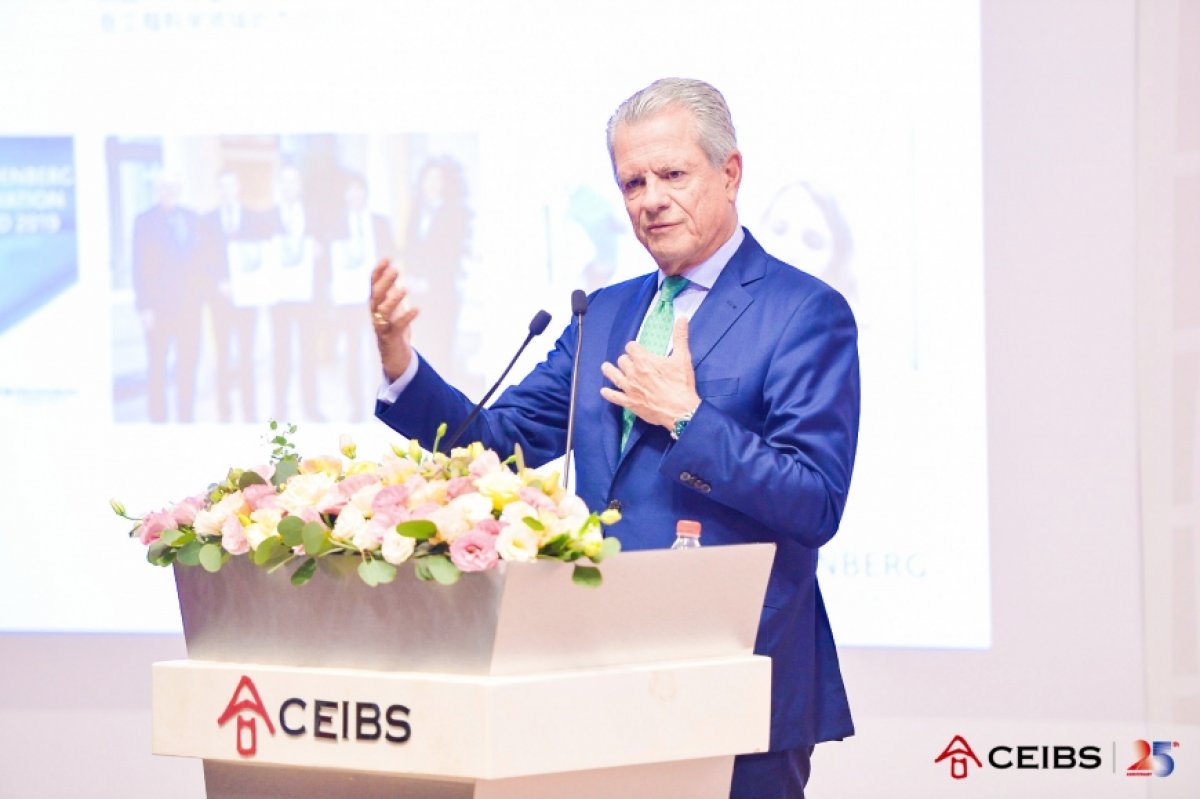 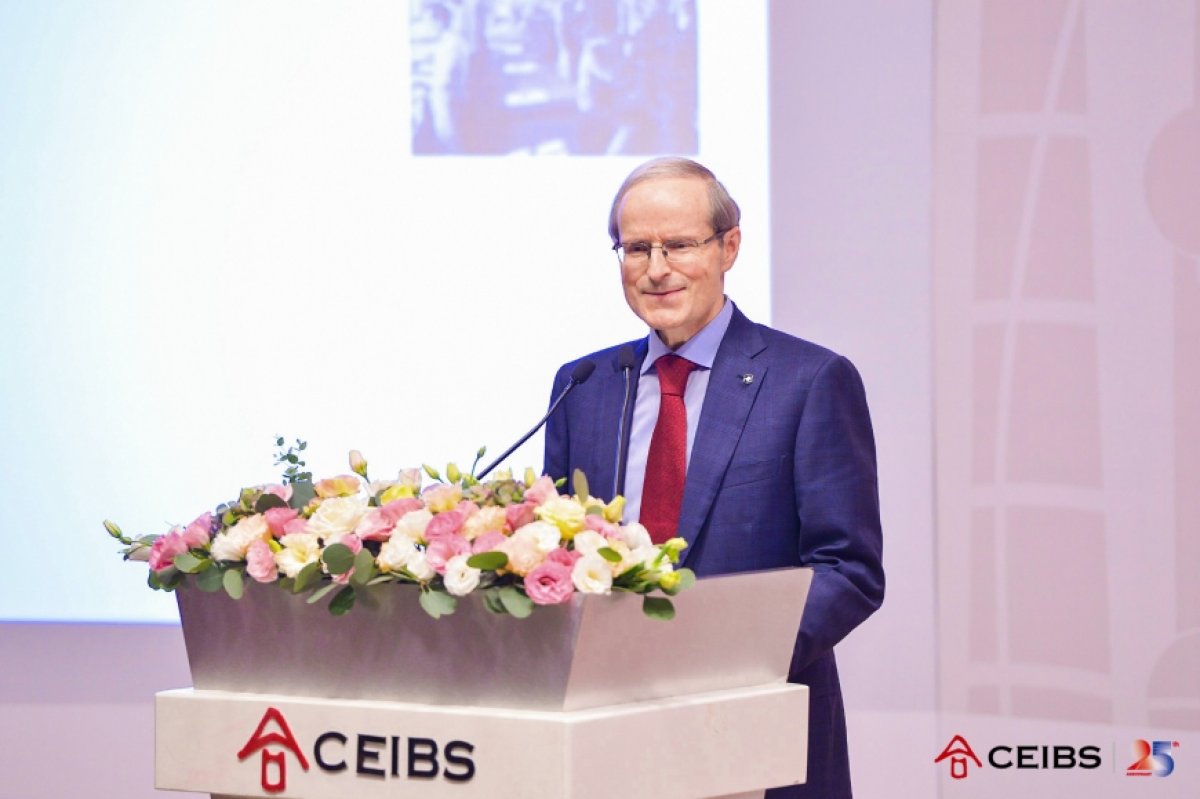 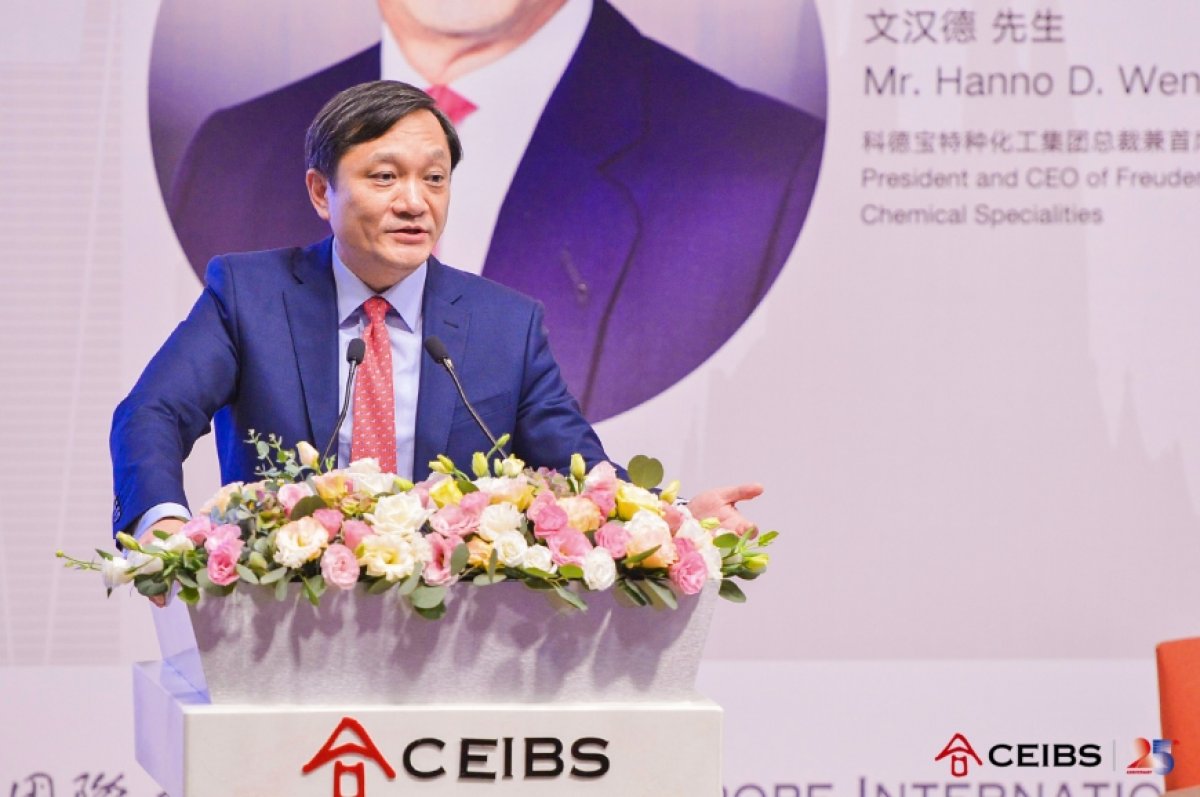 November 16, 2019. Shanghai – Integrity, family values, cultural identity and corporate governance were some of the diverse themes discussed at the 2019 CEIBS Alumni Reunion Forum Master Class today, as some 300 alumni and guests gathered at CEIBS’ Shanghai campus to hear incisive presentations from three internationally renowned entrepreneurs who engaged in lively discussions with the audience.

In his welcome speech, CEIBS Vice President and Dean Yuan Ding gave warm greetings to alumni and expressed his happiness to see faces old and new assemble at the school. Speaking less than 24 hours after CEIBS' 25th Anniversary Celebration Gala, he outlined the school’s many achievements and said CEIBS stood on the cusp of a bright new era.

“We should continue to lay a solid foundation, enhance our core competitiveness, strengthen teaching and research capabilities, create and disseminate management knowledge, train and cultivate more China experts, and actively build a platform for economic and cultural exchange between China and the world,” Prof. Ding said.

Mr. Carl Elsener, CEO of Victorinox, a fourth generation member of the family business, then delivered a keynote speech in which he discussed his company’s most iconic product – the Swiss Army Knife – and how the company deals with its family-owned status.

With more than 130 years of history, Victorinox’s long success is based on four cornerstones, Mr. Elsener said – employees, customers, products and brands. He also emphasised that “People are the backbone of every successful company” and that trust always played a key role.

As part of Victorinox’ efforts to build trust with its staff, the company had enacted policies which were not always common in family-owned businesses, Mr. Elsener said.

“Some 40 years ago, it was decided that the family should not look at the resources of the company, the buildings, the machines, as their own property, but as something that is entrusted to them for responsible management, to be passed from generation to generation,” he said.

On Victorinox’s most famous product, the Swiss Army knife, Mr. Elsener proudly quoted from a book written by Chris Hadfield when the Canadian astronaut arrived at the Mir space station on space shuttle Atlantis in November 1995, and was unable to open the hatch to get into the station.

“We did the true space-age thing: we broke into Mir using a Swiss Army Knife. Never leave the planet without one.”

He discussed the organisation and management mechanism of the 170-year-old family business and emphasised the importance of diversification for family businesses.

“The company’s internal growth is very important, and through mergers and acquisitions, Freudenberg has entered more business areas,” he said, adding, “This diversified business model has greatly enhanced the company’s resilience, allowing us to better respond to the external environment.”

Mr. Hanno explained that Freudenberg had grown from a small tannery into a world-renowned chemical group thanks in large part to a governance mechanism that strictly separates family ownership from corporate management and does not give family members any right to a position in the company – an important mechanism to have in place to ensure trust and integrity.

Furthermore, he stressed that the entire group strictly abides by integrity management principles established by the company’s founders and set by the family’s ancestors, and that these values and guidelines are adhered to across the entire group and in every territory in which the company operates.

In his talk, he argued that as the world enters an era of great technological progress, recent geopolitical and economic trends have complicated the business environment greatly, resulting in unprecedented challenges.

“Nowadays, we need to change our way of thinking, accelerate our learning, develop an open and inclusive attitude, embrace new technologies, and look for opportunities for investment,” he  said, adding businesses needed to plan for the future by not only seeing, but thinking deeply and then acting.

At the close of the event, Prof. Ding presented a commemorative gift to the three speakers and expressed gratitude for their contributions.