If You Have to Invest in Someone, Invest in Yourself

“He is going nowhere!”

“Maybe we can let him have a try.”

“We do not have money to waste, he can start working.”

Believe in yourself even when nobody else believes in you

This was a typical conversation that my parents used to have back in 2011, when I was still 18. I just obtained my high school diploma with a final grade of 74 out of 100. The grade itself was not that bad, but I was no model student. During the five years of high school in Italy, professors or the headmaster called my parents dozens of times to complain about my attitude in class or my poor preparation for exams. As a result, my parents lost confidence in me and definitely did not want me to go to the university. My dream was to go to either Turin or Milan to study engineering, but my dad was not willing to spend even one more cent for my education. Instead, he wanted me to start working as a construction worker, in an industry where he already had connections. After a month of arguments, my mother managed to convince my father to let me study in Bari, a city 45 km from my hometown in Italy. In so doing, they gave me a chance to study engineering without paying the huge tuition fee and rent of Milan or Turin. 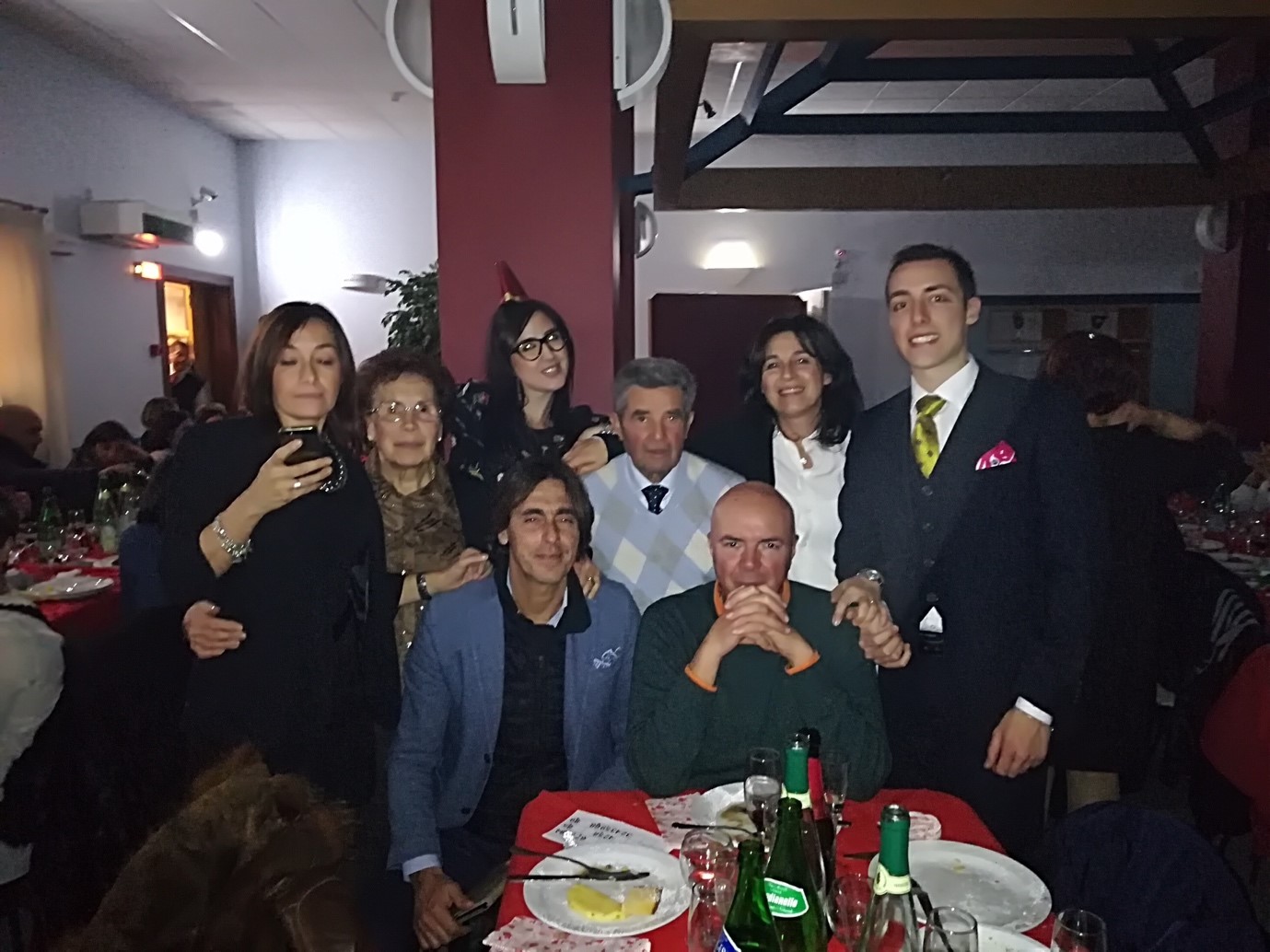 In September 2011, I passed the entrance test for Mechanical Engineering at the Polytechnic University of Bari. However, my maths score was well below the acceptable range, so I had to attend a pre-course to improve my knowledge prior to beginning formal studies in October. Consequently, my parents started questioning if they made the right choice. Frankly speaking, my maths knowledge was extremely poor. My high school was a Liceo Classico (Italian equivalent of UK grammar school); the main focus of this kind of institution is on humanistic subjects such as Latin, Greek, Philosophy, Art, etc. After Liceo Classico, people normally study medicine or law, but I never liked doing what people normally do. I chose engineering because people think it is not a good fit after a grammar school, and I wanted to prove that what people say is not always right. In fact, I believed and still believe that grammar schools shape students’ minds to be creative and this allows them to see unorthodox solutions for all kinds of problems.

The first engineering exam that I took was Calculus, I studied hard for it, but I did not pass it. For my parents, this was the proof that studying was not for me, that university was not for me, and that engineering was not for me. The first year of engineering is probably the most difficult and it was the year during which most people quit. In Bari, 350 people enrol in Mechanical Engineering every year and more than 100 people quit during the first year. It did not take me long to figure out why. My parents suggested I quit and find a job, my friends advised me to study something different from engineering; literally everyone recommended I take a new path. But giving up has never been an option for me. On the contrary, all these people saying I should quit gave me the energy to continue. I was energised by the idea of proving them wrong, which I did later. In October 2014, I was one of the less than 10 people who graduated in Mechanical Engineering (out of the 350 who subscribed in 2011). 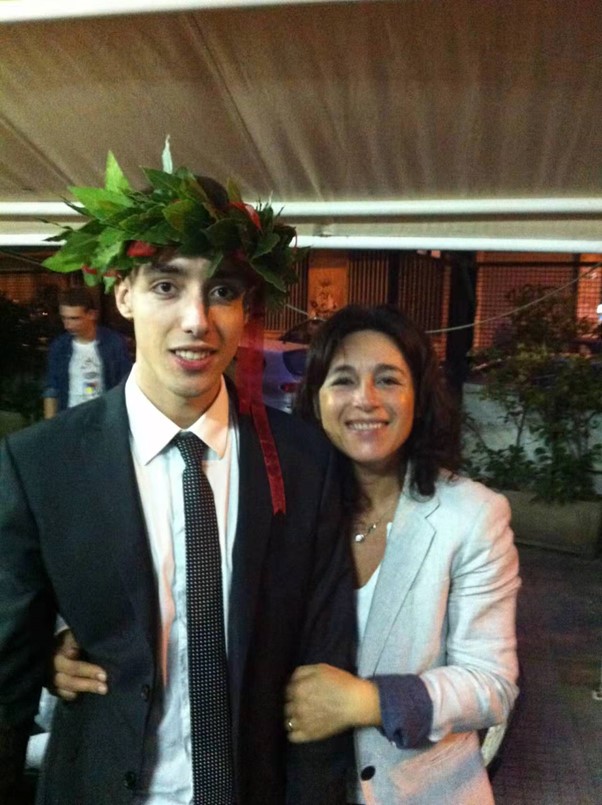 Ceremony for bachelor’s degree in Mechanical Engineering, my mom on the right (Bari, Italy, 15 October 2014)

Be realistic, demand the impossible

I loved engineering, it gave me the opportunity to prove everyone wrong without even talking: my results talked for me. Hence, straight after the bachelor’s degree, I started studying for a masters, still at the Polytechnic University of Bari. But it was not enough. Being one of the top five students in the Department of Mechanics, Mathematics and Management, I had the chance to obtain a full scholarship to study at Cranfield University in the UK, one of the top 50 universities in the world for mechanical engineering. However, this required an advanced knowledge of the English language, which I did not have. To give an idea of idea of how bad I was, it used to take me around 30 hours to read an academic paper of 10 pages. I needed to look up almost every single word on the dictionary, it was frustrating. But once again, the challenge excited me. 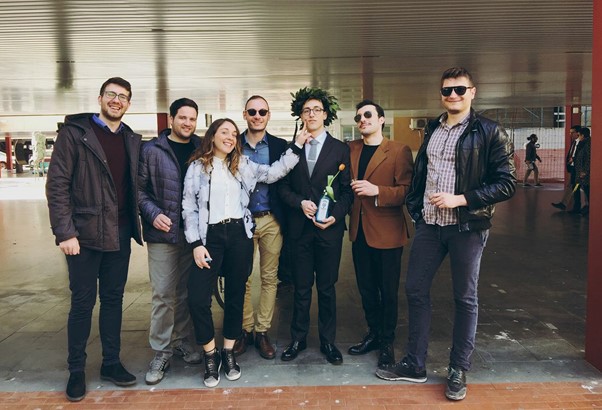 I studied patiently for almost a year, and during the summer of 2015, I passed the IELTS exam, allowing me to start a new chapter at Cranfield University. Here I studied for a Master of Science (MSc) and had the pleasure to collaborate with Rolls-Royce for more than six months. By March 2017, I had a bachelor’s degree with honours in mechanical engineering, a master’s degree with distinction in energy systems and fluid machinery, a MSc with distinction in aerospace propulsion, and I was working for GE Aviation, ranked 26th on the Fortune Global 500 List at that time. Moreover, during the graduation ceremony in June 2017 in the UK, I was awarded The Course Director’s Prize for the Thermal Power MSc in recognition of my outstanding academic achievement in the School of Aerospace, Transport and Manufacturing at Cranfield University.

Life gets interesting when we fail, because it is a sign that we have surpassed ourselves

In September 2017, I faced a three-way junction. GE Aviation offered me a job in Turin, the University of Glasgow accepted me for a PhD in Mechanical Engineering, and Spirax Sarco Engineering (a constituent of the FTSE100) offered me a job in Milan. All options were extremely interesting, I wanted to accept all of them, but I had to choose one. I chose to join Spirax Sarco mainly because they offered a leadership programme that allowed me to wear many different hats over a period of just two years. I was chosen after a competitive international assessment process that secured a role for 16 graduates only, among thousands of applicants globally. However, after one year in Milan, I started feeling stuck in a routine; I needed a change. I managed to relocate to Trieste (Italy) where I followed the marine industry. But after a few months, I was unsatisfied again. I missed the international flavour of the UK, I missed being in a diverse environment, and I missed talking in English. Thus, for the 6-month secondment included within the leadership programme, I applied for a role in the United States.

I was ready for the United States when the senior management in Italy suggested me to go to Shanghai instead. Initially, I refused: I already had America in mind, and I really did not want to go to China. But for some reason, the senior management insisted, and convinced me to give up the USA and move to Asia instead. In March 2019, I landed in Shanghai, and it was love at first sight. I loved the people, the food, the language, and the way of working. After just three days, I had already started studying Mandarin in order to better communicate with local people. At first, I did not want to come to China; after six months, I did not want to leave. As a result, I declined an opportunity to return to Italy, and instead accepted a new role in Shanghai as a technical leader in the marine industry.

I was living a dream, I was just 27 and I already had a leadership position. However, after few months, I woke up. I realised that my job did not allow me to take decisions, my voice was almost never heard by my manager, and I found myself following others’ choices even when I disagreed. I went from riches to rags and I suddenly felt like a lion in a cage. I wanted a managerial role, but my knowledge was not broad enough. I needed to learn about things such as management, leadership, business, strategy, and accounting. I needed an MBA. I had considered an MBA much earlier, but now I felt I could not wait anymore. Although I did not like my job, I loved Asia and I did not want to leave. Therefore, I searched for the best school offering an MBA program in Asia and I discovered that the CEIBS MBA Programme was ranked 1st in Asia by the Financial Times, Bloomberg Businessweek, and Forbes Magazine. It was already May 2021 and I had less than a month to study for the GMAT, prepare all documents required by CEIBS and apply for the MBA. Simultaneously, I was working full time and studying for the HSK4 exam. It was hectic, but I managed to successfully submit my application one day before the deadline. Afterwards, I waited eagerly for the results… and on the 29th of June 2021 (a date that I will have difficulty forgetting), I received a notice of admission to the CEIBS MBA2023. When I read the email, my heart was filled with joy, I could hardly believe it - against all odds I made it once again! 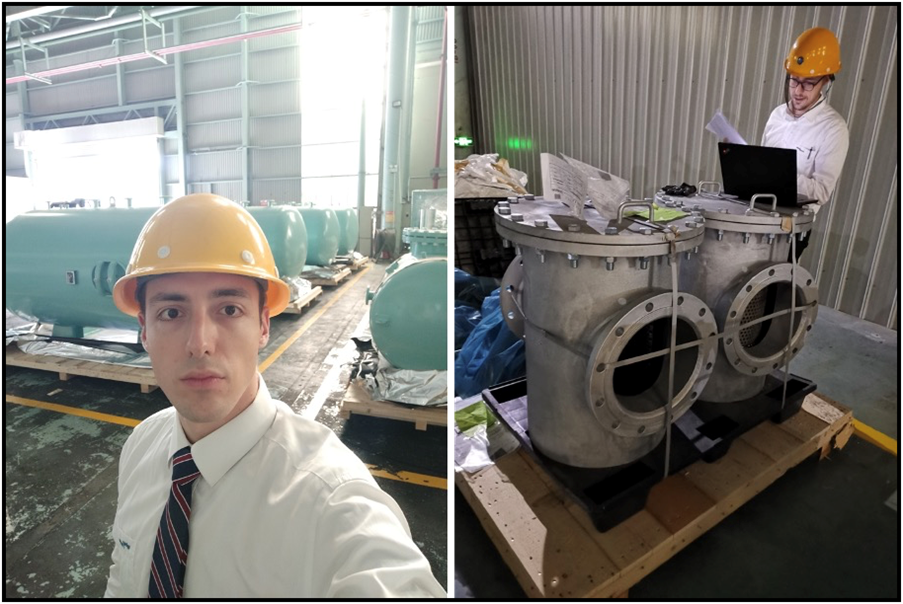 Venture into a changing world

Here I am now, still in Shanghai after three years, studying for the second term of a wonderful MBA program, in Asia’s best business school. Thanks to CEIBS, the lion is out of the cage again, ready to fight the coming challenges in this Year of the Tiger. I have already met more than 100 fantastic people and studied more than 20 stimulating subjects. And this is just the beginning. I am sure that CEIBS will prepare me to venture into this changing world and the MBA journey will help me to thrive in the “new normal”.