After graduating from our full-time MBA programme in 2016, an M&A internship at Amphenol led Stav Shvartz to a position with Ford’s Smart Mobility department in Shanghai. Today, he holds two executive positions in the autonomous driving sector in Tel Aviv. We spoke to him about his time at CEIBS and his subsequent experience in autonomous driving in China and Israel. 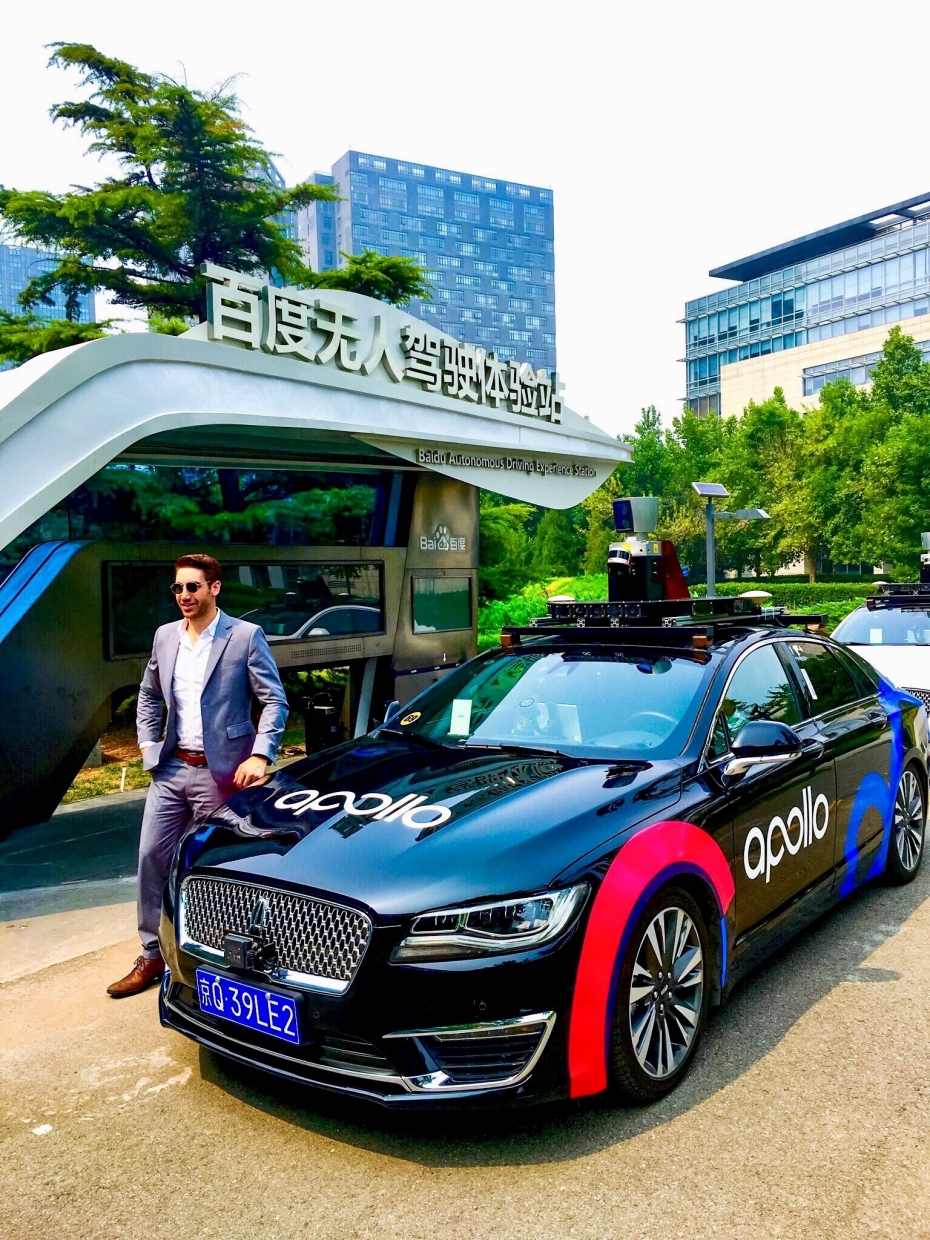 Stav first came to China in 2008 looking to build foundations for his family business and explore local undergraduate degree options. In the end, he was pulled back to Israel by the offer of a place with one of the country’s top universities. However, his first brief experience was enough to convince him that China was a place he wanted to properly explore.

“What shocked me when I came back – what still shocks me, in fact – is that even though all big brands have presence in China, it seems that not many people genuinely understand China’s business environment,” he says. “Even now, there still isn’t enough of an international appreciation of Chinese business culture, the unique facets of its business environment and how it innovates unlike anywhere else. This is why I wanted to study in China for my MBA. I knew it was the only way to get direct access to this kind of insight, by being here and taking it all in.”

Stav’s aim to directly tap into the modern business realities of China led him to join the CEIBS MBA Class of 2016. The programme’s strong mix of Chinese and international students (roughly a 60%-40% split at the time) was a decisive factor, as he wanted to learn as much as possible from the different perspectives and experiences of his local peers. With his keen interest in finance, investment and consulting, the prospect of living and studying in Shanghai, China’s greatest financial hub, was another powerful incentive.

Upon arrival, Stav found that his instincts were correct, as he quickly began to unlock the benefits of accessing local and international business insights. His MBA professors gave him a much broader understanding of how China operated on a macro- and micro-economic scale. Even though Stav completed an economics major for his undergraduate degree, he says, for example, that Professor Xu Bin really brought his CEIBS economics course to life by offering a deep dive into the most relevant case studies, milestones and flaws of the Chinese business ecosystem – a unique analysis that simply isn’t readily available in most MBA courses.

Besides learning with – and from – his peers in class, Stav speaks fondly of his time at CEIBS outside of the classroom. Impromptu brainstorming sessions, consulting case competitions, events he organised as VP of the MBA Investment Club, relaxed chats and social events all helped drive his understanding of the Chinese business context, while also allowing him to cultivate strong friendships. A keen drummer and guitar player, he even formed a band with some of his classmates – a pursuit he hadn’t properly enjoyed since his high school years.

Stav believes that although the programme was challenging and fulfilling, so much of the value of an MBA can be found outside the mandatory curriculum. One example that really left its mark was the TEDxCEIBS event organised on campus. Building momentum, it quickly grew into a huge gala event, pulling in students from other universities as well as a number of executives from companies such as Tencent. Stav and the rest of the band also put on a music show, which was regarded as a roaring success. They enjoyed the experience so much that after they graduated, the band stayed together and performed various charity concerts every few months, despite their increasingly busy schedules. For Stav, this part of his MBA experience taught him the value of seizing every opportunity to seek out like-minded people with shared passions and who are not afraid to try and make business fun! 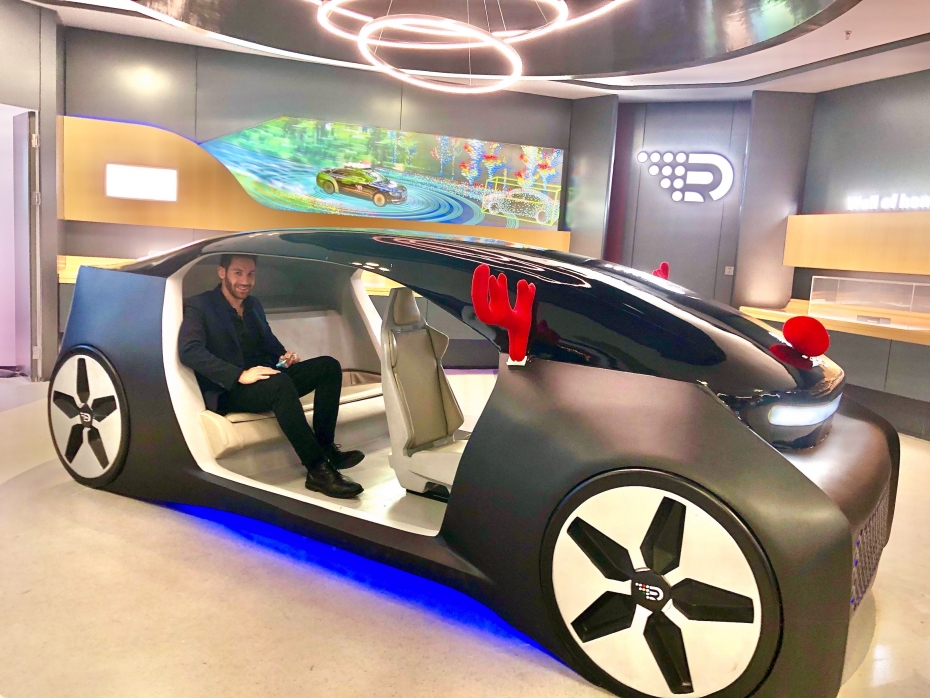 After CEIBS – A self-driving journey begins

Following graduation and a short internship with Amphenol, Stav landed something of a dream job – the chance to join the Smart Mobility division at Ford as the business development and investment manager. Heading up disruptive innovation from within one of the global leaders in the sector, Stav explains that while the postgraduate job market in China can seem daunting at first, it offers a wealth of opportunities.

“For international graduates looking to secure post-grad jobs in China, you have to make sure you fully understand your own core competency,” he explains. “No matter how good your Chinese language abilities are, they won’t be enough on their own. You will always be outclassed by local talent. So, make sure you can clearly articulate the unique advantages you bring.”

Stav’s road to working at Ford demonstrates this. The newly opened Smart Mobility department at Ford’s APAC headquarters in Shanghai was looking for local staff. Rather than allowing himself to be demoralised, Stav took it as a challenge and an opportunity to showcase his own core competencies. By pushing his prior experience in the automotive sector and his strategic consulting experience – honed and informed within the Chinese business context during his time at CEIBS – Stav was offered the position.

Smart mobility was just the beginning. From there, Stav and his team began collaborating with a wider range of mobility providers who were eager to work with Ford on autonomous driving services. This led the team to spin out a new autonomous driving strategy department within Ford, which he describes as being, “like a start-up in culture, while still being backed by the resources of a top global OEM.”

In this role, Stav saw first-hand China’s evolution into a force to be reckoned with in the rapidly evolving autonomous driving sector. Through strategic collaborations with the likes of Baidu Apollo, as well as local start-ups, Stav could see that China was far beyond the point of chasing Western technology, and was forging ahead with highly original autonomous driving innovations and use cases of its own. 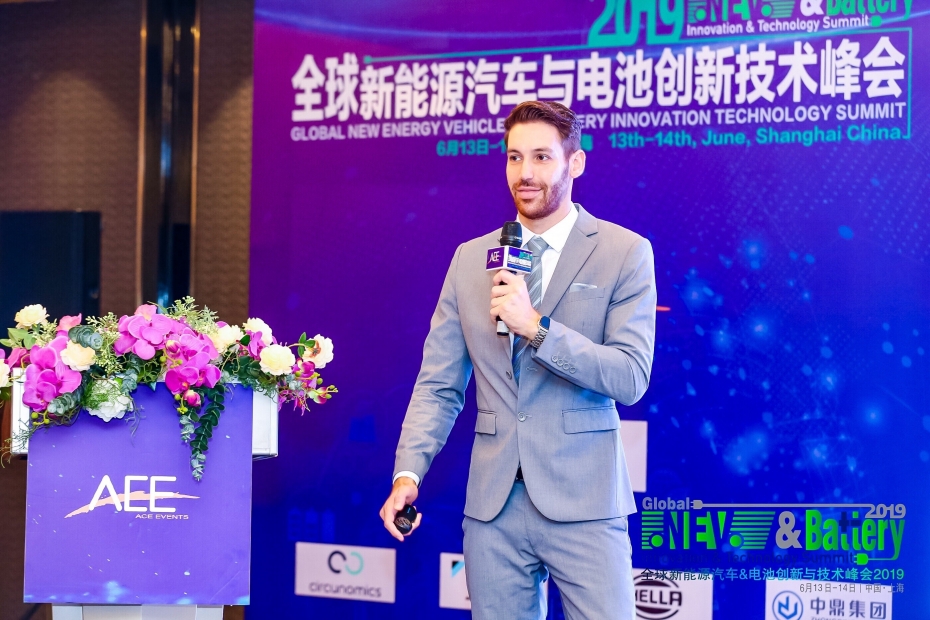 Despite the great opportunities and adventures he enjoyed in China, Stav decided to repatriate to Israel with an eye on landing a role that was still China-facing and focused on investment in the autonomous driving space. It was challenging to find a position that could hit all three requirements, so Stav decided to take action and, together with an Israeli partner they, launched a local branch for Automobility in Israel.

Automobility is an investment consultancy firm for the new age of autonomous-mobility companies based at Shanghai. The Tel Aviv branch looks specifically at connecting strategic corporate investment from China with cutting-edge Israeli auto-tech start-ups. In addition to his position at Automobility, Stav also works with Israeli start-up Opsys Technologies as its Director of Business Development for APAC.

Opsys is currently developing a revolutionary LiDAR technology that enables autonomous vehicles to ‘see’ its surroundings in all weather conditions and in complete darkness. In his parallel roles, Stav is focused on building deep relationships with leading Chinese autonomous driving technology companies that are becoming leading players in the sector.

“The most exciting part of my job is seeing what local Chinese start-ups have been able to achieve in a relatively short space of time,” he says. “When I was at Ford, we were already involved in the creation of Baidu’s open-source autonomous driving platform, and seeing how this kind of open infrastructure is encouraging such rapid innovation from countless Chinese start-ups is amazing. It’s mind-blowing how fast things are moving now. During my last trip, I experienced being a passenger in over 40 different autonomous vehicles, some of which were already operating with real paying customers. It’s even more exciting to look ahead – it always seems like something new and incredible is about to be put into practice.”

It’s clear that Stav is always looking ahead for the next big thing in autonomous driving. Not content with performing two executive roles, he also runs four industry newsletters, detailing the evolution of autonomous driving and mobility services in China and Israel. Growing from an initiative for the internal distribution of news at Ford, Stav has expanded his readership to the wider automotive industry, discussing his take on the industry’s development trends and landmark events. You can find his articles on LinkedIn, Zhihu and Weibo, as well as his own website.

Despite his knowledge of cars, Stav actually rides a motorcycle – at least until his chosen industry relegates the whole concept of humans driving (and perhaps even owning) vehicles to the past! Very much like the automotive industry, Stav believes that now is a great time for individuals to change and evolve professionally by taking opportunities presented by the brave new business landscape we find ourselves in.

“The MBA experience is not just about boosting your career, it’s also finding what your passion is,” he says. “I think it’s one of your last real opportunities to discover what you really want to do and then successfully make a change in your role, or even your industry, if you feel the need to. If you don’t have a job you like or are passionate about, then create one for yourself, or go out and find the right people to join who are headed in the direction you want to go. I think an MBA is exactly the right avenue for helping you be really honest with yourself about what you want from your career, and to then provide tools to go after it. This was my experience at CEIBS. The people I met, the opportunities I had, the knowledge I learned, it all combined to help me build my own unique path to make an impact.”