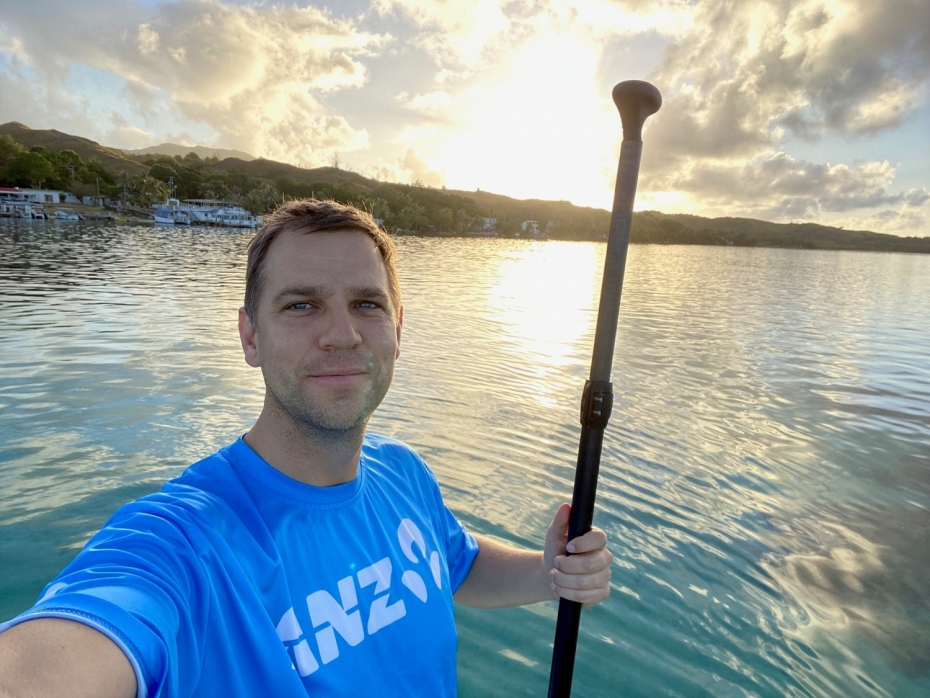 CEIBS alumni are drawn from all over the world, and frequently go on to work in regions and business cultures entirely unfamiliar to them. CEIBS MBA 2010’s Clarke Schaumann is one such alumnus who is entirely comfortable working in unfamiliar waters. He explains how his time at CEIBS helped him strengthen his abilities to operate effectively as a ‘global marginal’ in the rapidly changing world of international banking.

“One of the fundamental things I learned at CEIBS was how to observe, assess and be comfortable in any business situation, regardless of the cultural dynamics at play. ‘Global marginal’ is a term I learned while at CEIBS that seemed to fit me. It describes an individual who is aware of the margins and savvy enough to know when they fit in and when they don’t, but feels equally comfortable in both roles,” Clarke explains. “Through my life experiences – reinforced by my time at CEIBS – I’ve learned how to be the innovative outsider when necessary, and when to appreciate accepted wisdoms already in place. I’ve become very comfortable working in environments even where the edges are not always well defined and there’s room to make a tangible, positive difference.”

As the Country Head for Australia New Zealand Banking Group (ANZ) in the American Territory of Guam, Clarke works in a place where many different margins meet. However, even from when he was young, he has always been ready and willing to explore unfamiliar countries, cultures and situations. At the age of 19, he spent two years in Taiwan learning Chinese while working with locals as a missionary for his church. Since then, his evolving professional and academic pursuits have taken him from the US to all across China, New Zealand and back again.

Clarke’s early experiences of mainland China occurred when he joined the US government-funded Chinese Flagship Programme during his studies at Brigham Young University and Nanjing University. This, together with internships with Nanjing Cornerstone Investment Management and KPMG in Shanghai, was an opportunity for Clarke to expand on his knowledge of the language while seeing what China had to offer.

“The programme was set up as a response to the old joke: If you’re know three languages you’re trilingual, if you know two languages you’re bilingual and if you know one language you’re American,” he says. “The government really wanted to train more Americans to be linguistically and culturally openminded, following the basic premise that better understanding between countries leads to better outcomes for everyone. For me, this time represented a fascinating introduction to China, to the nature of how business is done here, to guanxi and to everything that makes China unique.” 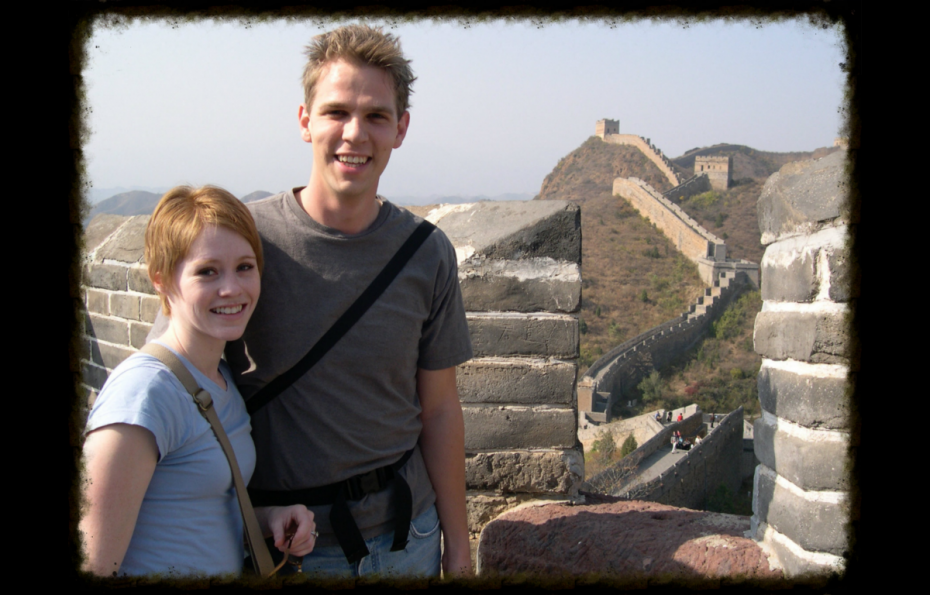 After this very exciting period of travel, exploration and immersion in all things China-related, Clarke decided that it was time to, as he puts it, “get his US business cred”. Moving to California, he worked at KPMG, achieved his CPA (Certified Public Accountant) qualification and became the Director of Financial Reporting for a NASDAQ-listed consulting firm in Florida. Despite the comfort and familiarity of his Florida lifestyle, it wasn’t long before Clarke and his family were eager for another major move.

“I’d been talking about doing an MBA for a long time, to the point where my wife told me, politely but firmly, to just go for it. While there is no shortage of amazing US business schools, that route really did not appeal, especially after our earlier experiences and adventures in China,” he says. “So, we were both keen to get out there again, which led me to apply to CEIBS. I knew the language, I had a penchant for change and China was where the growth and excitement lay, so it was an easy choice given the school’s reputation.”

The fit was as natural in practice as it was in theory, and Clarke quickly settled into CEIBS life. When remembering his early days on the MBA programme, he highlights the importance of absorbing everything the course had to offer outside the classroom as well as within it. 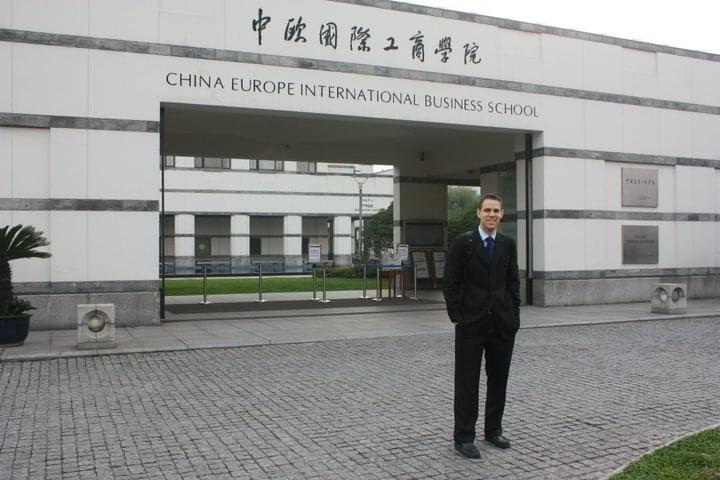 “What you learn inside the classroom is essential but ultimately replicable – you can find much of it in other schools or even online. Clearly though, great professors will make a big difference in bringing classroom learning to life, and CEIBS has plenty of those,” he explains. “What isn’t wholly replicable is the exposure to entirely new ways of thinking and to unique practical projects and exercises undertaken alongside brilliant people from across the world. You can’t get that just anywhere; CEIBS knows this and fully ‘gets’ this. It plays to its strengths of exposing its students to the realities of global business, from within China, in ways that truly stick.”

Clarke found himself learning alongside peers who were entirely different in experience, temperament, skillsets, inspirations and motivations. This led to him joining teams and clubs taking on projects which taught Clarke lessons that he remembers and uses to this day. His time as Treasurer of the CEIBS Investment Club saw him participate with his team in international competitions that deepened and broadened his business perspectives immeasurably through victory and defeat.

He cites his team’s success in Bali at an investment analysis competition as a particularly “thrilling experience.” He also describes his team’s failure in Toronto at a global markets trading competition as a particularly “humbling one.” When it came to the analysis of individual stocks, especially those with any significant China strategy, his team was second to none; however, when it came to crunching out the best ‘algo’ against the might of teams from New York, his team came off decidedly second best. For Clarke, both the successes and failures reinforced his belief in the importance of using every opportunity to see how other people think, and then to learn from the experience.

“The great thing about CEIBS is that nobody is interested in proclaiming that one business concept or culture is the best; everyone is always focusing on what things look like when it all blends together,” he says. “The open-mindedness and the fertile ground for experimentation is what makes CEIBS special. You are always encouraged to try things differently, and even to fail a bit too! Some of our ideas for projects failed spectacularly! Sometimes the mix of business cultures didn’t work well, or even at all, but that is also ideal in the long term because it is representative of real life. The best place to have those failures is in the safe space of a business school where you can be bold, experiment and fall on your face without any lasting harm done. That is another great thing that CEIBS understands and encourages.”

On to Guam – Building better banking 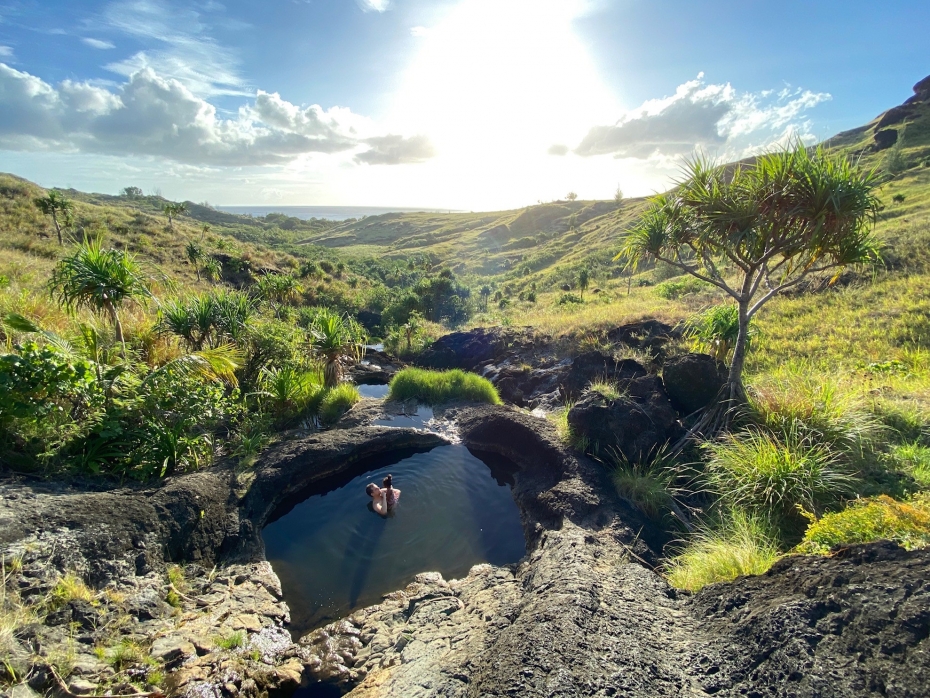 In Guam, Clarke is the CEO of a locally incorporated community bank which is owned by ANZ.

While his role is made up of a wide range of daily internal, regulatory and customer relations-based tasks, Clarke spends a lot of his time thinking about the future of banking. ANZ is a group that has invested in making banking more transparent, convenient and ultimately more sustainable – a philosophy that is becoming an increasingly important market differentiator in banking as in all major industries. 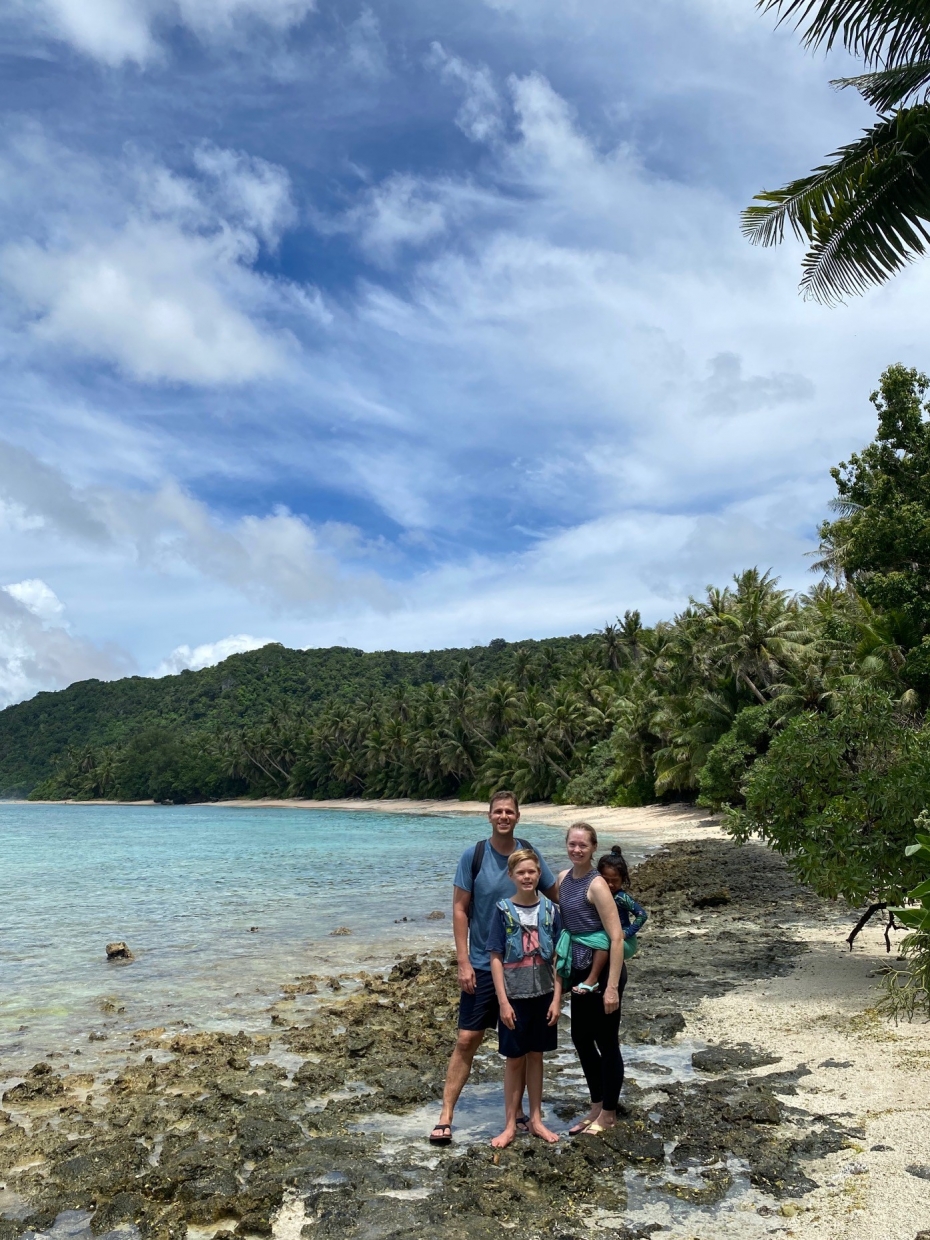 “Sustainability isn’t just morally preferable, it’s also plain pragmatism. If we’re going to be around in 100 years – both in the business sense and the literal sense – we have to create more sustainable ways of living and working with each other,” he says. “Promoting and supporting sustainable banking is a big part of my job and ANZ’s culture, and it feeds into building trust, something that is in short supply these days. That all starts with fully understanding people’s needs and working out the best way to service them in the long term. Fortunately, the culture of open-mindedness and adaptability that I encountered at CEIBS was the same at ANZ, which is why it was an easy choice for me to come and work here.”

Happily settled in Guam for the best part of the last three years, Clarke continues to build on this culture of sustainability, keeping in touch with several CEIBS alumni and always looking for fresh perspectives.