Moving to New Media with My MBA

December 2, 2019. Beijing – In CEIBS Professor of Entrepreneurship and International Business Shameen Prashantham’s class on New Venture Internationalisation, MBA students dissect the dual challenge facing enterprises that are born global – namely, limited resources and zero brand awareness. These two challenges were faced and overcome by the world’s third largest podcast app Castbox. Established in Beijing in 2016 by CEO Renee Wang, Castbox had eyes only for the international market. Now three years on, MBA Admissions sits down with MBA 2019 alumna Valentina Kaledina, who joined the company after graduation to focus on market development into Europe. Read on for Valentina’s thoughts on how an MBA prepared her to lead in a Chinese context, the importance of recharging your batteries on campus and how a Stanford MBA first led her to CEIBS. 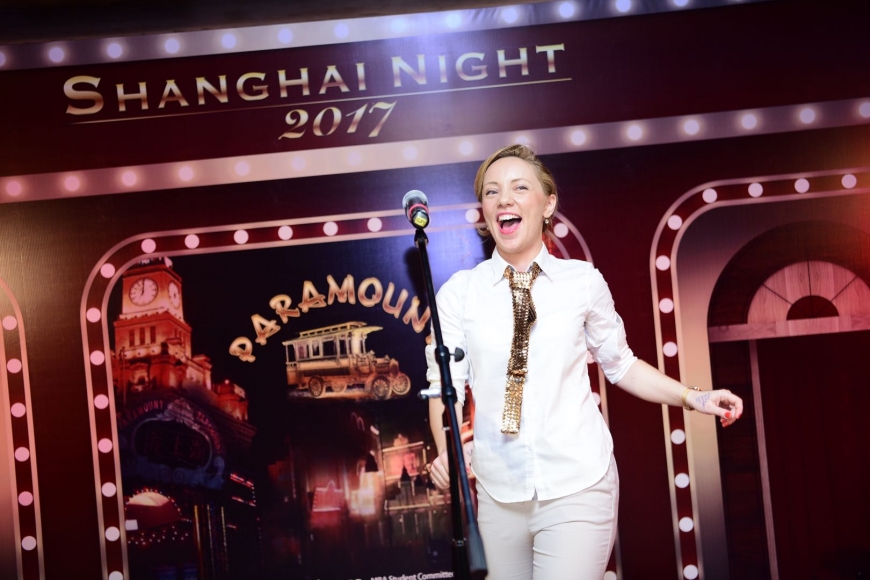 On why CEIBS and why China

Valentina always wanted to do an MBA. As a reporter covering business news in both Moscow and Paris, the Moscow State University graduate grew to regard an MBA as synonymous with the business leaders that featured so often on the pages of her articles. It was her passion for digging into a story and conducting interviews that then led to a dramatic change of direction, joining a boutique executive search firm in 2010 to work on international head hunting assignments. For seven years she placed c-suit executives in traditional industries such as oil and gas, and while the jet-setting nature of the role kept her energised, she felt herself slipping further away from the rapidly evolving media sector and her MBA dream.

With her thirtieth birthday looming, Valentina knew she had to set herself a strict deadline to enrol at business school, and that proved to be just the catalyst she needed for a life-changing conversation with a Stanford MBA. “From my journalism training, I’m very diligent when it comes to research, outreach and gathering multiple perspectives for a story,” says Valentina. “To prepare for my own MBA, I asked a Stanford MBA for his thoughts on the programme and he actually tried to put me off! ‘You don't need to do an MBA,’ he said. ‘You’ve already managed an international business and know the risks and rewards involved. What you should do instead is learn Chinese and go to China – that's where all the growth is!’” 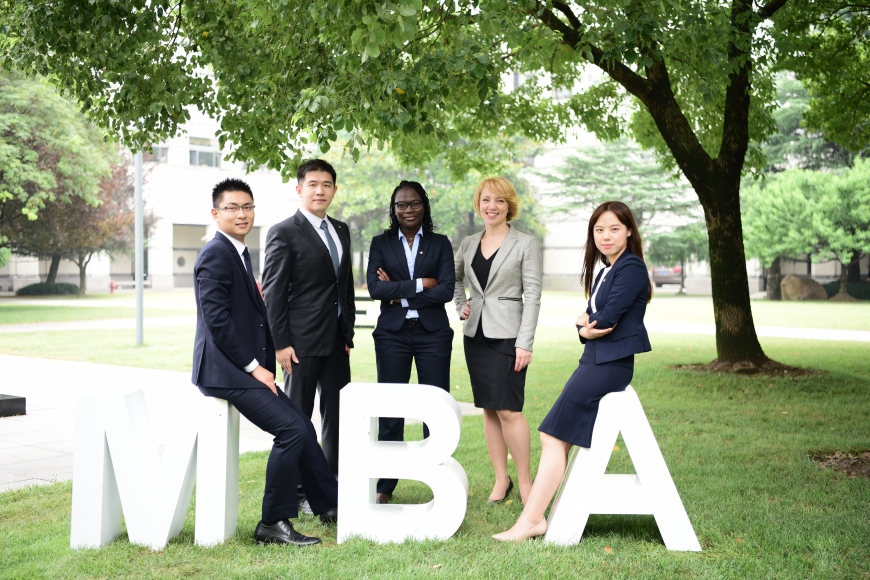 On learning how to maximise learning

In 2017, Valentina decided to pursue both directions. She enrolled at CEIBS in the full-time MBA programme, one which also requires students to study Mandarin and graduate with a minimum level of Chinese proficiency. Over the following 18 months at CEIBS, Valentina balanced the academic demands of core modules and electives with her own proactive efforts to return to the media industry. She travelled from Shanghai to Shenzhen and Beijing for career treks organised by the CEIBS Career Development Center (CDC). There, she visited some of China’s tech giants, including Tencent and Baidu, as well as famous VC firms such as ZhenFund and Legend Capital. Valentina also got to know China’s third internet giant Alibaba and the wider digital ecosystem through her mentor, whom she met as part of the dedicated alumni mentoring programme provided by the school. As Vice President of the Media and Entertainment Club, Valentina also put significant effort into building her own network. She organised a number of events, including sharing sessions from the CEO of Penguin Guide, Wang Zhiwei, on how he grew his followers from zero to over a million, and Huang Menglin, the former Wall Street Journal video journalist and producer, on storytelling through video. Back in the classroom, she gained new perspectives on the different paths taken by the Chinese and Soviet economies from Professor of Economics Dr. Che Jiahua. And towards the end of her journey, she joined the inaugural lecture of CEIBS Distinguished Professor and former Director General of the World Trade Organisation Pascal Lamy on the future of open trade. 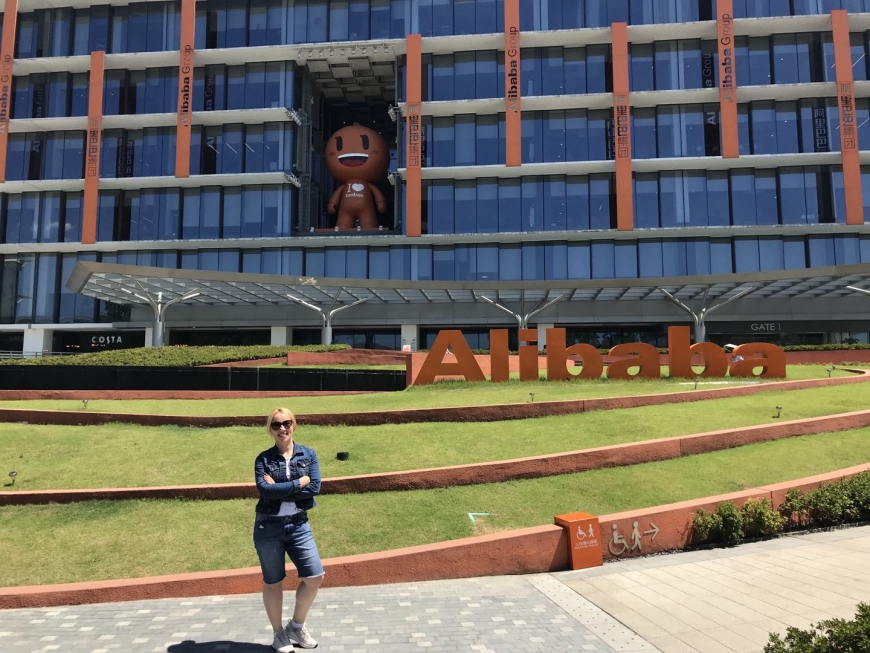 “Looking back now, I realise that we crammed a lot into our MBA journey, but it is important to remember that the programme is a marathon and not a sprint. The opening day euphoria does not last forever. Normalisation creeps in and you really need to find a way to recharge your batteries to make it through,” suggests Valentina. “For me, I love music and being on stage. A small number of likeminded classmates and I formed a band with our counterparts in the Finance MBA programme at CEIBS. So rehearsing, when we could find the time, in the underground studios on campus were some of the happiest moments for me during my 18 months in Shanghai. The band was my release, and I strongly encourage all new students to find their own way to recharge.” 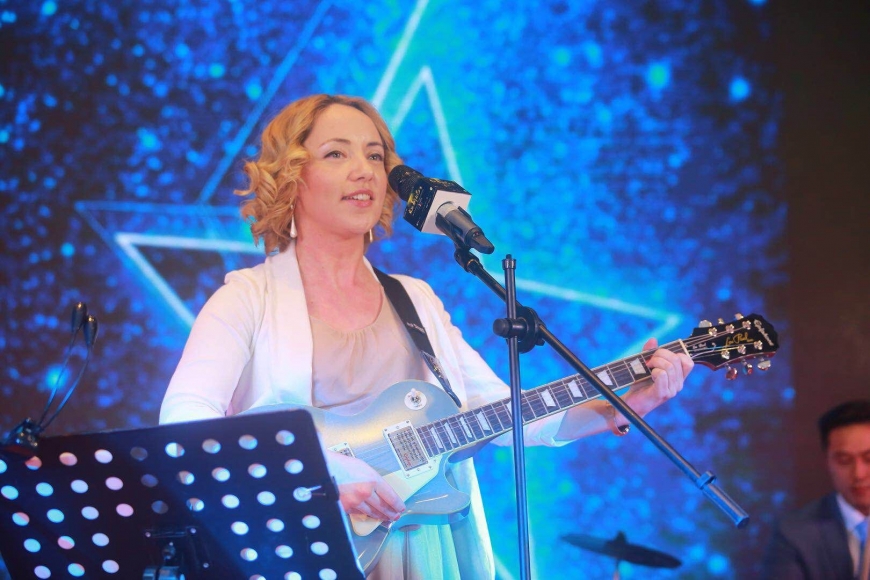 On prioritising academics or job search?

There comes a time for every MBA student on campus to find their own balance to deal with the competing priorities of academics, job searching, networking, personal life and sleep. Valentina’s own approach was largely informed by her MBA goal to get back the media industry. “I had a solid background in traditional media, but had been away for so long,” says Valentina. “Since then, media had become a lot more sophisticated and business models had evolved rapidly.” The Media and Entertainment Club helped give her a platform to understand the new media space, particularly in China, and one theme that often came up when discussing talent requirements at these companies, was the ability of their staff to engage and work with the technical or subject matter experts around them. To that end, Valentina highlights the impact of the Integrated China Strategy Project (ICSP) to bridge this gap on her CV. “One of the most challenging, but rewarding projects, was the ICSP. I was leading a team, with limited financial expertise, to help a securities firm with a risk management assessment. It was a fairly complicated project that required a lot of coordinated outreach with industry experts,” says Valentina. “We came through it together though and delivered a well-received presentation to the client. I gained a lot of confidence from this, both in terms of belief in myself to manage in a China setting, and also my ability to work outside of my comfort zone.” 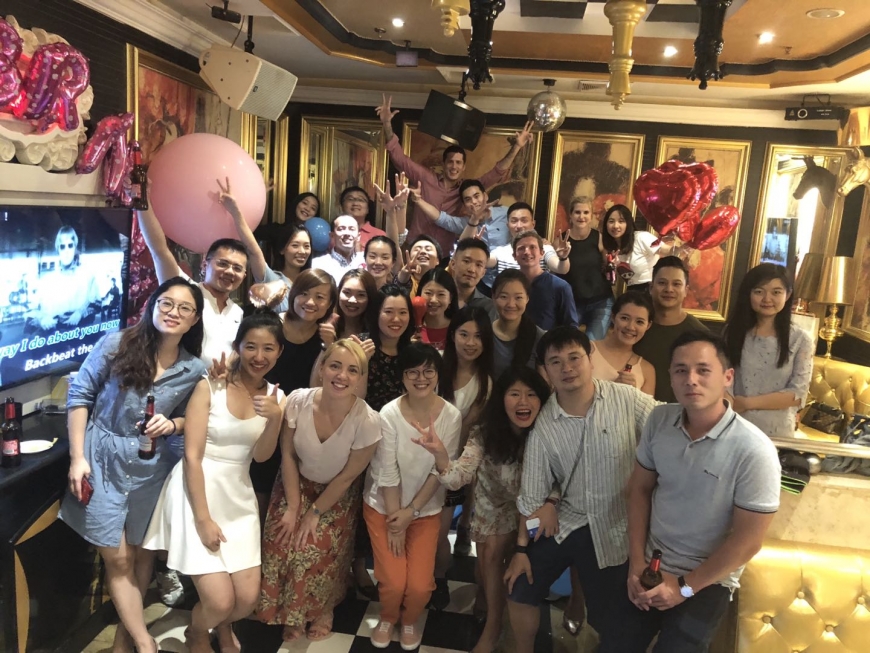 The counterpoint to focusing on the ICSP and club activities was that Valentina had to make peace, early on, with the fact that she was never going to be at the top of the class in quants-heavy courses such as financial accounting – an approach that saved her time and energy in the long run. “It is difficult for someone from a liberal arts background to truly master the finance subjects. Not through lack of motivation or dedication to reading the textbooks, but it becomes a game of where you should focus your energies,” reflects Valentina. “Given my target industry was media, I realised it wasn’t the end of the world if I didn’t ace every quants exam. After all, the key to my future was going to rest more in my ability to transition into new media, than competing with the accountants in the class.”

On landing her dream job

Earlier this year, Valentina successfully achieved her MBA dream and joined the new media industry at Castbox. “I could never have imagined that I would be able to combine media with tech. We are very advanced in terms of R&D and my job sits between content creators and the technical team,” says Valentina. “Podcasts are growing, and whilst our biggest market is in the US, I deal mainly with Europe, speaking to content creators in the UK, France and Germany. The biggest takeaway for me from CEIBS was the network and I rely on CEIBS’ alumni network nearly every day. If I need something in Germany, I reach out to the alumni network there – same for South America, UK, India and so on. Post-MBA, most of my peers are in international roles, so this helps me almost daily.” 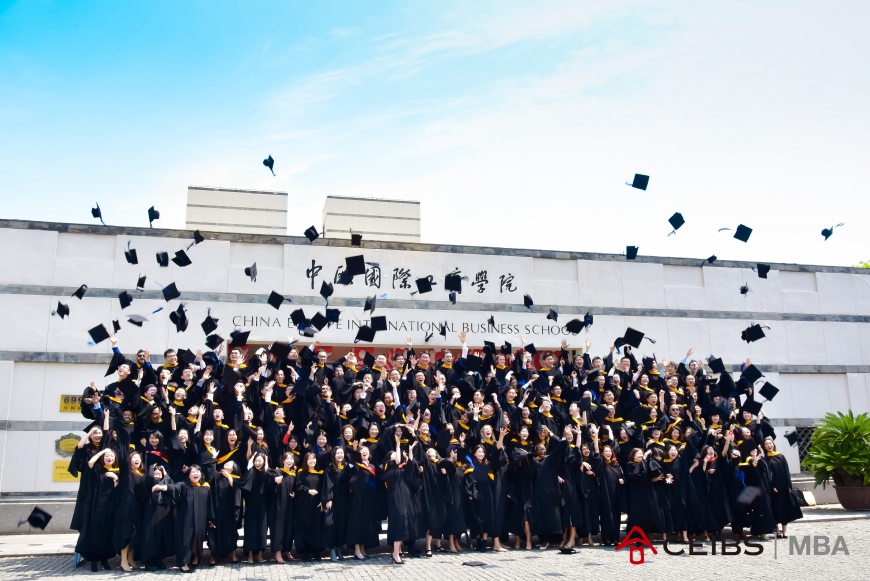 A big believer in the medium as a channel to educate, inform and entertain professionals who are always on the move, Valentina also promotes Castbox not only on the road in Europe, but also from behind the microphone in Beijing. “We wanted to know the perspectives of all parties, including the hosts and users. So I hosted twenty episodes of my own weekly live show. The idea was to bring in people who are involved in the industry – content creators, investors, advertisers and guest managers – to share their experiences,” says Valentina. “I was a journalist, so I know how to put a story together, but this thrust me into a live position. Luckily, business school is all about improvisation and presenting to your peers, telling your peers something valuable and sophisticated, so this helped a lot with that experience.” 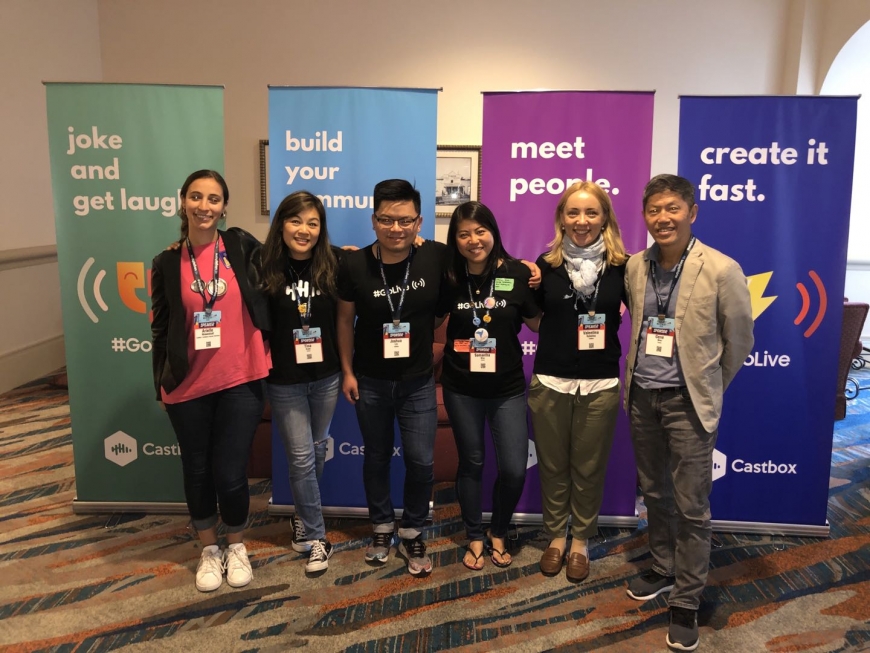 As 2019 draws to a close, Valentina can look back on the year as one where she successfully achieved her two dreams – joining the new media industry and completing her MBA. Next year will bring its own challenges on the road with Castbox in Europe, but for anyone starting their own MBA research in 2020, Valentina shares a final piece of advice, “Cast your research net far and wide, and maybe listen to a podcast or two before you make your decision on where to apply.”

Inspired by Valentina’s story? Click the links below to find out more:

Find out about our mentoring programme