The future of China's printer industry is black and white 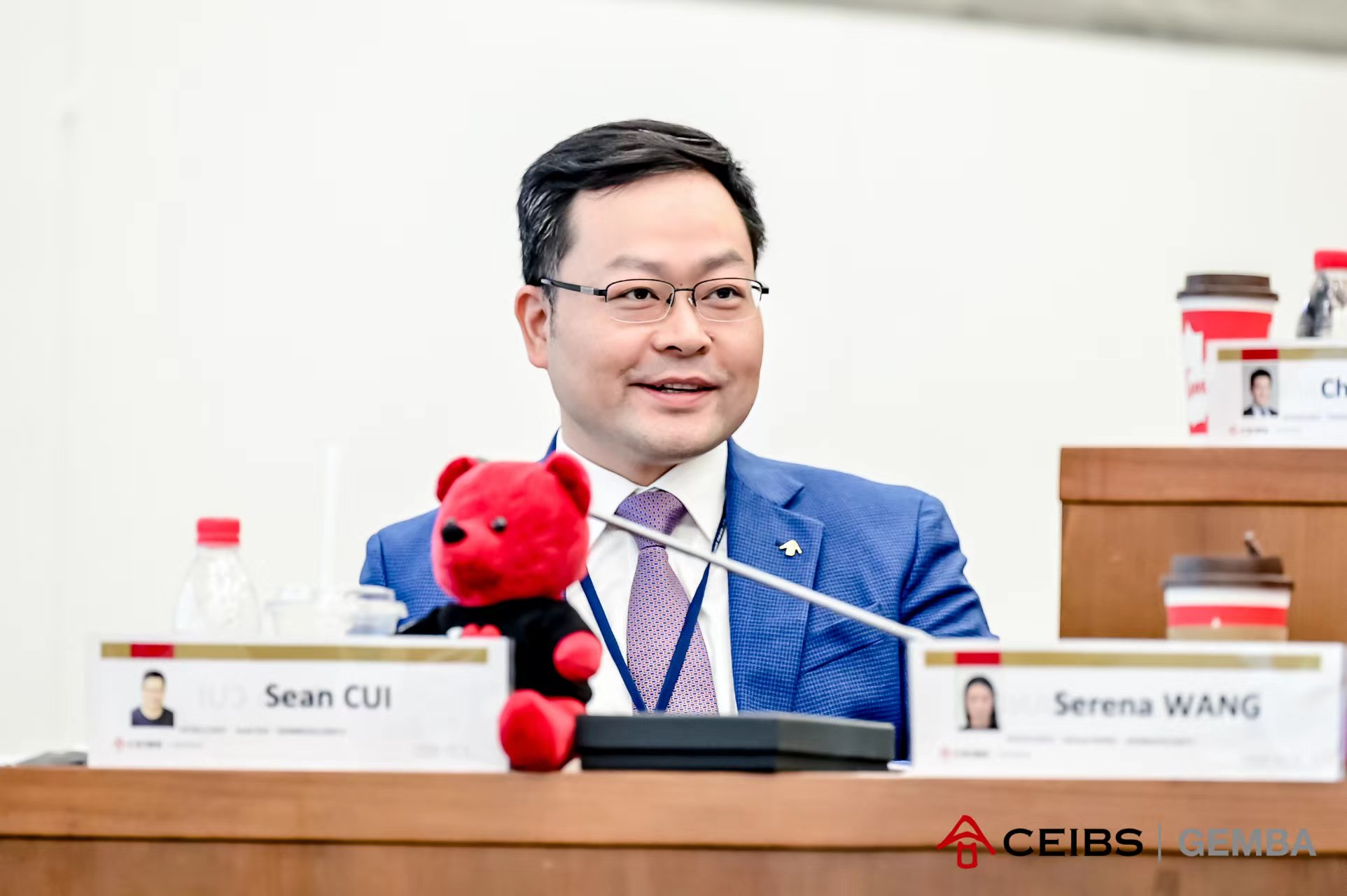 While many of China’s major industries are localising, the printer market is still dominated by multinational corporations (MNCs) whose brand recognition keeps them at the top of the pile. Things are changing, however, as burgeoning Chinese innovation and entrepreneurship push the creation of printer brands capable of taking on the big-name market incumbents.

For Global EMBA 2021 student Sean Cui, this is perhaps the most exciting stage of his professional life, as he leads his company, Hannto Technology, into the future of the printing industry in China. We asked Sean to share his views on the industry, the emerging trends shaping the Chinese market, and his reasons for striking out as a startup entrepreneur after over a decade with a major MNC.

From engineer to manager and entrepreneur, Sean’s professional background is increasingly typical of the career development path for executives in China. Having spent 13 years, the majority of his career to date, with a leading printer MNC, Sean felt that 2017 was the right time for a change. After assuming multiple leadership roles within the firm, he was ready to strike out in a new direction, but with a firm footing on familiar ground.

“I knew I wanted to create a startup, and grow as a businessperson by building something from scratch. However, the engineer in me thought it was best to carry over my prior knowledge, expertise and relationships – basically using what I already had. Luckily, the printer business in China was growing, and I could see a way to differentiate our new offerings from the competition,” Sean recalls.

What Sean could see was that while the technical barrier to entry in the Chinese printer market remained high, the rewards for breaking in could be substantial. Firstly, despite the dominance of foreign brands in the consumer market, Chinese public sector industries (national education, healthcare, the military, etc.) were being urged by the government to purchase local brand printers for security reasons. For any Chinese brand capable of presenting a clear price and/or capability advantage, this represented a substantially lucrative and prestigious sales path.

This is, however, just one part of a greater whole that made the Chinese printer market so alluring five years ago. At that time, the trend of people working on smartphones and other mobile devices was taking hold. Today, Chinese professionals rely on their phones as much as their computers for work purposes. However, printing out documents directly from a mobile device remains a difficult and frustratingly complex process when using most big-name printer brands. Overcoming this problem, and hence unlocking the full convenience of mobile working, was the top priority for Sean and his team if they were to successfully differentiate themselves from the established market frontrunners. 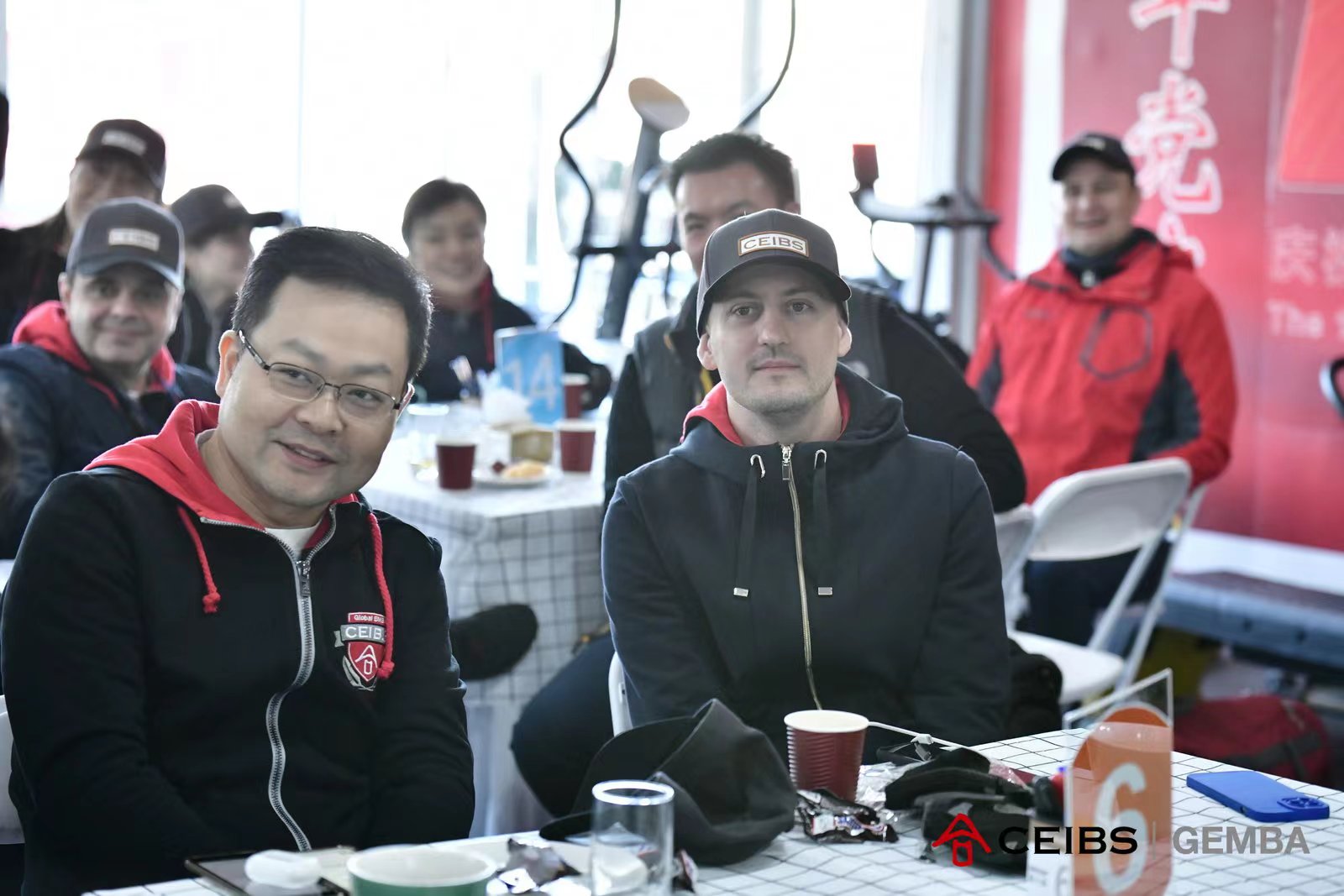 “The printer used to be seen purely as a peripheral of a personal computer. But now, we rely on our mobile devices for much of our work. Who really wants to carry around a connector lead with them? Who wants to have to connect to a printer, and then wait for the right drivers and other necessary software to install? The alternative was to create the right infrastructure so that people could simply connect with any printer and print at the touch of a button. That’s what we did,” Sean explains.

Differentiation has always been at the core of Sean’s idea for Hannto. Since its inception, the company has focused not only on building high-quality printers suitable for a range of sectors, but also on engineering the necessary software platforms to make ‘print from mobile’ a seamless and effortless process. In this regard, their agility in allowing for such simple interfacing with multiple printer brands and models puts Hannto at a distinct advantage over many of the printer giants present in the market today. Now, Hannto users can print directly from their home or office printers with a single tap on their mobile phones.

This understanding of the evolving Chinese working habits and culture has already secured Hannto a remarkably strong market position. Despite only being founded five years ago, it is now the number one brand of photo printer in China, with a 60% market share. It also ranks fourth in the (much larger) home printers market, with a 9% market share. Hannto also took its first steps into the business printer segment this year, and currently holds about 1% of the market.

As impressive as that sounds, Sean believes that the future looks potentially even brighter for Hannto, which has its sights set on both domestic and global markets.

“We have three main drivers for future growth: first, our ongoing collaboration with Xiaomi to further penetrate the home printer market; second, to establish Hannto’s own-brand business printers in China; and, third, to find the right angles to expand our global market presence. It’s an incredibly exciting time, and I think we’ve established ourselves in China in the right way during the past five years. I’m looking forward to what comes next,” he says. 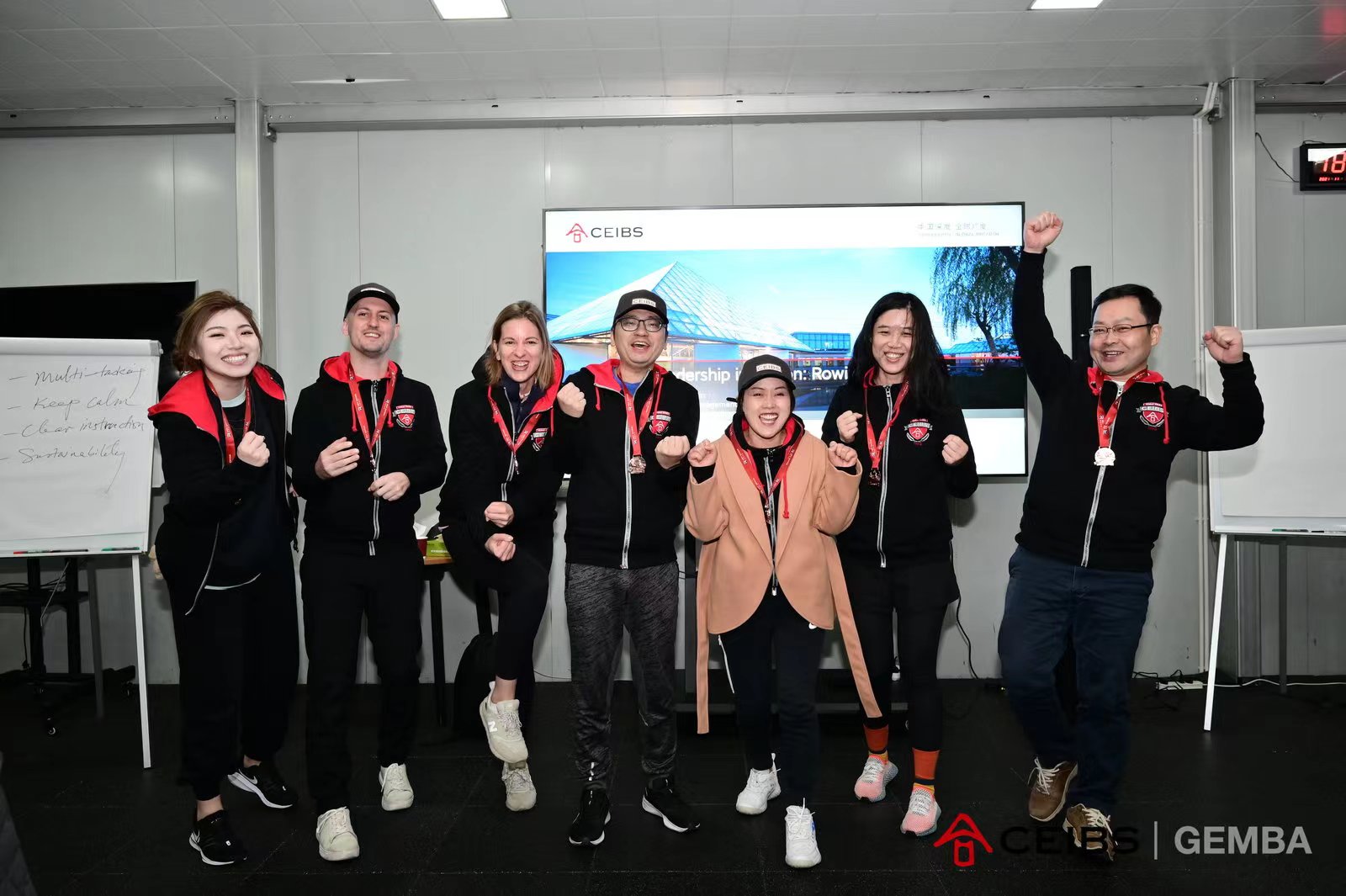 With Hannto well established by 2021, what prompted Sean to join the Global EMBA programme at such a busy and fruitful time for the company?

“I come from an engineering background. I’ve always been keen on self-learning on economics, business management, everything really. But after setting up Hannto and seeing just how broadly demanding it is to establish a company, I knew I needed a more systematic approach. I need to know how I can best apply and extend my knowledge to serve my goals and the strategic development of my company,” Sean explains.

Even though Sean carried over his previous expertise in the industry, there was still a large knowledge gap to overcome. Rather than leading on a single technology product, he built a business from scratch. Not only does he want to close this gap quickly and efficiently, he is also eager to gain greater perspective on the changes that are taking place both inside and outside of the printing industry.

More specifically, Sean believes that unlocking China’s true economic potential lies in the creation of better, more innovative products and services that lead the global market, rather than competing purely on price.

“In China, we’re going from saying ‘We are cheaper’ to ‘We are better’. But how can we claim to be the best if we don’t know what we’re competing with? It’s a new era of entrepreneurship and innovation in China, but it needs to be led properly with a global mindset to make the most of what is happening here to create the best Chinese brands in the world,” Sean says.

“It’s also important not just to compete, and focus purely on overcoming the competition, but also to collaborate and engage with the international community. This is why the GEMBA programme was right for me; it deliberately fosters a culture of mutual appreciation and understanding amongst students from all different backgrounds,” he adds. 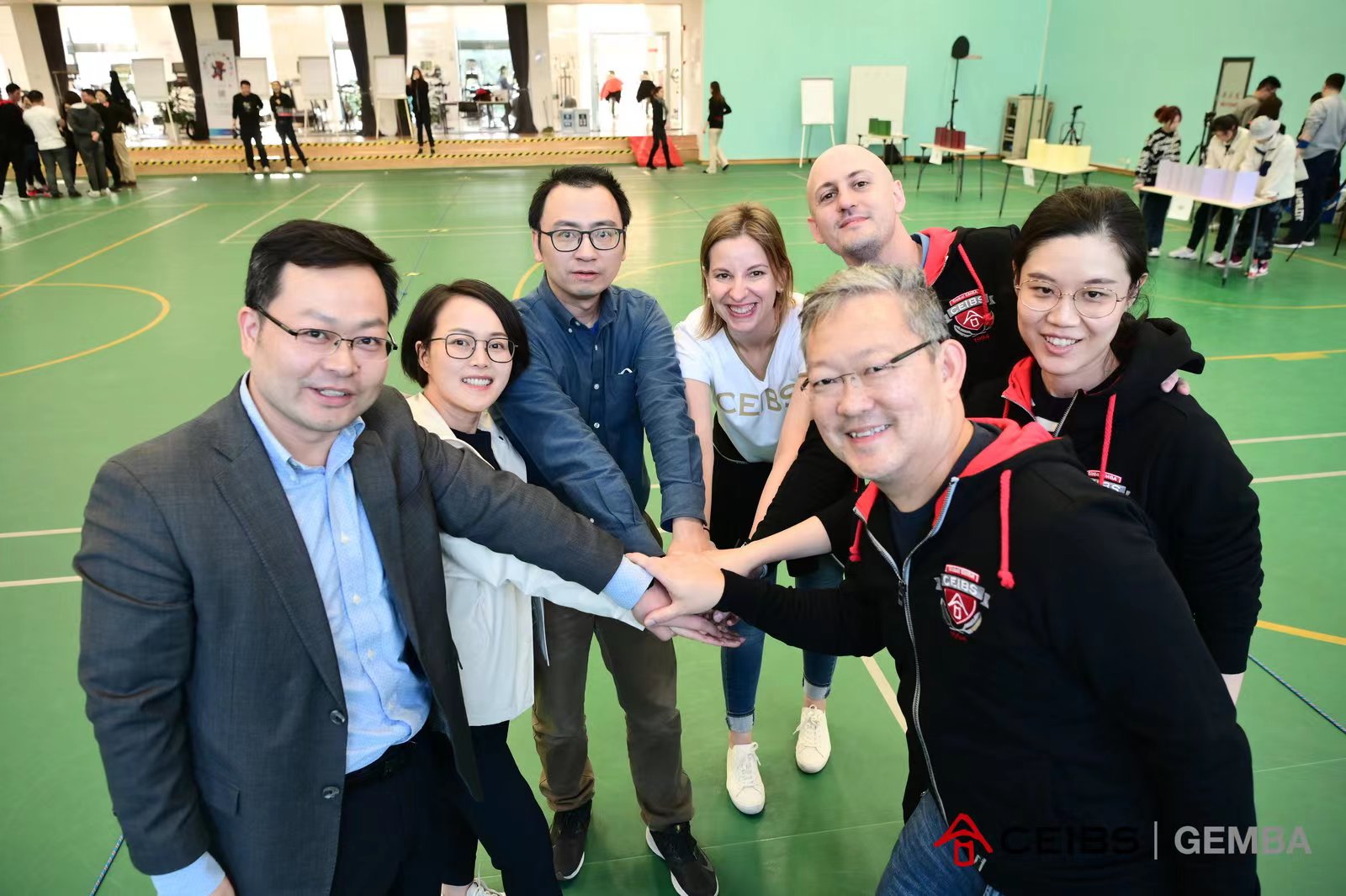 Advice for going global from China

As Hannto prepares for its next move, Sean continues to reflect on everything he has learned in nearly two decades in the printing industry. While there are plenty of industry-specific factors to consider when looking to expand beyond China’s borders, he believes that the key considerations are more cultural in nature.

“Take the time to understand and respect the decision-making culture of your proposed partners. We are the only partner for lots of international players in China, not because we’re a big firm, but because we know the rules. We know what is expected of us in terms of following official regulations, but also what people expect from us a partner. Cherish your creditability, don’t oversell yourself, but present a realistic, viable and achievable set of goals. Also, never take shortcuts – build quality products. This is what people want and expect if you’re going to last in any meaningful way on the global stage,” he says.