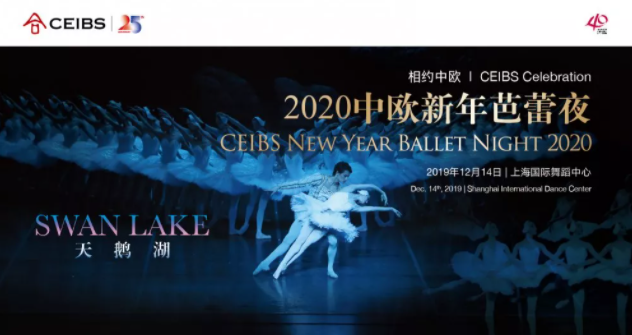 The annual performance to welcome the New Year is coming again for the CEIBS community in Shanghai. In 2018, CEIBS New Year’s Concert, which had been successfully held for ten years in a row, was presented in a new form: an exciting musical stage show. On 14th of December this year, all CEIBS art-lovers will be treated for the first time to a stunning ballet performance, the classic edition of Swan Lake, starring dancers of the renowned Shanghai Ballet Company at Shanghai International Dance Center.

Choreographed by Derek Deane, Artistic Director of Shanghai Ballet Company and former Artistic Director of the English National Ballet, the classic edition is by far hailed as the most magnificent and splendid production of Swan Lake in Eastern countries with a deluxe swan flock lineup. On the evening of December 14, 48 Chinese “white swans” on stage will spread their wings to display elegance and magnificence of eastern ballet dancer! 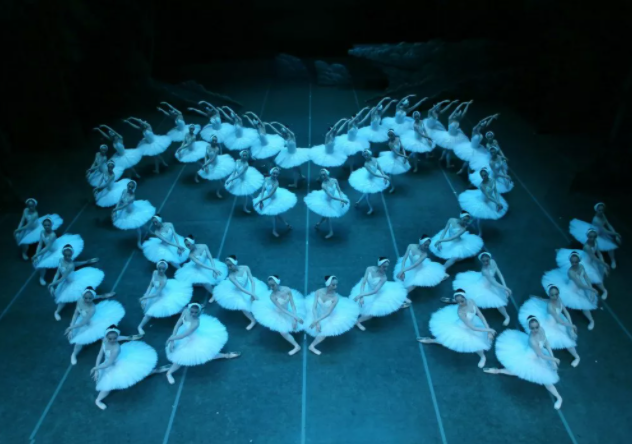 Elegance and Magnificence of Shanghai-Style Ballet

As the brightest jewel in the ballet crown, the Swan Lake, which stretches back over a century, is undoubtedly a high-water mark of classic ballet. It is the most frequently-performed, the most influential and the most widely known ballet work, being incomparably synonymous with the art of ballet. Almost every classical ballet company has delivered its own version of the Swan Lake, not to mention that almost every ballet dancer has a dream of starring in the Swan Lake. In February 2015, Shanghai Ballet Company invited celebrated ballet choreographer Mr. Derek Deane, former Artistic Director of the English National Ballet, to create and compose the classic edition of Swan Lake featuring 48 dancing swans, instead of the usual 16 or 24, on stage. 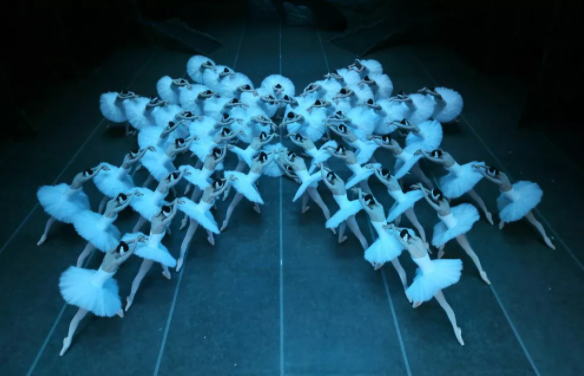 What sets this ballet production apart is surely the 48 white swans, enough to occupy the whole stage. Even more stunning is the dazzling formations the 48 swans make when they gather and then scatter in different directions naturally and smoothly, offering the audience a glimpse into Eastern philosophy of variation and combination. Such dynamic and graceful unison deeply rooted in the traditional Chinese culture can never be achieved through mere addition of dancers onstage. The elaborately-choregraphed group dance, which sets a high bar on the speed and rhythm, puts dancers’ competence to test. After two years of preparations, the youngest dancers at Shanghai Ballet Company have delivered their performance to tough standards, bringing the group dance that has long been regarded as a foil in classical ballet to center stage. In a sense, doubling the swans has provided the classic Swan Lake with a considerable momentum.

Mr. Derek Deane’s choreography certainly brought into full play the consistently graceful classical style of Shanghai Ballet Company. In order to choreograph a fantastic group dance, he brought forward the idea of making the Royal Albert Hall a “swan lake in the round”, creating an unprecedented image of swan sea ever shown on China’s ballet stage. The classic edition features a larger “swan flock” in Act II and IV, and a rechoreographed swan dance. Just like petals open and close, the swans gather and scatter from time to time with Odette in the center, and stand on tiptoe, vigorously flapping their “wings” to defend their princess. The breathtaking group dance captures the swans’ sorrows, anger and fear, bringing the drama to a climax and producing an overwhelming emotional impact on the audience.

In the classic edition, the Prince played by Wu Husheng, Chief Star of Shanghai Ballet Company and a national first-class actor, and the Black and White Swan played by Qi Bingxue, a principal ballerina at Shanghai Ballet Company and a national second-class actress, delivered a notable performance. Wu Husheng was commended by European media for his impeccable skill and performance, “Wu is an internationally shining star, who not only shows beautiful lines, but also makes a deft landing every time he leaps stunningly high.” Qi Bingxue was acclaimed for her “exceptional skills that make the demanding dances look effortless.” When it came to the Black Swan’s 32 fouetté turns, a good measure of whether a ballet company is well-placed to perform the Swan Lake, she delivered her each performance to near perfection. Märkische Allgemeine in Germany commented, “The white swan played by Qi Bingxue is achingly beautiful.”

Chinese Perspectives in a Western Classic

Since ballet is a product of the Western culture, it is a constant challenge for Chinese ballet companies to add new elements to ballet production while performing a perfect rendition of this Western genre. Shanghai Ballet Company chose to create a new Western classic based on Eastern aesthetics. 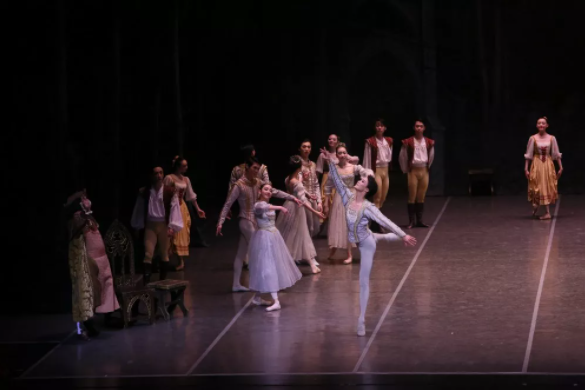 Such an innovative attempt began with the joining of Mr. Derek Deane, who argued that the story of Swan Lake was popular enough and suitable for the atmosphere of classical ballet. Therefore, he found no reason to adapt the story, although contemporary ballet productions are mostly based on adaption. His choreography aimed to not only present the beauty of classical ballet, but also tell the story with dances. In the classic edition, the stereotype and stylization of classical ballet were tempered by dramatic choreography, as evidenced by pantomime-like plots between the White Swan and the Prince. Moreover, the dancers were constantly asked to appreciate and understand the music so that they could convey their emotions while displaying their skills. All these added dynamism to the elegance and subtlety of the classic edition. Besides, Deane imposed rigorous requirements on costume, makeup, hairstyle, lighting, setting and music, in the hopes of creating an edition of Swan Lake that audiences would never feel tired of watching.

From 2015 to 2016, Shanghai Ballet Company brought its version of Swan Lake first to eight major cities in the Netherlands; in 2017, the production toured to nine cities in the Netherlands and Belgium for 40 performances, setting a record of 19 performances in the Royal Theatre Carré, Netherlands alone; from 2018 to 2019, the classic edition of Swan Lake made its debut in Germany and Austria. Shanghai Ballet Company delivered a total of 101 overseas performances of the Swan Lake within three years. According to its plan, this production will be put on at the David H. Koch Theater at Lincoln Center, New York to kick off the first round of tour performance in the US.

The classic edition of Swan Lake, a masterpiece which demonstrates the vitality the fledgling Chinese ballet dancers have brought to classical ballet, is a perfect blend of Eastern aesthetics and Western ballet, paying homage to the classic artwork, and meanwhile, leading the Chinese ballet to the world after years of exploration. Thanks to the artists from Shanghai Ballet Company, more and more people in the world have the opportunity to appreciate the Chinese ballet. With the platform they offered, more Chinese ballet performers will stand on tiptoe to dance gracefully on the stages around the world. 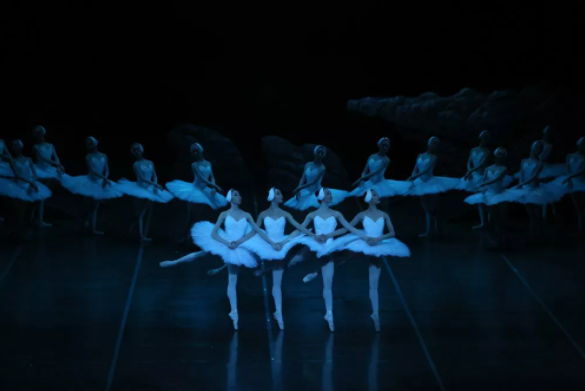 On the vertically larger stage at Shanghai International Dance Center, 48 “white swans” with feathers will flutter and assemble themselves into magical formations to the sweet melody of Tchaikovsky’s Swan Lake. This wonderful ballet performance, a perfect combination of Chinese and Western artistic elements, will make CEIBS art-lovers feel as if time has stopped for the moment.