Why family firms’ strategic goals matter before we talk about success 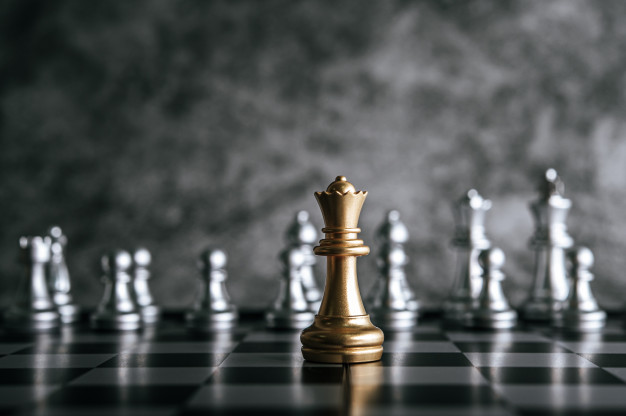 Over the past 40 years, a number of Chinese family firms have risen to become some of the country’s top companies. At the same time, given the frequency and intensity of economic reforms and the transitions in developing economies like China, Chinese family firms also face considerably different industrial and institutional environments than their Western counterparts. Yet, the aspiration of family firms to transit wealth, assets, and values to the next generation stays the same. In this sense, the landscape of long-lasting European family businesses may provide some perspective for Chinese family seeking to navigate changing dynamics. Studies of LVMH, Hermès and Victorinox, for example, suggest that the interplay between family and economic goals determines the heterogeneity of strategic actions adopted by family firms. Profit maximization, preserving family traditions and heritages or becoming a social enterprise is by no means right or wrong – but, it is a choice of a family firm’s strategic goal.

The soap opera-like courtship of luxury goods retailer Tiffany & Co. by LVMH recently drew to a close after the both parties filed lawsuits against each other. Both companies announced that Tiffany had agreed to be acquired by LVMH for $131.50 (USD) per share in cash, as opposed to $135 per share in the agreement signed last year. Although LVMH saved $420 million on the deal, the 2% cut in the eyes of French media was regarded as an indecent move liked to a groom bargaining over a diamond ring for the bride.

This is not the first time that LVMH has gained notoriety for its actions in circumventing agreements. As has been widely acknowledged, LVMH CEO Bernard Arnault is often behind such manoeuvres, which have include acquiring a majority share of LVMH and squeezing the owner out of the board of the family firm and acquiring CELINE and GIVENCHY using similar tactics.

However, Arnault hit a wall when he tried to bring Hermès into LVMH’s luxury group in 2008. When Hermès made an initial public offering of 25% of its total shares in 1993 to raise funds from the stock market to resolve liquidity problems, the 156-year-old family firm didn’t anticipate any buyer would become the second largest shareholder (holding 17.2% of its shares), putting the company at risk of changing ownership. In order to keep ownership in the hands of family members, Hermès decided to fight a cultural war with LVMH. By establishing a family trust combining 50.2% of its shares, Hermès successfully boxed LVMH out of the company’s control. When the Hermès family trust increased its stake to 60.4% of shares, LVMH also continued buying until it reached 23.2%. After five years of lawsuits and regulatory investigations, the two companies finally ceased fire in 2013. Following that period, the Arnault family held only 8% of shares in Hermès and promised not to increase its number of stocks for five years. For the first time, the powerful financial instruments which Arnault was so good at wielding were defeated by the cultural cohesion and internal connections of the Hermès family.

The saga eventually came to an end in 2017 when the Arnault family sold all of its share in Hermès. Arnault gave up the idea of “marrying the prettiest and most beloved lady in Europe” and instead focused on building his business into the largest and most comprehensive luxury empires in the world.

LVMH pursues an aggressive growth model, integrating multiple brands such as top-end cosmetics, fashion, jewellery, wine and hotels. By contrast, Hermès remains faithful to its family heritage, artisanal model and humanist values. Where LVMH exhibits its operational excellence in creating a multi-brand synergy while ensuring each brand’s independence and characteristics, Hermès enables the creation of elegant objects which stand the test of time through its exceptional know-how. The two family firms have pursued different activities to create value (financial, social, relational and reputational) based on the values of their respective owners. LVMH is admired for the glamour of its luxury empire and effective and efficient product chain, yet its owner barely gains any respect when he becomes the world’s wealthiest man. While Hermès almost completely rejects the lure of the scale of the capital market, it maintains its uniqueness and ownership control.

Such comparison is not for the purpose of judging right versus wrong or good versus bad, but to illustrate that family firms are free to form strategic directions based on their particular family values. At the same time, scaling up at a fast speed is often accompanied by higher risks, higher debts and fewer financial stability.

Victorinox, the exclusive maker of Swiss army knives, exemplifies the tendency family firms have to take long-term views of investments, develop loyal stakeholder relationships and, to some extent, to transform themselves into social enterprises for the greater good of society.

In 2000, the 116-year old family firm decided to establish the Victorinox Foundation to control a 90% stake in Victorinox AG, with the remaining 10% being held by a charity fund managed by the Elsener family. Instead of distributing dividends to shareholders, Victorinox AG pours 90% of its profit into the Victorinox Foundation to create surplus reserves. The remaining 10% is then channelled into the family’s charity fund for public welfare events in Switzerland and underdeveloped countries.

Karl Elsener IV, the firm’s fourth generation family owner, explained that they are “focused on keeping the family firm financially independent and sustainable from generation to generation. We have seen many family firms go downhill after family members showed little interest in corporate business and pressed for enormous dividends during business succession.”

Such institutionalization measures mean that the business represents not so much family property as it does assets in the family’s custody. Furthermore, Victorinox has insisted on maintaining its status as an unlisted company.

“Our vision for the company is not laid out on a monthly or quarterly basis,” Elsener says. “Victorinox’s distinctive brand spirit has been passed on from generation to generation. We should strive for the sustainable development of the company.”

Throughout its history, the family firm has never taken a bank loan and has guaranteed its customers free life-time repairs as long as their knife is mailed back. Victorinox has also honoured its promise not to lay off employees. Regardless of the crises it faces, the century-old company has never resorted to layoffs on the grounds of poor management or economic downturn.

Furthermore, Victorinox adheres to a countercyclical strategy. In times of economic recession, the company chooses to increase investments, innovation, marketing and inventory, and reduces overtime and surplus reserves so as to enhance competence and break out of economic struggle. By contrast, in periods of economic expansion, it does the opposite in order to avert the risk of overexpansion. As a well-known Swiss investment banker once commented, “They did everything wrong, but are still successful.”

LVMH, Hermès and Victorinox demonstrate completely different types of success. Yet what they share in common is that their family dynamics are centred on shared purposes. A common mission, high-trust relationships and effective decision-making result in organizational cohesion and high performance. Whether or not to strive for a public listing or to establish a family trust/foundation are just matters of corporate governance. These three firms have never set those as their ultimate goal, but have instead continuously optimized their governance systems to best match their tone with their mission.

Victorinox’s governance system may not suit all family businesses. Nevertheless, it raises an important questions about how to evaluate family business success. Is success measured by a smooth intergenerational succession or by the maximization of personal or family wealth? Does it involve building a long-lasting family brand or maintaining maximum family control in the firm’s ownership? Furthermore, how should family businesses prioritize stakeholders such as shareholders, employees, taxation authorities, residents, customers, the environment and the community?

There is no absolute answer to these questions. The answer would depend on how family firms make their choice. These family firms that have persisted over generations despite changing conditions have always had these questions in mind: Where are we creating value? Who do we create value for? How much can we realize?

In W. Somerset Maugham’s The Moon and Sixpence, a London stockbroker renounces his wife, children and business in order to paint. The decision between an everlasting passion for art or a material life is a choice that he has to make. In the business world, it is the same, - especially for family firms. Yet once the choice is made and all activities are around it, that’s the sparkle of success.

Ding Yuan is Vice President and Dean at CEIBS. For more on his teaching and research interests, please visit his faculty profile here.