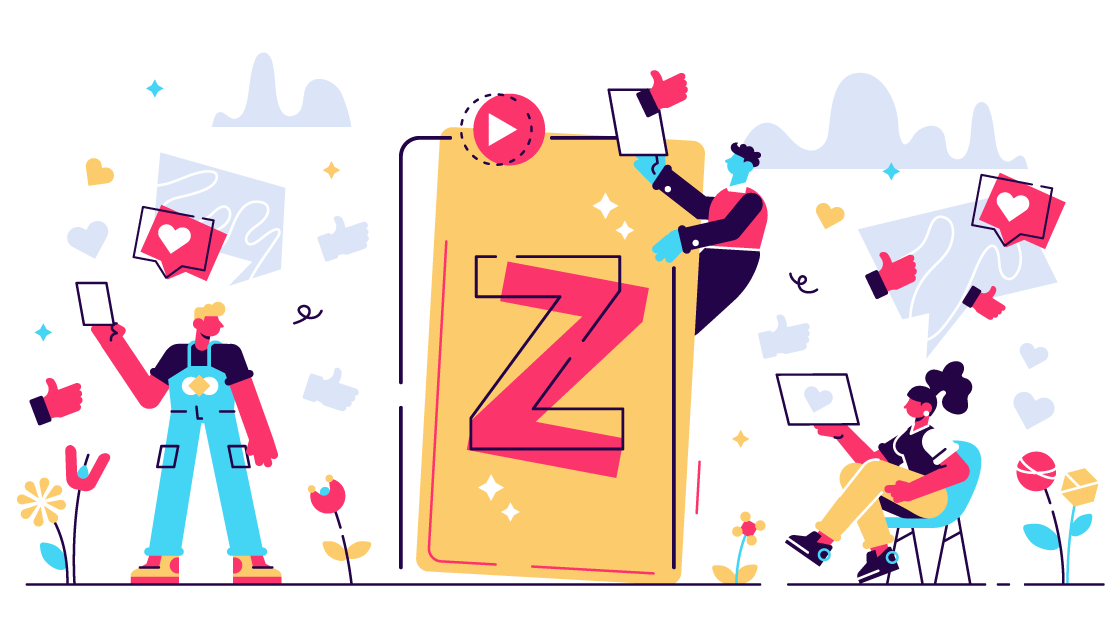 The Most Beautiful Night of 2020, the latest edition of Chinese video platform Bilibili’s annual Chinese New Year’s Eve gala, garnered over 150 million views as of February 17.

It has also once again attracted a record-breaking younger audience, also known as ‘Generation Z’. This group has become a major growth driver for many companies such as Bilibili.

Tapping young audiences has become a major strategy for companies seeking to seize big growth opportunities now and for the future. Such companies seek to gain a better understanding of this group’s spending behaviours and patterns therein.

The term ‘Generation Z’ originally referred to people born between 1995 and 2009. In the words of management consulting firm McKinsey & Co., Generation Zers are genuine digital natives – from their earliest youth, they have been exposed to the internet, social networks and mobile devices.

According to QuestMobile data, by the end of 2018, Gen Z in China was a 370-million strong segment of the population.

This group has its own characteristics. The socio-economic environment in which they live is very different from the past, thus forming a unique value and consumption outlook.

Gen Zers have been exposed to a fast-developing environment from the moment they were born, and are able to embrace and digest new technologies quickly. In addition, thanks to a better social and economic environment and higher per capita disposable income, Gen Zers always pay more attention to the quality of consumption. They are willing to pay for content, but with higher requirements.

Social networks, the most important consumption scene for Gen Z, serve as places where they can build social platforms of their own.

In Europe and the United States, Snapchat is the online social network mostly used by the Gen Z. The app boasts 240 million monthly active users. More than 60 percent of them are under 24.

TikTok has 100 million users in the markets mentioned above, with 70 percent of them aged 18-24.

In China, nearly 70 percent of social media platform Xiaohongshu’s (Little Red Book) 100 million monthly active users were born in the 1990s and nearly 65 percent of users of Hupu, another platform, are males aged 24 or below.

Gen Zers communicate and interact on social platforms, forming their own unique social culture. And they are also willing to consume products recommended by key opinion leaders (KOLs) on social media platforms.

The second major scene for Gen Zers is gaming and e-sports. Honour of Kings has been a very popular mobile game in recent years. It garnered more than 150 million daily active users by the end of 2020.

It is also the first game to go global in its sector. More than 50 percent of its income came from Gen Zers, according to a report from Sina.

In the online video consumer market, the consumption proportion of Gen Z expanded to 65 percent in 2020. According to Bilibili’s financial report for the third quarter of 2020, it had 197 million monthly active users. What is even more impressive is that the average daily stay time of these active users exceeded 80 minutes, longer than that of most other video platforms.

Many online elements and scenarios can be extended to the offline space, like animation exhibitions, which is also a very important factor to be considered for consumption analysis. Gen Zers also play a major role in boosting the popularity of many novel consumer products, like Hi Tea and blind boxes.

Based on the scenarios and behaviours discussed so far, it is possible to identify several features that distinguish Gen Z and gain insights into factors that drive them as consumers.

This is particularly true in dining and shopping. With demand for personalised consumption increasing rapidly all the time, many innovative and convenient products like self-heating hotpots have appeared on the shelves.

Second, a typical Gen Z person happens to be the only child of his/her family. During their time alone, which tends to be long because their parents often have little time for them, Gen Zers usually spend time on online social networks, gaming, e-sports and online videos.

They need company or e-companions, such as friends on online social networks or small pets at home. Gen Zers may have dolls at home, or even virtual idols on the internet, such as Luo Tianyi, a virtual idol popular amongst Gen Zers on Bilibili. Therefore, providers of good company online will likely be preferred by Gen Z. The latter would be willing to pay for such services.

Gen Zers like to express views and engage in interactions. They often spend a lot of time researching comments and making evaluations before shopping decisions.

Also, they are willing to express their opinions about purchases. Therefore, there will be many product assessments and comments in the communities they gather at. These reviews and evaluations are significant channels for sellers and service providers to obtain feedback and other information.

For instance, Genki Forest, a Chinese brand known for its flavoured sparkling water and oolong tea, has made waves for its fashion sense and eye-catching product designs. But where it really shines is with its sugar-free, fat-free, calorie-free product features.

Genki Forest has gained much popularity amongst Gen Z-consumers in recent years. Since its founding in 2016, the company has grown its sales rapidly with a presence in 53,286 convenience stores across China, backed by 131,375 offline retailers. This has helped it to expand to more than 11 overseas markets.

It is also worth noting that Gen Z constitutes a group that pursues individuality. At Bilibili, bullet curtains (on screen user comments) represent a way for Gen Zers to interact with one another. For example, ‘AWSL’ (Ah, I’m dead) expresses amazement or helplessness peculiar to young people.

To conclude, for companies desiring growth, it is paramount to understand Gen Z. To that end, it might be a good idea for every company to have an account on websites and apps popular with the group, and to understand the nature of interactions in the community.

Better still, companies should become part of the community, observe what is happening, carry out systematic studies and research on consumption styles, and gain insights in order to reach and serve Gen Zers better.

This article originally appeared on China Daily here. Zhang Yu is an Associate Professor of Strategy at CEIBS. For more on his teaching and research interests, please visit his faculty profile here.