Sheng Songcheng: Not the time to increase China’s interest rates 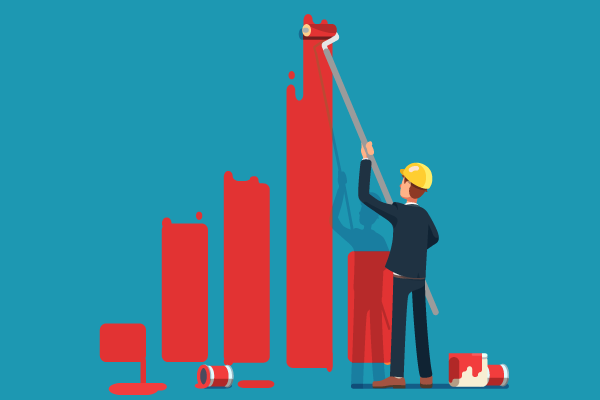 At 2 a.m. Beijing time on September 27, the US Federal Reserve announced, after a Monetary Policy Meeting, that it would raise interest rates by 25 basis points and raise the Federal Funds Target Rate to between 2 and 2.25%, the highest level since 2008. This is not a move China should emulate. Neither raising the benchmark interest rates for deposits and loans, nor increasing the open-market operation interest rates would bode well for China's current domestic economic and financial situation.

Currently, China’s main focus is promoting domestic demand, maintaining a stable economic transformation, and creating a stable financial environment with reasonable and sufficient liquidity for the real economy. According to points raised during the Executive Meeting of the State Council held in the middle of this year, we must adhere to a stable and neutral monetary policy, maintain reasonable liquidity and stable financial operations, further ease the financing difficulties of small and micro enterprises, as well as continue to reduce costs of the real economy. Recently, the State Council Financial Stability Development Committee held its second meeting, where it urged more emphasis on implementing the Monetary Transmission Mechanism and improving the ability to efficiently serve the real economy when total liquidity is reasonable and sufficient.

Here is a detailed analysis of why China should not be looking at increasing interest rates at this time.

I. Raising the benchmark interest rate will further increase corporate financing costs, and is not conducive to interest rate liberalization.

This is because such a move would further exacerbate the problem of expensive corporate financing. Adjusting the benchmark interest rate is inconsistent with China's further promotion of interest rate liberalization. Banks should choose their own floating range and ratio, and independently fix prices to realize the market-oriented allocation of financial resources. In fact, the proportion of RMB loans that are priced higher than the benchmark interest rate is increasing, indicating that the financing costs of the real economy are increasing. This has reduced the profits of enterprises.

Bond defaults and P2P failures occur frequently, indicating that China's financial risk prevention is still arduous, another signal that it is not a good time to raise interest rates in the financial market. We should combine prevention and mitigation of financial risks with serving the real economy and, while maintaining reasonable and sufficient liquidity, fix the balance sheet of enterprises and improve the underlying assets. That is the fundamental solution.

Judging from the effects of the earlier policy implementation, although the yield to maturity of China's 10-year government bonds has dropped from around 3.9% at the beginning of the year to around 3.5%, the weighted average interest rate of RMB loans of financial institutions has increased from 5.3% at the beginning of the year to around 6%. Currently, the liquidity of the money market is relatively loose and the real economy is still difficult to finance, which is a manifestation of poor transmission of monetary policy, and should not be the reason for the central bank to push up financial market interest rates through open market operations. We need to grasp the strength and rhythm in enhancing financial supervision and de-leveraging, coordinate the timing of various policies, improve monetary policy transmission, and achieve a dynamic balance between financial risk prevention and serving the real economy.

The market is worried that the FED’s interest rate hike will exert greater pressure on the RMB exchange rate. On one hand, the market had already expected the FED’s interest rate hike. On the other hand, the current economic boom in the US has lasted for a long time, and the Renminbi vs. the US dollar has been adjusted substantially this year. These factors indicated that there is limited pressure on Renminbi depreciation as a result of the FED raising the Federal Funds Target Rate.

In addition, China's monetary policy is highly independent, and mainly determined by domestic economic and financial operations. As for the exchange rate, China implements a managed floating exchange rate based on market supply and demand, and regulated with reference to a basket of currencies. On August 3, the People's Bank of China issued the Notice on Adjusting the Policies for Foreign Exchange Risk Reserves (No. 190 [2018] of the People's Bank of China). Since August 6, 2018, the foreign exchange risk reserve ratio of the forward foreign exchange sales business has been adjusted from 0 to 20%. On August 24th, China Foreign Exchange Trading System (CFETS) announced the reintroduction of the “counter-cyclic factors” in the RMB-dollar quotation model. These measures are all conducive to maintaining the basic stability of the RMB exchange rate at a reasonable and balanced level.

Finally, in terms of commodity prices, the CPI’s year-on-year growth rate was 2.3% in January-August, without the pressure of increasing interest rates; China's housing price increase has also been contained.

In short, we should focus on the main contradictions in China's economic and financial operations and maintain the independence of monetary policies. At this time, China should not mimic the FED and raise interest rates.

Sheng Songcheng is Professor of Economics and Finance at CEIBS, former Director General of the Financial Survey and Statistics Department at the People’s Bank of China (PBoC) and Counsellor to Shanghai Municipal Government.