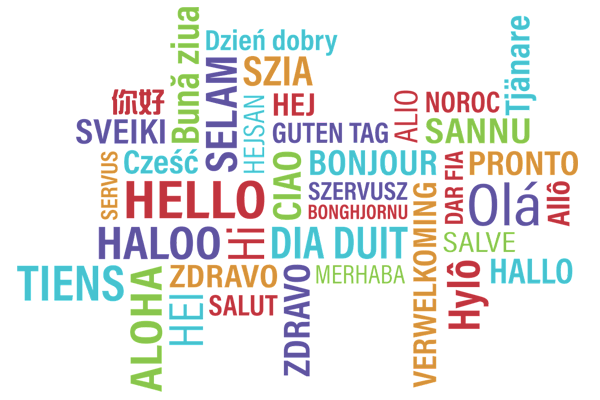 If you are wondering about a company’s cash holdings you may want to consult a linguist in addition to a financial analyst. According to the results of a new study co-authored by CEIBS Professor of Accounting Chen Shimin and Visiting Professor of Finance Henrik Cronqvist, companies headquartered in countries or regions where the native language is what linguists call a weak future time reference (FTR) language such as Chinese, Japanese, German, Swedish, and Norwegian, have higher precautionary cash holdings than companies headquartered in places with a strong FTR native language such as English, Spanish, Portuguese and Russian.

Prior research has shown that language influences individuals’ savings behaviour. The reason for this comes down to grammar. The grammar rules for strong future time reference languages require speakers to distinguish between the future and the present tense. Native English speakers say “earnings will be lower” while in Chinese this would be expressed as “earnings are lower” (利润下降). According to Chinese grammar, verbs are expressed in the present tense regardless of whether they refer to something currently underway, or something that will happen in the future. This makes Chinese speakers more likely to save for a rainy day because saying “It is raining next month” rather than “It will rain next month” conditions them to believe that it’s always about to rain. For speakers of Chinese and other weak future time reference languages, the weather forecast always says “it is raining”.

Profs Chen and Cronqvist and their co-authors set out to explore whether this phenomenon also occurs in the corporate world. According to established principles of finance, firms should set their cash holdings so that the marginal benefit equals the marginal cost. If financial markets are perfect – ie there are no frictions – then firms should be able to raise external cash for investment at any time and don’t need to hold much cash. In reality, firms may face difficulties financing on-going projects and new investments with external funds. When firms sense that conditions are shifting and obtaining financing may become more difficult, for example maybe they anticipate that lending markets will be tightening or interest rates are forecasted to rise, they will prepare by holding more cash as a precaution; a corporate ‘rainy day’ fund.

For their study, the researchers constructed a data set of 224, 788 firm-year observations in 44 countries for listed firms from 1989 to 2013. They obtained the firm data from Standard & Poor’s Compustat Global and CapitalIQ databases. Around 43.3% of the firm-years in their study are in 17 weak-FTR countries and regions and 56.7% are in 27 strong-FTR countries and regions. They used the well-regarded results of the European Science Foundation’s Typology of Languages in Europe project to define weak- and strong-FTR languages.

They found that the average cash holdings in weak-FTR language companies are 12.9% compared to 9.4% in strong-FTR language companies, which is a substantial difference. They also compared the difference in mean (median) cash holdings among all firm-year observations in weak-FTR vs. strong-FTR countries and regions and found that listed companies headquartered in weak-FTR places have 4.2 (5.8) percentage points higher cash holdings, which is statistically significant. They then went back and looked at whether external variables like shareholder rights, legal rights, GDP growth, real interest rates and cultural differences like religion and corruption, and trust may have an influence on cash holdings - they did not.

The researchers also looked closely at Switzerland, which has several official languages: French, Italian and Romansh are classified as strong-FTR languages and German is a weak-FTR language. They found that Swiss companies headquartered in German-speaking regions of the country hold significantly more cash compared to companies in the same industries and with similar firm characteristics that are headquartered in French, Italian and Romansh-speaking regions.

Overall their results show that in some of the largest countries in the world, corporations on average hold significantly more cash in countries where individuals save a larger proportion of their incomes. The findings show empirically that language affects economic behaviours of both individuals and corporations.

The results of the study have been published in the Journal of Corporate Finance in a paper titled “Languages and Corporate Savings Behavior”. Profs. Chen and Cronqvist’s co-authors are Serene Ni of SHU-UTS SILC Business School at Shanghai University and Frank Zhang of Murdoch University in Australia.