Art or craft: Uncharted grey zones in the domain of financial accounting 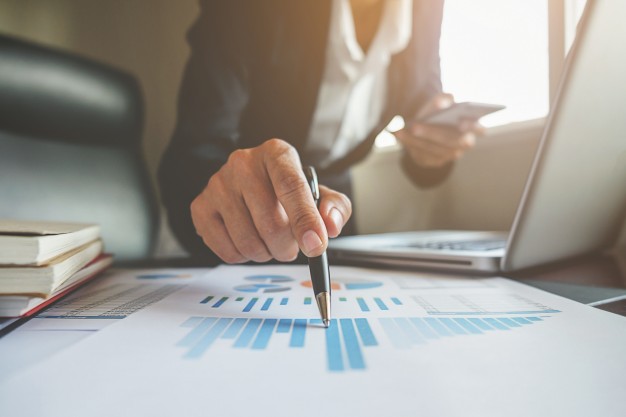 Securing investment for a start-up company is like match-making as both financing and investing parties are concerned about the accounting information of the company being financed. Investors regard accounting profits as a significant indicator for picking an ideal target company while the financing parties use them as a means to attract financing. Since such information is heavily imbued with human assessment and judgement, it harbours a cluster of grey zones that pose severe challenges to an accountants’ sense of judgement. However, the judgement of accountants should be exercised as art instead of trickery for attracting investment.

Financing and investment: A game of feuds and lovers

There is a lot of bitter-sweetness between investing and financing parties. Investors often pose as bachelors who are meticulous about their future brides, scrutinizing their appearances, capabilities and promises. Moreover, they often opt to break up in the end. On the other hand, the financing side pines for cash flow. Chances are they will meet an interested investor, but frequently their relationship is doomed.

Even if they do bond, there is no way to know whether the financing party will recede into obscurity, forsaking all its decision-making autonomy to the investor, or turn the table with the latter’s support and enjoy great expectations ever after.

When it comes to accounting, many investors further demand a valuation adjustment mechanism (VAM) – similar to a prenuptial agreement between an unmarried couple. As part of this agreement, the financing party’s performance must meet the investor’s requirements or be liable to huge amounts of indemnities.

Because of these issues, both parties have huge demands for what accounting information reveals. The investing party assumes accounting profit to be a major indicator while the financing party takes it as a lure for the former’s attention.

Accounting data is complicated by estimates and judgements

Accounting profit refers to the profit that remains after corporate owners have paid for all the elements other than owners’ capital. It is one of the most important parameters for company valuation.

Profits are based on an accrual system. According to this method, revenue includes both sales revenue (in the form of cash received) and revenue not yet received (i.e., revenue paid with accounts payable by customers).

Since the accrual system was adopted, accounting data has been rife with human estimations and judgements. For example, if fixed assets can be depreciated over either 20 or 25 years, the difference will have practical consequences on the accounting profits of the current period. If depreciation is completed over 20 years, then profits of the current period would include 5% of the cost of that fixed asset; if depreciation is completed over 25 years, then only 4% of its cost would be included. Moreover, it is up to the judgement of the accountant to decide which time period should be used.

Since financial accounting is loaded with such estimations and judgements, independent auditing has become a significant method for assuring accounting information quality. A standard, unqualified audit opinion is like a physical examination report: even if all the indicators are normal, it does not mean one is perfectly healthy. An unqualified audit opinion means that the financial statement has been compiled in accordance with corporate accounting rules in all material aspects – but not in every detail. As such, in financial accounting, we tend to use “reliability”, rather than “precision”, as a measurement of the quality of financial indicators.

The role of human estimation and judgement in accounting means that there are a lot of grey zones, including revenue recognition, depreciation and amortization, asset impairment and contingencies.

Revenues are the total inflows of economic benefits that are generated through a company’s daily operation (not including capital put down by the owners) which lead to increases in owners’ equity.

When you buy air tickets via C-trip for 1000 RMB, for example, C-trip does not recognise that amount as sales revenue. Only agency fees are recognised as such. However, if you buy tickets at Tuniu.com, the amount is recognised by Tuniu in full. This is because it has bought the tickets from airlines in advance before it sells them to you. If these tickets cannot be sold, it has to bear the losses.

During the 2008 financial crisis, many companies incurred large amounts of provision for asset impairment. One paper-making company, for example, allowed for 104 million RMB of inventory impairment in its 2008 annual statement, which it released on April 21, 2009. Five days later, however, this provision was reverted outright in its 2009 Q1 quarterly statement. If not for such a reversion, the company would have suffered a loss of 21 million RMB in the first quarter of 2009. Yet due to this reversion, the company rid itself of huge losses and registered sound profitability within one week. Though not objected to by auditors, this is a clear example of the abuse of accounting rules.

We usually need to follow a principle of prudence in accounting – specifically, in the presence of uncertainties, we should report less revenue and more expenses, less assets and more liabilities.

A steel company, for example, recently shortened its depreciable life when its accounting profits were high, and increased its depreciation expenses on the pretext that it should abide by the principle of prudence. Yet in years when its accounting profits were too low, it prolonged the depreciable life twice on the pretext that the life of equipment had been extended following renovations and maintenance.

This is not a standalone example. In the same year, six other enterprises in the steel industry extended their depreciable lives and thus added a total of 2 billion RMB in profits to their accounts. In other words, these enterprises “forged” almost a whole year of profits simply by extending their depreciable lives. However, merely three years later, these companies registered a total loss of 28.4 billion RMB.

In the process of an enterprise’s operations, there are bound to be accounts receivables and inventories. Receivables that cannot be recovered need to be deducted from the profit schedule of the current period. In addition, inventories that companies expect to be unable to sell need to be recorded as inventory impairment and deducted from the profit schedule. There are many examples of companies using such impairments to avoid reporting losses three years in a row, which would cause them to be delisted from China’s stock market.  A common practice is to write down current assets excessively in a year where reporting a loss is unavoidable, and reverse the write downs in a subsequent year.

Considering the significance of accounting information in investment and financing, and the accrual system as its foundation, it is extremely important for accountants to maintain keen professional judgement. Such a sense of judgement should be used as an art for good, not a craft for tricking investors out of their money. Ultimately, the following three principles should be kept in mind for judging the quality of accounting profits:

First, whether profits are generated by the company’s core business.

Second, whether these profits can be expected to persist into future.

And, third, whether these profits can backed by cash flows.

Charles Chen is Professor Emeritus at CEIBS and the Programme Director of Capital Operations in the Era of New Economy. For more on his teaching and research interests, please visit his faculty profile here.