Why Chinese house prices keep going up and up 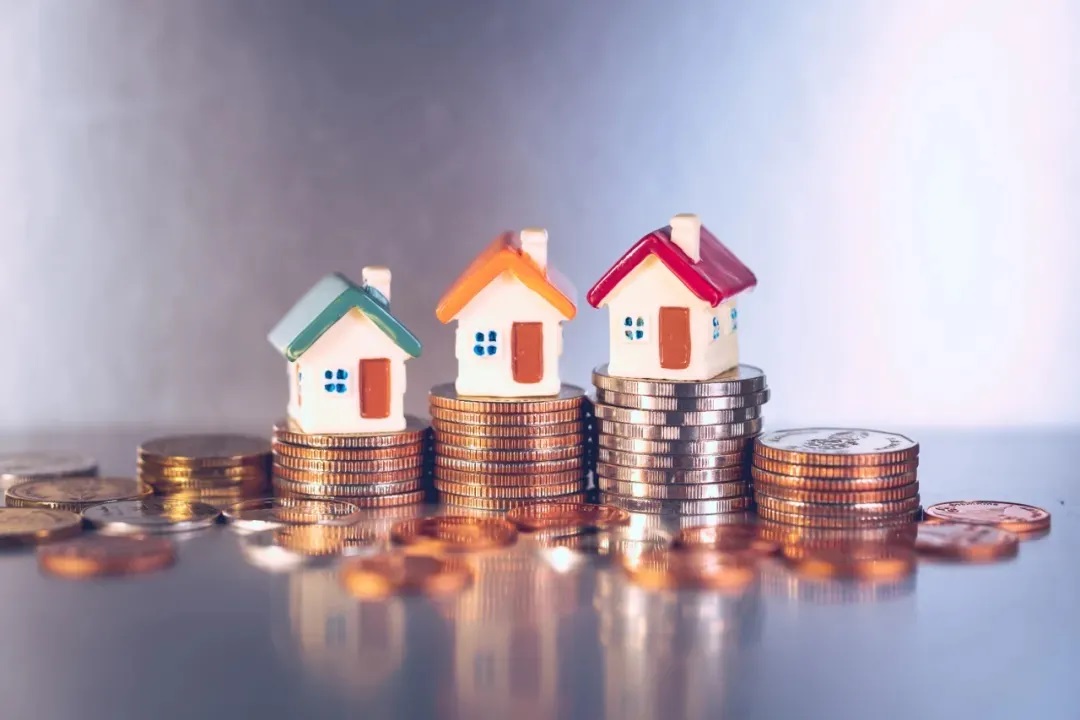 Strictly speaking, the marketization of China’s real estate industry began with the housing reform in 1998 (before which all residential houses were publicly distributed). Following this reform, house prices started rising in Shanghai, and have been rising steadily ever since.

In Beijing, this process began around 2005. However, in Beijing, things took place in a much more abrupt manner, with prices nearly doubling in just a few years. The later the rise, the more scrambling it arouses once the market trend is perceived by many.

Due to industrial development, population migration, and better medical, education and elderly care conditions, first- and second-tier cities have experienced the sharpest increases in house prices.

Shanghai, for example, has a more balanced industrial structure with services accounting for over 70% of its GDP, and its advantages in terms of education, medical services, safety and public utilities were well observed during the pandemic. As a result, the city’s housing market attracts not only local purchasers but those from across the country, which have been driving prices upward.

Shanghai, Beijing and others have adopted their land auction system from Hong Kong, which in turn learned it from the UK. Under this system, the party that gives the highest quotation gets the land. Thus, land prices have kept rising, which in turn has led to higher house prices.

In my view, the development of China’s real estate market in the past 20 years should not be explained in terms of conventional housing market cycles. These cycles involve processes of prosperity, decline, recession and recovery, and the whole process may cover 8-10 years. There are cycles on housing markets everywhere in the world. In China, however, there has not been such a cycle in the past 20 years.

One of the most important reasons housing prices have continued to rise is that we have not simultaneously regulated supply and demand, but have instead focused on demand-side controls, with those on the supply side playing a smaller role. This has resulted in relatively insufficient increases in available land, which have fallen short compared with increases in urban population.

Demand-side control, however, is often only effective in the short term, while long-term mitigation can only be realised through changes on the supply side. Supply-side controls are also more effective in stabilising public expectations, which is an important determinant on which house prices are hinged.

Given that there are no land shortages in Shanghai and Beijing, why not increase land supplies for residential purposes?

Land supply includes that of residential land and commercial/industrial land, and the proportion of residential land supply in China is the lowest amongst major countries. In 2016, residential land accounted for an average of 27% of total urban construction land in first-tier cities in China (the figure was above 40% in New York). Currently, new houses must be purchased through a queuing and lottery system, and are sold instantly as soon they are marketised. Clearly, the land use structure in urban areas still needs to be improved.

Moreover, the current situation is closely related to the GDP-based performance evaluation system for local governments. Commercial and industrial land, for example, can yield continuous tax revenues and GDP growth. However, there is currently no real estate tax in China and taxes have proven to have little impact when piloted in Shanghai due to various policy restrictions concerning its implementation.

In the past decade there has been an imbalance between supply-side and demand-side controls and a shortage of land supply against constantly rising demand. Demand-side controls alone would only buoy public expectations of house prices and those that had not intended to buy, or those who had planned to put off buying, would be jostled into purchasing for fear that new regulatory policies would impose further restrictions on them.

More recently, however, there has been a policy realignment towards a combination of supply-side and demand-side controls. As a result, demand has remained strictly controlled by means of various policy measures, while land supply for residential purposes has also been increased.

How much impact have speculative transactions had on the Chinese housing market?

In the real estate industry, it is extremely difficult to distinguish between investment and speculative house purchases for two reasons: the first is a lack of alternative investment channels; the second relates to traditional Chinese culture, in which home ownership is of great significance (as a result, many families own two or more houses). This cultural emphasis on home ownership is an ideological issue.

The amount of currency in circulation affects the prices of all goods and commodities. At the time of currency issuance, there is no certainty concerning its destination. China’s Consumer Price Index (CPI), however, is actually not very high. Aberrantly high prices for certain goods are mainly caused by supply and demand, and so it is with the real estate properties.

Based on the history of monetary issuance and house prices in many cities in China, the peak growth in the M2 money supply (including cash, checking deposits, and easily convertible near money) does not necessarily coincide with that in house prices. For example, beginning in March 2020, the monthly growth rate of M2 was at 10%, but has since lowered to 8.3%. House prices, however, have remained stable over the past year and did not start to rise dramatically until recently. What is more, house prices in some cities have even fallen. Obviously, this cannot be ascribed to the over-issuance of currency.

In reality, increasing land supply appears to be a complicated matter

As previously mentioned, in recent times, land has been supplied by means of auction, where those who submit the highest bid get the land. This has pushed up land prices and resulted in a cohort of ‘land tycoons.’ Earlier this year, the Chinese Minister of Natural Resources stated that residential land in key cities shall be supplied via collective announcement no more than three times each year. The main purpose of this policy is to stabilise house prices by stabilising land prices.

The first collective lease announcement of residential land was recently issued in Shanghai, including 52 lots in total. The new bidding rules are mainly as follows: the starting price, the break-off price and the highest price should be set appropriately under an interactive mechanism between land and house prices. If all quotations are less than the break-off price, the party that offers the highest quotation will win; if they are higher than the break-off price, all the bidders shall enter a round of offering in writing, in which quotations should be capped at the highest price, and the bidder whose quotation is closest to the average price in this round shall be the winner. For this batch of land lots, the highest price was set at around 110% of the starting price. This may serve to effectively cap land prices.

In 2017 the Chinese government introduced a policy stating that cities with acute imbalances between supply and demand should increase the supply of land for housing, especially for common residential housing purposes.

In Jiangsu and Zhejiang Provinces, for example, medium and small developers have swarmed into third- and fourth-tier cities due to the difficulty of land acquisition in first- and second-tier ones. This has led to massive increases in land prices, posing a constraint on the integrated development of the Yangtze River Delta. The Yangtze River Delta is the most ideal location for marshalling industrial resources, and the rise in land prices will push up industrial costs there.

In the future, the prescription of land lease policies should be connected with the demographic, industrial and commercial indices of cities, subject to dynamic adjustments and monitoring. Land supply, especially for residential purposes, should be increased in cities with population inflows, and reduced in those with population outflows. In addition, the indices for the supply of residential land can be adjusted at a national level.

Currently, many cities and provinces have established their ‘red lines’ for land supply, which has restrained amount of land controlled by the central government. Local governments, however, lack the ability to co-ordinate land resources cross-regionally. Therefore, co-ordination needs to be realised at the national level.

The real estate sector still plays a vital role in economic growth. At the beginning of last year, the outbreak of the epidemic had a significant impact on the sales of real estate properties, yet they rebounded in the months that followed. Investment in the real estate sector has a high resilience compared with the infrastructure and manufacturing sectors, and plays a major role in stabilising the economy.

However, we need to see the hazards associated with house prices. On one hand, high house prices can sap the economy of its development potential. As land is an indispensable element of all economic activities, a rise in land prices would mean higher costs all around. At the same time, high house prices can exacerbate the wealth gap and become the cause of many social problems.

These days, there is a popular catchphrase describing the tendency of young people to stop striving and ‘lay back.’ Such a mentality is directly attributable to high house prices. If house prices were low or relatively stable, young people would be more confident in striving for the future and there might not be such a phenomenon.

In the long term, increasing house prices must be kept below that of per capita income. Therefore, the policy that “house prices, land prices and public expectations must be stabilised” and “houses are for living in, not for speculation” must be adhered to. The housing market cannot be used to trigger short-term economic growth. Against the impact of COVID-19, the Chinese economy experienced rarely seen negative growth, yet the government has avoided using the real estate sector to galvanize the economy.

The current overarching direction for the control of the Chinese real estate sector is correct, but time is needed to absorb and address the problems that have been accumulated in the past 20 years. A focus on regulation and control must go in tandem with an emphasis on the development of the real economy. Meanwhile, boosting income levels would help contribute to the healthy and sustained development of China’s housing market.

Sheng Songcheng is an Adjunct Professor of Economics and Finance at CEIBS. For more on his teaching and research interests, please visit his faculty profile here.