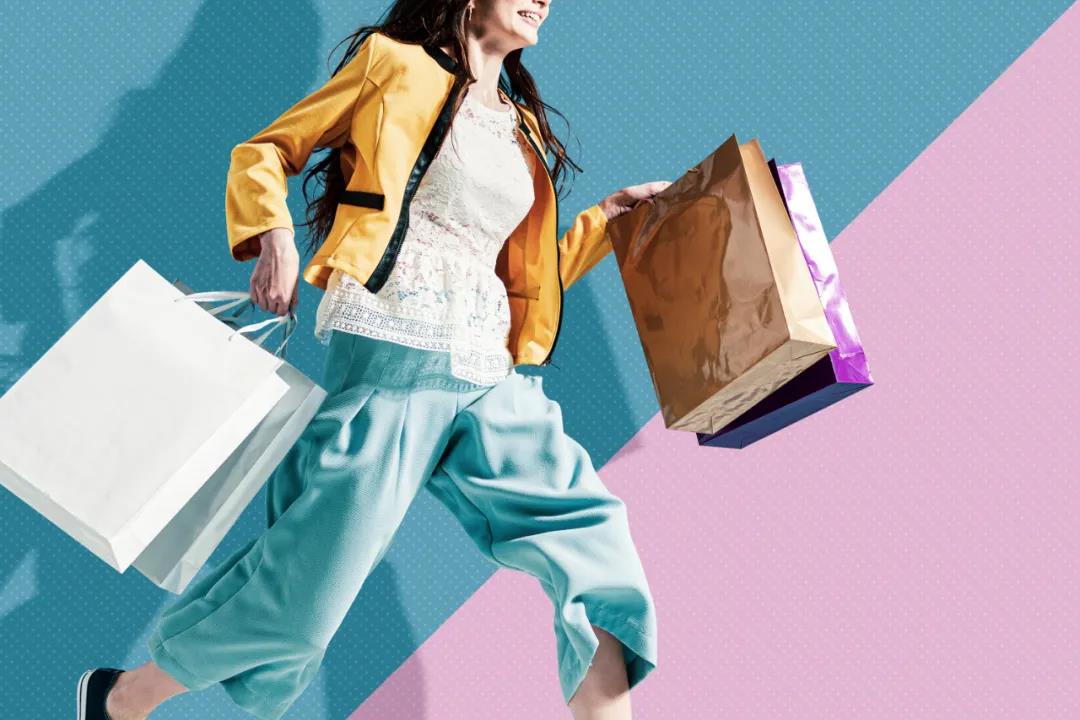 This May marked China’s fifth annual China Brand Day. The aim of the initiative has been to aid in a shift from ‘Made in China’ to ‘Created in China,’ from ‘China Speed’ to ‘China Quality,’ and from ‘Chinese Products’ to ‘Chinese Brands.’ Since its launch, China's consumer market has undergone a transformative change. In that time, Li-Ning (with its signature Chinese elements) has landed at New York Fashion Week, while new Chinese brands such as Perfect Diary, Florasis, Saturnbird Coffee and others have also come up with a dazzling variety of innovative marketing strategies. These changes, along with the mass popularisation of Chinese brands (aka the ‘China Craze’), have been driven by the convergence of trends in manufacturing, supply chains and consumption.

Reshaping the consumption forces behind the ‘China Craze’ boom

The ‘China Craze’ has become a trendy topic recently. However it is defined, or whatever the reasons behind it, it is important to identify the groups who need these brands (i.e. their consumers). The answer is quite clear: As those born in the 1990s and the 2000s (i.e. those who have grown up with the internet, MP3s, smart phones and tablets) have matured, they have become a dominant force in the market. So, how do these people, commonly known as ‘Generation Z’ (or ‘Gen Z’), differ from previous generations of young people?

First, they have stronger spending power.

Generally, these young people have their own sources of income, or enjoy support from their families. Therefore, they have plenty of spending power – even more than that of older generations.

Compared with older generations, Gen Z has been exposed to both Chinese and imported brands from birth. For them, foreign brands such as KFC, McDonald’s, L’Oréal and Nike are commonplace in their lives. Therefore, they do not admire those international brands as their predecessors do.

As a result of their improved spending power and material affluence, Gen Z focuses more on satisfying their own individualistic demands through consumption. Compared with their parents and grandparents, they are more confident, more independent in their judgements and demand better quality. They also attach more importance to individualistic expression in their consumption habits, and desire exclusive items.

The bellwether of global fashion – so what?

Gen Z is taking centre stage, with more confidence, more assertiveness and more savviness about investing in themselves. They are now deciding both the present and future of the Chinese consumer market (which, in turn, plays a decisive role in the world economy). Moreover, brands that cater to and satisfy the demands of Gen Z will gain an early advantage in the market.

Chinese brands are now riding the crest of the Gen Z wave and are well-positioned to perceive and react to their unique demands. Li-Ning, the progenitor of the China Craze, is taking the lead. With a unique blend of Chinese style and sporty fashion, it struck a distinctive impression during its debut at New York Fashion Week in 2018.

In a market dominated by international sportswear brands such as Nike and Adidas, Li-Ning has voiced the confidence and individualism of young people with its China style. Li-Ning’s success has inspired other brands too, including ANTA and Feiyue, who have subsequently launched products to meet the needs of the new generation of consumers.

Face value is everything: Breaking through with perceptual value

Fortunately, many international brands have grasped this opportunity just in time. So, what have they gotten right?

Longitudinal differentiation theory stresses that quality must be the top priority of products, while horizontal differentiation stresses that products must be informed by their particular brand individualities. If products are developed only with rational considerations in mind, consumers will no longer purchase them after their functional demands are met and sales of these products will stall. Perceptually, however, consumers have many inner desires that need to be met. As such, driven by a preference for novelty, the sales of a product can be virtually uncapped.

As it turns out, Gen Z happens to be the group with the greatest need for perceptual gratification. For this group, face value is everything. What they look for in products are individuality, fashion, fun and stories, areas where Chinese brands outflank international ones with ease. For example, although L’Oréal delivers unquestionable product quality, it does not tell any unique stories. In comparison, Chinese cosmetics brand Florasis markets one of its products around a story about an ancestral lock that a grandmother passes on to a mother. Similarly, another Chinese brand, Perfect Diary, assigns new shapes and forms to different lipsticks. These are both examples of how to cater to the perceptual needs of Gen Z.

Nestle has gone a long way in shaping coffee culture in China, and its combination of coffee and Coffee Mate used to be a popular gift. Nowadays, however, it has ceded dominance to Saturnbird, a rising Chinese coffee brand. Is it because Saturnbird tastes better? The answer may vary, but Saturnbird has increased the charm of coffee with a pinch of fun. Specifically, it sells itself as “being soluble in any liquid in three seconds” (including hot or cold water, soda or coconut water) and is better suited to the aesthetic preferences of young people.

The rise of the China Craze: Just in time

Both the supply and demand sides of China’s consumer market are changing. This change, however, is not just the result of branding alone, and must be based on powerful hardware support.

As a result of more than 40 years of opening up, China has become a ‘super factory’ for many major international brands. Furthermore, over the years, many industries have evolved into full industrial chains extending upstream and downstream, and some of them have even formed powerful industrial clusters. As a result, when Chinese companies conceptualise and design new products, they can also turn them into reality. Although Chinese brands will not necessarily outperform international ones, they can get close enough.

As another example, Chinese electric toothbrush brand APIYOO has adopted the image of Pikachu, a character which is attractive to young people. At the same time, it is beating leading international brands in terms of quality. Philips, for example, is well-known international brand, yet many of its products have been manufactured by Chinese factories. By sharing a supply chain with Philips, APIYOO is able to produce high quality electric toothbrushes. At the same time, it is able to market itself at scale. Both of these capabilities are based on the existence of a highly developed industrial cluster.

Another prerequisite for the rise of Chinese brands is the development of the internet. On the one hand, flourishing e-commerce is changing the traditional ways of marketing. In the past, a manufacturer could not market its products by itself and had to rely on different marketing channels, such as supermarkets and department stores (which are themselves highly expensive). Today, manufacturers can circumvent these channels and sell their products directly to consumers via e-commerce, namely in the mode of DTC (directly to consumers).

At the same time, in the age of the mobile internet, new ways of marketing have taken shape on social media. In the past, small enterprises could never afford the advertising expenses incurred by multinationals such as P&G and Coca-Cola. Nowadays, however, Chinese enterprises can reach customers directly and improve sales by way of social media and live-streaming without having to invest heavily in expensive plans brainstormed by advertising companies.

Although international brands have begun to adjust their strategies and turn their attention to social platforms such as Douyin (Tik Tok), they are still somewhat on the defensive. It has been calculated, for example, that there are more than 60,000 publishers on Xiao Hong Shu (Little Red Book), a popular Chinese lifestyle app. Many of them are key opinion leaders (KOLs) and key opinion consumers (KOCs) that exert influence by analysing product functionality, posting pictures and sharing their experiences. Similar innovative tactics have been widely adopted by brands on other Chinese platforms which are capable of reaching out to a broader range of young Chinese consumers in a more direct manner.

A ripple, not a storm

The rise of Chinese brands has not been an accident. On the manufacturing side, there are rich industrial clusters in China; on the market side, enterprises can push their products effectively through e-commerce and social media channels to consumers.

Another shared characteristic amongst newly emerging Chinese brands is that they do not simply progress from 0 to 1. Instead, they are carving out their niches on markets that are already mature and which are already at the nth order of magnitude. In a highly mature industry, no one enjoys a significant technical advantage over others, and it is not easy to break the ceiling further. In fact, for Chinese brands which have closed in on international leaders, small improvements do not make much sense because the value increment is itself marginally decreasing.

That said, these brands do not intend to replace their leading international peers. What they are doing instead is cutting into a segment of a market that is already mature, and taking a portion by way of differentiation. APIYOO is not intended as a substitute for Philips, nor is Perfect Diary a substitute for L’Oréal. Their penetration is far below those international brands, yet their growth is astonishing.

Of course, the products sold by Chinese companies must be of sound quality, as this is the bottom line for all new brands. The zeal consumers have for Chinese brands is only one of the factors that drive young people’s purchases of their products. They subscribe to these brands because these brands understand them and they appeal to their likings. Yet, meeting these perceptual demands is also a great challenge since consumers are likely to prefer novel products than existing ones. For example, a hit product today may be cast into oblivion tomorrow.

Therefore, for all Chinese brands, maintaining their vitality with new products is something they must be able to address. Once they have been established, they must constantly keep up with the latest trends. Amidst the comings and goings of the China Craze, they need to constantly come up with new hits and identify promising products through trial and error. This will be the test for Chinese brands in the long run.

Wang Gao is Associate Dean (Executive Education), Baosteel Chair in Marketing and a Professor of Marketing at CEIBS. For more on his teaching and research interests, please visit his faculty profile here.