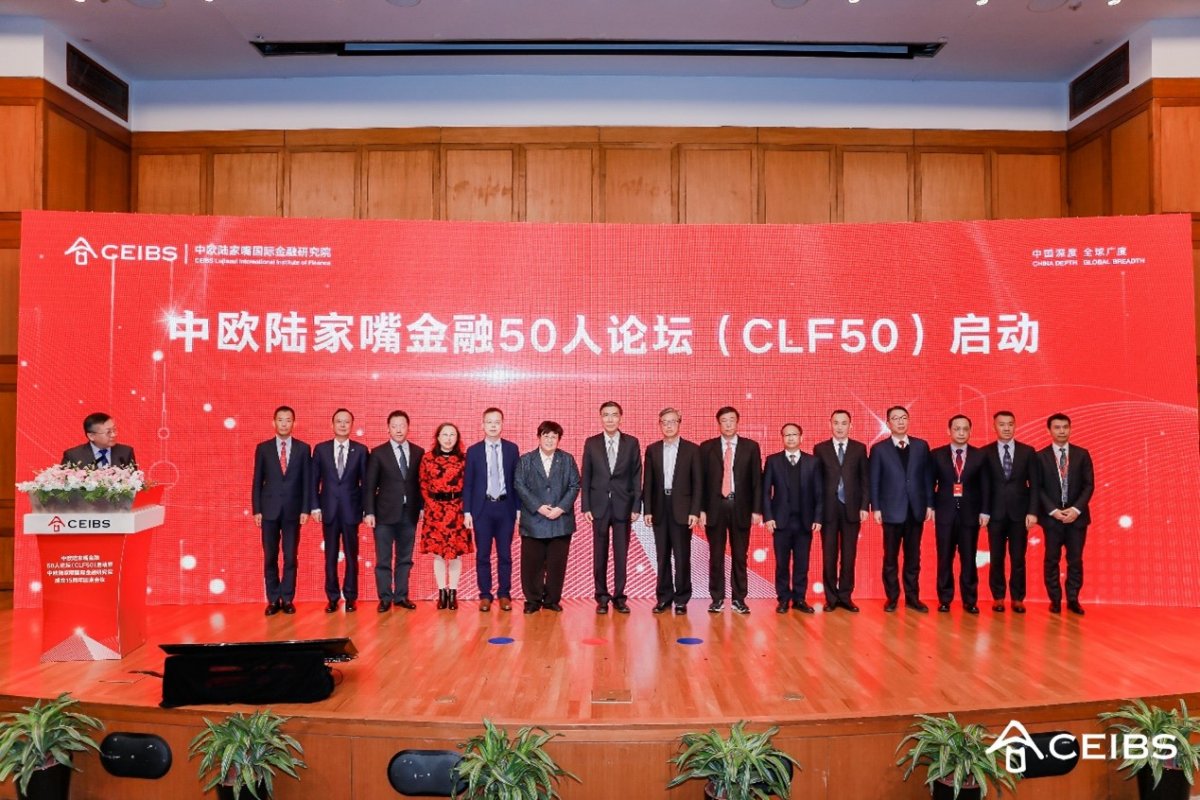 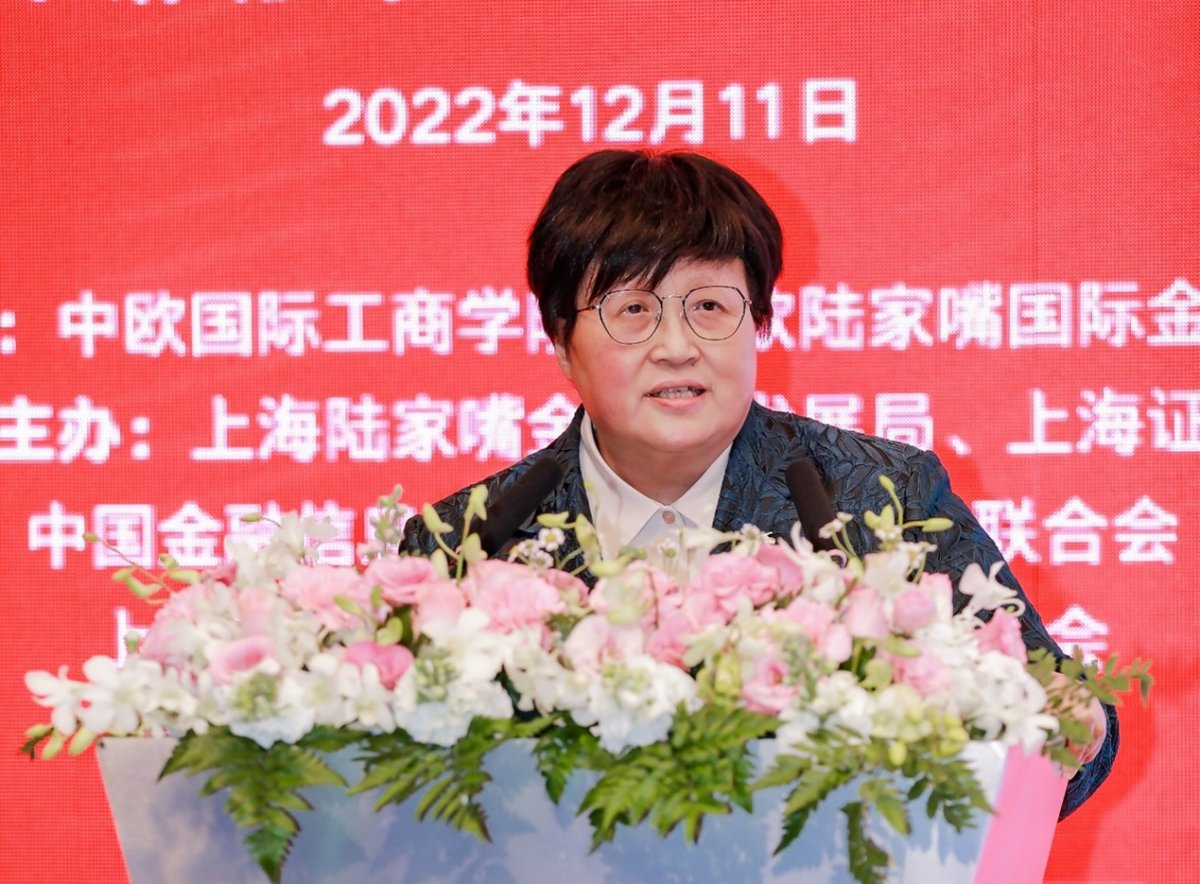 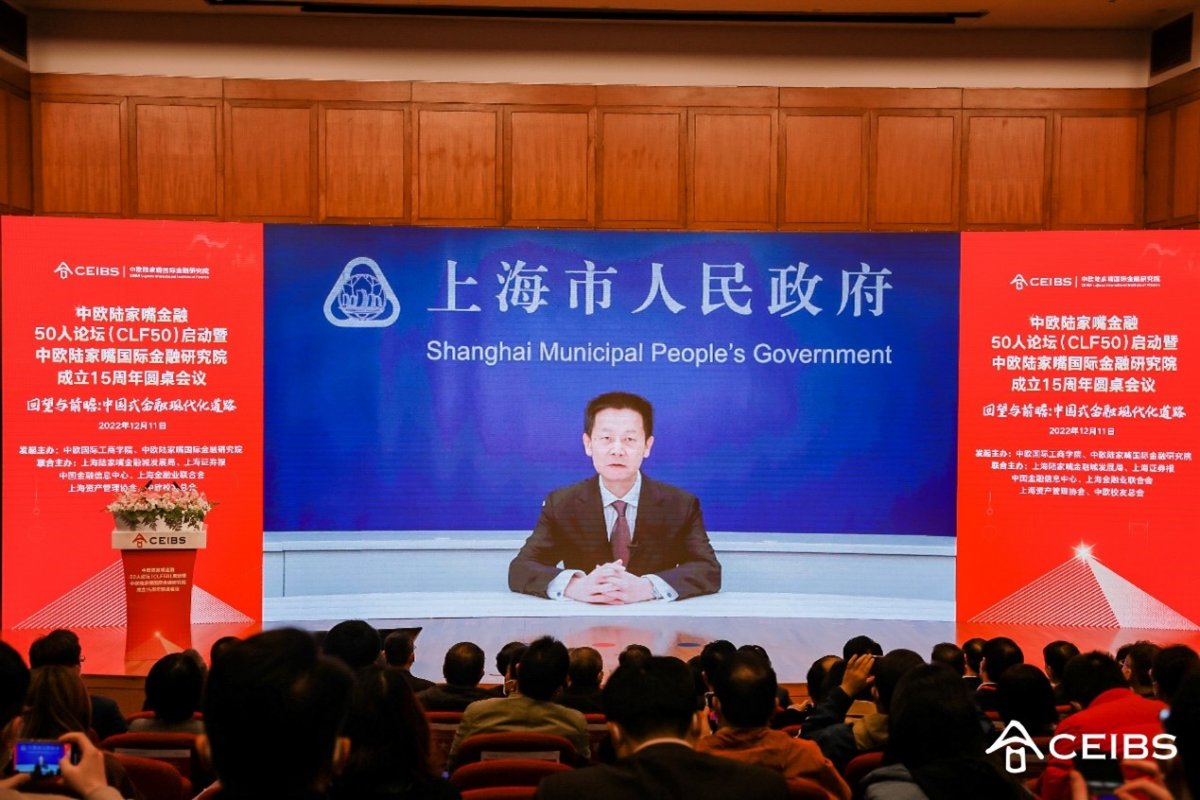 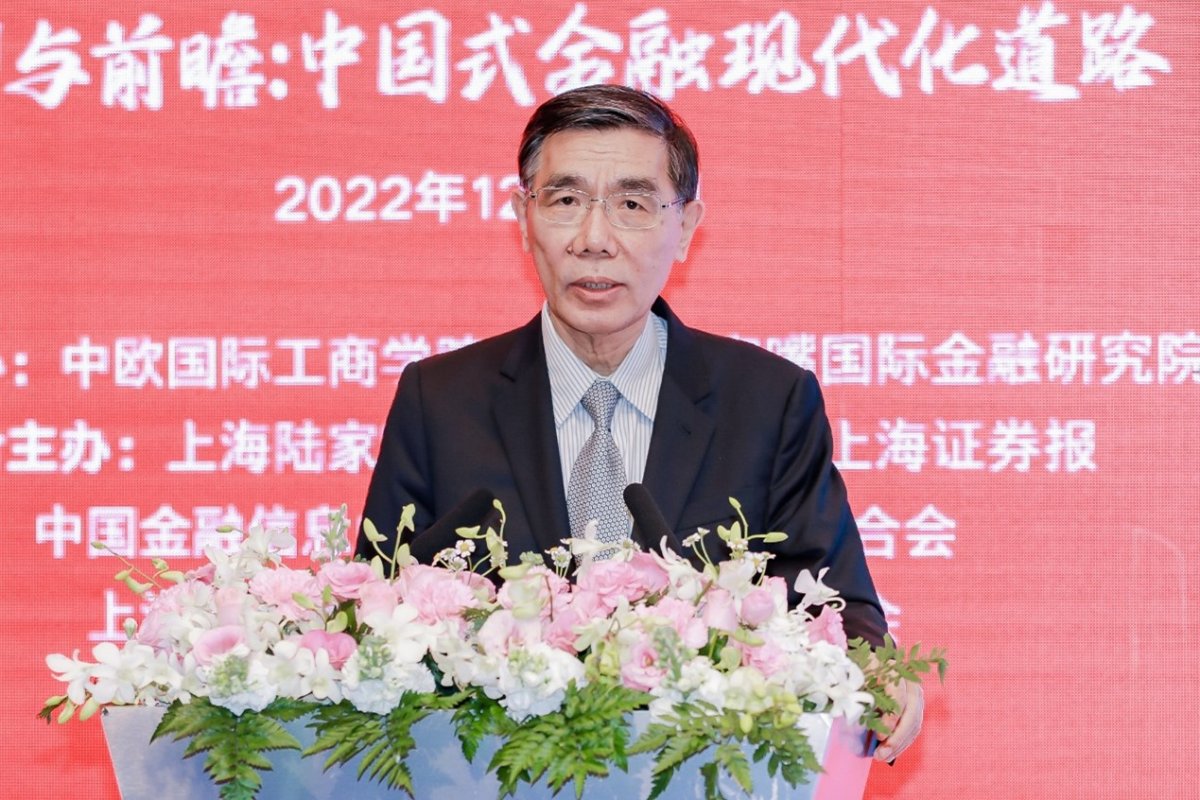 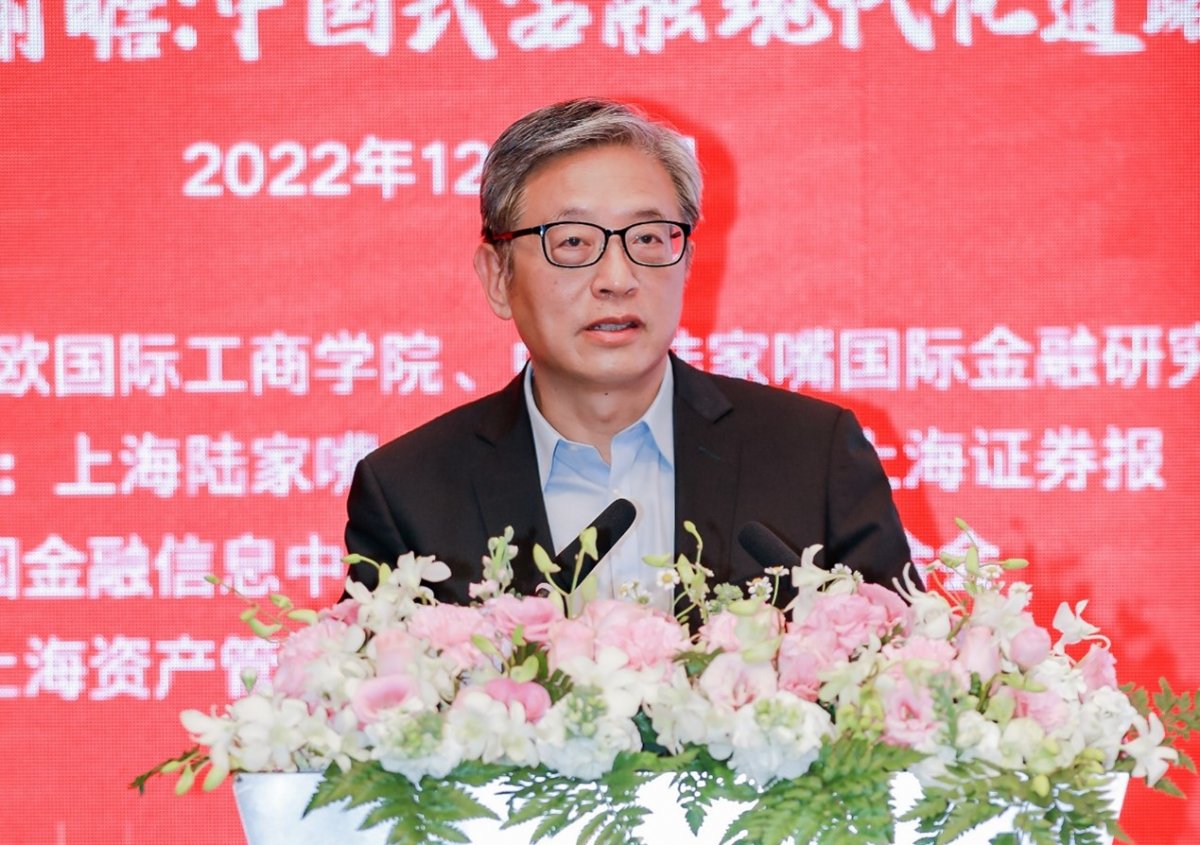 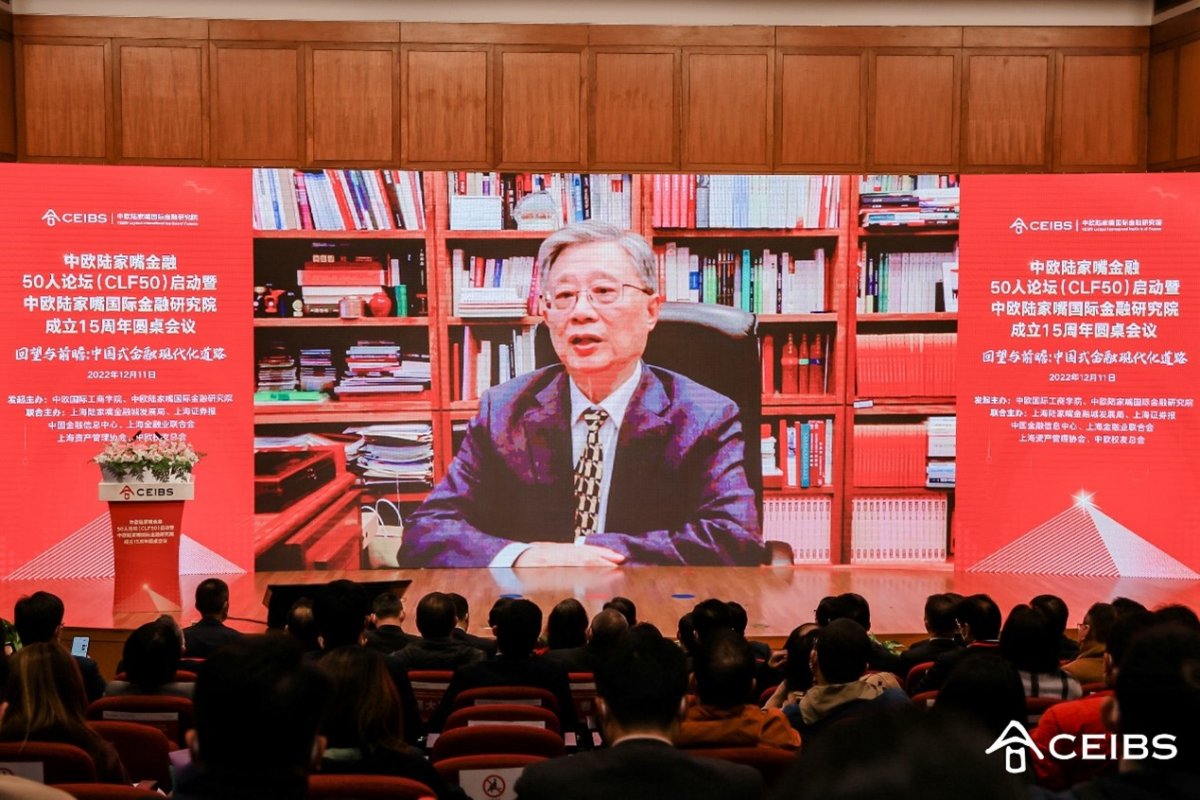 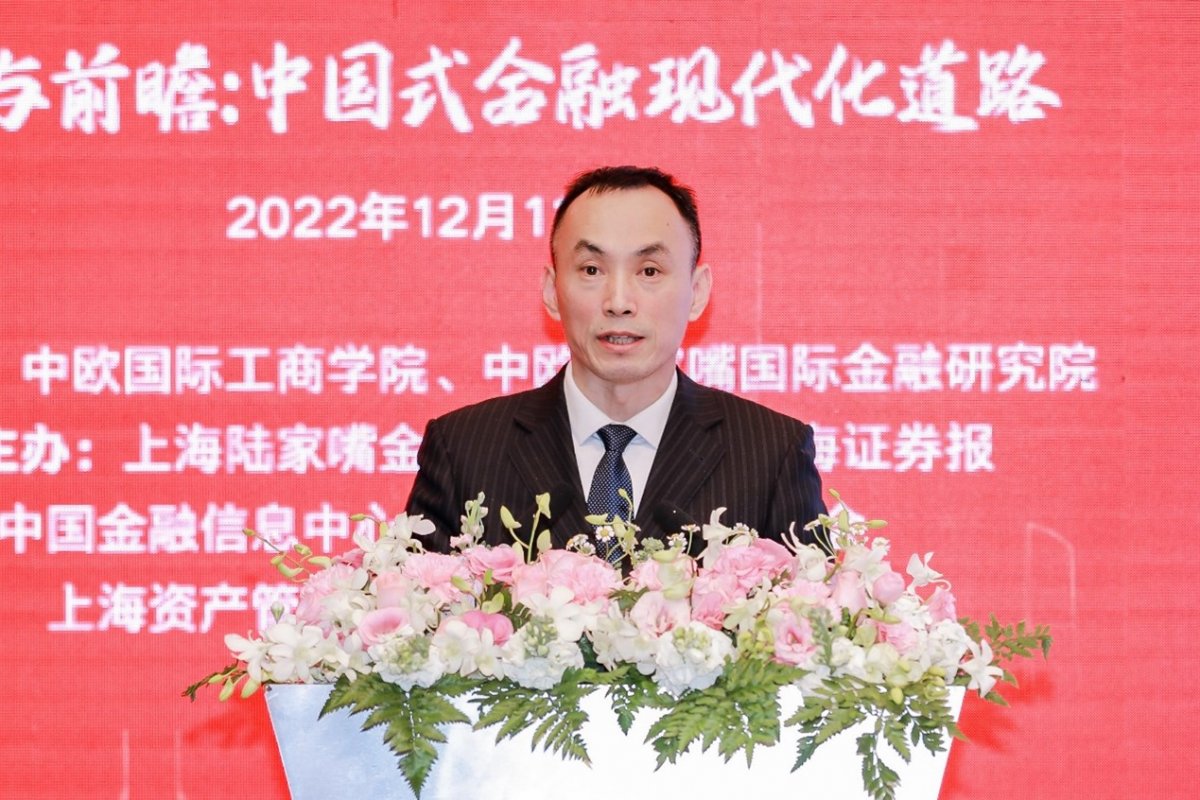 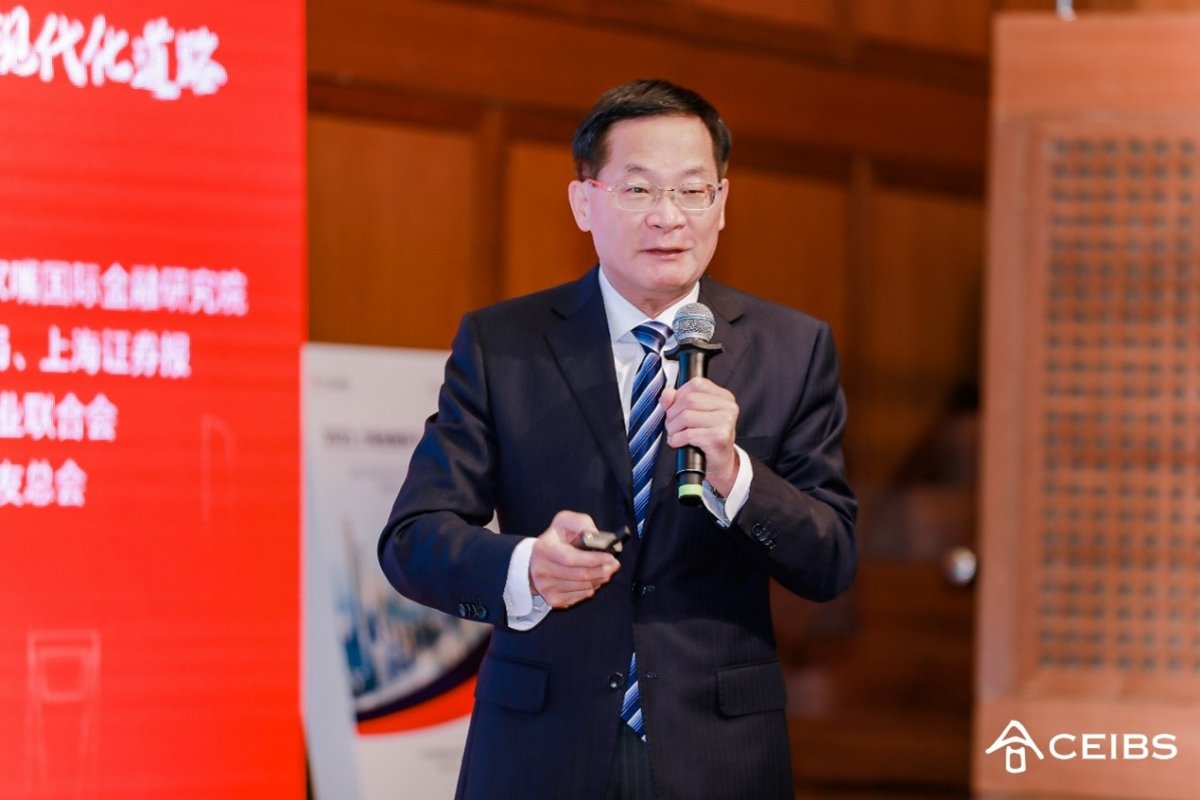 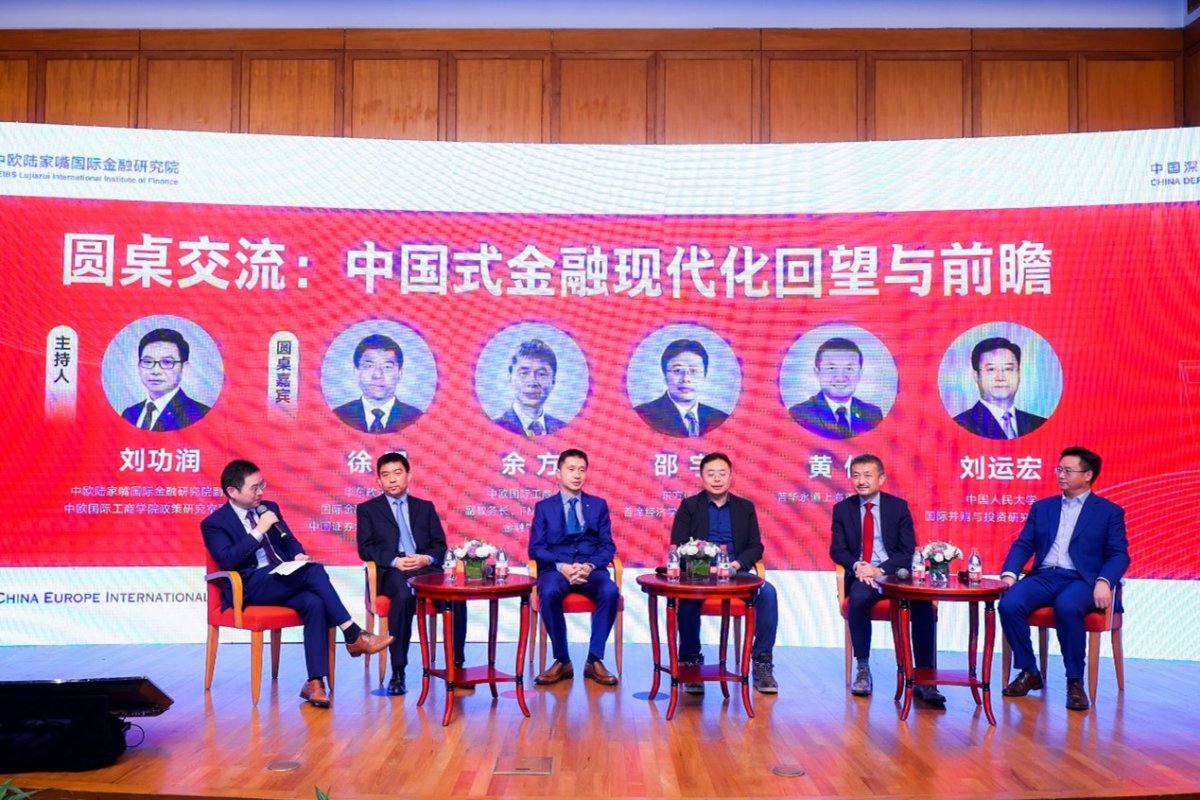 Attended by both academics and business leaders, the event inaugurated a new academic exchange platform CLF50 aimed at facilitating greater transformation of Shanghai into an international financial centre.

In her welcome address, CEIBS President Wang Hong reviewed the development journey of CLIIF over the past 15 years and stated that, since its inception, the institute has played an important role in Shanghai’s strategic development.

Speaking via an online video, Shanghai’s executive vice-mayor Wu Qing said, “As a financial think tank founded by a world-renowned business school, CLIIF has made great achievements in research, decision-making and industry exchange over the past 15 years, and has contributed to the development of Shanghai as an international financial centre and the economic and financial development of China.”

CLIIF Director and Former ICBC Chairman Jiang Jianqing then stated that China’s financial reform should aim to serve the people and enhance their happiness and wellbeing.

Former executive vice-mayor of Shanghai and executive director of the Shanghai Advanced Institute of Finance at Shanghai Jiao Tong University Tu Guangshao also offered some perspectives on the relationship between Chinese and global modernisation and Chinese financial modernisation, as well as China’s current financial outlook and financial reforms.

Also speaking via a video message, CEIBS President Emeritus and former President of CLIIF Zhu Xiaoming noted that CLF50 marked another innovative move by both CEIBS and CLIIF.

“I hope that the newly established institute can stay true to its mission and dedicate itself to research,” he said.

Director of the Lujiazui Administration of the Shanghai Free Trade Zone Xiao Jian said that Lujiazui will continue to promote the opening up of the financial industry and the innovation of financial products, facilitate the internationalisation of the RMB, strengthen international financial exchange and cooperation, and optimise and stabilise the global industrial and supply chain to serve the real economy.

CEIBS Adjunct Professor of Economics and Finance Sheng Songcheng further pointed out that the Chinese central bank’s structural monetary policy has helped alleviate the effects of the COVID-19 pandemic from the supply side by promoting the resumption of work and production, and cutting taxes and fees for enterprises, whilst promoting economic transformation and development.

The event also featured a roundtable discussion where panellists shared views on the past and future outlook of China’s financial modernisation.