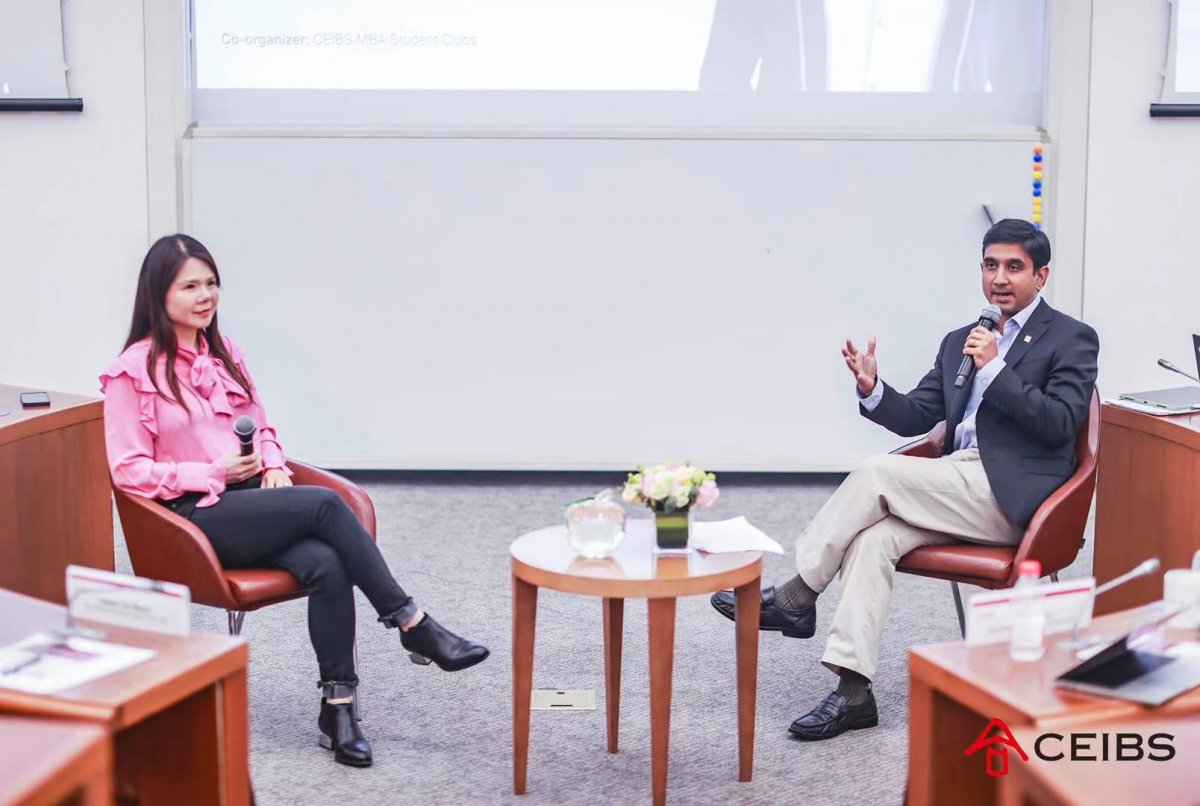 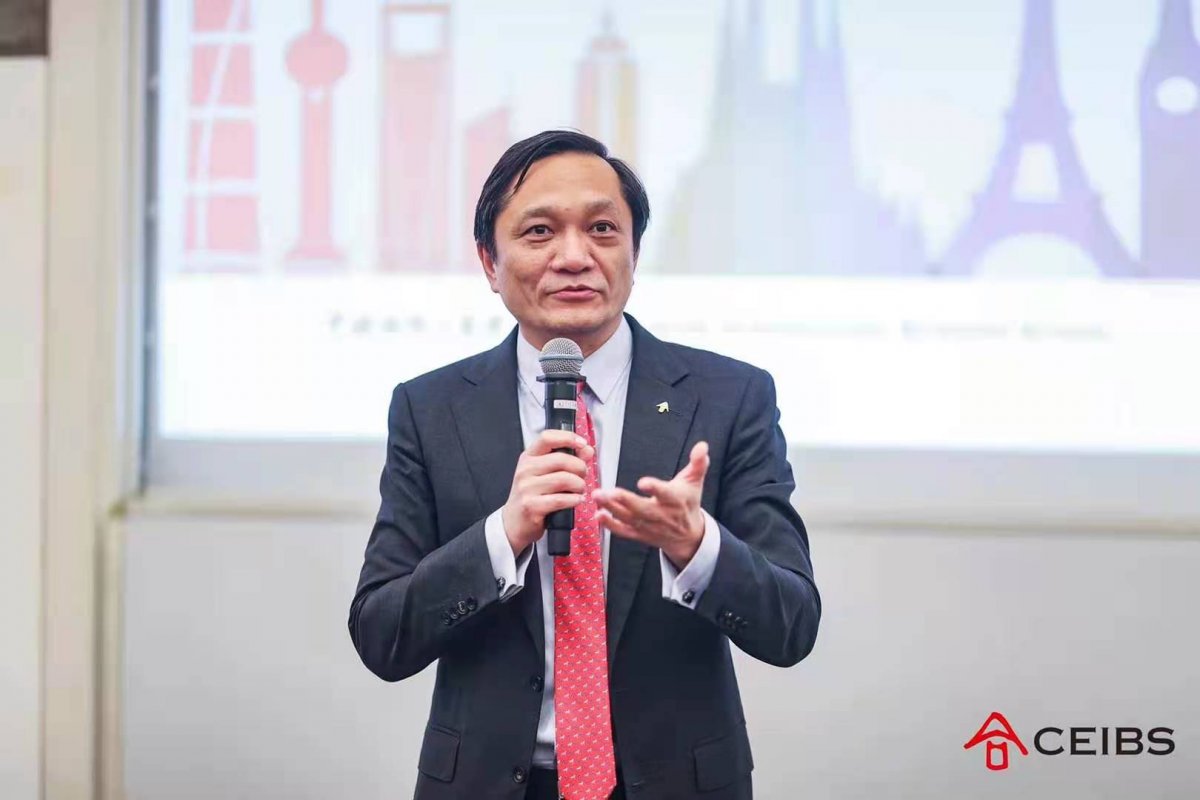 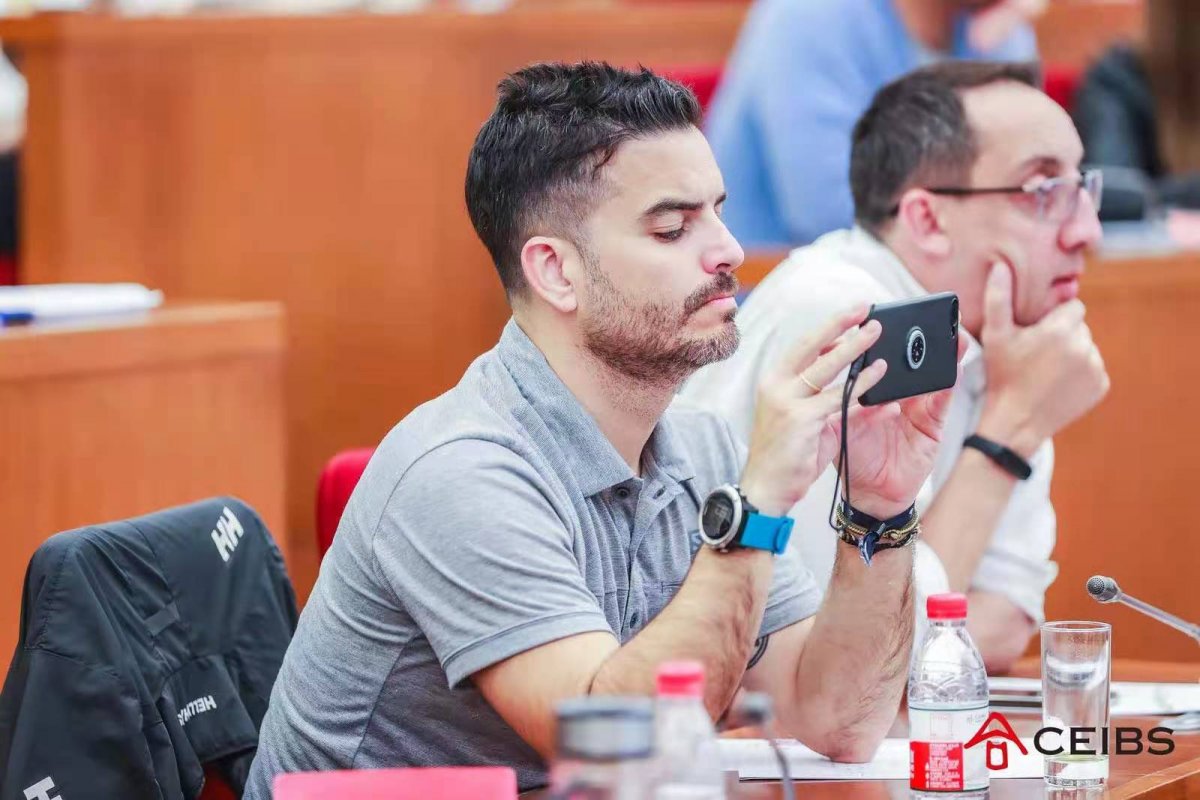 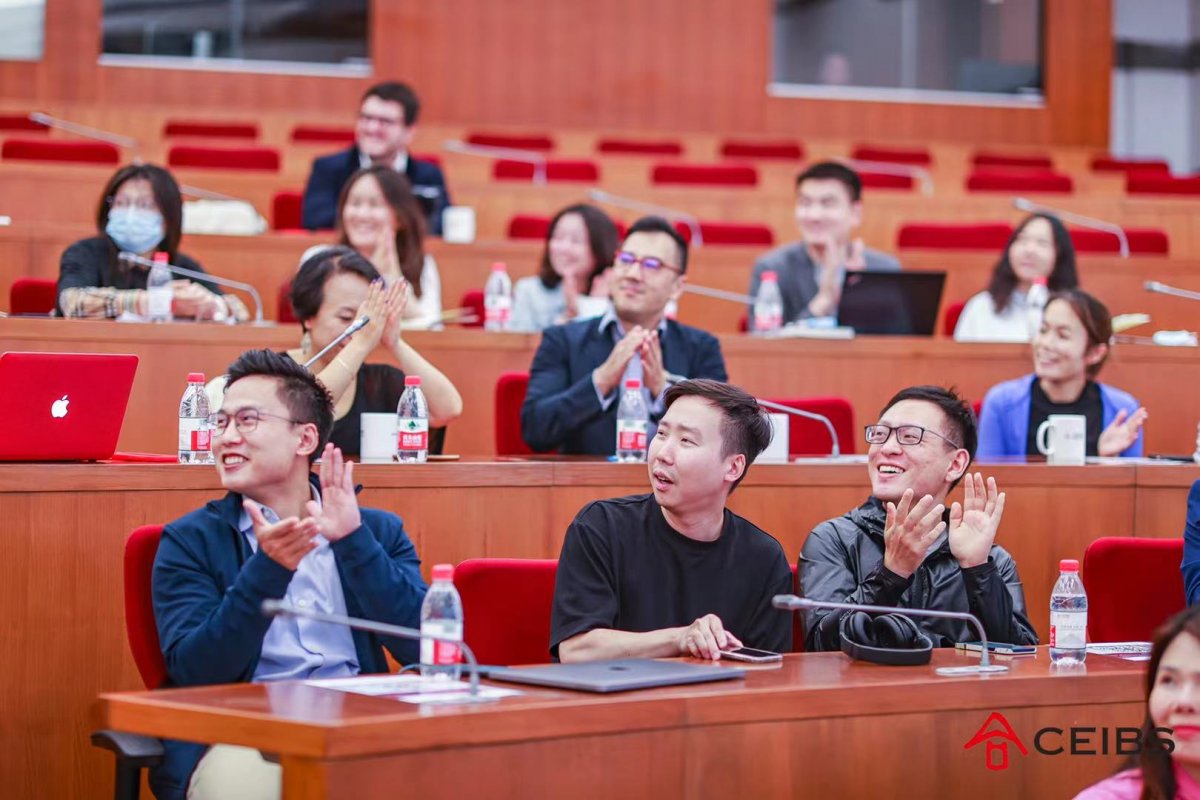 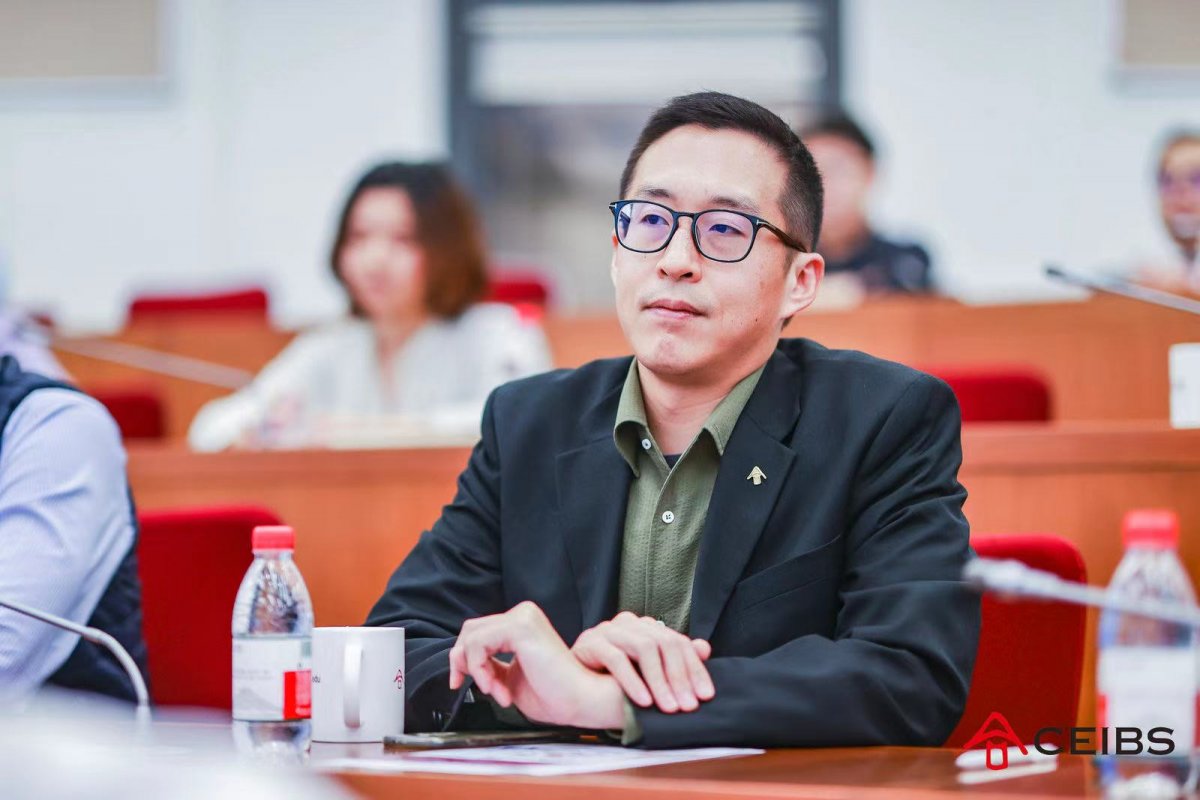 April 29, 2021. Shanghai – CEIBS Shanghai campus welcomed Apple Vice President and Managing Director of Greater China Isabel Ge Mahe this evening to share her insights with a large on-site audience and hundreds of others online on the theme of Leadership in a Changing World: Innovation, Inclusion and Diversity, and Being a Good Corporate Citizen.

The event – which took the form of fireside chat – was co-organised by CEIBS MBA Student Clubs and was moderated by CEIBS Associate Dean and MBA Programme Director Shameen Prashantham.

During the event, Isabel first shared the story of how she was recruited personally by Steve Jobs as Apple’s VP of wireless technologies in 2008.

“It was Steve who enlightened me and made me realise that if I truly want to make a big impact in this world, I needed to take the step and be willing to join companies like Apple,” she noted.

Isabel became Apple’s VP and Managing Director of Greater China in 2018. As a participant in China’s recent (and rapid) economic development, Isabel said that what has impressed her the most about the country is its spirit of innovation, fearlessness and fast pace.

When the App Store first launched in 2008, for example, it quickly attracted many developers in China.

“And now we have over 3 million registered IOS developers in China,” Isabel said. “It is a huge community we’re helping to cultivate.”

As a company noted for its ingenuity, Isabel attributes Apple’s innovative ability to both its culture of welcoming open discussion and to the do-anything attitude of its employees.

When asked about her definition of success, Isabel said that success can be assessed by whether you feel you’re making an impact in the world, whether it is career-wise or in your family.

“When I’m in my 70s or 80s, I’ll value more what legacy I leave to my children rather than thinking about what kind of career I’ve had,” she added.

A firm supporter of education, Isabel offered a heartfelt congratulation to students in the audience that have taken the decision and the time to pursue their MBA at CEIBS.

“At Apple, we believe education is the best equaliser,” she said.

She also encouraged the audience to “think about how you’ve come this far and what you could also do to give back so that more people could have the opportunity to pursue higher education.”

“It’s something that I truly believe in. And I hope all of you that once you find your mission in life, you’ll also still remember to give back. You’ll be happier (by doing so),” she concluded.