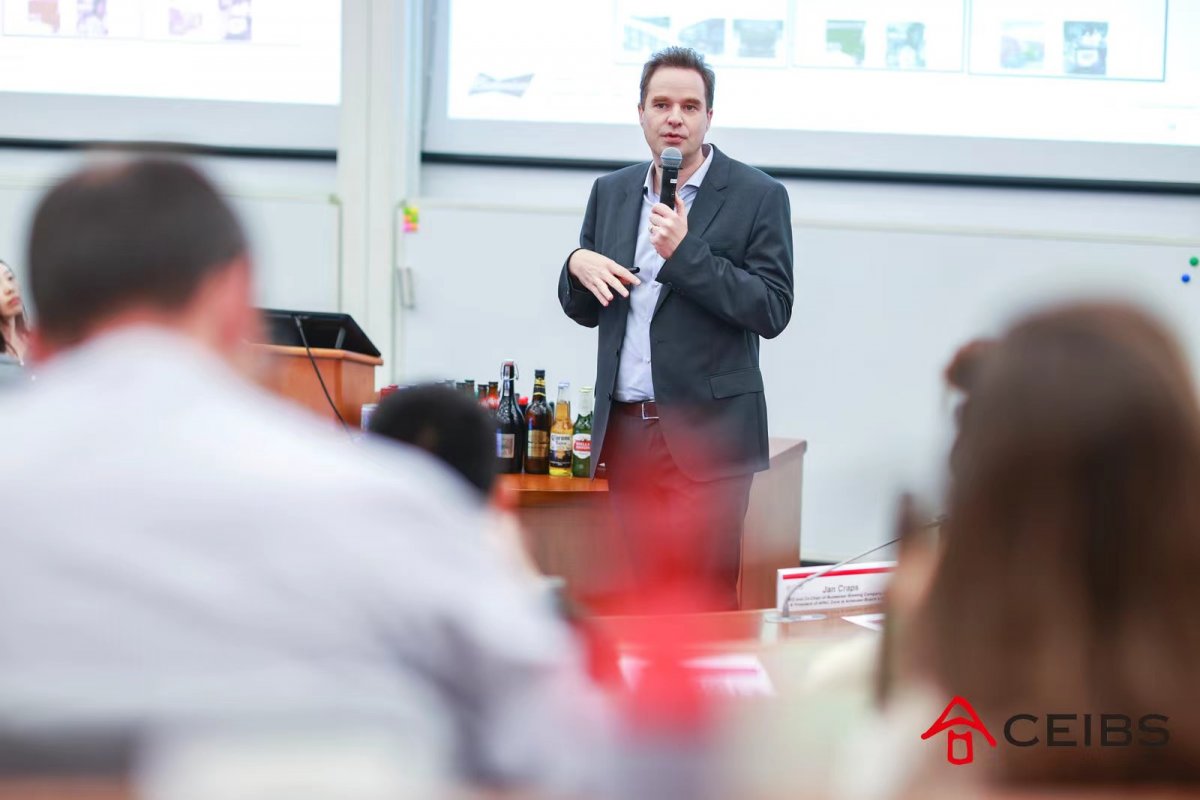 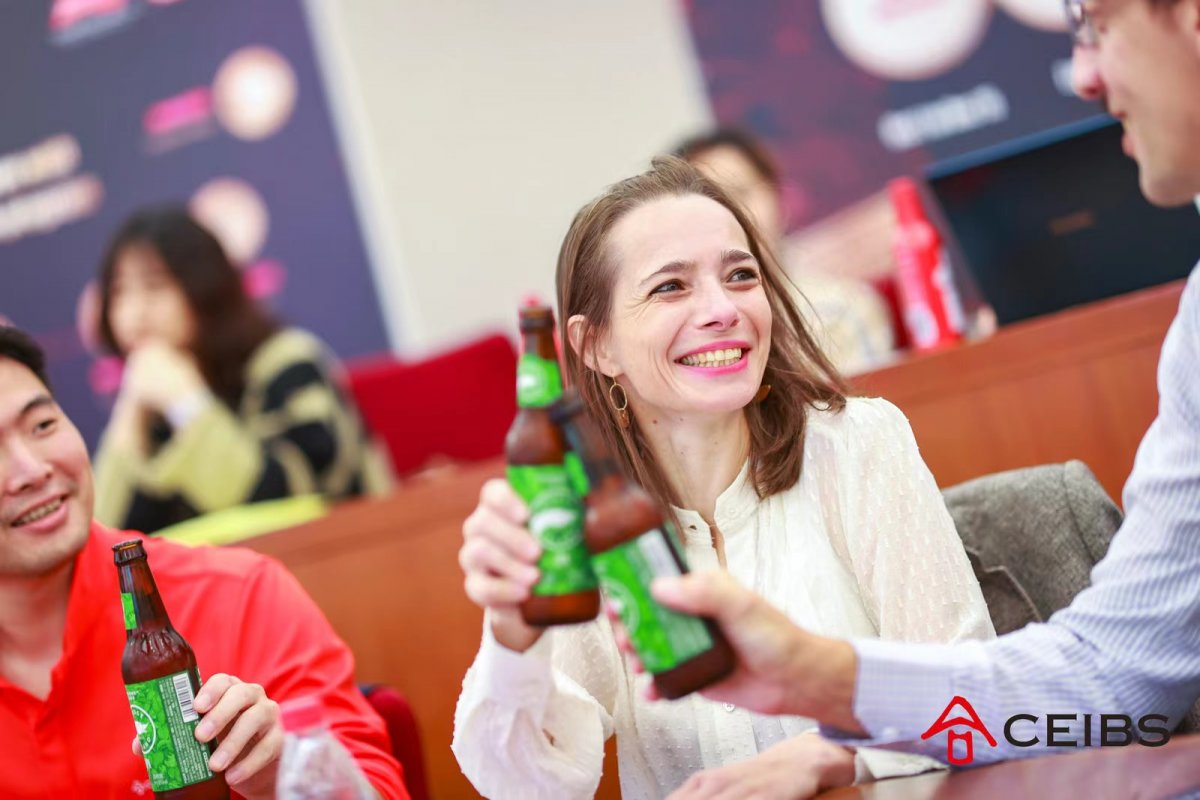 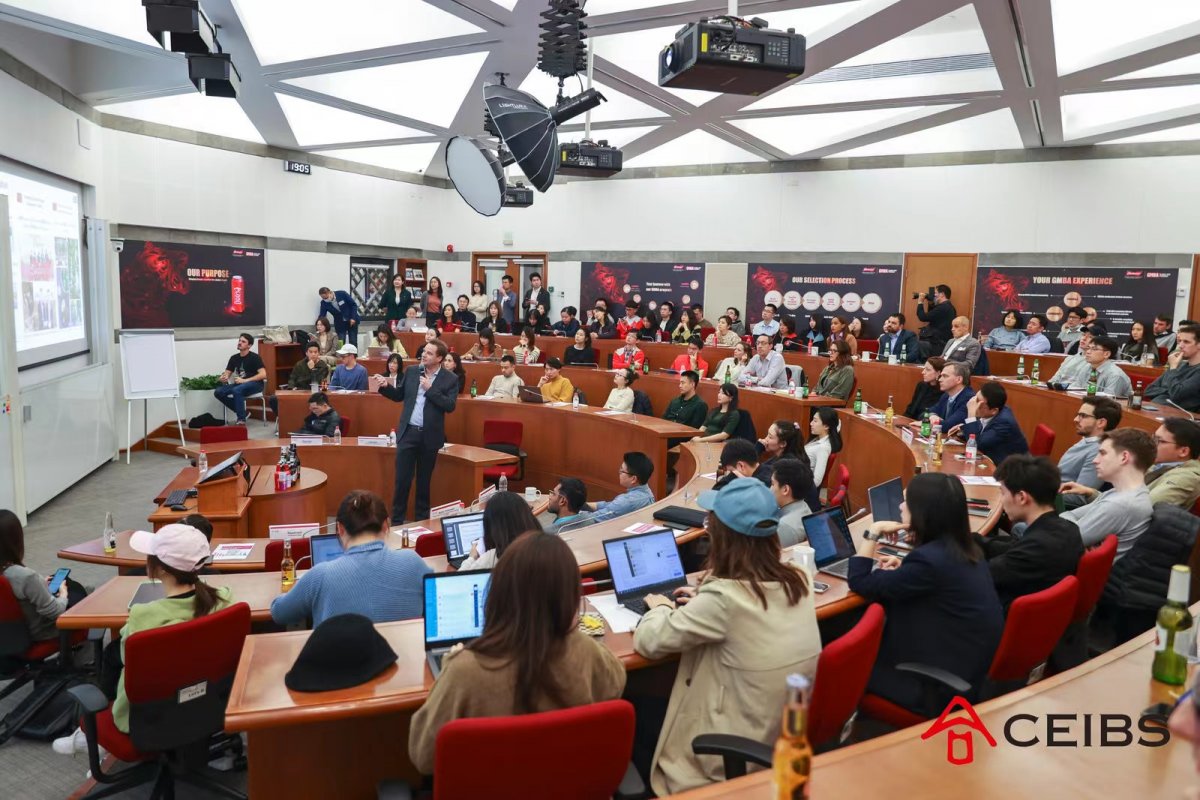 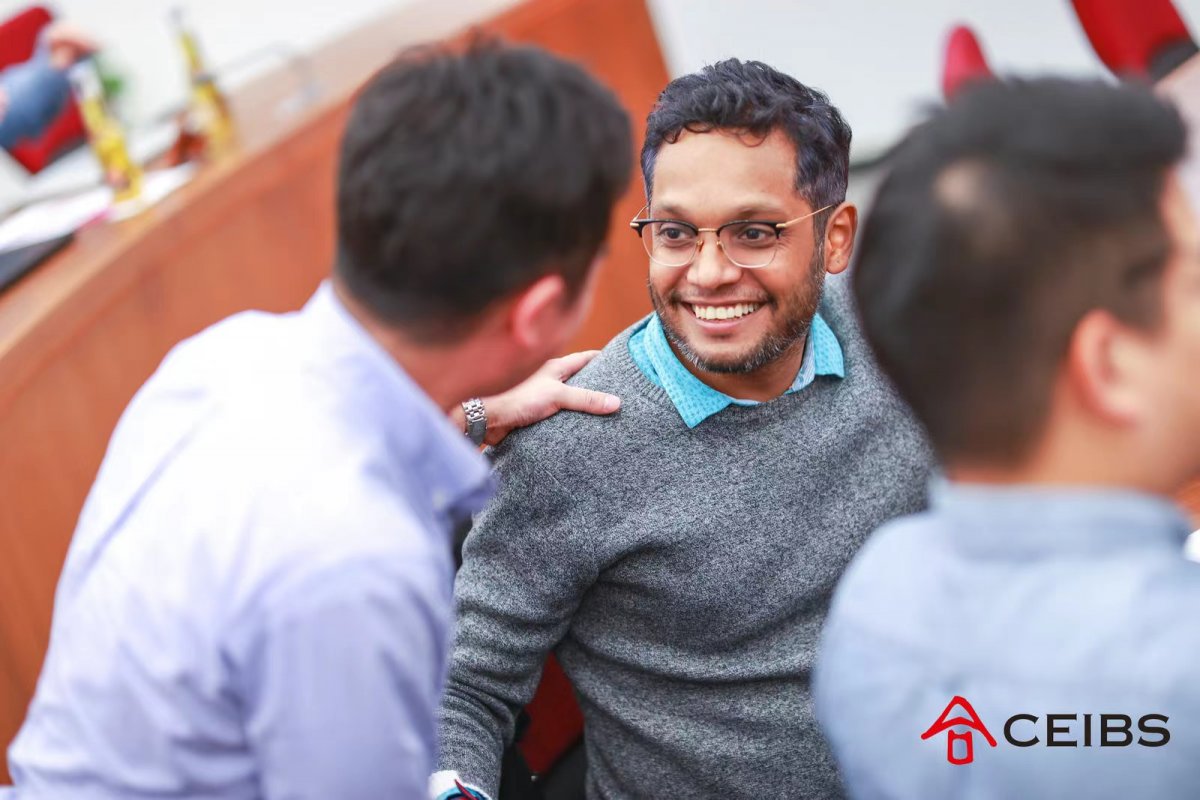 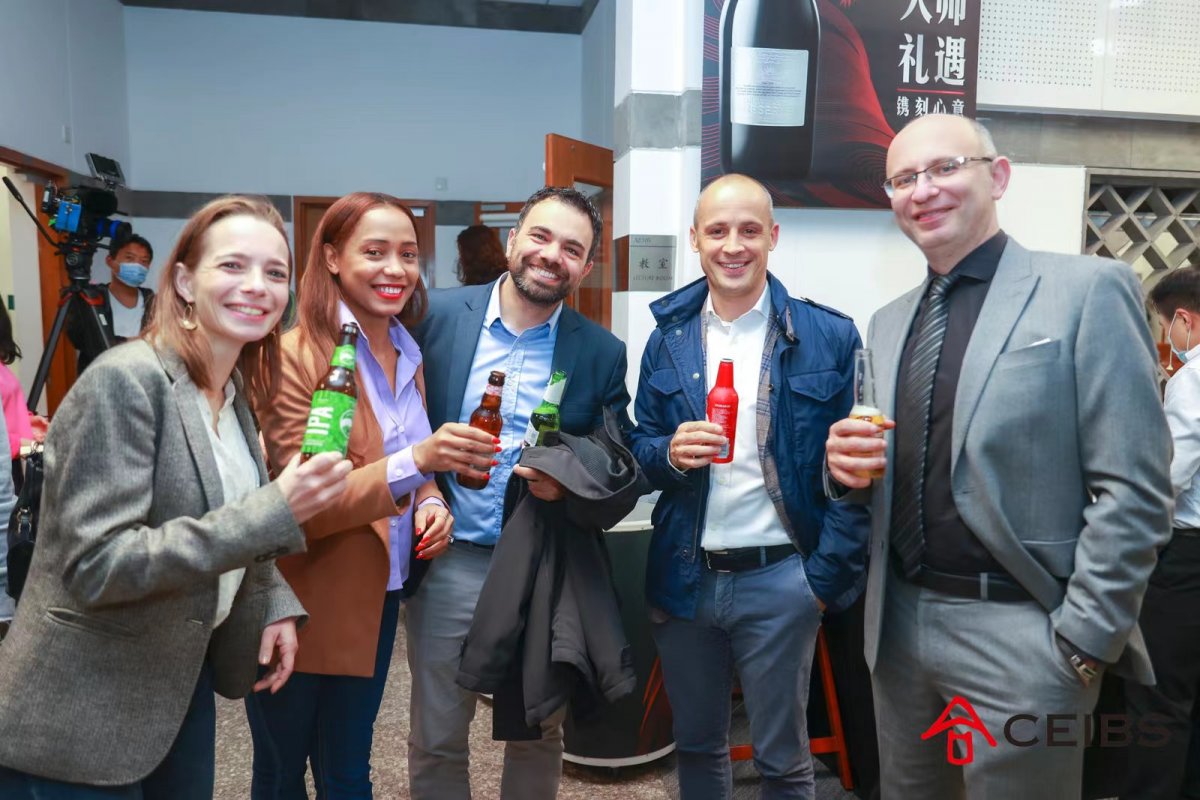 November 18, 2021. Shanghai – As consumer appetite for sustainable development increases, businesses must pay more attention to the impact of production and consumption on the environment.

This was just one of the messages delivered to more than 100 students and alumni by Budweiser APAC CEO and Co-Chair & Anheuser-Busch InBev APAC Zone President Jan Craps during a special CEIBS Executive Forum tonight at the school’s Shanghai campus.

During the event, Mr. Craps expounded on how the world-leading beer and beverage company is integrating environmental, social and governance (ESG) into its business strategy. He also highlighted how AB InBev has embraced the UN sustainable developments goals (SDGs) with a focus on smart agriculture, water stewardship, circular packaging, and climate action.

“At Budweiser, sustainability is not part of our business, it is our business, because when you brew beer, you need water, barley, and yeast, etc. And then you need to put it in packaging and use energy when you move it. So it’s very fundamental to our business,” Mr. Craps told the packed auditorium.

He continued, “We want our direct farmers to be financially empowered and fully trained to run their businesses. We want to make sure that the populations in the communities where we have breweries have access to clean drinking water. And we want 100% of our packaging to be returnable or to be made from majority recycled material.”

“100% of our electricity needs to be from renewable sources by 2025 and we aim to reduce carbon dioxide emissions by 25% across the entire value chain compare to our 2017 baseline year,” he explained.

The largest beer company in Asia-Pacific, Budweiser APAC began pursuing sustainability in 2018 as part of its strategy for long-term growth.

“This month, we’ll have a new brewery in Wuhan in Hubei province, which will be AB InBev’s first carbon-neutral brewery anywhere in the world,” Mr. Craps said, adding that the new brewery will also invest in new biomass boilers and deploy EV shuttle buses instead of gasoline and diesel ones.

In addition to the company’s environmental efforts, Mr. Craps pointed out that the group delivers pioneering corporate social responsibility (CSR) through its smart drinking campaign, an initiative aiming to influence social norms and behaviours to reduce the harmful use of alcohol.

“We want people to have a positive experience with beer, so responsible drinking is very important for us,” Mr. Craps stated. “By leveraging our expertise in management systems, for example, we’ve worked with relevant authorities to look at traffic data and put up models to calculate how we can make roads safer.”

Finally, as a company with 50 breweries which operates in more than 35 countries and regions, Mr. Craps attributes Budweiser’s greatest strength to both its diversity and inclusion in the workplace.

“For us, to have diversity in the company is critical because we believe that it will deliver better business results. We also ensure that we have an inclusive environment where people can bring their best to work. And that means there will be no hurdles or ceilings to their potential,” he concluded.