Above and beyond business success: CEIBS opens its doors to first-ever DBA cohort 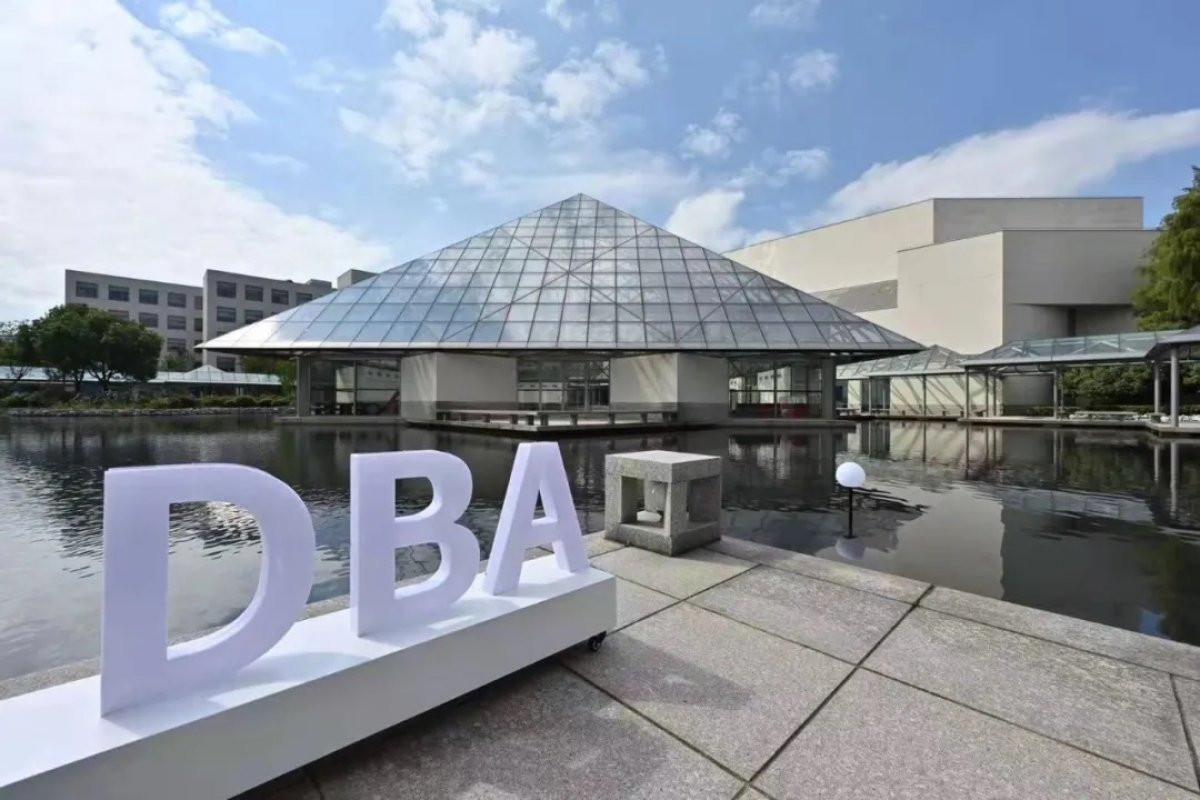 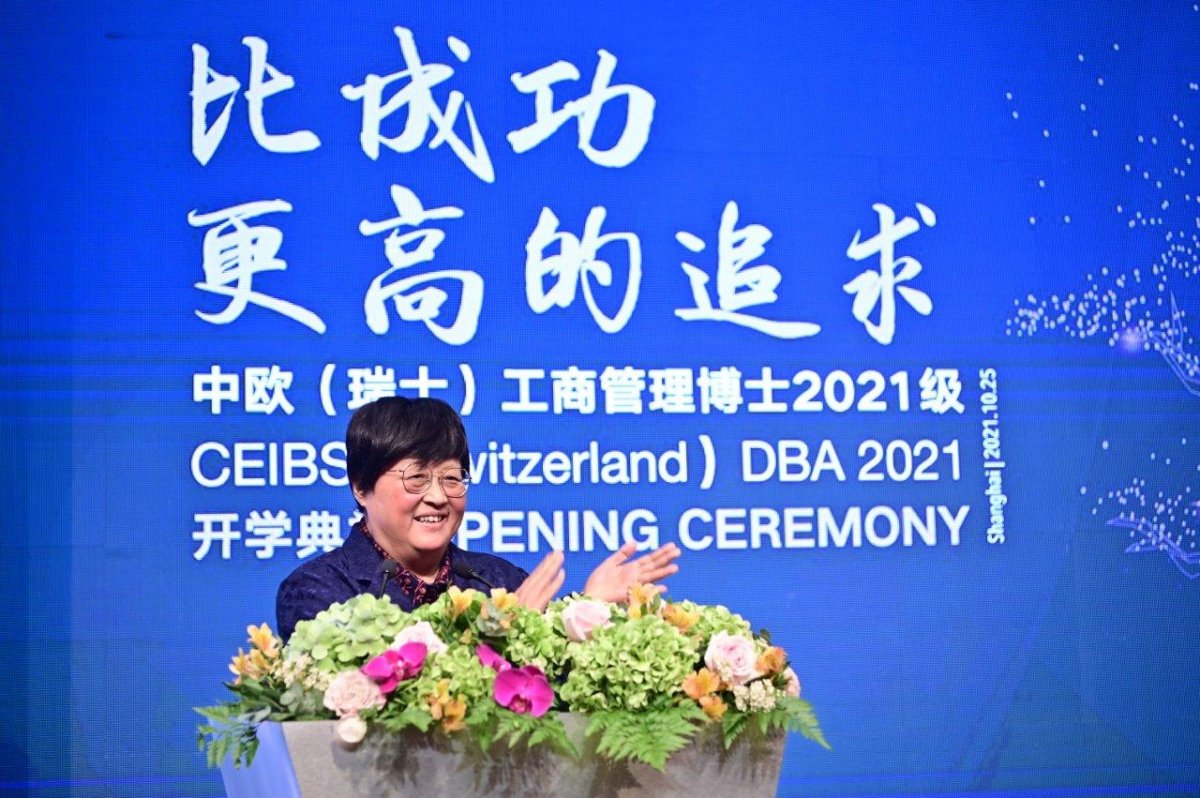 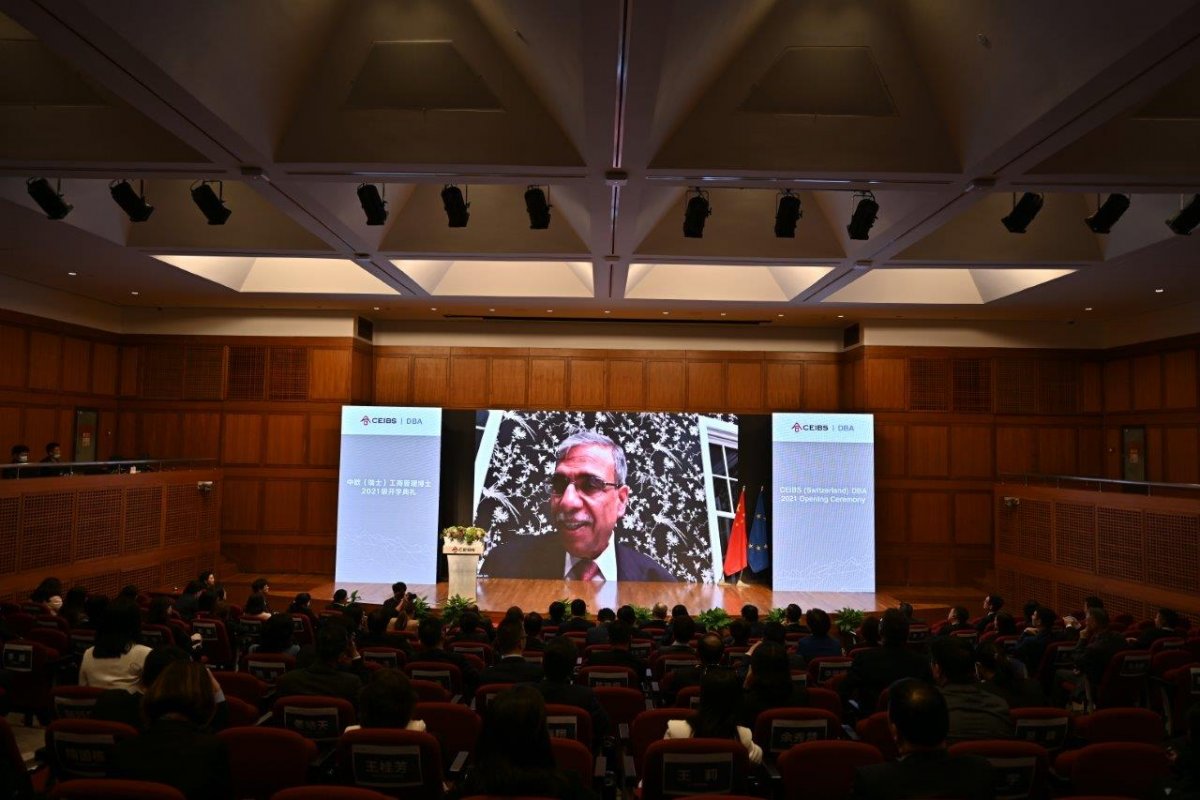 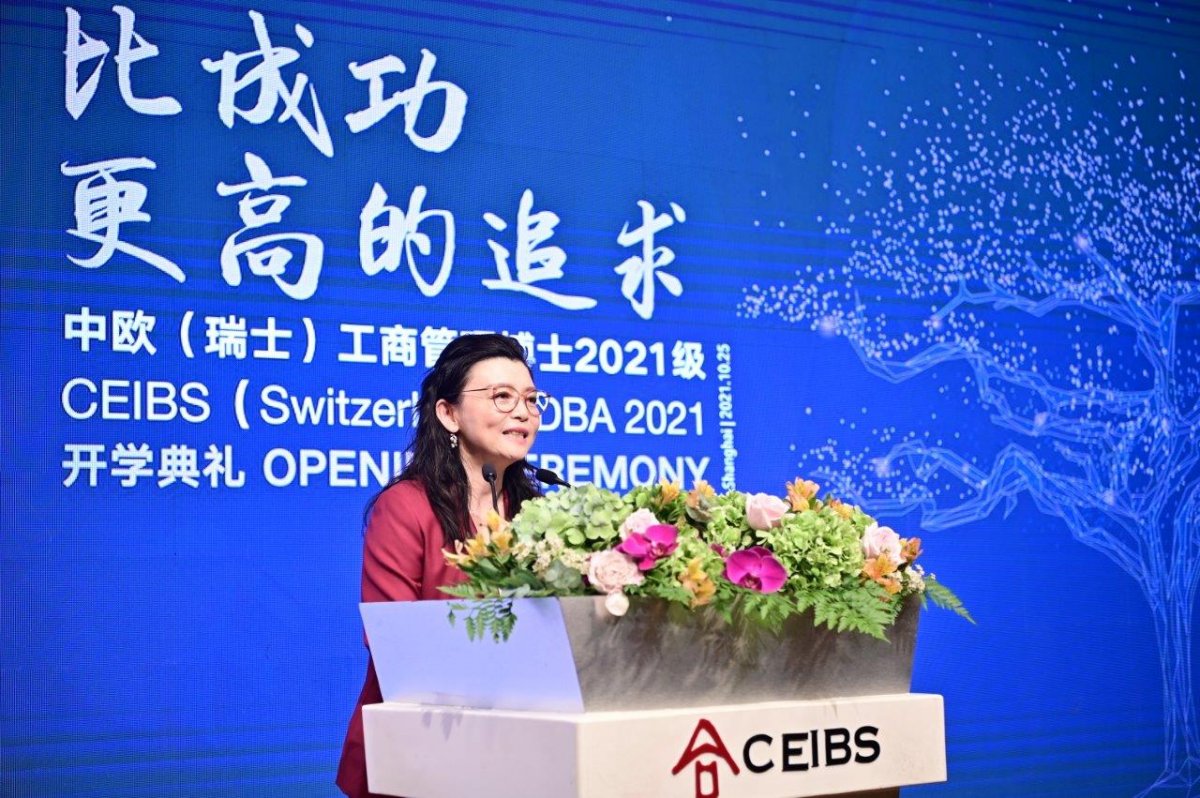 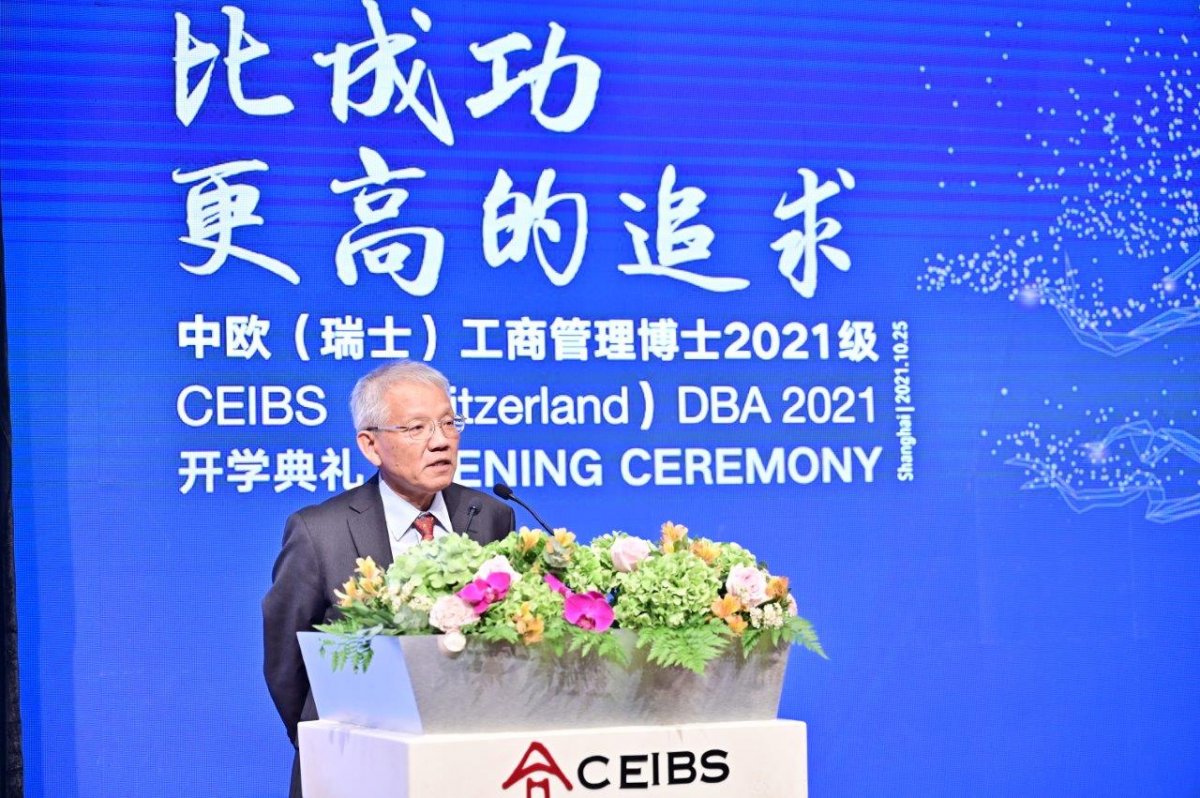 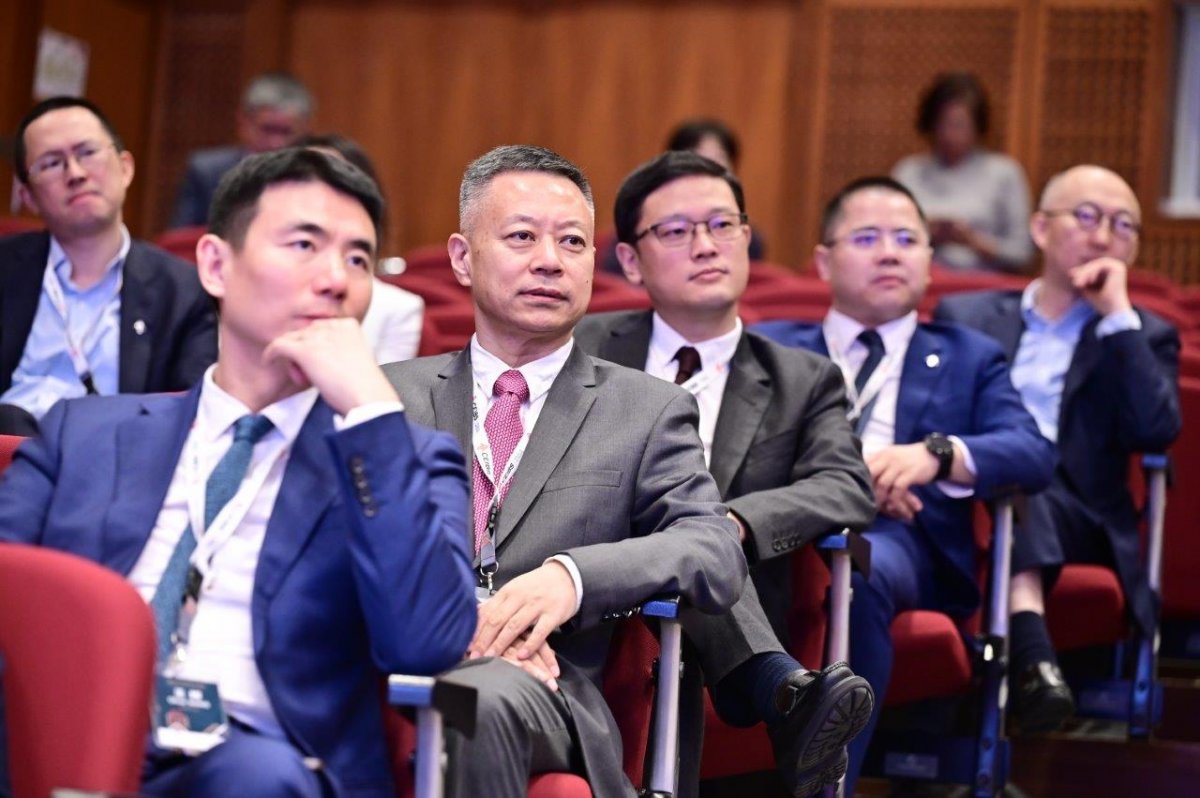 October 25, 2021. Shanghai – Following several months of applicant interviews and screening, the CEIBS (Switzerland) Doctor of Business Administration (DBA) programme finally ushered in its first batch of students during its official opening ceremony this week. The programme will serve not only as a bridge connecting academics and practice, but also as a way to meet the learning needs of CEIBS alumni and other high-level management talent.

During her opening speech, CEIBS President Wang Hong noted that the DBA curriculum has inherited the school’s rigorous learning style, with an emphasis on theoretical research, practice and innovation. She added that, against the background of China’s dual circulation strategy, the digital economy, smart healthcare, carbon neutrality and more, the research conducted by DBA students can generate real value and enhance China’s influence on the global economy.

CEIBS President (European) Dipak Jain also joined the opening ceremony online. In his speech, he congratulated the DBA students for starting their new journey. He added that the DBA programme will help them polish both their reasoning and implementation skills, so that they can evaluate themselves more accurately and development more in the future. Finally, he said the school will continue to provide support for all students in order to help them overcome obstacles on the road ahead.

CEIBS Associate Dean (Europe) and Hospitality EMBA Director Katherine Xin also participated in the opening ceremony. In her speech, she said she hopes that DBA students can use rigorous and scientific research methods to plant the tree of knowledge in the fertile soil of their future ideas. She further added that students should “aim above and beyond business success” in order to help those who will follow them on the road ahead.

Next, CEIBS Honorary Professor in Accounting and Academic Director of the DBA Programme Hwang Yuh-Chang stated that, while adhering to the school’s motto of “Conscientiousness, Innovation and Excellence,” DBA faculty and students will experience an important journey of knowledge exploration, co-creation and feedback. Furthermore, he added that, through systematic and scientific analysis and the accumulation of knowledge, they will help drive the future of industry, new policies, innovation and the transformation of society. Finally, he encouraged the students to study hard, explore and use their abilities to make a positive impact on their respective companies, industries and families.

Former WTO Director General and CEIBS Distinguished Professor Pascal Lamy also addressed the new DBA cohort during the ceremony. In his speech, he told the students that he and other faculty will work to offer them methods, advice and skills, so as to better meet a more challenging world. In addition, as part of the DBA programme, CEIBS will also invite numerous distinguished professors, authoritative guests and other notable scholars to deliver master lectures.

The first DBA class includes leaders from private enterprises and foreign companies, internet veterans and high-tech pathfinders. Disheng Elevator (China) Chief Executive Officer Xu Hongyan and Zhaoyi Innovation CEO Cheng Taiyi also spoke during the event as student representatives on behalf of the new cohort. During their speeches, they stated that entrepreneurs must to constantly use theoretical frameworks to guide practice. Furthermore, they noted that the DBA programme can help improve more than just self-awareness; in particular, understanding one’s own enterprise more systematically and scientifically can produce great significance and benefit both industry and society.

Finally, a special ceremonial school badge was bestowed upon each of the students. The badge represents CEIBS’ identity and cultural heritage and the continuous pursuit of knowledge upheld by all CEIBSers. The ceremony officially welcomed the 42 students into the DBA programme.

First launched in 2021, the CEIBS (Switzerland) Doctor of Business Administration (DBA) is an applied doctoral degree that aims to help business leaders improve their academic abilities and refine original business ideas more systematically and scientifically, thereby allowing them to benefit the development of their industries and shape the future of the global economy.