A Story of Self-Cultivation 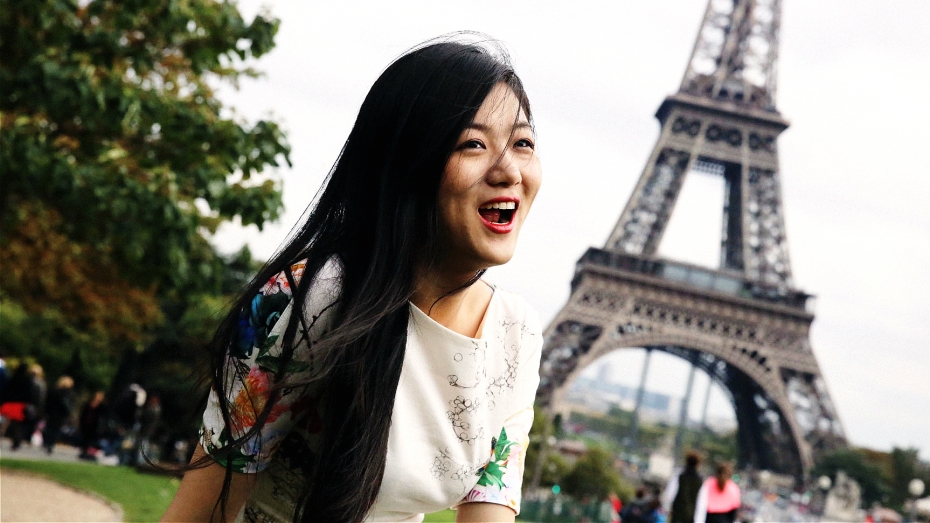 I’m Yanni Sun, a member of the CEIBS MBA Class of 2022. From a small town in northeast China to Paris, and then to Shanghai, my journey across Asia and Europe has been guided many life choices.

The Parisian dream of a small-town girl

My hometown of Mohe is China’s northernmost region and is the only place in the country where you can see the aurora borealis. It is in Heilongjiang province and borders both Russia and Inner Mongolia. Although the town’s education system was lagging back then, my mother’s strict requirements helped cultivate my serious learning habits.

I studied French and French civilization at university. Longing for Paris, I then began a four-year student exchange in France at the Université Nanterre, where I received two master’s degrees in SME Management and HR Management. Four years of life in Paris taught me more about French culture and helped develop my French language skills even further.

As a language major, it was not easy for me to pursue a master’s degree on management at a public university in France. In my first year, I worked very hard, and after completing the basics of management studies, I was admitted to the management programme. In the second year of my postgraduate journey, I chose a major in HR management, as a way to apply my interpersonal skills.

During my postgraduate years, I interned at Philips in both France and China, where (amongst other things) I helped establish a Diversity Committee at Philips France. Later, my internship in China triggered my interest in talent recruitment.

Recruitment is a fulfilling job and meeting candidates is one of my happiest moments. A recruiter serves as a link to a company’s brand building, connecting with employees and potential employees. Helping applicants find their right place in the workplace is the source of happiness for me.

I love introducing our company’s culture and development direction to everyone who doesn’t know Carrefour. I also enjoy taking part in job fairs as an employer, patiently answering questions for recent graduates, because I believe that goodwill affects everyone and those who are well treated at work will also be willing to treat others well in the future.

In the summer of 2019, Carrefour underwent a major change. The company announced that a 70% stake had been acquired by Suning. Following the acquisition, the company’s culture gradually changed from a French organisation to a private Chinese company. Many colleagues chose to leave because they didn’t adapt to the change. At that time, however, I felt that it was a once-in-a-lifetime learning opportunity as I could experience two cultural systems without switching a company. I took the acquisition as a big project and an opportunity to learn many new things in the HR department, so I chose to stay. This choice also provided me a new opportunity to become the HRBP in the company’s merchandise department.

An HRBP’s (HR business partner’s) work is much broader and more challenging than recruitment. In addition to being responsible for recruitment, talent inventory, staff assessments, transfers, promotions and demotions are also part of my job. My greatest achievement in the HRBP role was taking the Suning Carrefour B2B Operation Center from zero to one. I was responsible for planning and implementing the project, from determining the headcounts and regional personnel structure, to recruiting 72 professionals from all over the country, to drafting and establishing a bonus system for sales staff, configuring our part-time operations team based on business needs, and developing training plans for new employees.

Apply and coming to CEIBS

When I worked as a C-level assistant, I started to sense my lack of business knowledge (especially in marketing and finance), and thus the idea of further education began to take hold. Later, during my recruitment work, I met a lot of business school career consultants, and became acquainted with many MBA graduates. I also attended CEIBS’ annual job fair (Carrefour has been nominated as the Best Employer of the Year several times by CEIBS). Influenced by colleagues and leaders around me and with a desire for further development in China, I finally chose to enrol at CEIBS.

There aren’t many MBA students with backgrounds in HR, so I’ve become a unique member of my class. Since stepping onto CEIBS’ campus in 2020, I’ve come to understand what a world-class MBA programme looks like. The Leadership Journey course in the first semester of the programme is primarily about helping us get to know ourselves better and to accelerate our understanding of other team members. In the second semester, the course places more emphasis on leadership improvement, helping us discover our own leadership style and learning how to empower other team members.

In addition to a tight learning schedule, CEIBS organises a variety of interesting and meaningful activities, greatly enriching our after-school life. We also have many opportunities to visit companies and communicate with various industry leaders. A thousand students will have a thousand different MBA experiences. The many precious memories are the most wonderful things about studying at CEIBS!

I have always been strict with myself and never give up easily. I also feel that the meaning of life lies in exploring and pioneering, rather than sticking to one thing. This mind-set works in both my career as well as at school. I don’t think I’m the best in my class, but I’ve been recognised for having a strong desire to learn and a clear career plan. I’d like to give some encouragement to those who are applying or are about to apply to CEIBS. We must recognise our goals, then fight for them firmly and continuously. There is nothing difficult in the world as long as there is a willingness to overcome!