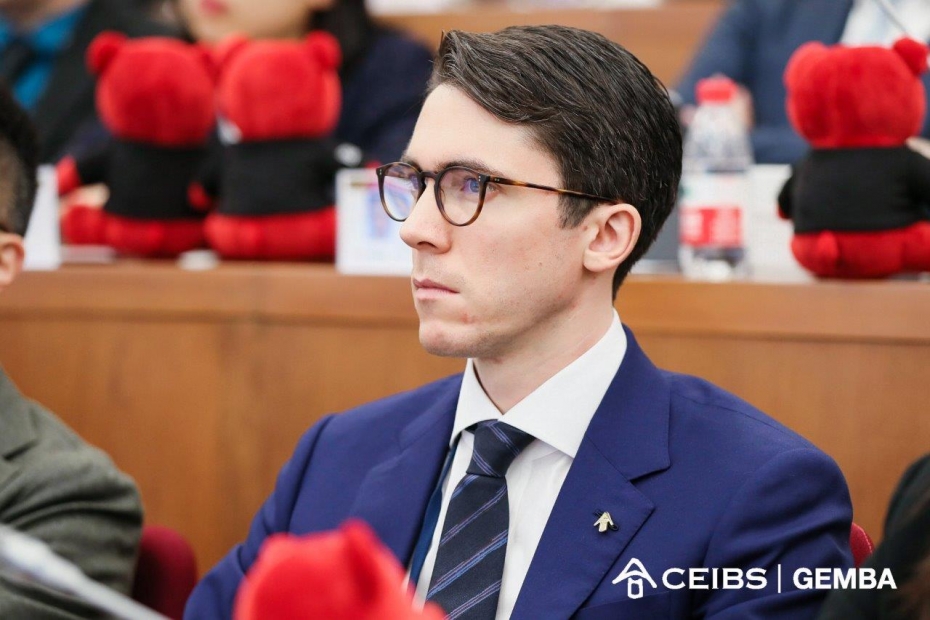 CEIBS Global EMBA 2020’s Chris Dunn says he has always had an interest in combining business with social responsibility. Originally from the UK, Chris completed a Master’s in Environmental Management before starting his career as a consultant. Nevertheless, despite the opportunities available closer to home, it wasn’t long before he started thinking about heading east.

“All the charts I saw around things like renewable energy and where the technology was coming from were all pointing to China,” Chris says. “The organisation I was working for had an office in Beijing, so that got me looking at China.”

After relocating to Beijing in 2012, Chris spent a year studying Mandarin before landing a job with one of China’s first environmental NGOs. The experience allowed him to get a look at the types of investments being made and the challenges that Chinese firms faced. Then, in 2015, he decided to take a position with the British Embassy.

“I have to admit I never thought I would work for a government, but there were some really interesting opportunities available at the time,” he says. “I was also committed to the UK-China relationship and when you work for the government you’re really at the heart of government-to-government, but also business-to-business.”

His work eventually brought him to Shanghai, where he now serves as the Deputy Director for Environment, Infrastructure & Transport (China) at the UK Department for International Trade responsible for helping UK businesses entering China and Chinese companies seeking to invest in the UK.

Driven by a duty to help out

In late-January 2020, Chris and a friend set out a 10-day cycling tour around Fujian province. About three days into the trip, however, news began to emerge about the emergence of a new virus – soon to be known as COVID-19 – and the pair were forced to abandon the rest of their journey.

“At that time, the UK government’s China network had gone into crisis mode,” he says. “I had a role on the crisis team, so I felt I needed to get back to help.” 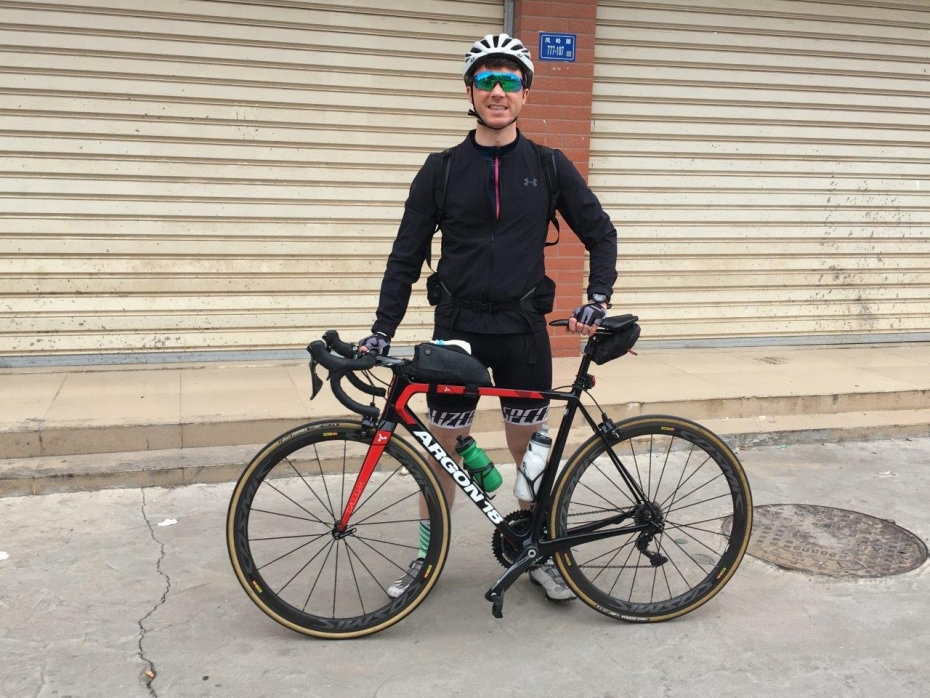 Photo: Chris Dunn and his bicycle during his cycle tour of Fujian province

After returning to Shanghai and quarantining at home for seven days, Chris went in to join the team at the consulate. At the time, they were faced with a lot of uncertainty and questions.

“There are many British nationals in Shanghai, so we have a lot of responsibility,” he explains. “We needed to understand the situation and report back to the embassy in Beijing and then London to help them make decisions and have plans in place if the situation got worse.”

As the weeks passed, once they were confident that British nationals in China were safe, Chris’ team turned to helping UK companies in the country understand and comply with the regulations necessary for reopening. At the same time, however, as China began the climb to recovery, the international situation started to deteriorate.

Soon, the UK launched a huge procurement effort in response to growing demand for personal protection equipment (PPE) and medical equipment there. Meanwhile, in China, Chris’ team began fielding requests from those wanting to help out.

“It wasn’t our policy to solicit any donations. It was just the generosity of our Chinese partners,” Chris recalls. “It came from the Chinese government and companies, right down to individuals who’d studied in or had some links to the UK and wanted to be as helpful as possible to their former communities.”

By mid-March, as the number of offers began to grow, Chris’ team had to hurry to put in place a formal scheme to help manage the volume of donations they were receiving. The challenge meant understanding what equipment was needed in the UK, collecting information on donations and assessing each one based on specifications, quantity and availability. Moreover, with little precedent and a rapidly changing situation, they needed to stay agile.

“The changing regulations on the Chinese side was one of the biggest challenges because China was very protective of its reputation and trying to ensure the quality of goods supplied overseas,” he says. “Also, changing priorities in the UK. Face masks would be the priority one week and the next week it would be gowns – so we had to adjust where we paid attention and put resources.”

At the height of the crisis, three cargo flights per day were delivering supplies from China to the UK. Despite the exhausting nature of the work, Chris says he was driven by a sense of both urgency and a duty to help out. Luckily, he wasn’t alone.

“In the beginning, in China, there were just two Brits on our donations team and the majority were Chinese staff,” he recalls. “But they all worked as if their own country needed it and the lives of their friends and family depended on it.” 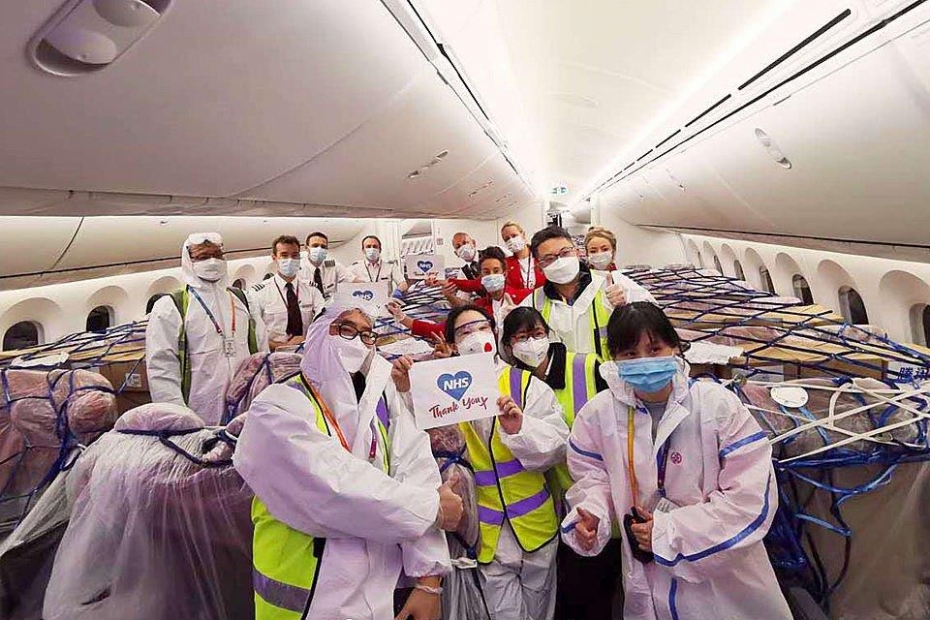 Photo: Workers helping deliver PPE from China to the UK during the COVID-19 crisis

By August 2020, Chris’ team had helped deliver over seven million items of PPE and 100 ventilators from China to the National Health Service (NHS) and charities in the UK. They have also shared their experiences with colleagues in other parts of the world, who have replicated their processes to handle donations coming into the UK.

“In terms of legacy, I think it has certainly strengthened the UK-China people-to-people ties,” Chris says. “In terms of those relationships that benefitted, it greatly helped local governments in the UK, the hospitals and also some of the companies and charities that received donations.”

Chris’ CEIBS Global EMBA story began just over three years ago when he accepted an invitation to sit in on a lecture a learn more about the programme. Getting up early on a Saturday morning to travel out to Shanghai’s Pudong District, however, he admits he had some initial reservations about the decision.

“To be honest, I didn’t have super high expectations, but after half an hour I was like, ‘Wow, this is amazing,’” he recalls. “I could just tell straight away the feeling you get when you walk on campus and from the quality of the lecturers and students – it just felt right.”

Chris finally joined the GEMBA 2020 cohort and participated in the Leadership Stream as part of the group’s Opening Residency Module this past December. Beyond the inspiration he took from the lectures, he says the quality of the activities and the meticulous level of planning he encountered far exceeded his expectations.

“At the consulate, we deal with several very senior visits from the UK, all the way up to the Prime Minister that we have to plan down to the minutest detail and have to run on a minute-by-minute basis,” he says. “But, the organisation of the module blew me away – I couldn’t believe they could pull something like that off.”

In addition to the challenges the group had to overcome in the activities as part of the module, he says he was impressed by the emphasis CEIBS places on responsible leadership.

“One of the first lectures we had was about social responsibility within a corporation and from a leadership position,” Chris explains. “It was really good to see that in the opening module because it shows commitment to that ideal.” 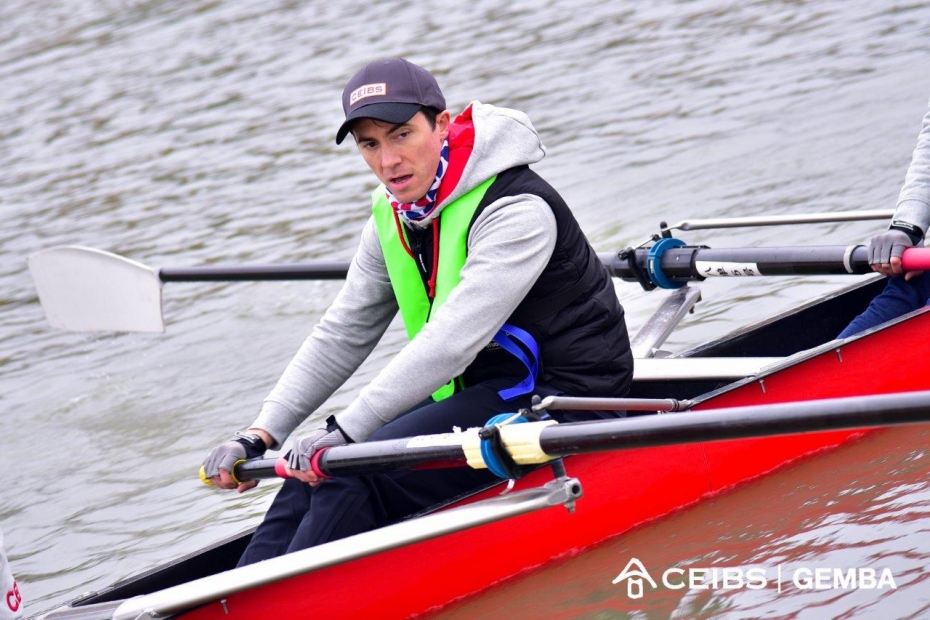 Given his background working in and around sustainability, he says he was further moved by the way the instructors challenged the view that social and environmental issues are the exclusive responsibility of governments.

“Even when you have a very strong and capable government like China’s, there are still some areas where you still need businesses to be responsible as well, particularly when you’re new in areas where the rules haven’t been set or the rules are a bit grey,” he says. “And, when you go to developing countries where the government might not be as capable, you really need businesses to step up.”

Ultimately, Chris says that the intense pressures of the Global EMBA programme, together with his real-world experiences over the past 12 months, have taught him a number of very practical lessons about leading through crises.

“It has made me realise that a lot of our daily work isn’t life and death until it really is. When it isn’t, it puts things in perspective,” he says. “It isn’t that you should put in less effort or commitment, it’s just that maybe you can bring a slightly different attitude that might produce different results when you look at your work in a different way.”

One day in early December, Chris was at work when he received a personal call from the UK’s Deputy Ambassador to China in Beijing. The Deputy Ambassador informed him that, in recognition of the contribution he had made to the COVID-19 relief effort, he had been nominated as a Member of the Most Excellent Order of the British Empire (MBE), one of the highest official honours issued to British citizens.

“I had to keep it entirely secret, I couldn’t even tell my parents. I was actually in the office at the time, and fortunately I was able to compose myself before going back out,” he says. “It’s something you hear about other people getting, but you never think you’ll get it yourself.”

The MBE is awarded semi-annually for an outstanding achievement or service to the community which has had a long-term, significant impact and is presented by the Queen of England or a senior member of the Royal Family.

“There were so many people in the China network and back in the UK who helped, so it felt very special to be chosen, but also humbling,” he says. “When the list was released and I looked at some of the other people from across the frontline who got awards, it really brought me back to how things were linked up and how we all contributed in our own way.”

Ultimately, as he looks ahead to the year ahead, Chris says that while he would like to be able to participate in the award ceremony in person, he also just hopes he can visit home again sometime in 2021.

“I hope I can get back to the UK, to see family and friends and hopefully attend the award ceremony in person,” he says. “It would be kind of a dream for me to be on the same service as Sir Lewis Hamilton, the F1 driver. He’s one of my personal heroes. Just getting back would be nice though.”