October 16, 2020. Shanghai – Unlike other student-run clubs that focus on a particular industry, the Women’s Leadership Network has a much broader scope to promote dialogue around diversity and inclusion in business. Asia still faces a large gap in terms of female representation in management and senior management roles. CEIBS is one of a handful of Asian business schools with a dedicated women’s leadership club. When Shefali, Yuxi, and Yolanda came together to lead the club, they wanted to go beyond just organizing events. Having a clear intention and sense of purpose, they received unanimous support from their cohort to lead the Women’s Leadership Network. Here is their 2019-2020 in review. 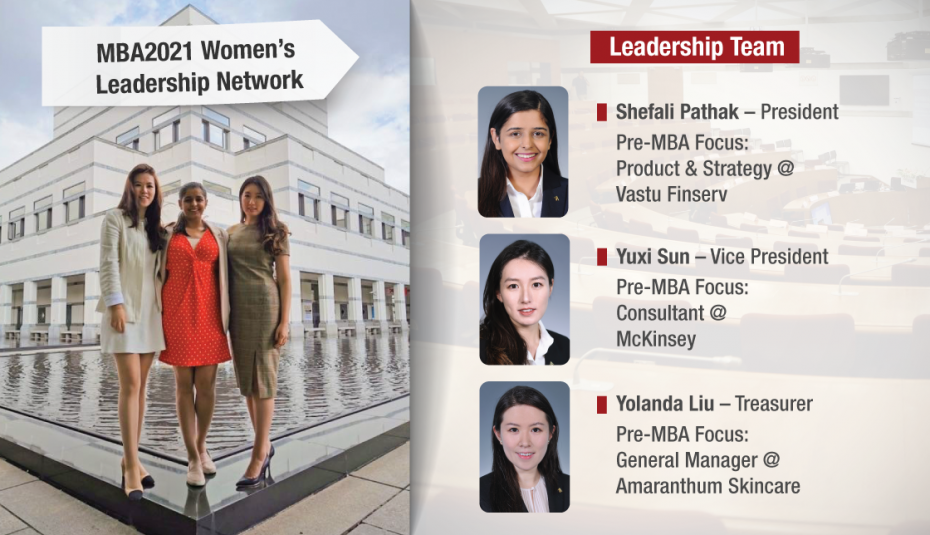 The icebreaker: coffee, bagels and yoga

The team’s first objective as club leaders was to build an inclusive community. They did that by organizing an early morning yoga session and inviting a professional yoga instructor. Over a lot of fun and shared laughter, this event established a sense of belonging amongst club members. The team took the opportunity to interact one-on-one with members to understand better what their vision and expectations from the Women’s Leadership Network were.

Debate: Her aspirations need his co-operation

To continue with inspiring dialogue, the WLN collaborated with the MBA public speaking club to organize a debate. The debate allowed students to put forward their views while honing public speaking skills and also kick-started a very relevant dialogue around gender balance. The event saw over a hundred people in attendance and was extremely well received. The debaters – Amy, Mtha, Pavel, Eva, Neil and Parisa – did a phenomenal job in dissecting the topic and bringing their insights to the floor.

For International Women's Day, the club welcomed Shilpi Pathak, a Wharton MBA, McKinsey alum, and current Chief of Staff at H&R Block in the US. Shilpi conducted a workshop on personal branding, sharing her own experience in building personal image, and advising MBA students on building their brand. She further spoke about biases that women face in the workplace and shared specific tips and ideas to overcome them. To ensure a tangible takeaway at the end of the session, all the attendees received a personal branding workbook.

To continue to inspire dialogue, the club then took the initiative to reach out to men in the CEIBS community to get their pledge on video as to what they would do to support gender equality in their workplace and teams. The outcome was a short video, which was then shared on social media by everyone involved at the same time.

Right from the beginning of their MBA session, the WLN team had their eyes set on building upon the previous year’s well-organized Female Leadership Forum. Planning for the next Female Leadership Forum was a top priority from day one. Having rescheduled the event a few times due to uncertainties surrounding the pandemic, the team had to re-visualize the event from offline to online. The CEIBS Female Leadership Forum 2020 focused on the theme of “Leading with Purpose.” The theme was very relevant, given the sense of vulnerability that the pandemic brought in society, making purposeful leadership critical. To make sure the event would be as impactful as an offline one, the team changed the format, making it a week-long event featuring online videos, a panel discussion, and an interactive world cafe discussion.

Furthermore, all the proceeds from ticket sales were donated to UN Women for their on-going work to provide relief to marginalized women affected by the pandemic. The sponsors involved were all genuinely invested in the cause of diversity and inclusion, and offered internships to female MBA students. Over 20 industry leaders also signed up to provide hour-long one-on-one mentoring sessions. The club leadership gives the credit of seamless execution to their co-organizer and partner Global Women Connect (GWC), all the alumni, faculty, and club members involved in the event, in particular Parisa Manjerakar of MBA 2021, who worked tirelessly to make the event a resounding success.

Ultimately, the WLN leadership team wanted to leave something concrete and meaningful for the next cohort to scale up. As Asia has insufficient female representation in business, they saw an opportunity to make an impact beyond the walls of CEIBS. So, in collaboration with HKUST MBA and NUS MBA, the W-Influence Network was formed – a network bringing together people from leading business schools in Asia who are working towards female empowerment and promoting gender balance in Asian businesses. As a first step, W-Influence organized a webinar with CEIBS Professor of Marketing Lydia Price featuring top business leaders from Shanghai, Hong Kong, and Singapore. W-Influence has recently launched a mentorship programme for incoming female MBA students at CEIBS, HKUST and NUS, giving them an opportunity to be nurtured by the champions of female leadership across the world.

Through the support of their members, alumni community, and faculty advisor Prof. Emily David, the WLN team organized a series of highly impactful events. They are very proud of their impact on the community around them. Much deservedly, the WLN was named one of the best performing clubs by the student committee. As they prepare to hand over the club’s reins to the incoming cohort, the team has high expectations from CEIBS MBA Class of 2022 and are already looking forward to contributing to the club as soon-to-be alumni. 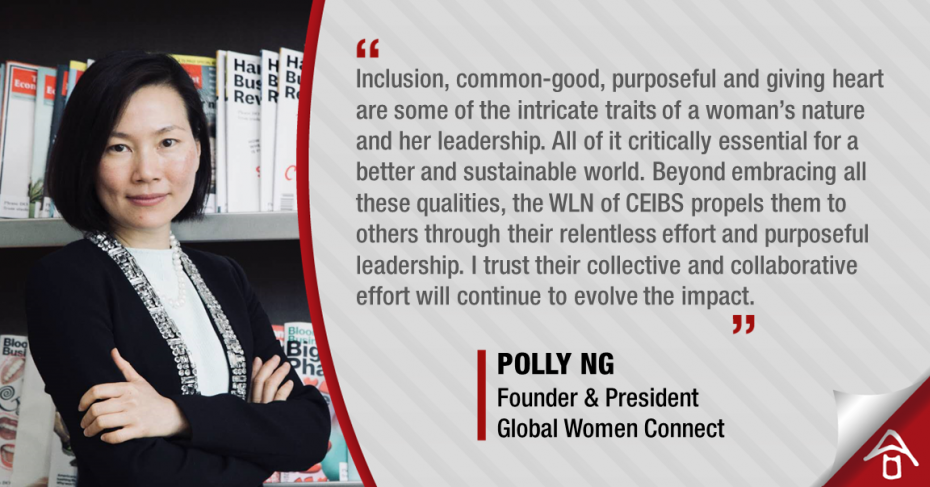 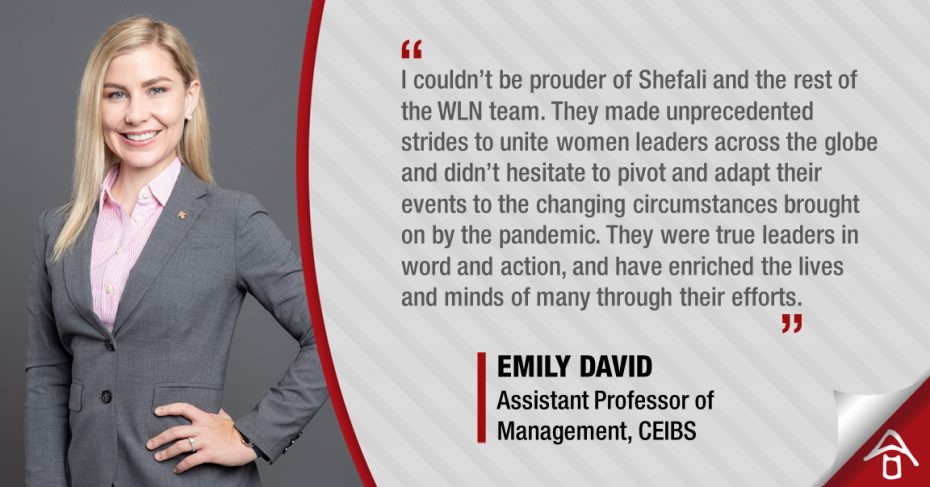