How Investing in the Future of Food Led Me to CEIBS

In the midst of the pandemic back in spring 2020, I was stuck outside of China, working remotely in the US, and, like many, pondering my future.

During that time, I reflected on my unique journey in life, transforming from a freelance designer to a venture capitalist with the very first food-technology VC firm in China, Bits x Bites. With the pandemic putting the world on hold, I wondered where my next adventure would be.

On my 36th birthday I returned to a long held dream to pursue an MBA. All three of my supervisors at Bits x Bites held MBA degrees from top schools around the world. One of them told me, “If you want to stay in China, CEIBS is your best choice.” And, so, with those encouraging words, I applied and was fortunately accepted into the MBA Class of 2022 with a merit scholarship.

As I approach my exchange in Japan with Waseda University, here are my reflections on a serendipitous journey to CEIBS. 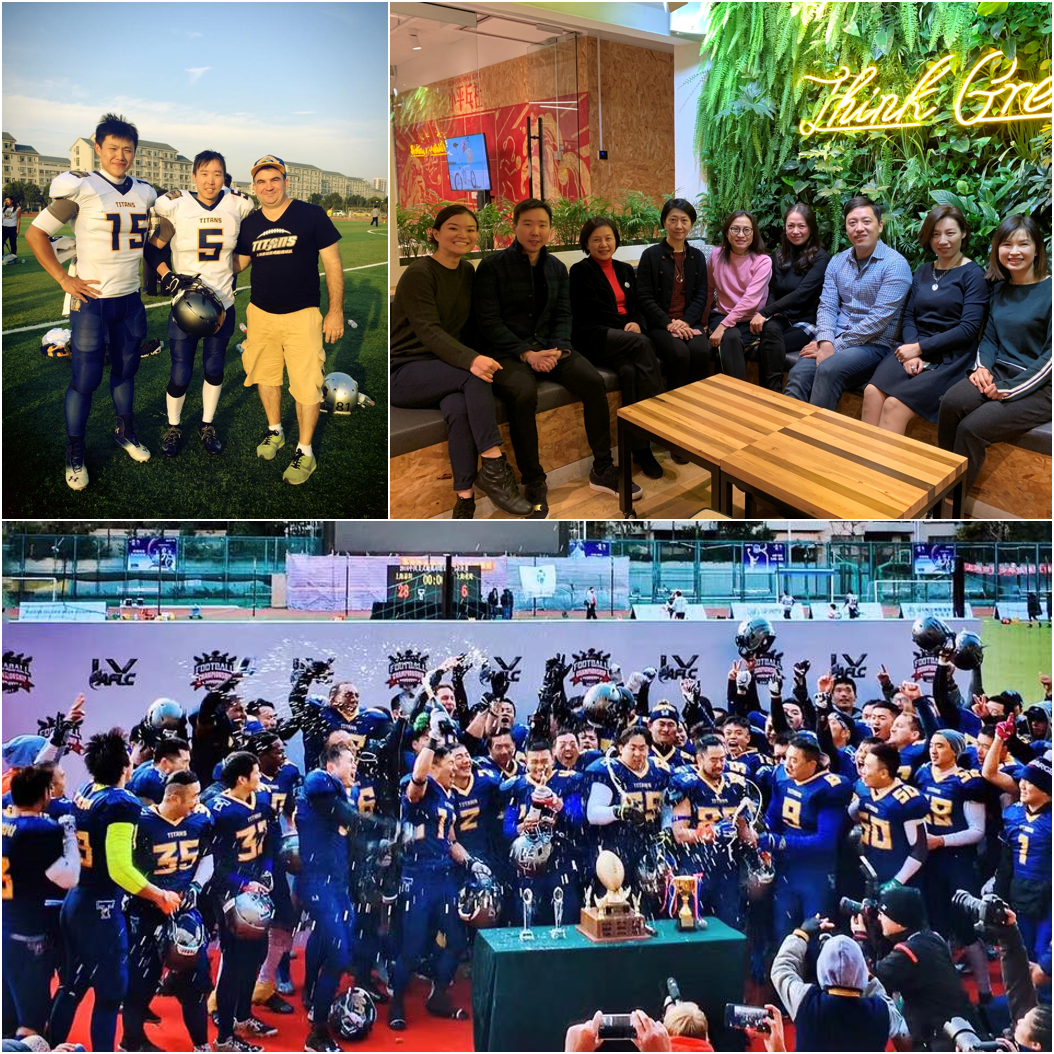 Founded in 1877, the Rhode Island School of Design (RISD) is one of the first Art and Design schools in the US. As a student there, I majored in industrial design, learning the importance of a user-centric design approach to problem solving – a technique that I still employ today when I evaluate start-up investments.

One of my fondest memories from that time was meeting the former Apple and Pepsi CEO John Sculley. He came to give a talk to students at the neighbouring Brown University. John spoke about the importance of “purpose-driven innovation”, and interestingly mentioned that when he was studying for his undergraduate at Brown, his heart was actually at the neighbouring RISD in design and architecture.

I waited until all the students finished talking to him after his sharing, and approached him with my fingers crossed. I told John that I’m actually an RISD student and manage the industrial design model shop. I offered to give him a tour of our studio if he had time, which to my surprise he agreed to. John was, and still is, a huge advocate of human-centred design. In other words, thinking about the challenges facing humanity as the starting point. This would go on to shape my approach, not only as a designer, but also an investor. 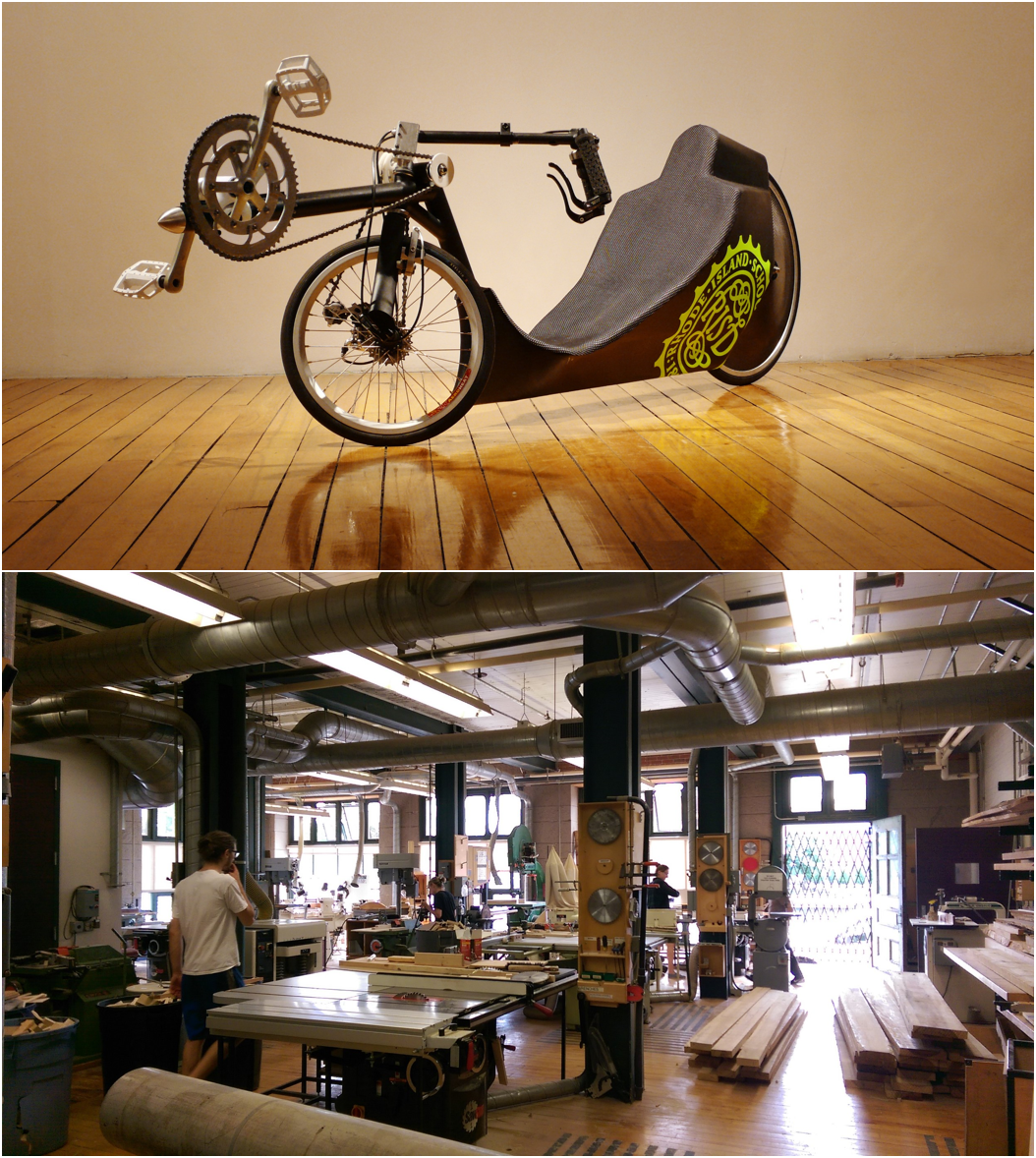 Swapping Freelance for Investment in China

Fast forward a couple of years later after graduation and working in Taiwan and I moved to Shanghai in pursuit of new opportunities as a freelance designer. I took on a wide variety of assignments, including a full-length documentary about how we treat the Earth. I began to fall in love with Shanghai and quickly learned that when you are part of this world, your network matters a lot. 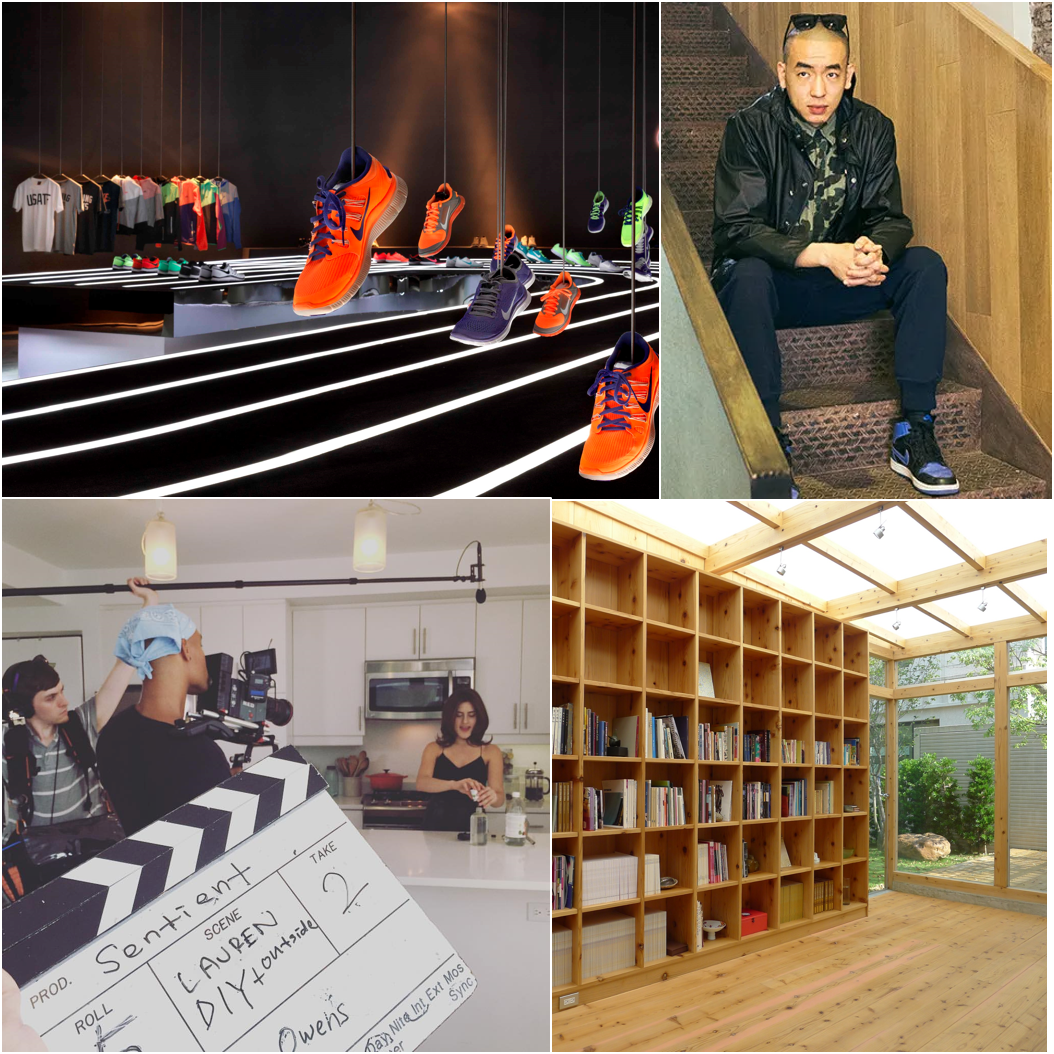 In light of this, I frequently organised designer gatherings and enjoyed meeting other designers in Shanghai. A senior designer from IDEO later got in touch and introduced me to a charismatic founder on a mission to address pressing challenges facing the global food industry. She was looking for a capable designer with business acumen to help launch her food tech fund. After leading a team of talented designers to come up with the corporate identity system and visuals of the firm, I was offered an opportunity to stay and evolve with a food tech accelerator programme that would later become the venture capital fund Bits x Bites. 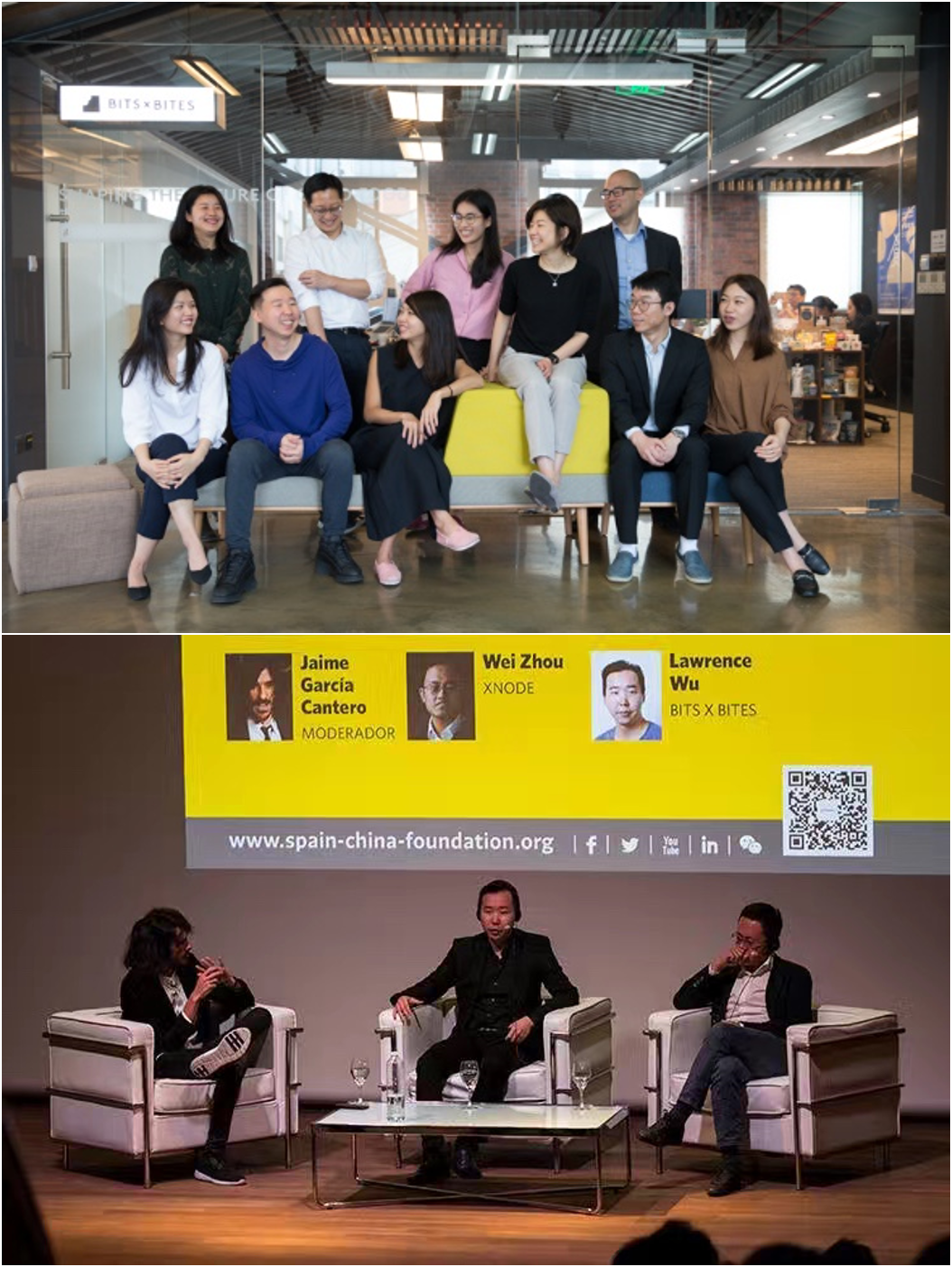 I often get asked by prospects about how to make a career switch to VC if you have a non-traditional background. For me, the key is to be proactive about closing the gaps in your experience. It was around this time that I began to do some angel investing as well, first joining AngelVest in Shanghai, and then later receiving an invitation from YCombinator to join their demo days. My favourite portfolio company is Rebellyous Foods, founded by a former aerospace engineer from Boeing. Her mission was to design and deploy a new generation of processing equipment to make plant-based meat faster, higher quality, and less expensive.

While these experiences were rewarding, I was concerned that even though I had spoken to hundreds of start-ups over the years, I was not as savvy with the finance side of deal making. With an insatiable curiosity to learn and grow during the pandemic, I decided to solidify my foundations through the CEIBS MBA. 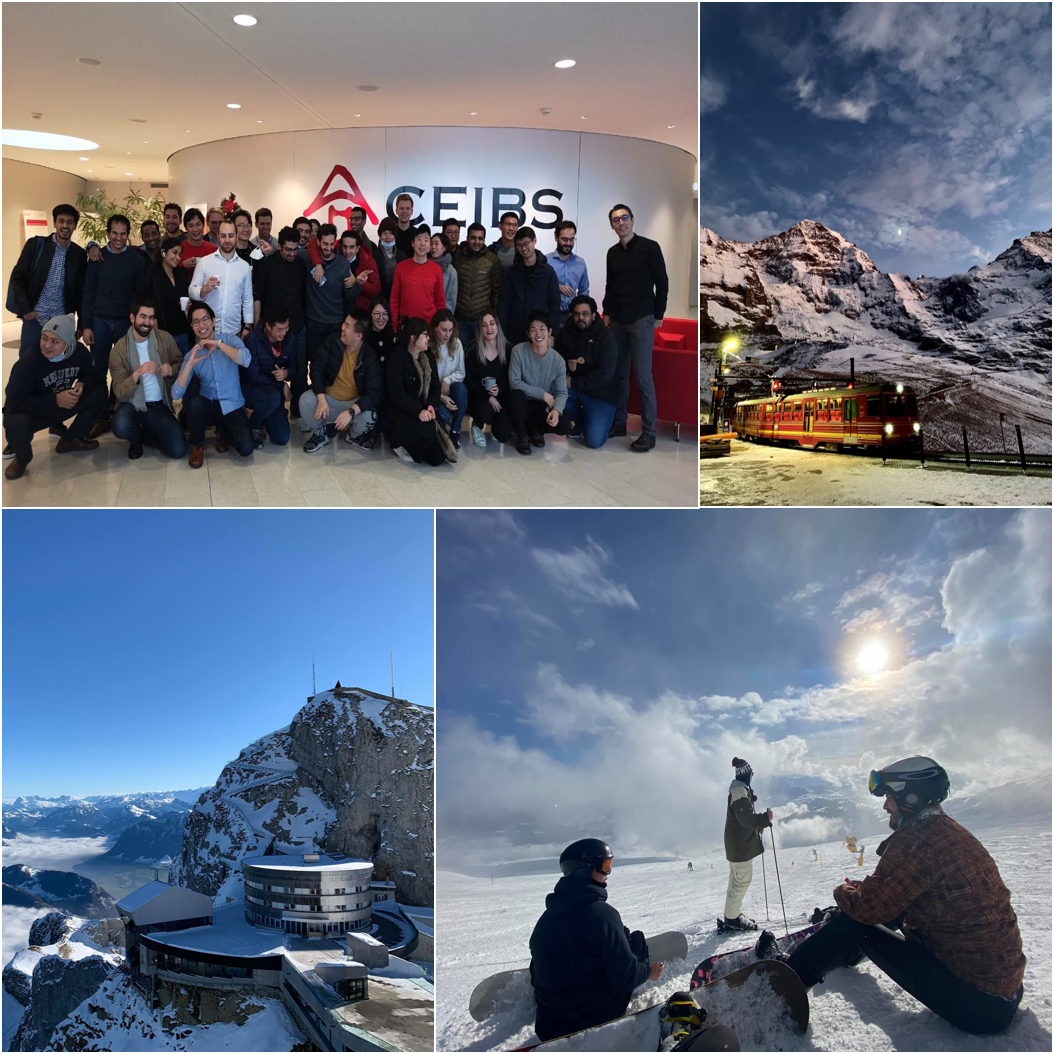 In October 2020, I arrived in Zurich along with 39 other international students and began our Twin-City module where we took hybrid classes in Zurich together with our Shanghai-based classmates. It was a bizarre experience to be in Zurich when it got hit by the second-wave of COVID-19 infections, but we all managed to stay safe and sound as a result of a joint-effort of the students and the school. It was a cold winter in Zurich, but the resilience and bond of our classmates kept each other warm and united for two terms in Zurich during the Twin-City Module.

After two memorable terms in Zurich, I miraculously made it back to China and joined my Shanghai colleagues. It added another dimension to my MBA journey being able to participate in the offline classes and marvellous events provided by the phenomenal student clubs. I remain extremely grateful to meet my Shanghai peers after getting to know many of them through various group projects and outings.

So, what’s next? If the COVID-19 situation comes under control in Japan, I will be heading over to Waseda University in Tokyo to do an exchange programme this fall. If all goes as planned, I may be on my way to inadvertently completing a 16-month global MBA. Either way, I’m looking forward to seeing what the future holds for me after my fortuitous MBA journey at CEIBS.