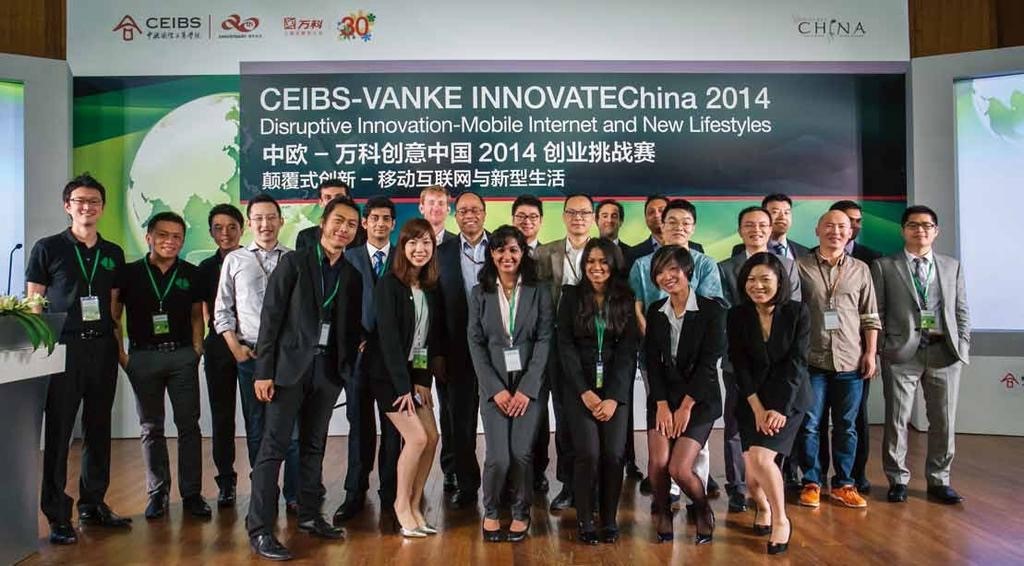 A graduate of the CEIBS MBA Class of 2015, Felix Zhu has had a long and varied career that has taken him from China to the US and back again. Today, he and his wife Morgan are the pulling power behind one of the newest beverage brands to hit Shanghai’s bars, Hard Candy. We caught up with Felix to discuss his recent switch from the world of corporate business to startup entrepreneurism, and how Hard Candy fits into Shanghai’s newfound appreciation for cider.

A self-described ‘oddball’ (professionally speaking), Felix has worked for online gaming firms, managed a bar, and even managed production in China for ‘Lovesac’ (a US brand of giant bean bag furniture). His professional moves have been motivated as much by personal interest and a sense of challenge as much as anything else, so the thought of starting a business of his own is something of a natural fit.

“I’d always wanted to build a business from scratch. It was one of my main motivating factors for taking on an MBA, in fact. I thought that I could use the time to not only broaden my knowledge of business fundamentals, but also build my network and really take the time to think about business on a deeper level, with a view to cultivating one of my own,” Felix says. 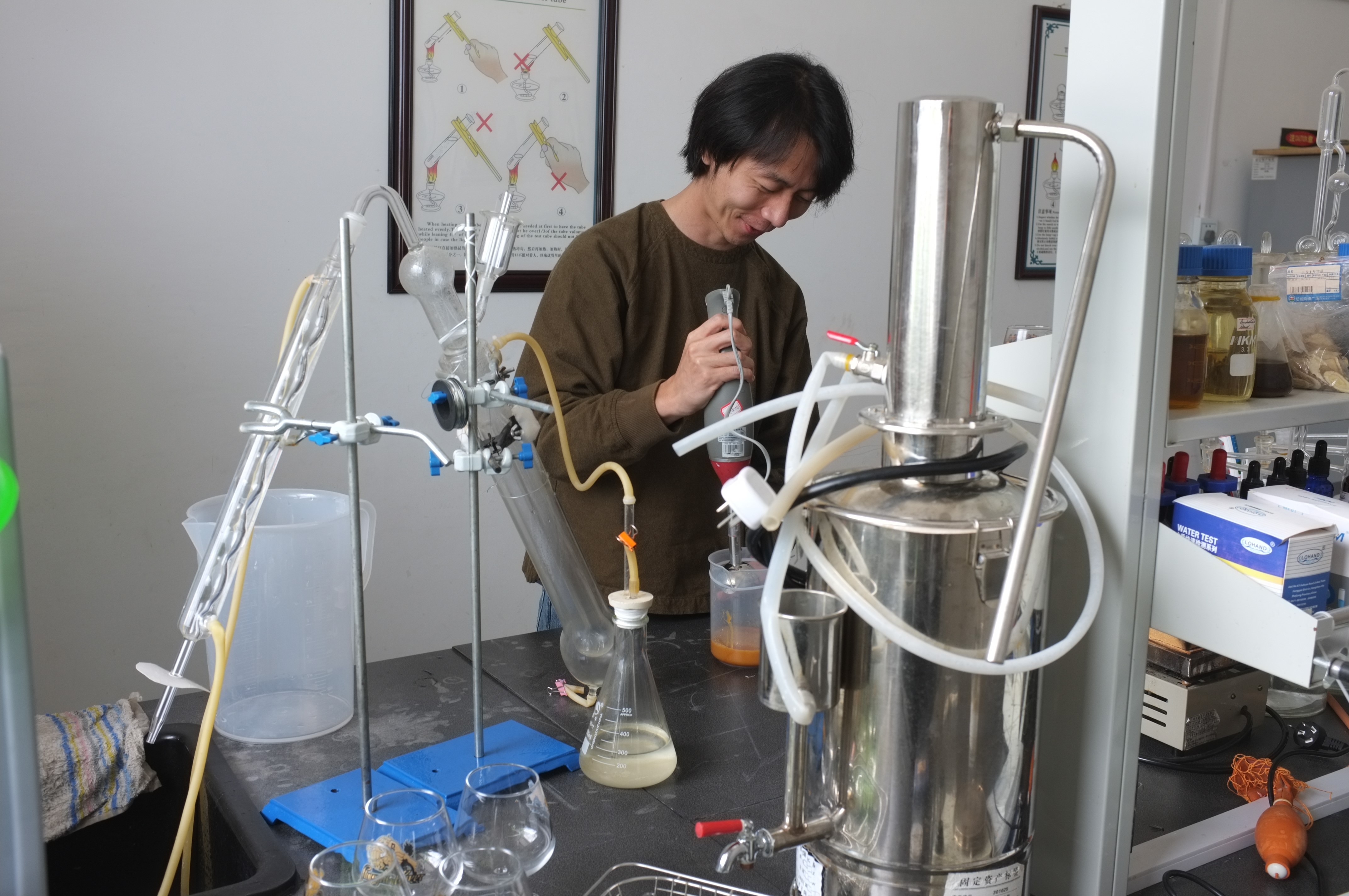 With the ambition of self-starting a business in mind, Felix joined CEIBS in the hope of not only meeting like-minded entrepreneurs, but also soaking up an atmosphere where business is considered from every perspective, in the hope of generating exciting new concepts and solutions.

“Studying an MBA is like planting seeds. You’re covering so many areas: marketing, financing, entrepreneurship, etc., and it takes time for them all to come together in your mind. CEIBS creates a learning environment that tackles the fundamentals vigorously, but also actively encourages you to think broadly. It lets you dabble, experiment, spin out ideas and toss them around with your classmates and professors. This is so important for building a brand-new business – first in your head, then on paper, then in reality. This kind of opportunity, this specific type of learning environment, it doesn’t come along too often. I was very glad I got the chance to enjoy it,” he recalls.

Felix puts much of his academic success in the MBA programme down to his wide-ranging professional experience. It allowed him to get to grips quickly with the diverse elements of the course. He also believes the fact that he wasn’t actively looking to jump into a set career path post-graduation was useful in helping him focus intently on the academic side of the experience.

“Not searching for a job gave me the time and mental space to really engage with my courses and think about the wider ‘philosophy’ of entrepreneurship. I think this was invaluable in helping me consider what kind of business I wanted to create, and how I wanted to go about it. The professors were great at encouraging us to think like entrepreneurs, prompting us to come at any given business challenge with an open and flexible mentality,” Felix explains. 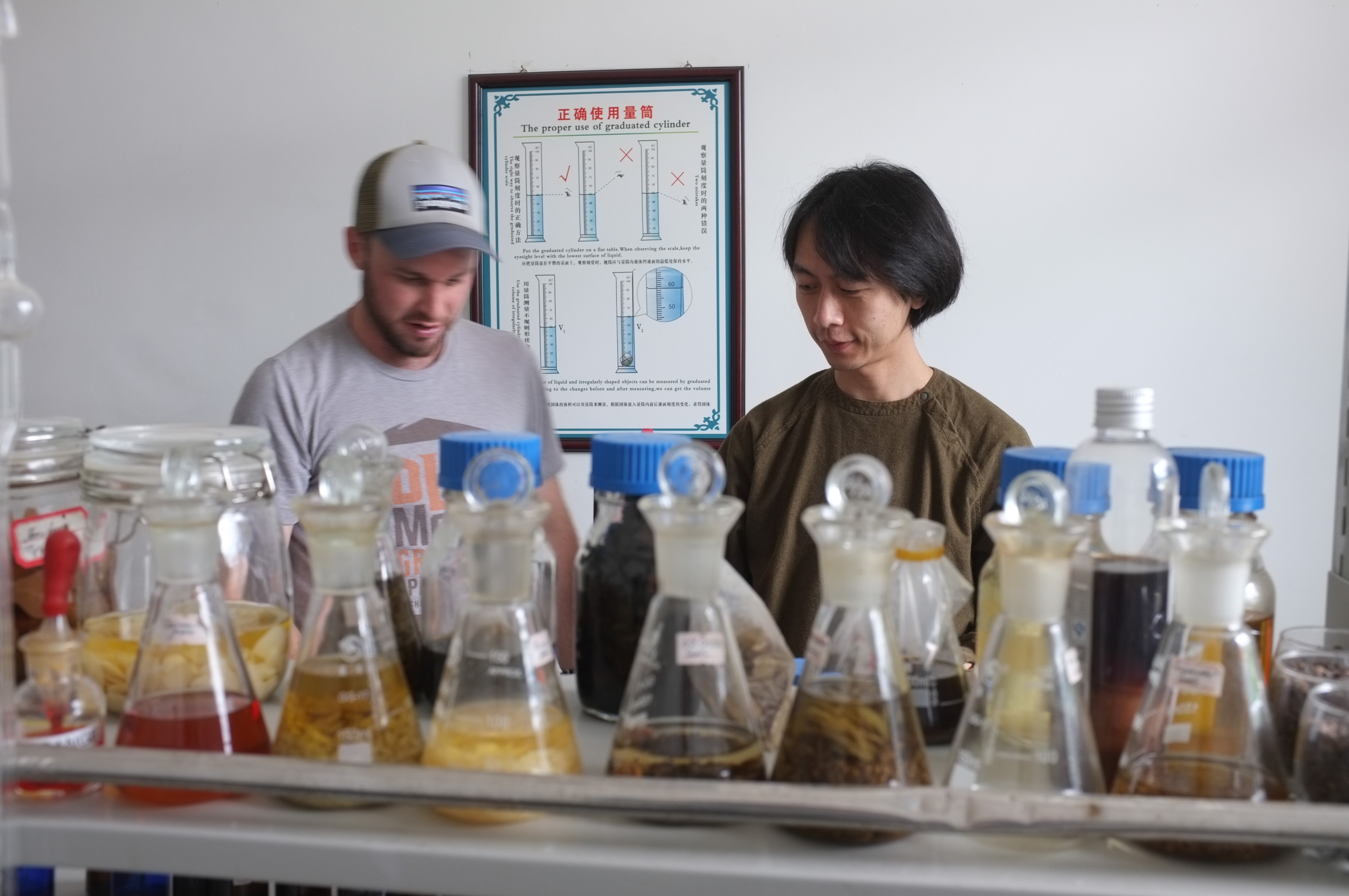 As well as his CEIBS peers and professors, Felix’s wife Morgan is another crucial source of inspiration for him. Throughout their relationship, the pair have maintained a whiteboard at home to mull over potential business ideas after a hard day’s work. Their time at the drawing board was clearly well spent, as the idea for Hard Candy bubbled up during the couple’s trip to Seattle (the ‘craft beer capital’ of the US) in late-2019.

“Initially we had considered creating a soda brand. But competing in such an established market, against the likes of Coca-Cola… that really didn’t appeal. But the concept of building a drinks brand stayed in our minds. Then we saw what was going on in Seattle, where craft cider is becoming extremely popular alongside craft beer, and decided we wanted to bring something new to China,” he says.

Cider itself is a relatively new addition to the alcoholic beverage market in China. However, with more women joining the market, and growing demand for sweet, low alcohol content drinks, it’s a segment that’s primed for a boom period.

Swiftly securing Fraser Kennedy (former brewmaster at Shanghai’s own Goose Island and Dr. Beer), Felix and Morgan began experimenting widely with different flavour combinations. After a long but enjoyable process, Hard Candy’s current flavour offering is blood orange, ginger, berry and peach, and elderflower. This wide variety of flavours is an intentional move to introduce the concept to the Chinese consumer audience and help them find one (or several) that they like.

“The newness of the market is quite helpful in a way. There are no set expectations from the consumer base of what it should taste like. The market just wants a drink that’s fruity, sweet, low alcohol and bubbly. It’s proven to be fertile ground for creating something brand new that captures people’s attention,” he explains.

Hard Candy has indeed been capturing people’s attention. Despite only beginning its opening production run in September 2020, it won silver at the 2021 World Cider Awards, and is now commercially available in several Shanghai venues. The first of these, appropriately enough, was Plan B, a new bar opened by three of Felix’s MBA classmates.

“They started Plan B almost exactly when we got Hard Candy started, so it just clicked immediately. Currently, you can find us ‘on tap’ at places like Mikkeller and Hop Project, and we’re in consultation with retailers including Hema,” he says. 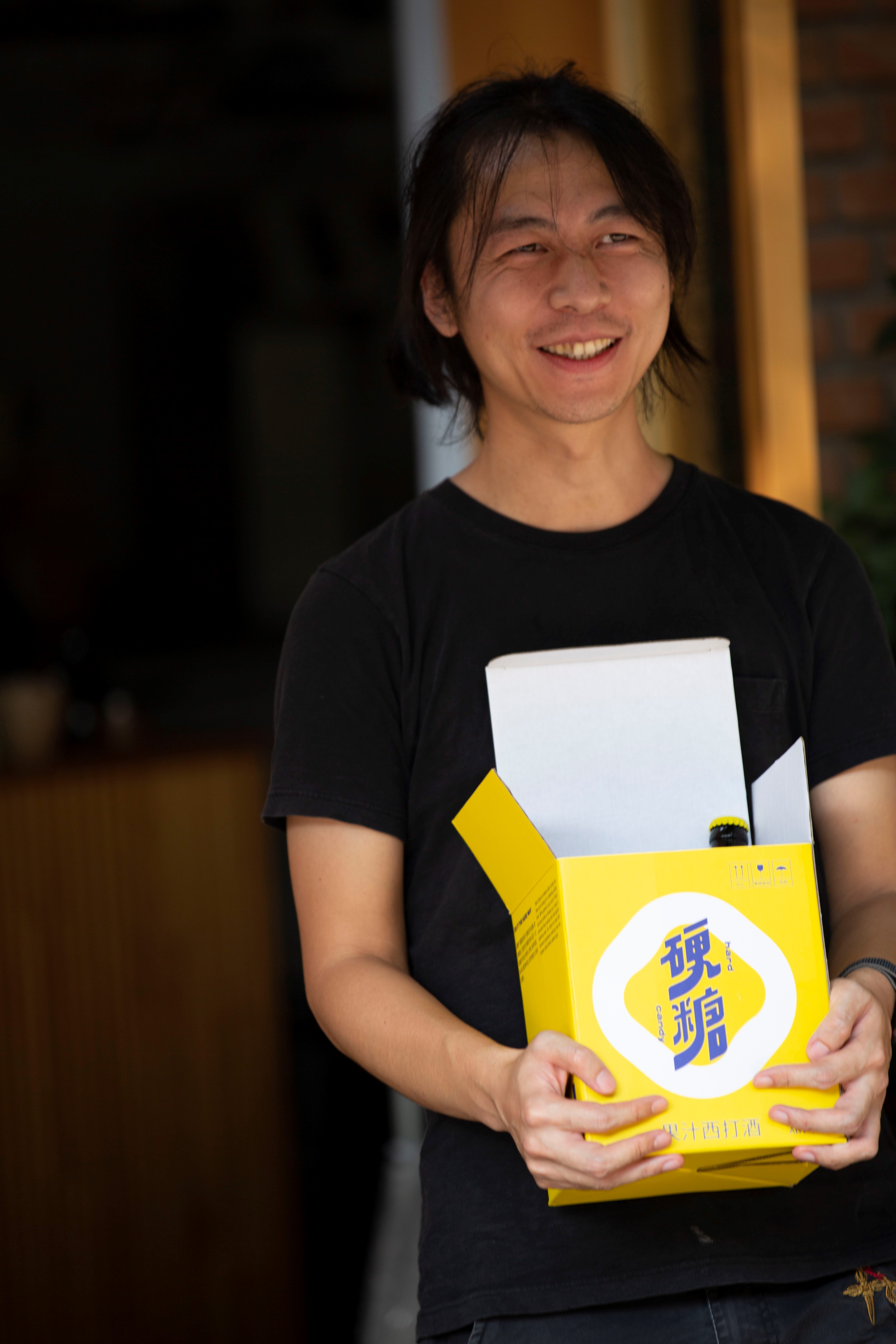 Setting up in a pandemic? No problem

Establishing a new brand – one that’s chasing a new market – in the middle of a pandemic may seem like a major risk, but Felix is quick to point out that these conditions were also favourable for the kind of business he and Morgan envisaged.

“Admittedly, COVID made us ‘hit pause’ for a few months in early 2020, but there are definite advantages to going against the grain. The height of the pandemic got people thinking differently about everything, and were willing to try new things. It was a good time to bring something experimental to market. At the same time, we had far less competition in terms of resources and talent. We were in a better place to step in as a young brand, hand pick our team from people who really understood what we wanted to do, and introduce Hard Candy in a less crowded market,” he says.

Roughly 18 months on from their hectic start, Hard Candy is quickly building a tangible presence and increasing its brand awareness. Felix and Morgan are looking ahead, with a view to establishing it as a sizable brand over the course of the coming decade. It’s an exciting time for them, and also for the Chinese alcoholic drinks market in general. Recent months have clearly shown that there is plenty of room – and demand – for sweet, low-alcohol drink options in Shanghai and other key Chinese territories, so look out for Hard Candy next time you’re at the bar! 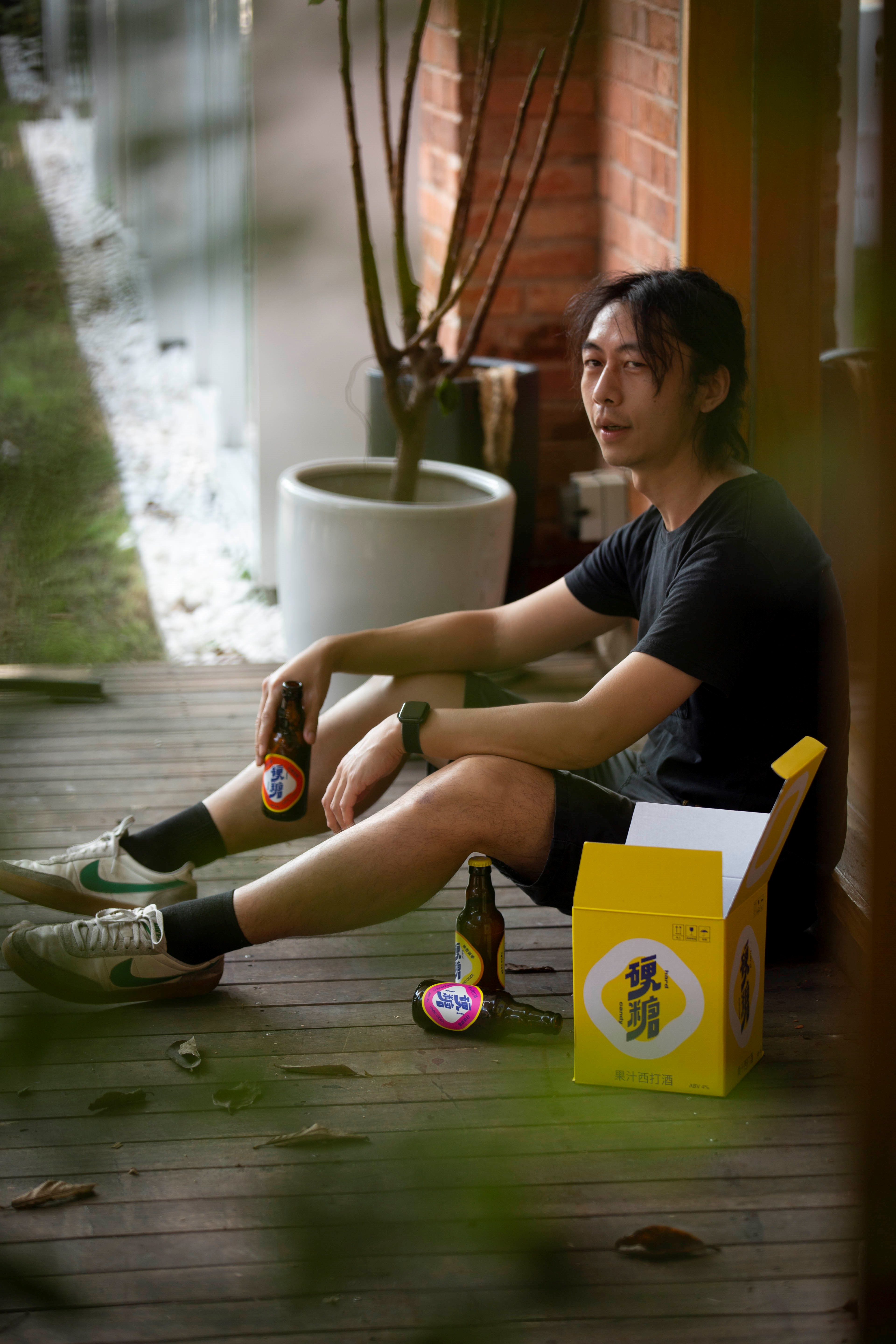 Don’t be afraid to shake things up

Felix’s parting advice is to never shy away from experimenting with new business concepts. He is a firm believer that no experiment in this arena can ever be a failure; it always helps clarify the kind of entrepreneur you want to be, and how you can forge the kind of business you truly want to run.

“Don’t ever be shy in reaching out to your friends and colleagues either. Personally, I’ve never been good at networking, but I found it a lot easier at CEIBS. My classmates and professors were always approachable, they openly wanted to talk about what they were doing, and to hear my ideas too. The alumni network is an amazing source of help and inspiration, so tap into it. Even if you weren’t especially close with a particular classmate, you have a set of shared experiences and a shared language too. You can talk about business in the same way, using shared frameworks that are familiar to you both. This was a big help for someone like me, who’s not a natural networker, and I wholeheartedly recommend that you keep it in mind,” he concludes.

We wish Felix and Morgan the very best of luck with the future of Hard Candy, and look forward to tasting a new tipple or two courtesy of their experiments!

CEIBS MBA – What’s in it for entrepreneurs?

Established in 2015, the CEIBS eLab aims to build up a mini-ecosystem to facilitate the innovative businesses of CEIBS intrepreneurs and entrepreneurs. We provide monthly public events with our partners on topics related to the entrepreneurial ecosystem in Shanghai. We also host private events and in-depth discussions on topics such as government relations, funding and business facilitation.