- MBA 2012’s Eric Seidner on transforming his career in China

Wednesday, January 23, 2019 was no ordinary day for MBA 2012 alum Eric Seidner. The former backpacker-turned-English teacher from the USA left his lane house in Jing’an for his first day at his dream job with Apple in Shanghai.

He’d made it! But amongst the many steps along the way of his dramatic career switch, what specific role did the MBA at CEIBS have to play? Moreover, what can young professionals with non-traditional backgrounds, like Eric, do to gain admission into top MBA programmes? Read on as Eric sits down with MBA Admissions to separate the myths from reality. 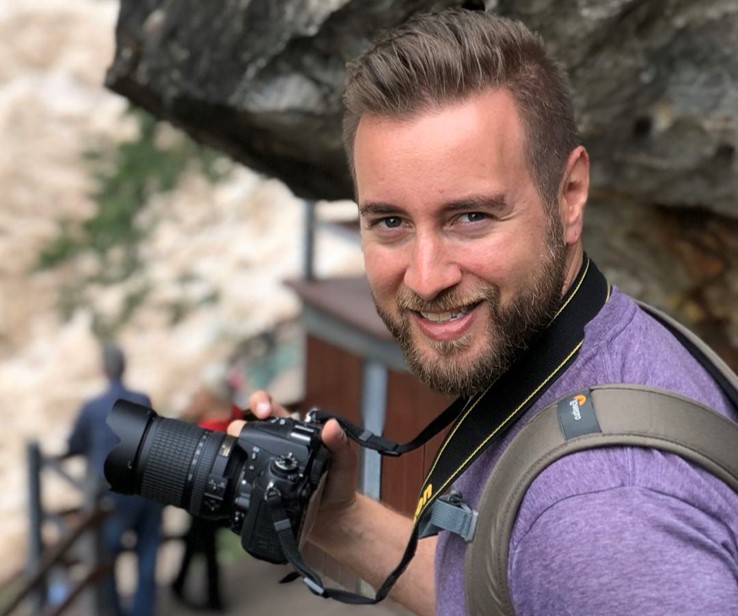 Coming to China on the wings of adventure

After visiting Nepal as part of his undergraduate degree in English with the Buddhist-inspired Naropa University in Colorado, Eric’s post-graduation plan was to head back to Asia as soon as possible.

“First I had to fund my trip. So I worked in hospitality until I had enough money for a one way ticket and living expenses to last me a year and a half,” Eric says. “I guess planning has never been my strong suit, as I have now been in Asia for over fifteen years.”

Having started off in Thailand, Eric returned to Nepal before coming to China, where he quickly turned to teaching first grade students English as a means of funding his backpacking exploits. “I seemed to have a knack for it, and by 2007 I was living in Xiamen teaching business executives and hotel staff,” he reminisces. China was slowly changing from his base for Asian adventures to a home away from home, a feeling that was cemented in 2008 by a visit from his parents.

Eager to share his passion for China, Eric took his parents to Shanghai, taking in the sights of the Bund, the former French Concessions and People’s Square before the dreaded impending analysis of his future career and life choices began. “I guess at that time I was fully aware that I had a hodgepodge of a career. Sure, I had great exposure to a country that was changing so rapidly in front of my eyes. But I had no clear narrative or stamp of approval.” Eric says.

On the final day of their trip, Eric checked his family into a hotel in Pudong on the way to the airport. In the lobby they saw a sign advertising an MBA admissions fair that was taking place later that evening. “It was my mother who pushed me to go and take a look,” Eric says. “So I have her to thank for opening my eyes to CEIBS and what was possible by doing an MBA.”

“My career had no clear narrative or stamp of approval.”

Eric on why he started to consider the MBA

Transforming from a caterpillar to a butterfly

Like all transformations, you grow the most when you are struggling, and admission into the programme was half the battle for Eric. How to compete against young professionals who already had polished academic backgrounds and shiny corporate careers was a question he thought about deeply – then and now.

“When I’m approached by budding MBA students with alternative backgrounds, my advice is if you see it, sell it,” Eric says. “There are thousands of auditors from big four accountancies that want to get into top programmes. How on earth do they differentiate themselves to the interview committee? If you have an alternative background, sell how this has given you an alternative way of looking at a problem and the value that brings to your classmates when working on a case study. If a waiter-turned-English teacher can do it, then so can you!”

After receiving his letter of admission, the second half of the battle for Eric was how to get the most out of the programme and his investment. In the classroom, the CEIBS programme team place MBA students into fixed groups to tackle case studies and assignments together for core courses each semester.

“I felt the school put a lot of effort into balancing the diversity of teams, both in terms of nationalities and industry backgrounds,” says Eric. “I already led a very Chinese life when I came into the programme, but the group work gave me the opportunity to work with extremely talented people from different industries in China. It’s also a safe testing ground for you to try out different communication and leadership styles.”

The rigorous and unrelenting line-up of core courses in the first and second semesters on the MBA includes: Financial Accounting, Data Analytics, Micro and Macro Economics, Strategic Management, Marketing, Entrepreneurial Management, Business Society and Ethics and Corporate Governance. It was the lessons learned in Organisational Behaviour though that made the biggest impact on Eric’s career.

“Many of my classmates didn’t see the allure at the time. They wanted to know how to make money and focused more on the financial topics,” says Eric. “For me though, the lessons from Organisational Behaviour helped separate the leaders from the managers. You can learn how to do regression analysis or manage a P&L, but this won’t matter at all if you can’t inspire and lead your team through difficult times – I still rely on these lessons today.”

“Lessons from OB helped to separate the leaders from the managers.”

Eric on the most valuable core course at CEIBS

Now that Eric was finding his feet academically, he started turning his attention towards making an impact outside of the classroom.

“If you do the assignments, show up for class, and graduate from the programme thinking why am I still a caterpillar and not a butterfly? This is on you!” says Eric. “You have to do something transformative, a defining moment on campus that makes you more than just student #61 out of the entire batch.”

For Eric, his defining moment came in the form of helping CEIBS to become the first carbon neutral school in Asia during his MBA.

“Two super smart science guys from my year, Robert Seiler and Alex Hu, came up with the idea, and they turned to me to help rally the troops,” says Eric. “I helped to get fellow classmates on board, spoke to the school leadership and found an NGO partner that would allow us to plant a forest in Inner Mongolia to offset our carbon emissions. The highlight was being invited to present our journey to peers from other top global schools at the Graduate Business Forum, something I still reflect on today as a cornerstone of my professional and personal development.”

“You have to do something transformative, a defining moment on campus that makes you more than just student #61 out of the entire batch.” 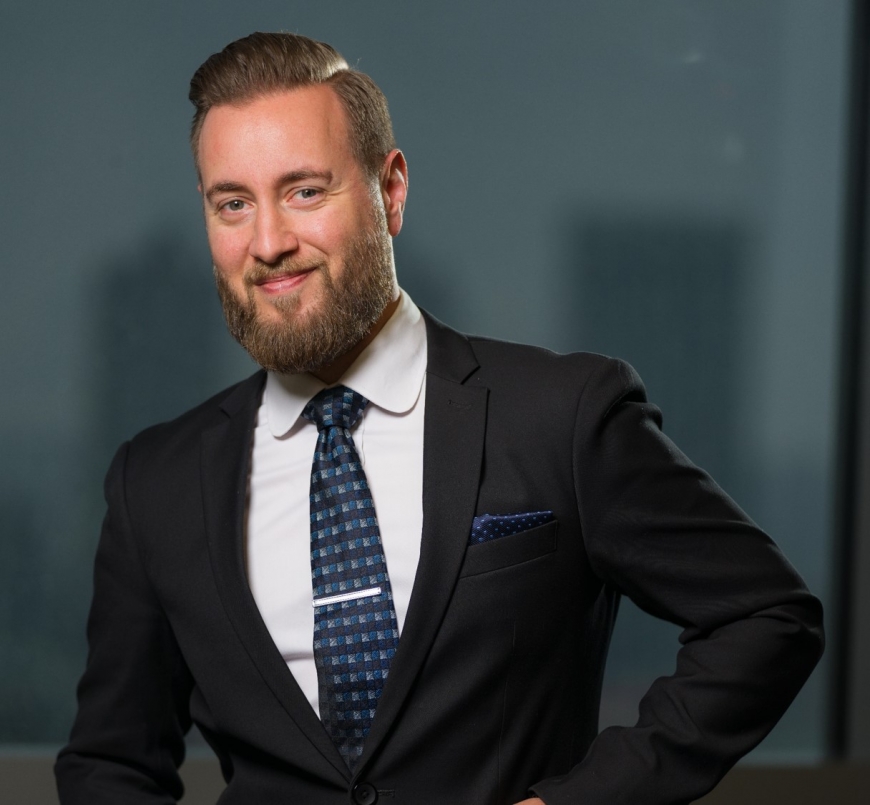 Marathon not a sprint

The road to Apple since graduation has also been a series of corporate stepping stones for Eric. The very first one came on the day of graduation as he received the call to join boutique marketing consultancy group TMRC Impact in a role covering APAC. In his words, a CEIBS MBA got him a seat at the interview, but he had to strengthen other areas of his profile before taking a bite of the Apple.

“This role exposed me to working with big brands, both Chinese and international,” reflects Eric. “It was also nice to travel in Asia again but this time on a bigger budget than in my backpacking days.”

The next jump for Eric was into the wine world, one that has also witnessed a huge transformation in China over the past decade.

“At Summergate, part of the Woolworths Group and a major wine distributor, I spent four years working my way up to the Head of Business Development position,” Eric says. “When the executives came in, I had a lot of leeway to dust off my matrix analysis and strategy project skills and apply them to big customers across China.”

Step by step Eric acquired the skills he needed to apply for his dream job. At which point he did something radical – he applied.

“As Steve Jobs said, you can’t connect the dots looking forward; you can only connect them looking backward. So you have to trust that the dots will somehow connect in your future. Now, I’m part of a large team at Apple, my organisational behaviour takeaways are more important than ever as I’m working to persuade some extremely sharp analytical minds,” says Eric. “But I think it’s similar to reflecting on my career development. If you look at a problem sideways and break it down into manageable pieces, the steps you need to take to achieve your goals become a lot clearer.”