To his close friends, Ken Lin is an adrenaline junkie who ticks something exciting off his bucket list every year; to his high school friends, he is the one who bucked the Ivy League trend to do his undergraduate at the entrepreneurial Babson College; and to his colleagues at Invesco, he is an Associate Director with a portfolio of institutional clients across South East Asia. For the graduating MBA class of 2015 though, Ken Lin will always be the ‘Thai Guy’.

Ken sits down with MBA Admissions to share his CEIBS story and the irony behind his nickname, his German education, wealth management stint in Switzerland and formative years spent in the USA. 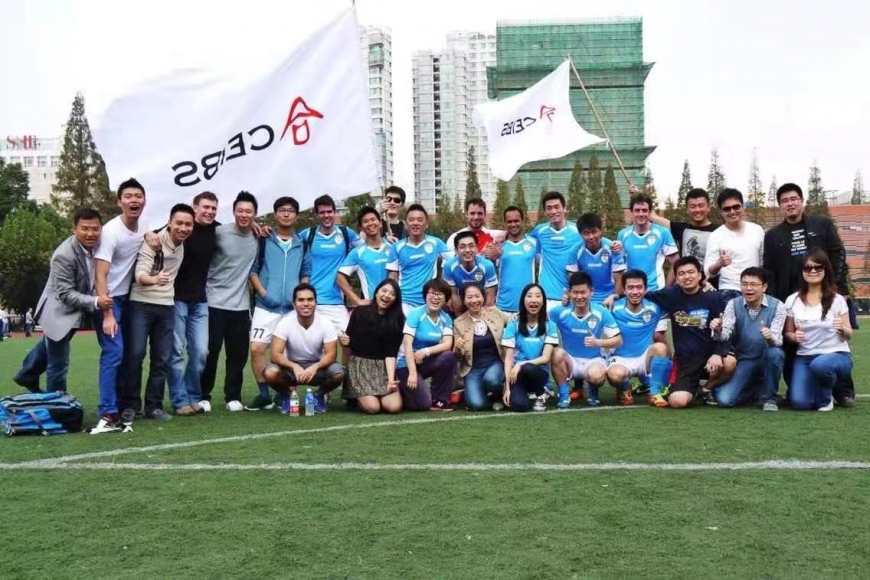 Growing up, Ken spoke English to his father, Thai to his mother and German at school. Although he was born in Thailand, he moved at a very young age to Hong Kong where he stayed until his teenage years. From then it was onto boarding school in Boston, followed by Babson College and three years in asset management under the cloud of the financial crisis.

As his peers began to explore masters of finance and MBA programmes, Ken knew, for him, the decision as to where to study rested on being in the right place at the right time.

“I had a green card to stay in the US, but a nagging feeling that I had unfinished business in Asia. Unlike my friends, I felt that I had already gotten a lot out of my time in America – great friends and a great education – but a US programme would be somewhat predictable and safe,” he says. “My father is actually part of the honorary consulate for Slovakia in Hong Kong, so I first heard about CEIBS from the European side, rather than because of its Chinese prowess.”

Recognising an MBA from CEIBS would help equip him with a globally applicable set of management skills as well as the opportunity to build on his Chinese heritage, Ken enrolled at CEIBS in 2013.

“The Thai alumni community at Babson is very strong, with people many hailing from Chinese heritage, especially the wealthy ones. When I met with the community back then, many young Thai professionals still favoured the US as their preferred study destination,” reflects Ken. “I feel this is changing though. When I engage with the community now, many recognise the growth and also the impact that being close to China will have on their family businesses. So as interest in an MBA in China begins to grow, I am seen as somewhat of a pioneer having already done my MBA at CEIBS.”

Having lived in developed global cities such as Hong Kong, Boston and Zurich, moving to Shanghai offered something both very familiar and very new for Ken. “Put simply, Shanghai is racing,” he says. “There is a lot of talk amongst international students before starting the programme about the perceived culture shock of coming to China. My take is that your daily routine is going to be turned on its head, from ordering breakfast, to taking a taxi and even knowing which kind of receipt to ask for. The best advice is just to strap yourself in and embrace the challenges. Worst case scenario, you will have an interesting story to tell. I haven’t met anyone who has been to China who isn’t full of stories.” 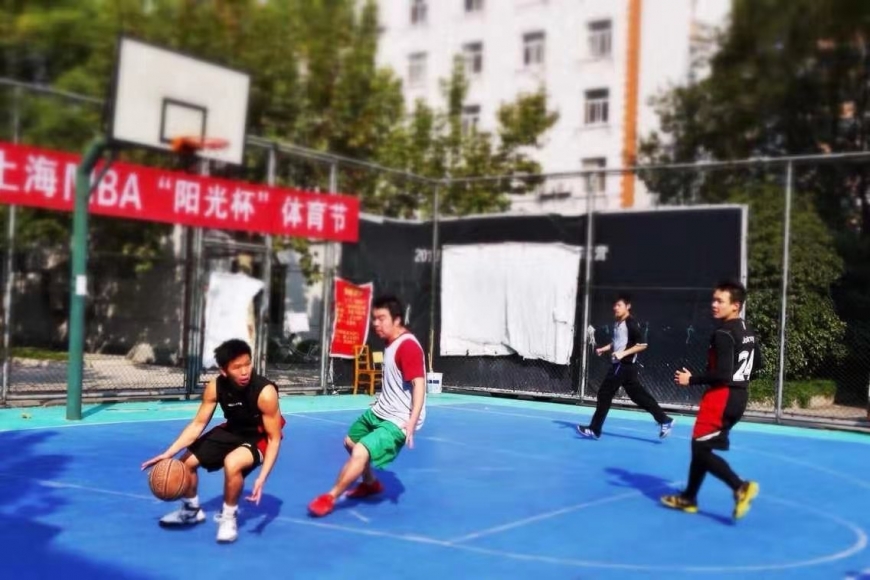 Connecting to the future and connecting with my Chinese heritage

Concerns about adjusting to Shanghai city life quickly faded into the background for Ken as the academic and non-academic commitments at CEIBS began to step up a gear in the winter of 2013. Inside the classroom, Ken valued most the opportunity to understand China from a different perspective, away from the filters of foreign media.

“Naturally, at the start we all brought our own biases into the classroom based on how we had previously understood both China and China within a global context,” he says. “But without getting too philosophical, the structure of the curriculum really helps you understand the priorities from a government and corporate level, considerations such as harmony and stability that add considerable complexity to tackling issues compared to a single-minded focus on capitalism. Running concurrently with this was the daily group assignments with my classmates. In my group, I was fortunate that everyone could speak Chinese, so a lot of the finer details were discussed in Mandarin. This really helped me to improve my language skills and also opened up doors to really see how business is done in China.”

Testing myself in the desert

Away from the classroom, Ken signed up to join his EMBA counterparts in the Gobi desert (another tick off his bucket list) to trek 70km in three days as a part of a cross-school student-led initiative.

“Walking all day and sleeping in a tent at night was designed to test us, individually and as a group,” says Ken. “I remember one of my EMBA peers who had previously completed the challenge sharing some words of advice. He told us his story of struggling to reach the finish line, but after he did, he instantly knew he had the mental fortitude to start his own business because it was the hardest thing he had ever done from an implementation perspective.” 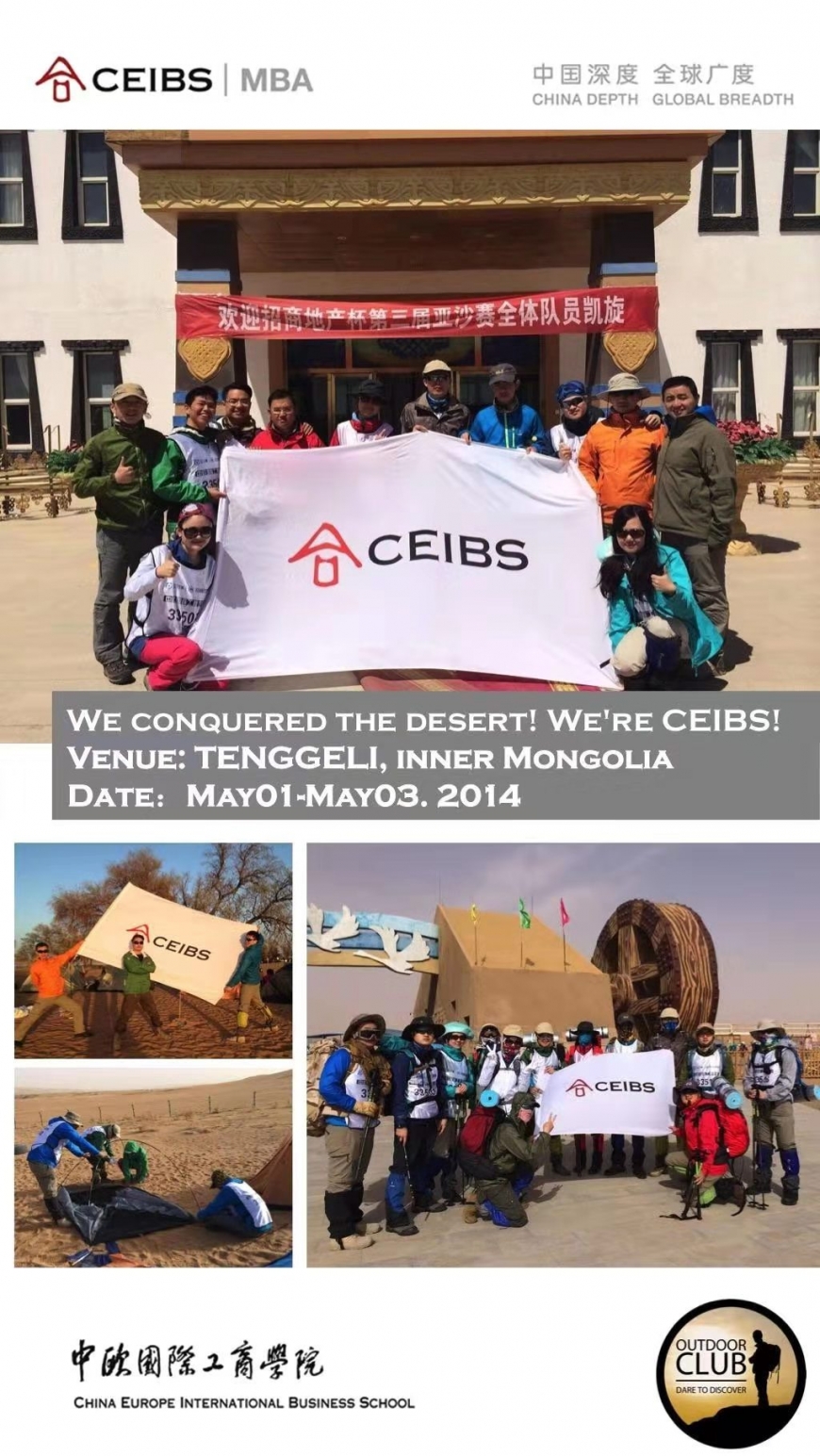 From his desk in Invesco’s office on Hong Kong Island, Ken’s day-to-day work involves making recommendations to banks, insurance firms and pension funds in South East Asia about their fund allocation decisions. Given China is the growth driver for Invesco – especially given the increasing momentum of the China-led Belt and Road Initiative – Ken works closely with his colleagues in the Beijing office.

“I joined Invesco on an MBA development programme that gave me the opportunity to rotate across several departments in strategy, sales and investment,” says Ken. “Now I am client facing, so my knowledge of Asia, of which China is of course a major player, is critical to my success.”

Next up for Ken as 2019 draws to a close is a return to his bucket list.

“As I grow older, and given my focus on finance, I find my list becoming less adventurous as I look at many new challenges from a risk adjusted return perspective,” he admits. “For me, the big goal now is working out how I can continue to leverage the CEIBS alumni community in China and across Asia – so I am excited about 2020.”